Published in:
By Jackie Gutierrez-Jones
They say an apple a day keeps the doctor away.

But... C’mon. We like fruit and all, but it’s going to take a lot more than a humble apple to fortify our booze-swillin’ guts. Now, an applewood-smoked Whisky?

Let’s just say you’ve got our attention.
To find this elusive dram, we had to make our way to Virginia, home of Copper Fox Distillery. That’s where Rick Wasmund, the founder and owner, is taking a play out of the Scotch playbook and producing American-made Whiskies in the Scottish way. And damn if it doesn’t work.

“As a kid, I was in charge of collecting firewood and building the campfires on family camping trips. Later, when building fires for warmth and cooking, I became more aware of the aromatic properties of different woods and the different flavors of wood smoke when used for grilling,” said Rick. 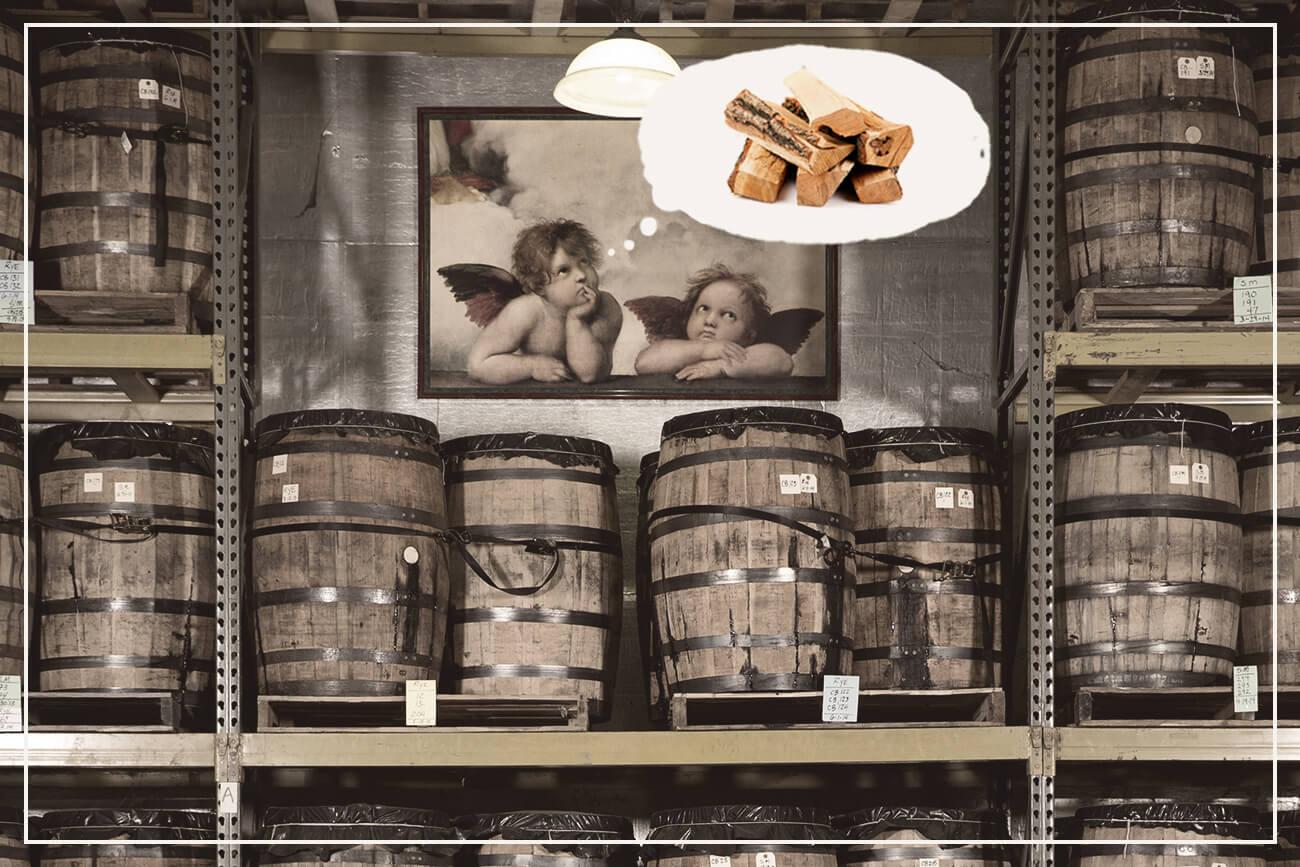 “When I was a little older, I discovered Whisky tasting events with my dad, and fell in love with Scotch Whisky; especially the peaty kind, partly because of the smell of the smoked peat and partly because of the rich fruitiness of the malted barley. Always a curious pain in the ass, (according to my lovely sisters), I wondered… how might Whisky taste if the barley was flavored with fruitwood smoke instead of peat? I began to search for a flavor that I soon discovered did not exist.”

I wondered… how might Whisky taste if the barley was flavored with fruitwood smoke instead of peat? I began to search for a flavor that I soon discovered did not exist.
“And so my preoccupation, my fascination, centered around using maybe a new and—dare I say—better smoke than peat to build the foundation of flavors for the Whisky. I was very fond of the fruitwood: applewood and cherrywood.”

Rick visited a bunch of American distilleries before traveling to the land of storied drams: Scotland. In 2000, he made the journey to Islay where he interned at Bowmore—one of the few distilleries in the world that still malts their own barley. 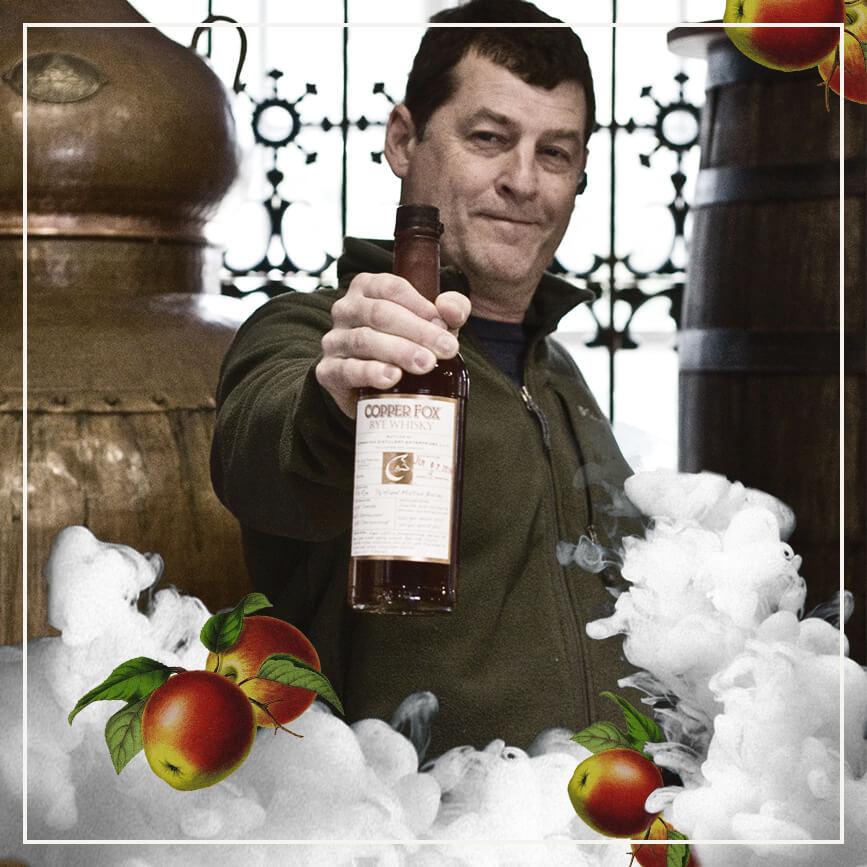 And with his strange notions of using fruitwood, you might think the old-school Whisky producers there thought he’d fallen in with a bad batch of wormwood. One word: nope.
“[The Whisky makers] were very intrigued. And their comment was, you know, ‘just go do it, lad!’ That's how I got the internship offer. But they didn't want to do it, you know. They had their hands full with their method. It was up to me, I figured, to set it loose into the world.”

And in 2003, that’s exactly what he did. He launched Copper Fox in Sperryville, producing the first applewood-aged Whisky in the world.

Yeah—you can quote us on that. And turns out, people love the stuff. So much so, he’s working on expanding a second distillery in Williamsburg.

The dram to keep your eye on is Copper Fox’s Rye Whisky, a heady mix of both cherrywood and applewood smoke.

“Our Copper Fox Rye was our second Whisky. It started with the idea of malting the barley, and we did a lot of experimenting. We ended up with a smoke combination of applewood and cherrywood. So, the barley in our single malt is 60/40 applewood, cherrywood. Then, that Whisky is aged with toasted applewood and oakwood chips right inside the barrels. That way, we’re introducing a new wood into the maturation."

The barley in our single malt is 60/40 applewood, cherrywood. Then, that Whisky is aged with toasted applewood and oakwood chips right inside the barrels.

“Well, it’s two-thirds Rye. It's not smoked or malted, but two-thirds Rye and one-third smoked malt. It's the only Rye in the world with a smoked malt component—and it's the fruit wood smoke. Somehow, some way, the balance of the two just came out exceptionally well and enticing and delicious."

"It’s not an overly smoky Rye in any way, but it's there. And it adds a level of complexity and depth that is not in any other Rye Whisky.” 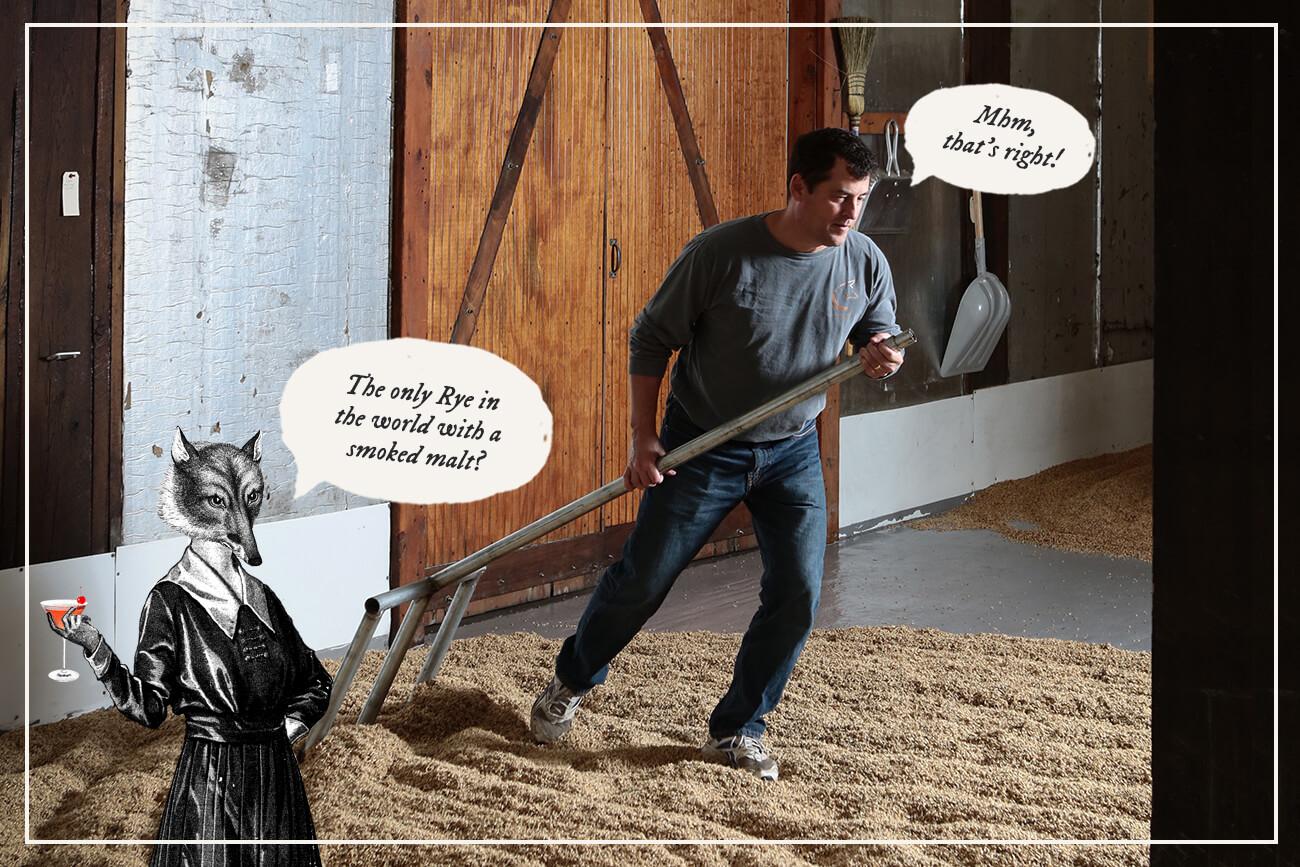 It's the only Rye in the world with a smoked malt component—and it's the fruit wood smoke.
"Personally, I love it neat. Then I usually add a splash of water. But in summertime, I'll often do it on the rocks. And that's what I was doing last night. The Rye on the rocks was a really nice way to go, and it opens up as it goes to the bottom of the glass.”

The road ahead is looking mighty busy for the Copper Fox crew. They’re even looking to add some peach into their smoking mix. 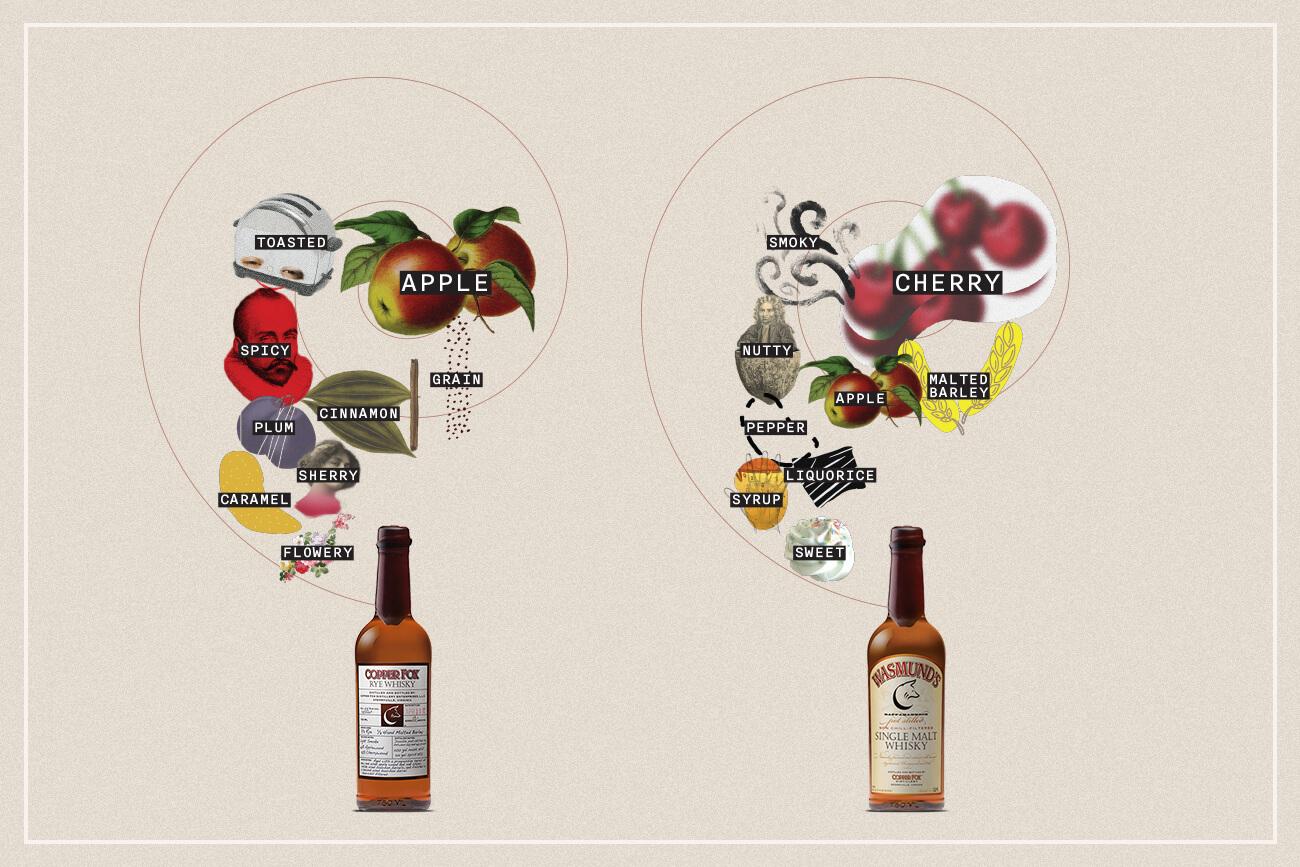 About three years ago we started putting up some peachwood single malt Whisky with peachwood aging, and that's gonna be released within a few weeks. I'm really excited about that.
For his parting words, Rick dropped some Whisky swillin’ wisdom on us: “This really is a different approach, so just have an open mind and enjoy. Raise a glass and see if you can pick apart the difference between the applewood in the barrel versus an applewood smoke in the malt. They're both there and they're both fun to experience.”

Keep an open mind, and raise a glass. Someone get that on a t-shirt, asap. 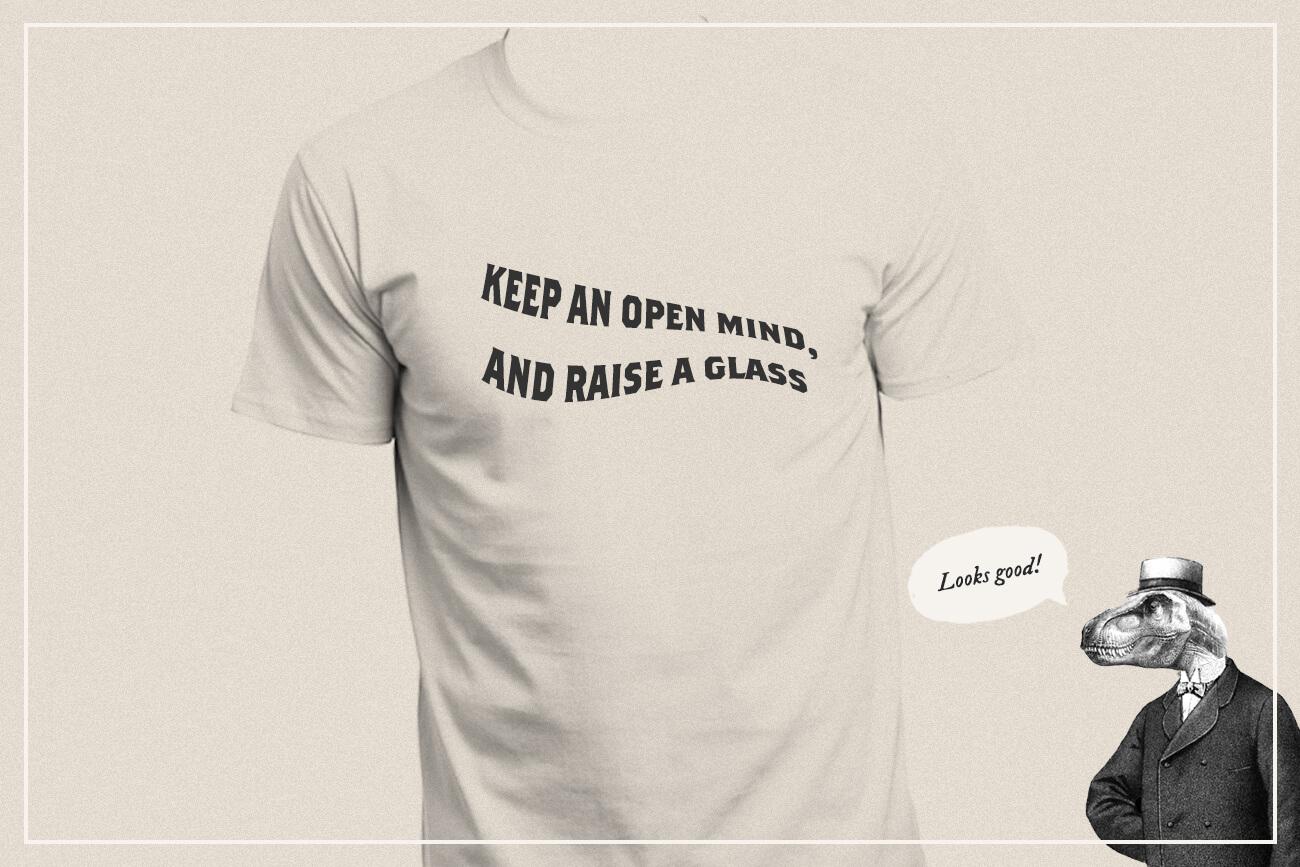 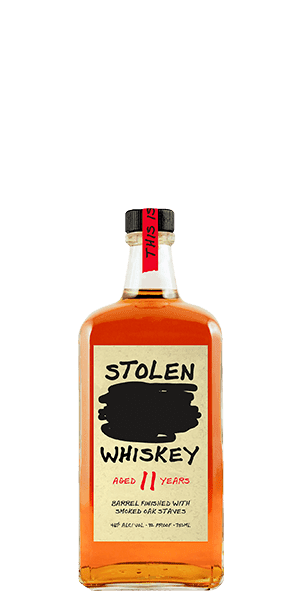 Time to put your knowledge to practice STOLEN 11 Whiskey
STOLEN American Whiskey begins with a mature 11-year-old Whiskey. Ever insatiable, STOLEN tapped into industry experts by adding a layer of artistry rooted in extracting staves from ex-Whiskey barrels and toasting them in a 360-degree rotation over an oak wood fire. Turning the staves at key points during the toast allowed STOLEN to capture richly nuanced flavors across the entire wood gradient, resulting in a smoky consistency for every barrel stave. To impart these fire roasted notes into the Whiskey, STOLEN employs a secondary, barrel-finishing process where “the juice” is continually analyzed for taste and nosed for aroma until it peaks in boldness resulting in an additional layer of finished flavor complexity that differentiates STOLEN Whiskey from other traditional American Whiskies and Bourbons. On the nose is a roasted coffee bouquet that enhances dark fruits and lingers through an exceptionally long finish. On the palate, natural flavors of toasted caramel, dark molasses and smoky chocolate mingle. STOLEN Whiskey’s initial buttery mouthfeel ultimately balances out a bold and lasting finish.
Read more >>>
Read more about:
Published Jul 14th 2017
By Jackie Gutierrez-Jones