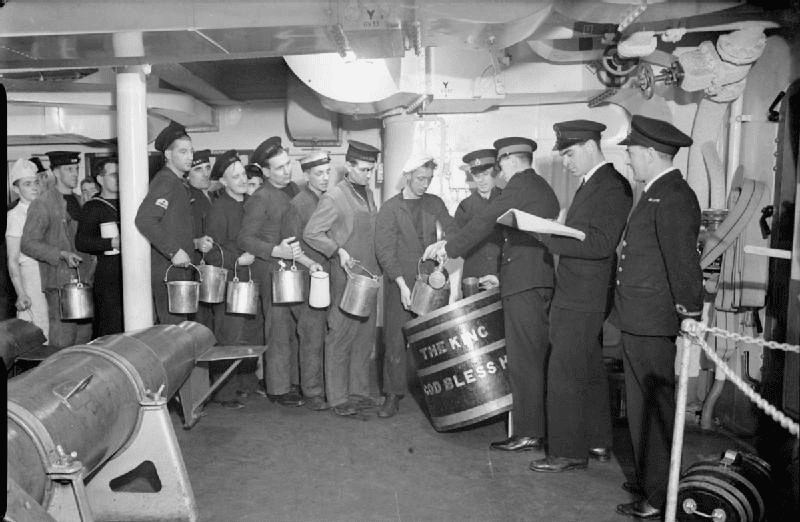 The notion of the daily Rum ration in the British Royal Navy has a somewhat romanticised air these days and whilst I’m certain not looking to put a damper on our forthcoming Black Tot Day celebrations, it’s worth taking a moment to dig a little deeper.

Ever since 1731, when the Royal Navy adopted Rum as it’s the spirit of choice* every sailor was entitled to his daily ration of Rum. Initially, this was half a pint, but gradually this was halved to a quarter of a pint, and then again to a ½ Gill, or 1/8th of a pint… of strong (Overproof) Rum… and double rations on fighting days!

Balance in the fact that being drunk was a punishable offence, so drinking it might have offered some light relief that ended up with a flogging if you ‘enjoyed’ it a little too much! Rum was ideal for long voyages and pretty much the only thing on board ship that actually got better for being stored in a barrel. Water and beer tended to go off quite quickly.

So why were the sailors so attracted to the daily tot?

Well, centuries ago life onboard was pretty awful, and whilst some of those might have genuinely signed up, a large part of the crew could well have been press-ganged into service.

The era of ‘Impressment’ ran from 1664 to 1814 and I think it’s fair to say that if you’d been pressed into service, you were there against your will. Add in the high mortality rate and the fact that it was damn hard work, I’d say that the Rum ration was the only glimmer of ‘awesome’ the poor devils might have had to enjoy.

Of course, those that survived their tour of duty were probably alcoholics by then and so life wasn’t really getting any better for them.

The Beginning of The End?

The ration might have been reduced to a ½ Gill in 1850, but it was still strong stuff and the government of the time wanted to do away with it altogether, but the ‘right and privilege’ of the sailor remained in place for further hundred and twenty years.

In the end, it was a device used to test driver’s fitness to be behind the steering wheel of a car that did for the Royal Navy. 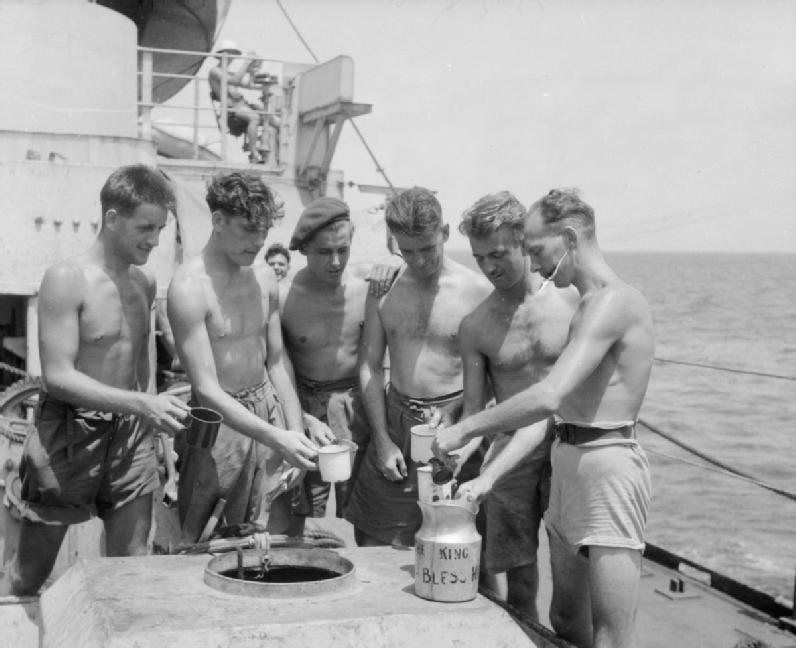 In 1967, the Breathalyzer was introduced and policemen and women up and down the UK were requesting those they suspected of being incapable of driving due to intoxication to ‘blow into the little tube’.

It seems some of the sailors jumping into their cars after returning to port after their tour, fell foul of the breathalyser, losing their licence and fuelling the argument for the daily ration to be discontinued.

How is it that these men are not fit to drive a car, but are fit to operate a very expensive and highly dangerous warship?

A Cause for Celebration?

Sailors would have been sad to see the Rum ration go. It might have been reduced to a mere 1/8th of a pint by the end, but it was still a little light relief or valuable tradable currency, so its passing would have left a void.

When I mention it as currency, I mean that trading some or all of your Rum ration in return for help given was a viable option and so a favour, or debt owed might demand any one of the following, depending on the severity:
- A ‘Wet’ = a tiny, tiny sip! 3 ‘wets’ equalled 1 sip.
- A ‘Sip’. 3 sips equalled one gulp.
- A ‘Gulp’. 3 gulps equalled one entire tot.
- A ‘Downer’ (a.k.a Sandy Bottoms) was the entire tot. My Grandfather served in the Royal Navy during the Second World War and this is a time when once again, you’d find people who had been forced to sign up and therefore didn’t want to be there.

He told me that the serving of the Rum ration wasn’t always a jovial affair. Men could get surly or aggressive with a measure of strong spirits inside them; alcohol often releases inhibitions for good and bad. There were those that tried to save up their rations and then get properly drunk.

Towards the beginning of the war, the ration was pre-mixed (three parts water, to one part Rum) and the excess was poured over the side of the ship. Granddad recalled that the sailors would try to catch the Rum in their cups before it hit the deep and briny! This level of wastage couldn’t be maintained during a time of war, and so in the end, a single measure was poured in the sailor’s mug and it was then topped with the appropriate amount of water. An officer had to be posted to ensure the mugs were level rather than tipped forward as the sailors tried to reduce the amount of water that was added.

The Original Guardians of Rum

It was the Royal Navy’s demand for certain integral marques of Rum that were key to the blend, that ensured certain producers maintained their pot stills rather than move on to the more cost and volume efficient, modern column stills.

And so, while the Royal Navy has given up its ration, the availability of characterful Rum in the modern era could in no small part be due to their Rum-thirsty 300+ year habit. I can drink to that! Up spirits!