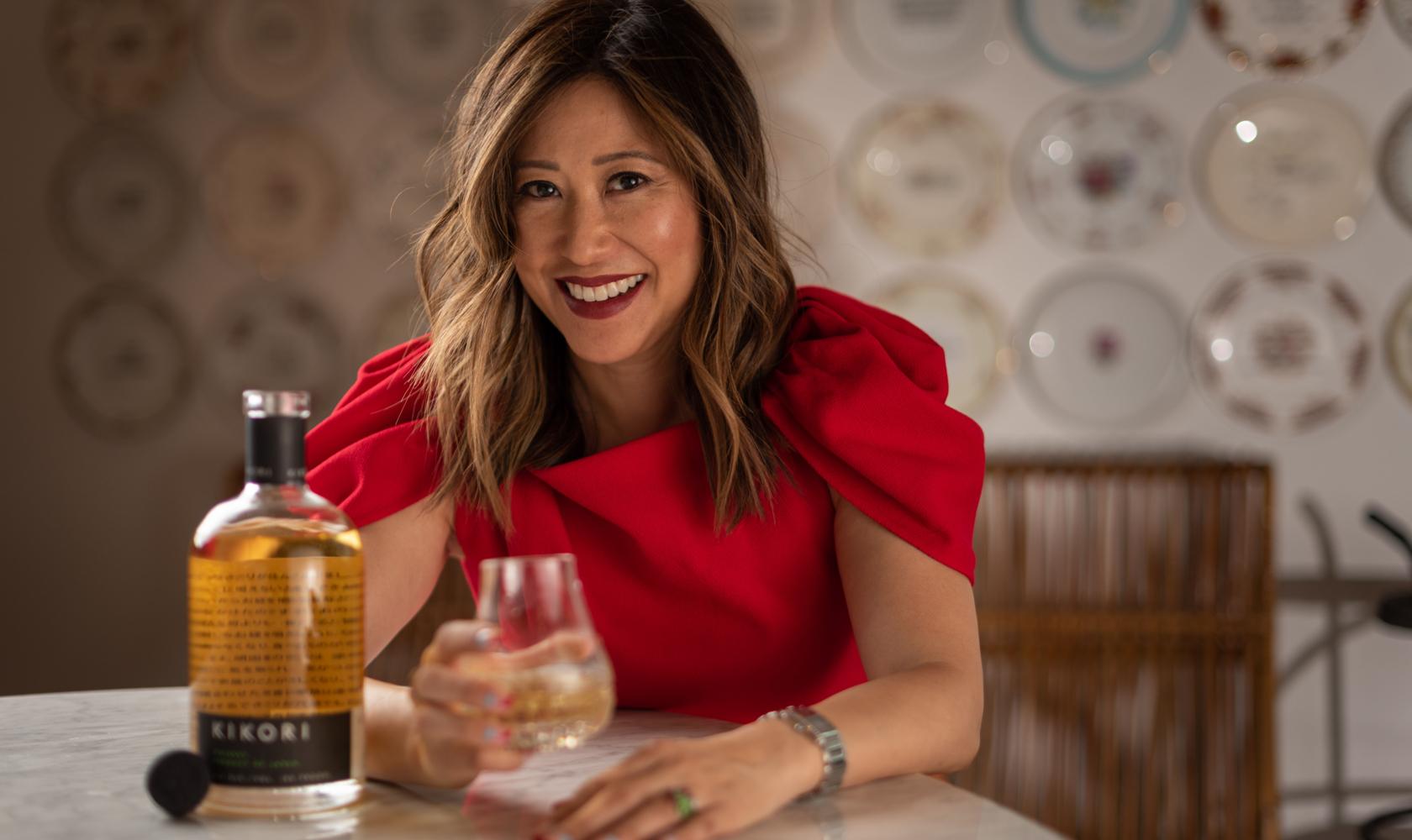 Almost as revolutionary as Kamala Harris becoming the first person of South Asian descent to hold the Office of the Vice President of the USA, another female representative Ann Soh Woods stirred the Spirits industry by founding Kikori Whiskey.
We sat down with Ann Soh Woods to join the celebration of the Asian and Pacific Islander community through conversation and, of course, Spirit.

Asian American and Pacific Heritage Month started as a Pacific/Asian American Heritage Week in the late 1970s with Joint Resolution 540. Then in 1992, Congress passed Public Law 102-450, which annually designated May as Asian/Pacific American Heritage Month. The month of May was chosen to commemorate the immigration of the first Japanese population to the United States on May 7, 1843, and to mark the anniversary of the transcontinental railroad's completion on May 10, 1869.

Today, AAPI Heritage Month represents many things one should look into to understand better the community, the individual experience, and the environment shaping the AAPI population.

We are grateful and fortunate that Ann Soh Woods agreed to walk us through some of the most particular ones. As a Korean-American founder of Japanese Whiskey, what does AAPI Heritage Month mean to Soh Woods? ‘‘For me, AAPI Heritage Month is about celebrating the rich history of Asian Americans and Pacific Islanders. This is a community that has played, and continues to play, a significant role in contributing to a diverse and dynamic America.’’  Soh Woods explains further why it is essential to her:

‘‘It's important to break down and challenge stereotypes. The Asian American Pacific Islander community is vast and has considerable diversity. There are stereotypes of Asian Americans as the model minority**, educated and successful when in fact, there is a significant population of the AAPI community living below the poverty line.’’

Asian/Pacific Americans are too often invisible, she adds, and in her book, discussing the uncomfortable subjects - like inappropriate, racially charged humor at AAPI expense, for example - is a tremendous step in the right direction.

Focusing on the positive

There is a lot to be said and done on the part of the non-Asian/Pacific communities of the world in terms of respect and acceptance, but what is the best way for said groups to celebrate AAPI Heritage Month? Soh Woods explains:

‘‘A great way is to support Asian establishments - dining, retail, artists, craftspeople, etc. Investing a little bit of time exploring and learning about important Asian Americans in history can be fascinating and offers insight into their struggles and achievements.’’

‘‘There are also many books, stories, and blogs written by those in the AAPI community about their personal journey. There is a great virtual bystander video produced by Asian Americans Advancing Justice and Hollaback! It's free and offers an excellent overview on how to safely intervene if you encounter or observe harassment or other threatening behavior.’’

She recommends a 5-film series called ‘‘Asian Americans” that takes a close look at the contributions of Asian Americans through time, now streaming on PBS, and a book by the poet and essayist Cathy Hong Park ‘‘Minor Feelings: An Asian American Reckoning”.

Both credibly explore the Asian American experience in Soh Woods' eyes. She also loves Netflix's film ‘‘To All the Boys I Loved Before”.

Expand your knowledge of the Asian/Pacific Spirit brands and types

At Flaviar, we seek out, support, and try to actively illuminate the wonderful, diverse world of AAPI-owned Spirits brands all year long, but in the month designated to celebrate the Asian American and Pacific Islander community, we invite you to brush up on our Asian/Pacific Spirit types like Japanese Whisky, Taiwanese Whisky, Shochu, Baiju, and Sake.

Here are some videos to make your explorative senses tingle. Learn more about: What is Shochu?, What is Baijiu?, or see The Boozy Guide to Japan.

Now that we have your tastebuds' attention: we created a list highlighting the undeniable presence of Asian/Pacific craftsmanship in the world of Spirits to help you sort through all of the deliciousness.

Starting with Kikori - a unique rice Whiskey brand with a compassionate mindset. Soh Woods runs a company in which the majority of staff are female and works to create a family-friendly environment with a satisfying work/life balance.

Producing some of the world's most intriguing liquors like Nikka, Suntory, Yamazaki, Ohishi, The Mikumi, Kensei, Kaiyo, Etsu, KiNoBi, Kura, Matsui Shuzo Distillery, Yamazakura, and Akashi, to name-drop just a few of our faves, Japan is a force to be reckoned with in the Spirits world. These brands and more are available at Flaviar at the moment.

So for the partial to the mentioned category, we wholeheartedly recommend you check out Kodama, Mizu, Kuroki Honten, Munemasa, Watanabe, Yanagita, iichiko. As far as Sake goes, we have one word for you: Tyku.

The vivacious Taiwanese Whisky scene spotlight seems to shine brightest on the award-winning Kavalan Whiskey from the King Car Distillery. But from the heart of Taiwan comes another aficionado's darling - The Omar Whisky from the Nantou distillery.

Both are firmly rooted in the Scottish tradition, but each is unique and a worthy opponent at all the major international Spirit competitions due to the distillers' creativity, passion, and perfectionism.

Whisky produced in India is mostly a molasses-derived Spirit, but for pioneers of Indian Single Malt, look no further than The Amrut Distillery.

Paul John Single Malt and Rampur Indian Single Malt from the foothills of the Himalayas also produce some serious Whisky every connoisseur should know.

Baiju. This hidden gem translates directly as ‘‘white Spirit” made from sorghum and other grains and fermented in stone pits or jars. Try Ming River or Kweichow Moutai if you like to keep your drinks interesting and diverse.

There is something brewing in a micro-distillery on the island of Maui for the lovers of Vodka. How does Pau Maui Vodka sound? Like a remarkably pure Spirit distilled from Pineapple. An expression of gratitude for the local natural treasures and love for the Hawaiian people. Aloha, we’ll have one.

Now that we got you covered with all the tasty contributions of AAPI to our colorful world of Spirits, a few ‘‘further reading’’ suggestions, and some food for thought. We encourage you to explore, enjoy, and experiment with Asian/Pacific flavors this May, thus keeping the ‘‘why’’ in mind.

To sum up the introduction and kick off the festivities, we wanted to know the little things that non-AAPI people can do to respectfully and productively uplift the people of Asian/Pacific heritage in general.

As someone whose favorite saying is: ‘‘Don't confuse efforts with results,’’ Soh Woods keeps it simple: ‘‘Just follow the Golden Rule - treat everyone how you would like to be treated.’’ We will toast to that! 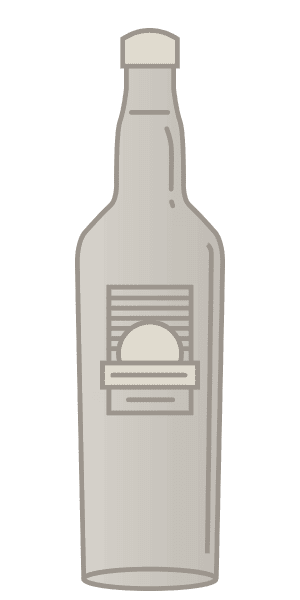