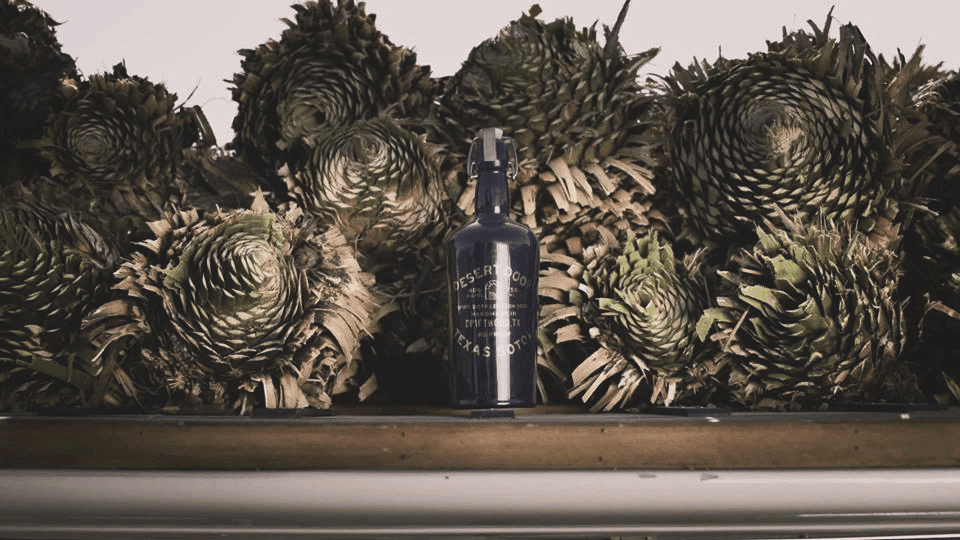 A long time ago Americans traveled to Mexican border towns to experience something they could never find in the United States, and most of it had something to do with agave Spirits.

During Prohibition Americans crossed the border to drink and, occasionally smuggle, agave Spirits. During the golden age of Hollywood bartenders in Tijuana possibly invented but definitely popularized the Margarita which is now the United State’s if not the world’s most popular cocktail.

Later every day Americans clued into the amazing culinary and cultural paradise that is Mexico and had their first sips of great Beers, Mezcals, and the amazing cornucopia of Mexican alcoholic beverages.

Mexican Spirits continue to have an amazing power over American lives. Most of the Tequila and Mezcal produced in Mexico is exported here (a recent article found that California alone accounted for 30% of Oaxacan Mezcal).

We love our Margaritas, we love sipping those Spirits, and we certainly love Mexican Beers as well. But over the past few years a few intrepid Americans decided that they wanted to try their hands at making Spirits the Mexican way: They’ve started making Spirits from agave and sotol.

Since the US/Mexican border is a relatively fluid concept, it’s a political border crossed by ecosystems and people for time immemorial, what has happened in one country never actually stayed there, least of all for Spirits.

There is a band of Apaches named the “Mescalero Apache”, there is archeological evidence that the native peoples of the region traveled far north into what is now the US and back into what is now Mexico as part of vast trade networks. And, there is ample evidence that distilling from the agave and sotol plants that are the basis of Mexican Spirits has been happening since at least Prohibition in Arizona.

Mezcal will never come from the US, but Sotol already does

But let’s be honest, Mexico produces tens of thousands of liters of Spirits made from agave and sotol. It’s not going away any time soon as the major source for these things and, for many people, there’s no reason to think of anything but great Mexican Tequilas, Mezcals, and Sotols because

a) they tend to be of high quality and

b) that’s all you’ll find in your local bar or liquor store.

A post shared by The Brass Tap (@thebrasstapwiregrass) on

That hasn’t stopped many people from making them because there’s nothing like a distilling challenge to excite a craft distiller. Just to give you an idea of some of the projects that I know about right this second:

One of the most important things about them is who can call their Spirits what. Remember those marketing campaigns about Champagne - you can’t call anything made outside of the region of Champagne and not certified as “Champagne” by the board that governs that name “Champagne.” Call it sparkling Wine, make up a name, or if you’re part of another group like Prosecco or Cava, you can call it that.

These are all demonstrations of appellations also known as denomination name control. See, the country of France owns the label “Champagne,” defines who gets to use it, and has gotten most of the countries it trades with to agree to those rules.

The same thing is true of many of your favorite foods like Parmesan or Comte cheeses. That’s also true of Mezcal and Tequila from Mexico because the Mexican government defined those names, works with denomination authorities in Mexico to maintain them, and struck trade deals to get the rest of the world to accept them. But not all of them.

Mezcal was recognized by NAFTA in 1994 and Tequila earlier but since then other denominations have emerged in Mexico for Spirits like Sotol, Raicilla, and Bacanora. To date these names and all the Mexican rules that govern them haven’t been accepted by the US and many other countries. That means you can go out and make a Spirit in the US and use any of those names legally. And that’s exactly what some distillers are doing.

The United States of Agave (and Sotol)

Plants don’t respect boundaries so agave (the plant used for Tequila, Mezcal, Bacanora, Raicilla, and many other Mexican Spirits) grows freely in the US, especially in the arid Southwest. Sotol is a different plant that grows widely in the Chihuahuan and Sonoran Deserts in Mexico and in the US and even into the coastal ranges of California. Mexicans have been distilling sotol using the same techniques as agave Spirits for hundreds of years but just recently created a denomination for it.

Relatively recently, distillers in the U.S. started experimenting with both plants. Years ago St. George Spirits in Alameda brought in a batch of Mexican agave to make an agave Spirit but just recently they have been distilling a batch of agave grown north of Sacramento. They don’t have a final name for this product but definitely won’t be calling it “Mezcal” because that would be illegal. Their bottles will most likely be labeled as “agave Spirit.”

Meanwhile down in Santa Barbara County Ventura Spirits has produced “Paloma” from local agaves. Both projects worked closely with local farmers to bring the local agave terroir to life.

What unites these projects is the desire for experimentation. Agave and sotol are very attractive to many distillers exactly because they’re so strange and unique. The end result of their experiments are illuminating exactly because they don’t have the same background of cultural memory and anchor to define their Spirits. They’re distilling to their tastes with different techniques and, mostly, raw materials from a different terroir. And they’re in love with bringing those unique characteristics out of the still.

Years ago when I interviewed Mike Groener about Genius Liquids’ experiment with a local Sotol it sounded like a tortuous road to a Spirit but since then a variety of other distillers have joined the Sotol parade including Desert Door Sotol.

By all accounts there certainly is a huge amount of sotol in Texas and probably elsewhere in the Chihuahua desert as it spreads from Mexico into Texas and New Mexico. These are very localized versions of that Spirit, extremely herbal, and full of a different idea of what Sotol can be.

Meanwhile back in Mexico there is a lot of discussion about these US agave Spirits. Some brand owners have told me that they’re happy, the more the merrier, because it’s a worthwhile venture and because it will raise the profile of their distinctly Mexican Spirits. Others aren’t so sanguine because they see this as exploiting a distinctly Mexican culture and building a business on one of the few things that Mexico can actually own.

A post shared by Settin’ The Bar (@settinthebar) on

To step back a bit, ever since the US grabbed a huge chunk of Spanish territory, there has been a bit of friction between the two countries which has only expanded as the US has gotten richer and exploited Mexican labor north and south of the border while also spawning the drug war.

Many Mexicans look at Spirits like Tequila and Mezcal as their national heritage, a heritage that they’re just starting to exploit economically and enjoy some international recognition for. In a broad sense there’s a response of “Wait a second, you in the US did all this damage to us and now you’re taking the one thing that we can actually lay claim to historically just when we’re building a market for it? And it really is our national heritage, not just something to drink in a cocktail!”

The conversation is just getting started because these projects in the US are small by any comparison. As I said, you’d be hard pressed to find any of these US made agave or sotol Spirits in your local liquor store while you’ll find plenty of great Mexican products have only improved in quality and variety in recent years. They look to continue that growth so there may be room for everyone to define their own Spirited identity.