Buyer Protection
Money-back guarantee if things go wrong.
A mix of two mash bills yielding an American Whiskey that screams for a cocktail.

At Wyoming Whiskey they are proud of their state and their Spirits. The distillery was founded in 2009 by Kate and Brad Mead and their friend David DeFazio. But they had the help of an experienced guiding hand — Steve Nally, former master distiller at Makers Mark. The first commercial Whiskey was released as a four year old in 2012, but they state that all current Whiskies are a minimum of five years old. Importantly, they state loud and clear that none of their Spirits are sourced. Every drop is distilled and aged on site at their facility in the Big Horn Basin of Wyoming, all the grains are farmed within one hundred miles, and the water comes forma local well sunk into an ancient limestone aquifer. And you’ve just got to respect that.

Wyoming Whiskey Outryder is the perfect name for this Whiskey. That’s because it follows a different mash bill than all it’s brother and sister Spirits at the distillery. It’s half the normal mix, and then half a whiskey formulation that does not follow any rule of conformity — 48% winter rye, 40% corn, and 12% malted barley. They also bottled it at 50% ABV. It’s an Outryder, get it? But that makes the net result hard to name, but easy to sip. It’s spicier, but not as spicy as a Rye Whiskey. It does go down easy though, but at this high proof, it feels like a great cocktail mixing Whiskey to us.

The Flavor Spiral™ shows the most common flavors that you'll taste in Wyoming Whiskey Outryder and gives you a chance to have a taste of it before actually tasting it. 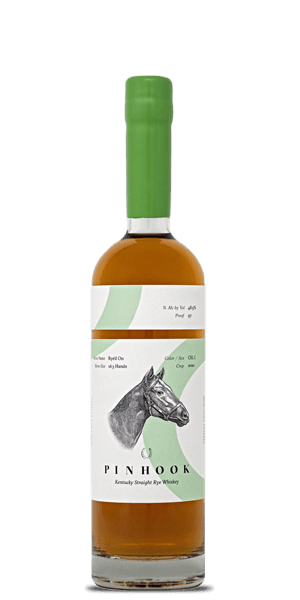