Before we start, what's an American Whiskey? Well, it's any Whiskey from the Land of the Free that doesn't fit into the category of Bourbon or rye. It usually means a different proportion of grains used for mashing, and in the case of Van Brunt's American Whiskey it means it's made of four grains: mainly from malted barley and wheat, with some corn and rye added to the mix.

The Brooklyn-based distillery named after the founder of "Breukelen" borough and managed by the former editor for the Daily Show Daric Schlesselman, and his wife Sarah Ludington, is a maverick distillery that loves to color outside the lines and break some rules. When the folks at Van Brunt Stillhouse blend and ferment their grains, they let the Spirit rest for five months in American oak barrels. All their tiny batches are made by hand and each run is extremely limited.

This Stars-and-Stripes Whiskey is full, rich and sweet, and tastes earthy and malty. Be careful, this is some special cargo and it would be a sin mixing it with anything. Sip it neat or dilute it slightly with water.

The Flavor Spiral™ shows the most common flavors that you'll taste in Van Brunt Stillhouse American Whiskey and gives you a chance to have a taste of it before actually tasting it. 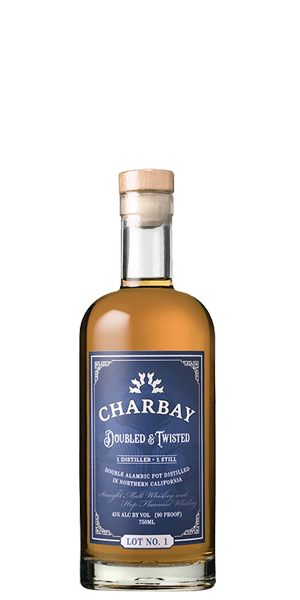 Alex, Mar 25, 2020
This whiskey is fantastic. Probably my favorite of the “American Whiskey” genre. It’s malty and earthy, and vaguely reminds me of a freshly opened can of paint (in a good way!). Just got my fourth (maybe fifth?) bottle of this since discovering it about a year ago. Really can’t say enough good things about this whiskey. If you like American Whiskeys with a bit of malt in them, you owe it to yourself to try this.

Justin, Sep 7, 2019
Smooth caramel finish. This is the stuff that will get your friends who don't drink whiskey into it.