Distillery
Founded in 1897
At the end of a long, tree-lined driveway in Speyburn, not far from the River Spey, stands the pagoda'd roof of Speyburn Distillery. Sometimes called the most photographed distillery in Scotland, Speyburn was built nestled in a valley at the Northern end of Rothes.

Speyburn Distillery was founded in 1897, by two local men — John and Edward Hopkins. That year happened to be Queen Victoria's Diamond Jubilee, and the brothers were determined to open in time to impress her majesty.

Hustling through the day, their distillers managed to produce the first barrel just in time for the festivities. The Speyburn-Glenlivet company ran things until 1916, when it was acquired by DCL. Production paused from 1930 to 1934, and again between 1939 and 1947, both due to wartime circumstance.

A series of acquisitions over the decades that followed have not interrupted production, and Speyburn continues to make Whisky to this day.

Water is said to be instrumental in Speyburn's unique flavor. It draws water for mashing from two local burns, Broad and Granty. It is the only distillery in Scotland to source water from the Granty. Speyburn's production capacity sits around 1.8 million liters per year, despite using only one wash and one spirit still.

Lightly peated malt is included in the recipe, and until 1968, Speyburn used its own impressive drum maltings—the first of their kind. A combination of ex-Bourbon and ex-Sherry casks stand in tall warehouses to mature the malt.

The Flavor Spiral™ shows the most common flavours that you'll taste in Speyburn Scotch. It's based on all Speyburn drinks in our large database and gives you a chance to taste Speyburn before actually tasting it.

Dog Dogson's
Smartass Corner
Originally constructed just in time for Queen Victoria's party, distillery crews worked around the clock—including through a massive snowstorm—to get the first barrel out the door.

War is hell, even for distillers. Speyburn was closed during WWII in order to house two artillery regiments. Reports suggest that their aim was particularly poor, at roughly the same time that several barrels of Whisky were reported, "missing in action."
About
Speyside
Glens a plenty, history in abundance - that's Speyside. 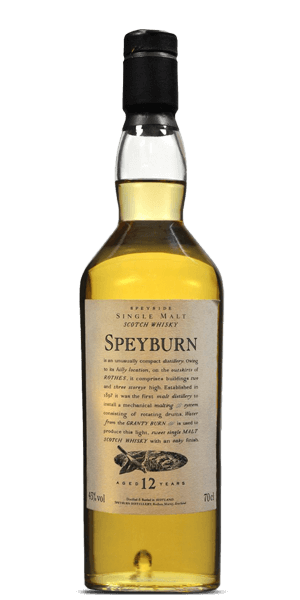 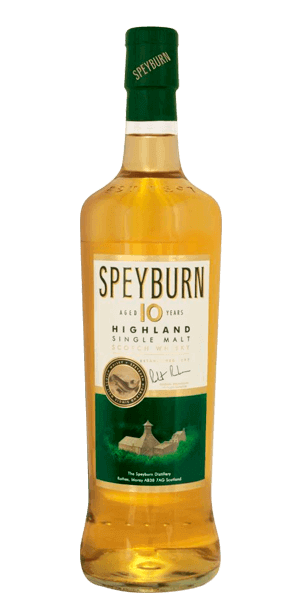