Distillery
Founded in 2015
The Slane Distillery broke ground in September of 2015, in County Meath, on the grounds of the well-known Slane Castle. The famous castle is located in the middle of a 1,500 acre estate in the heart of Ireland’s Boyne Valley, 30 miles north of Dublin.

It is the home to Henry Conyngham, the eighth Marquess Conyngham, and his son, Alex Conyngham, the Earl of Mount Charles. This father son duo, also owner of the grounds, partnered with US Spirits behemoth Brown-Forman -well-known makers of Jack Daniels, Southern Comfort and Finlandia Vodka.

This opening of this distillery marks the Brown-Forman Corporation’s first ever venture into distilling Irish Whiskey. It is also the first distillery built by Brown-Forman outside of the United States. The distillery project will involve the restoring of old 18th century buildings.

While the first Whiskey from the distillery is laid down to mature, they will use premium quality Whiskey from other Irish distilleries, and finish them using Slane’s recipes and specifications. The Whiskey is set to be released in 2017.

The distillery will have a potential output of more than 600,000 cases. The Irish Whiskey is set to launch in select markets in the United States, United Kingdom and Australia in mid-2017.

The Flavor Spiral™ shows the most common flavours that you'll taste in Slane Irish Whiskey. It's based on all Slane drinks in our large database and gives you a chance to taste Slane before actually tasting it.

Dog Dogson's
Smartass Corner
The future visitor center will be in the historic stables complex adjacent to Slane Castle. 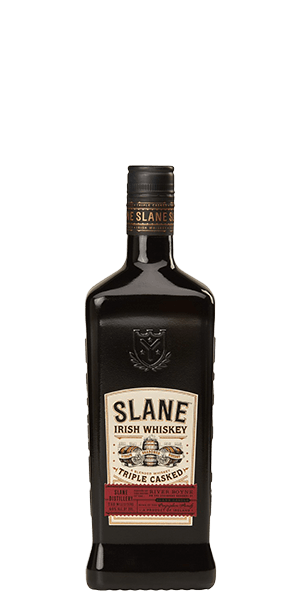