Founder Don Livermore has PhD in Wood Science. Since Whiskey gets most of it flavor from the wood it ages in, that’s really saying something, right? Pike Creek is a Canadian company making classic Canadian-style Whiskey — which means high-rye. But what sets Pike Creek apart is that that they age their Whiskey in the temperamental climate of Ontario, Canada — just west of Detroit, Michigan. The warehouse has no climate control, so the barrels expand and contract far more than most in the hot, humid summers and cold, dry Winters.

Pike Creek 10 Year Old Rum Barrel Finished… the name alone has just about all the information that you need to know. This is a ten year old, Canadian-style Rye Whiskey that has spent the last several months of tis aging in ex-Rum casks. This is a recent change for Pike Creek. The first version of their signature spirit was finished in Port casks. The change brings a bit more sweetness and lets the Whiskey have more of a savory richness.

The Flavor Spiral™ shows the most common flavors that you'll taste in Pike Creek 10 Year Old Rum Barrel Finished Canadian Whisky and gives you a chance to have a taste of it before actually tasting it. 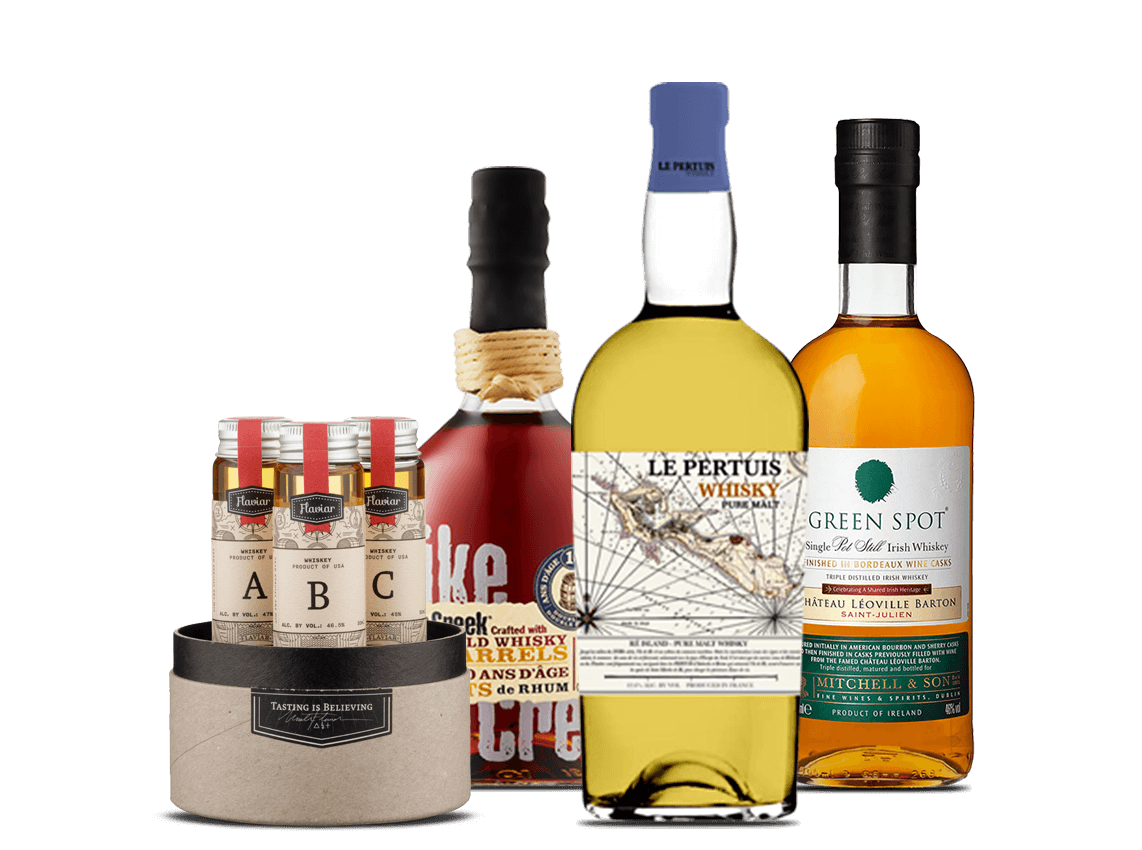 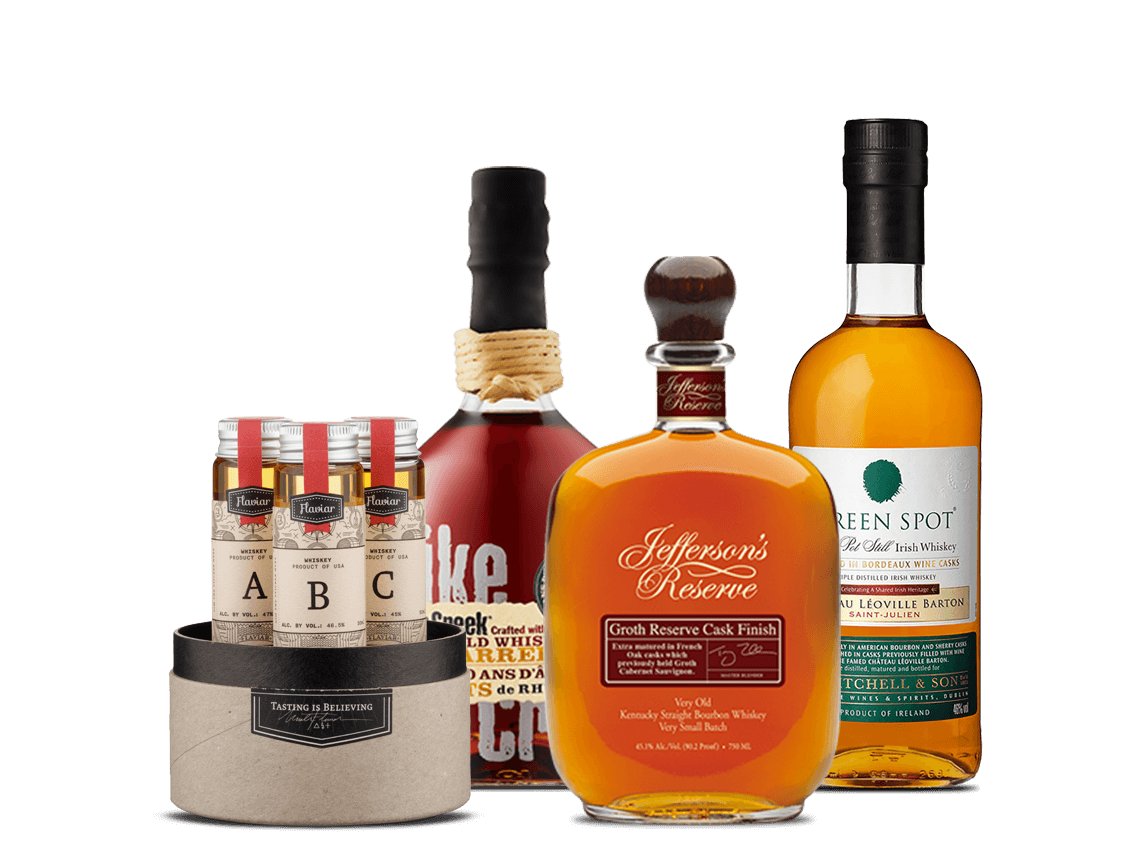 Sean, Aug 18, 2019
Nose had a sweet touch to it - Carmel or butterscotch maybe. Tasting was very smooth - neutral and light on the front and a bit of pepper and rye on the back. Has a slow, lingering heat to it. Overall it was decent.

Philip, Jul 8, 2019
Very good for Canadian whiskey. The subtle sweet notes from the end I don’t run barely makes the edge very smooth in its finish.

Gary, Jun 17, 2019
Young bourbon with strong vanilla notes from the rum barrel. Could do with more age.

Vincent, Jun 16, 2019
really like the sweetness that comes on the finish. There is a bit of an initial rye bite to it, but it smooths out quickly with the run barrel sweetness.

Preston, Apr 9, 2019
Pretty standard whiskey. Nothing to exciting about this one, but a well rounded whiskey for sure.

Ginny, Mar 10, 2019
I’m not a big whiskey fan but I think the rum barrel smoothed out some of that whiskey “bite” for me. It was sweet without being thick and herbal without tasting like medicine. My boyfriend absolutely loved it. We didn’t dare mis this was anything, I drank it over a giant ice cube and he took it neat.

Michael, Feb 27, 2019
Very smooth but a bit simple and transparent, not bad at all but lacking in any real character. It kind of straddles the line between sipping quality and something that would be better used as a mixer.

David, Jan 26, 2019
Thoroughly surprised by this one. Smooth and flavorful. Aged 10 years - finishing this in a rum barrel was a brilliant move by the Pike Creek lads. So what does it taste like? Imagine this nirvana - a place where Canadian Club tastes great, and finishes with a slight yet tastey rum happy ending. And how does it make you feel? Like you're strong enough to pull the ears off a gundark.

Jesse, Dec 7, 2018
I don't really taste the run all that much, despite some reviews I've read. To me it's just a basic whisky without too much complexity or depth. Not bad, but not interesting.

Jeff, Sep 27, 2018
Brown sugar and Vanilla make this taste like a dessert whiskey! Dark fruit and molasses round out this offering.

Matt, Apr 3, 2018
Really surprised this has such a low rating; I think it’s fantastic! Really smooth whiskey with coconut flavors from the rum barrel aging. A great after dinner drink. This would pair amazingly with bananas foster for desert.

Ronald, Nov 6, 2017
6/10 is for too low a score. This is a lovely whiskey and a jem to find here in the UK, as I have had to bring back other single malts with me back from my home country. Flaviar? Glenora hint, hint!!
Load more reviews