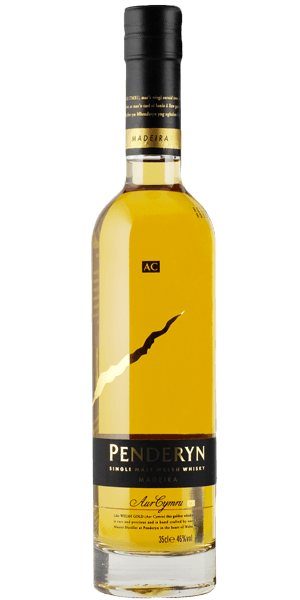 Penderyn is the first Welsh distillery in over a century. It was launched on March 1, 2004, in the presence of HRH Prince Charles himself. The distillery is situated in Penderyn, a small village located in Brecon Beacons, a mountain range in South Wales. Bacon Beacons is known for being home to Forest Fawr Geopark, which surrounds Penderyn, and was recognised by UNESCO to exhibit "geological heritage of great significance”. Penderyn produce merely 1 barrel of Wysgi (Welsh for Whisky) using their single copper still per day. All of their malts are matured first in hand-selected Bourbon barrels, and then further matured in special Madeira barriques. In the decade since the founding Penderyn has won critical acclaim from various competitions and people in the spirits business, and have built a following of thirsty Whisky-heads looking for that X-factor in Whisky.

Penderyn Madeira Finish acts as the flagship and core expression of the Penderyn distillery. It’s producing using a pot still created by Dr. David Faraday, descendent of the ground-breaking Victorian scientist, Michael Faraday. The spirit is aged in ex-Bourbon casks from the Buffalo Trace distillery, followed by a six-month finishing maturation in Madeira wine casks. This final maturation is crucial for the Whisky to have a round, multi-layered, and nuanced flavour profile. Penderyn Madeira finish was the Winner of the Best World Whisky, Gold Medal at the 2012 & 2013 International Whisky Competition, and many other accolades.

The Flavor Spiral™ shows the most common flavors that you'll taste in Penderyn Madeira Finish and gives you a chance to have a taste of it before actually tasting it. 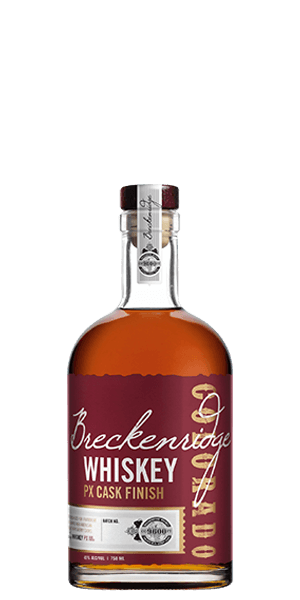 Chad, Feb 1, 2020
I thought it was pretty flat in favor other that just sweet

Brian, Jan 8, 2020
Fruit and jammy nose, sweet on the first sip. Finish is short but smooth. Some peat that dissolves on the rocks.

Douglas, Oct 5, 2019
My new fav. LOVED it the my tasting box and lamented that it’s not carried near me, and a couple months later it’s stocked at my local liquor store! Score! I tend to like sweeter, more mellow whiskies... this one is tops.

Brent, Sep 9, 2019
First sip I was not too impressed. Added a couple of drops of water and wow! Great whiskey!

Brian, Jul 26, 2019
Very fruity with a simultaneous bite. Responds well with a few drops of water. Absolutely taste of the Madeira dominant in this one. Great legs and finish.

Jason, Jul 3, 2019
Got this in the "A Tale of Three Whiskies" tasting box. I was surprised and glad to discover that this was the first Penderyn I have truly enjoyed (not that I have had more than a couple in the past). It's elegant and fresh, teasingly herbal behind an up-front butterscotch/toffee profile. Sweet but subtle. Tasted in a Glencairn glass.

Joe, Jun 27, 2019
I was expecting this to be way too sweet, but was pleasantly surprised with the flavors and finish. Great dessert drink or an option when you’re looking for something lighter. I enjoyed it.

Antti, Apr 21, 2019
It is an outstanding, balanced, Welsh Whisky with a rich & clean birth; while a thick & crisp life leads to a balanced death of medium length.

Jason, Feb 23, 2019
Initially the nose has a Scotch peaty feel, but the initial burn on the lips makes this a bit harsh for me. It has a sweetness in the background, average whiskey at best.

Holly, Dec 30, 2018
Citrus and light. Was neat to try a Welsh whiskey not sure I’d buy a bottle though. Has a hoppy flavor.

Greg, Dec 29, 2018
Great flavor. Really explodes on the tongue and smells great too! I wish Flaviar would sell more of thier samples; I would buy a bottle of this stuff.

Amanda, Dec 9, 2018
Smells like pineapples/tropical fruit. Tastes tangy and fruity, a bit overwhelmingly. Couldn’t taste much beyond it. Short to medium finish

Austin, Dec 8, 2018
Tastes like if sweet tarts made whisky

Jeffry, Dec 8, 2018
not much of a nose.Sweet flavor is pleasant. Burns a bit at the end

Matt, Dec 8, 2018
Excellent flavor profile, but too sweet for me personally.

Alex, Dec 8, 2018
Very smooth. Light and fruity taste with a slight burn on the finish.

Alexander, Dec 7, 2018
This was surprisingly good for being so subtle. It almost has a Gin quality to it on the nose and initial taste, but then goes light and sweet with some tropical fruit notes. Nice subtle burn on the finish.

Why Buying Different Batches of the Same Whisky Is Worth It?
>>>