Buyer Protection
Money-back guarantee if things go wrong.
As close to a fruit-forward cocktail Bourbon as you can find… in Japan.

The Hombo family has been creating wines and spirits in Japan for more than 100 years. They added Whisky to their products in 1949. In 1984 they wanted to move the distilling operation to a cooler climate, so they closed their distillery in Kagoshima and built a new one high in the mountains of Nagano at an altitude of more than 2600 feet — the Mars Shinshu Distillery. But a few mishaps caused them to cease production in 1992. It opened again in 2011, and new stills were acquired in 2014. But their warehouse still contain hundreds of casks stretching back thirty years. Now at full production strength, this small distillery produces a range of sweet and peated Whiskies.

These days we are used to solid Single and Blended Malt Spirits coming from Japan. But the Mars Shinshu Distillery came out with their Blue Label Whiskey a few years back which is an attempt at what they call “American style” Whiskey — which means Bourbon in any language. Mars Iwai 45 is a higher proof — 45% ABV — version of that same spirit designed for making cocktails. The mash bill is decidedly high corn (75%) and relatively high malted barley (25%). And it’s aged in ex-Bourbon casks, so the flavor profile is decidedly American, but the uniqueness of the environment and distilling techniques in Japan yield a “stewed fruit” flavor profile.

The Flavor Spiral™ shows the most common flavors that you'll taste in Mars Iwai 45 Whisky and gives you a chance to have a taste of it before actually tasting it.

Nose / Aroma / Smell
The nose has notes of vanilla and butterscotch with stewed apple and strawberry tones.

Finish
The finish last long enough with a lingering sweetness. 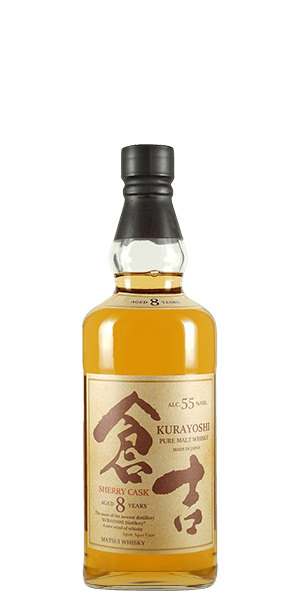 Steve, Jun 23, 2020
Maybe I had a bad bottle? I was expecting more like what the other comments reflect. Instead, mine was "flat"; not really any kind of draw to my nose, Also, tasted "thin"--no body to it.

Matthew, Jun 13, 2020
The flavors are subtle, but present. Its a good whisky to sip and appreciate all the flavors in it.

Austin, May 20, 2020
Smooth beginning with a spicy finish

Lindsay, May 9, 2020
This is delicious! It burns at first but then gets sweeter the more you drink it

Kolton, Apr 3, 2020
I'd buy this bottle again without hesitation.

Craig, Oct 18, 2019
Smooth at first with a little pepper taste at the end.
Load more reviews