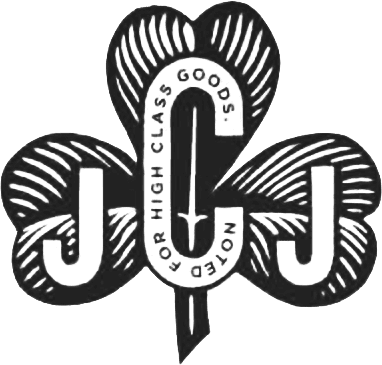 After the decline of bonding, Ireland lost hundreds of regional and local styles of Whiskey and the art of blending fell out of focus.

The company sources new make Whiskey Spirit from Irish distilleries and matures it in a purpose built bonded rackhouse on the McGuane Family farm in Cooraclare, Co. Clare, right along the Wild Atlantic Way.

Whilst waiting for their Spirit to come of age, they source & blend rare mature Whiskey to create their own unique house style.

Named after a Bicycle that J.J. Corry invented, in tribute to his entrepreneurial spirit, their first release, J.J. Corry ‘The Gael’, is classic style of blended Irish Whiskey, bursting with juicy fruit flavors and underlying complexity. It contains unusually mature Whiskeys for an Irish blend.
More about J.J. Corry >>