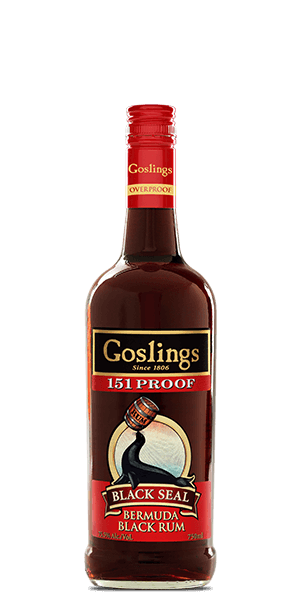 Buyer Protection
Money-back guarantee if things go wrong.
Tastes like a dark secret that suddenly comes to mind but you swallow it back just in time.

The story of Goslings Rum dates back to 1806 when James Gosling, who was sent out to the sea by his father, headed towards Virginia, with 10.000 pounds Sterling worth of Wines and Spirits. After 91 days, the charter on the ship Mercury James had to settle on Bermuda, where he opened a Wine and Spirits shop.

James Gosling returned to England in 1824 to open a shop with his brother Ambrose, a shop the Goslings maintain to this day. Their first Rum was produced decades later, in 1863, called the Black Seal — Rum that is synonymous with Bermuda, where it's produced. Today, the 7th generation Goslings lead the family business, in Bermuda, and are the largest exporter of any Bermuda-made product, as well as the only company that blends and bottles on the island.

This ultra high proof Rum is not for the weak hearted. If you want to feel more like a pirate then an investment in this Bermuda Rum would go a long way to getting you there. Made using the same blend as the Goslings Black Seal Rum, this refined dram has been widely recognized as the best overproof Rum available. And it has the award to prove it — the coveted Platinum Medal in the Overproof category at the International Rum Festival.

Just don’t drink neat, that might get you there too fast and mean you can’t remember much of the experience after. This Rum has the signature sweetness of most Rums and is not over powered by the alcohol content. There is also a herbal dullness in the mix that makes for a smooth and easy-going mouth-feel.

The Flavor Spiral™ shows the most common flavors that you'll taste in Goslings Black Seal Rum 151 and gives you a chance to have a taste of it before actually tasting it. 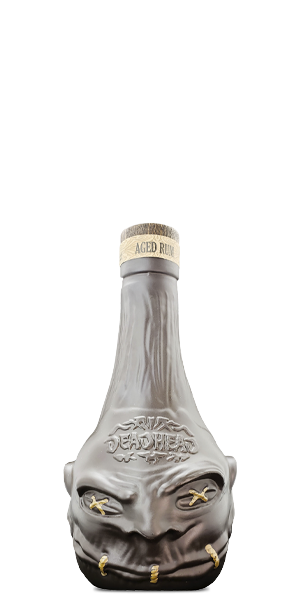 Emmanuel, Feb 18, 2021
strong taste of sugar cane, very enjoyable, one of the best rums I have tasted

Cory, Feb 1, 2021
The drink was great but the label seemed to look very worn out and was already peeling off so it was unfortunate that the display wasn’t as good as the drink itself

Daniel, Dec 7, 2020
Packs a wallop and mixes perfectly with a strong ginger beer for a Dark& Stormy to remember.

Joseph, Jul 12, 2020
Complex and perfectly spiced. Mix it with Gosling's Ginger Beer for the perfect Dark and Stormy.

Kevin, Oct 30, 2019
Was not for me, very intense but again I should have expected that from 151 proof. However, if you are looking for a bold taste, then it's a good affordable rum.

Jason, Mar 12, 2019
Too intense for drinking neat but great for mixing or lighting on fire for floaters on top of cocktails that call for that. Also great for cooking for the same reason.

James, Aug 27, 2018
It's a lot people. Very strong, and it's not something I would probably drink on its own. I bought it as a floater for Zombies, and it works great for that.

Scott, Apr 26, 2018
I am not adept at the terminology but the scent of this is really nice, it is not too strong or alcoholy which is saying something about a 151. I didn't try any straight but it is fantastic mixed in oj and cranberry! Would recommend!

Scott, Feb 2, 2018
Smooth, tasty. It's not a stand alone drink due to the high proof, but great mixed into other drinks.

Nicholas, Jan 13, 2018
Much like its lower proof brother (sister?), but with a little more alcohol bite and a little less syrupy feeling. I don't think it mixes quite as well.

Byron, Nov 17, 2017
Surprisingly sippable for an inexpensive bottle. I always keep one on hand for mixed drinks like Dark & Stormys and Egg Nogs

Paul, Oct 7, 2016
Strong, bites all the way down, but mixes good when making a tropical tea drink.

William, Jul 27, 2016
Wonderful flavor served with a bit of ice or cola by the pool. Extremely smooth for the price.

Michael, Feb 11, 2016
Delicious with a small splash of Coke, or cut with ice. To drink this stuff straight will cause the fire alarms in your neighborhood to go off!!

Pat, Sep 11, 2015
Super smooth, and a flavor that you'll dream about over and over again. It's really hard to believe that something this good can come at such a great price.
Load more reviews