Distillery
Founded in 1897
Glendullan is located in Dufftown, which is one of the busiest Whisky centers in the world.

In 1898, William Williams & Sons from Aberdeen founded the distillery. In 1902, a Royal request came to the distillery, showing that King Edward VII loved the dram.

Producing 4 million liters per year, Glendullan is definitely underrated. Even though the distillery has official bottles, it has been released as a part of the Singleton brand since 2007.

The Flavor Spiral™ shows the most common flavours that you'll taste in Glendullan Scotch. It's based on all Glendullan drinks in our large database and gives you a chance to taste Glendullan before actually tasting it.

Dog Dogson's
Smartass Corner
Glendullan is one of the distilleries founded during the Whisky boom, that survived to today.

Glendullan produces more Whisky than most of the distilleries in the 'Classic Malts' selection of Diageo.
About
Speyside
Glens a plenty, history in abundance - that's Speyside. 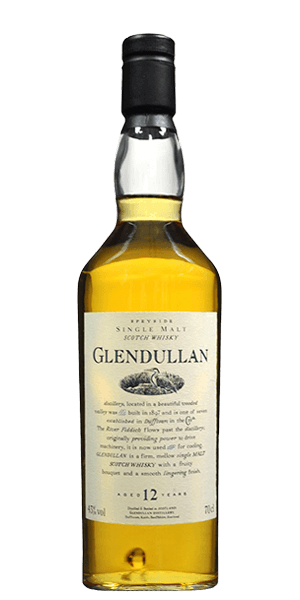