The Glendronach distillery was founded in 1826 and stands as one of the first licensed distilleries in Scotland. It is located in a secluded spot in Aberdeenshire, dedicated to producing richly Sherried Scotch style with their 4 copper pot stills. In 2002 it was mothballed until 2008 when it was sold to BenRiach.

The Glendronach 15 Year old Revival celebrates the revitalization of Glendronach, after it was bought by the BenRiach distillery in 2008. This Scotch is aged for 15 years exclusively in Olorosso Sherry casks, making it wonderfully raisiny, savoury and fruity. It’s a favourite among Scotch enthusiasts, sitting right in-between the 18YO and 12YO Glendronach, quite possibly the best in their whole range.

The Flavor Spiral™ shows the most common flavors that you'll taste in Glendronach 15 Year Old Revival and gives you a chance to have a taste of it before actually tasting it.

Finish
Lingers into the night! 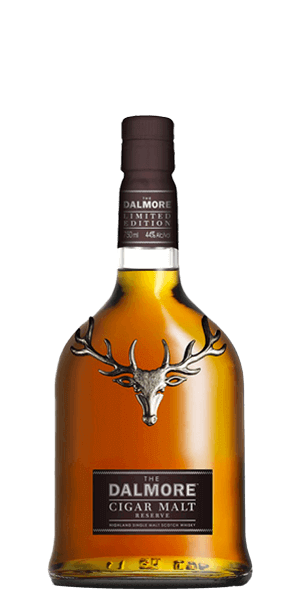 Jacob, Aug 24, 2019
Very good! I really enjoyed the finish. Tried it in a bar and went out looking for the whole bottle after. Good smokey taste for those that don't like peat (like me)

Andrew, Jul 9, 2019
The 15 really is a nice upgrade from the 12 (which is also very good). Upon pouring the first glass, I smelled that sherry and a bit of a cherry cough syrup smell. I let the glass sit for 15 minutes. When I returned it was like Christmas cake with raisins. A very substantial nose. The mouthfeel is not heavy but not watery either. It is very pleasant on arrival and as it travels through your mouth. You'll pick up some sour notes (I'm not a big fan of sour so it's the only part of the experience I was iffy about). It finishes with a bite but settles nicely. In moments you'll be ready for your next taste. I'm very happy with this purchase.

Richard, Jun 1, 2019
This is the scotch that got me into scotch. The color is a beautiful deep red. The nose is strong with hints of vanilla and sherry but does not betray the bevy of flavors within the dram. A flavorful sherry taste, but not overly sweet. It has a bit of a strong initial flavor but is still nice and smooth to finish. It has just a hint of a smokey finish without being overly peaty. A great, complex, and nuanced combination of flavors that leaves one satisfied time and again. Easily a daily drinker for a sophisticated palate. I bought 2 cases, I will never be without this dram in my bar. I would happily buy this at any occasion given.

guest, Aug 2, 2017
My absolute favorite single malt. I prefer it neat where I experience notes of hot buttery toffee with a lingering caramel finish. Thankfully I still have 3 and a half bottles of this now extinct sensory treasure.

Chris, Oct 1, 2016
Best 15 year on the market. Even more so than Dalmore's 15, and that's saying something. This is a heavily sherried whisky, sweet but unrefined/pure.