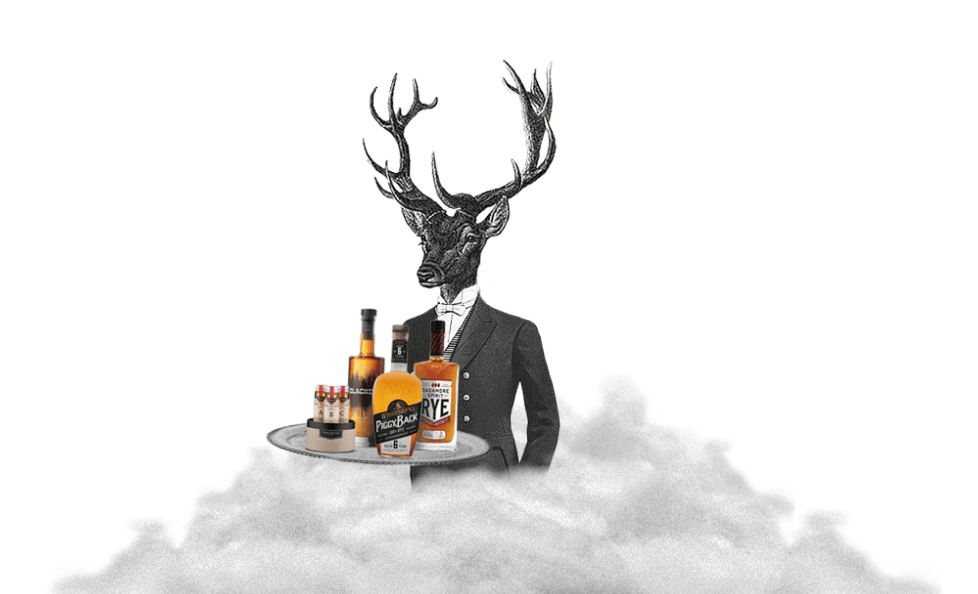 With Gin distilleries popping up everywhere, offering new, exciting and creative products and styles, it can be difficult to choose. But fear not! A good thing about Gin is it doesn't need to be an expensive one to explore and enjoy the diversity this spirit has to offer.

We compiled the list of best-rated Gins in the Flaviar community you can get for $50 or less.
Top 5 Gin Under $50
1.

A cult-like Gin. Monkey 47 is distilled by Christoph Keller for Alexander Stein of Black Forest Distillers. Monkey 47 is very much a novelty within the Gin Universe, unique because of its low production and a real difference in style and taste.    Monkey 47 Schwarzwald Gin is obtained by double distillation of sugar beet molasses and a third distillation with botanicals, aged in clay pots. Made with 47 botanicals and bottled at 47%, they also use a secret weapon typical to the Black Forest in the mix - lingonberries. It's become almost a cult like Gin over the recent years and in case you haven't had a taste of this flavor bomb, we can give you nothing else but a recommendation of the highest order!  An extraordinary Gin. Period.

The Islay Gin. Bruichladdich is one of the most impressive distilleries in Scotland, in the World even. It was built in 1881 by the Harvey brothers, who came from a dynastic Whisky family. The brothers had wanted to create a distillery that was the very antithesis of an Islay farm distillery. They built a cathedral-like, state-of-the-art Victorian still house, where they used 6m tall stills, which was unheard of at that time, and way ahead of its time. Today, the distillery remains pretty much the same as it did over 100 years ago. Their belief is, as the French culinary saying goes, "it is in the oldest pots that the best soup is made". Slow fermentation, slow distillation, in very traditional, wooden vats and huge washes made from towering Douglas Fir. However, they don't just make Whisky, they also produce Gin. For the Botanist Islay Dry Gin the craftsmen at Bruichladdich use 9 classic Gin aromatics and a whopping 22 additional local botanicals, which are hand-picked from the windswept hills, peat bogs and Atlantic shores of the Hebridean island of Islay. This Islay speciality is distilled 4 times slower as the average Gin, in Bruichladdich's Ugly Betty, one of the few remaining Lomond Stills in existence. It’s the only Gin produced on the Isle of Islay. The story and the Gin, great. Some of the botanicals included: Orris root, cassia bark, coriander seed, Mugwort, Meadow Sweet, Lady's Bedstraw flowers, apple mint, downy birch, elder, gorse flower.

From gunpowder tea to gunpowder Gin. Drumshanbo, a small town in County Leitrim, is the home of the Drumshanbo Distillery and Gunpowder Gin. The brainchild of master distiller Patrick J Rigby, the mastermind behind multiple quality Spirits on the market, Gunpowder Gin takes its name from one of its principle botanicals; gunpowder tea. Distilled in traditional copper pot stills, Gunpowder Gin is made with 12 botanicals, the more sturdy of which are added to the distillate in the pot (juniper, cardamom, coriander, star anise, orris root, angelica root, caraway seeds and meadowsweet), and some which are vapor-infused (kaffir lime, oriental grapefruit, Chinese lemon, and the namesake gunpowder tea). Gunpowder Gin is the meeting of oriental spice and Irish tradition. The curious mind of master distiller PJ Rigby had a flash of inspiration when creating the Gin. The bottle, a beautiful, ribbed blue glass, features the mythical creature of the jackalope; part Jack rabbit, part antelope, symbolising the remarkable Gin inside. Gunpowder tea, which is a form is green tea, lends the Gin a slightly spicy freshness. Coupled with the other 11 botanicals, which give the Gin a citrus-led aroma and bold taste. It’s an explosion of flavors in a bottle.  It's also the winner of the Flaviar Community Awards 2019 — Flaviaristas know a good Gin when they see it.

Get past the stunning blue and find a flavor memory of London Dry Gin. Victoria Spirits was founded in 2008 as a boutique distiller of quality-crafted Spirits in Victoria, Canada. The business blossomed on Canada’s West Coast and caught the attention of The Marker Group who have a passion for investing in local businesses. So, they acquired Victoria Spirits in 2015 — renaming it Victoria Distillers, opening a visitor center, and expanding on the line-up of delicious adult beverages including Gins, Whiskies, Vodkas, and liqueurs. Empress 1908 Indigo Gin is a bright, almost electric shade of blue. It doesn’t look like a Gin. Let’s be honest here… it looks like something the Romulans might drink in an episode of Star Trek — yes, it’s THAT blue. But this exotic Gin comes by its unique color naturally through a combination of special botanical infusions inspired by the tea service at the Fairmont Empress Hotel’s Tea Room. In addition to the requisite juniper you’ll fine coriander seed, cinnamon, ginger, and grapefruit zest. But you’ll also find rose petals, the signature Fairmont Empress Blend Tea, and butterfly pea blossoms that deliver the amazing color. And it brings some interesting color-changing effects to all of your favorite Gin cocktails. Smartass corner: The Empress Hotel opened up directly on Victoria’s inner harbor in 1908. It is the most prominent and famous building on the island.

A journey through the four seasons with six botanicals. Global spirits giant Beam Suntory first announced plans to launch Roku Gin in May 2017. Produced at its Osaka-based distillery, Roku (meaning ‘six’ in Japanese), is based on more than 100 years’ knowledge of distilling. Shinjiro Torii, Founder of Suntory, opened his distillery in 1899, and launched Hermes Gin (Suntory’s first Gin brand) in 1936. Torii’s successors have continued to create world-renowned spirits built on a heritage of distilling. Roku Gin is a Japanese craft Gin featuring six Japanese botanicals (hence the name); sakura flowers and leaves, sencha and gyokuro teas, sansho pepper and yuzu peel. These special ingredients are harvested at their peak throughout the four seasons, creating a year-round sense of Japan. These distinctive botanicals are distilled individually (via vacuum distillation or by pot distillation) in order to draw out the best flavor and preserve the individual characteristics. Delicate cherry blossom flavors are drawn out through vacuum distillation in a stainless steel still, whereas more punchy flavors, like the citrus fruit yuzu, are created in a traditional copper pot still. The six distillates are then combined with eight traditional Gin botanicals (juniper, coriander, angelica seed and root, cinnamon, cardamom, bitter orange and lemon peel) to create a balanced flavor of classic Gin with a Japanese twist. A true taste of East meets West.