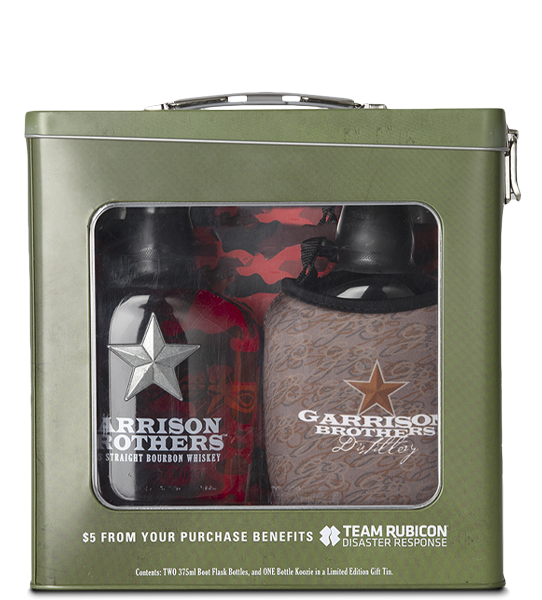 We love all the hard-toiling, passionate craft distillers of the world. But the Garrison Brothers stand out in that crowd. You see, they don’t farm out anything. Every step from cooking the mash to bottling happens right there on site at their distillery in Hye, Texas. They make Bourbon in a range of ages and finishes, but it all started with the famous "barrel #6" that yielded their signature Texas Bourbon Whiskey. You see, it was back in 2007 and 2008 that the Garrison brothers were experimenting to find the perfect recipe for their Bourbon. In 2008, they popped open barrel #6, took a sip, and instantly knew that they had found Texas Nirvana.

Now there's a perfect way to gift this delectable Bourbon. This awesome-looking pack features a tin container, reminiscent of an ammo box. Inside you'll find two bottles of Garrison Brothers' Texas Bourbon Whiskey in their smaller, Boot Flask form. That's two 375ml bottles ― we'd put one in each boot and call it a day, but that's just us. Plus, there's a neat little burlap sack included for one of the bottles. It's extremely potable as well as portable.

The Flavor Spiral™ shows the most common flavors that you'll taste in Garrison Brothers Boot Flask 2-Pack Gift and gives you a chance to have a taste of it before actually tasting it.

Flavor / Taste / Palate
It's a fresh palate with honeysuckle, baking spices, and citrus. There's a floral touch in there as well.

Finish
The finish is long and complex with molasses and a touch of smoke. 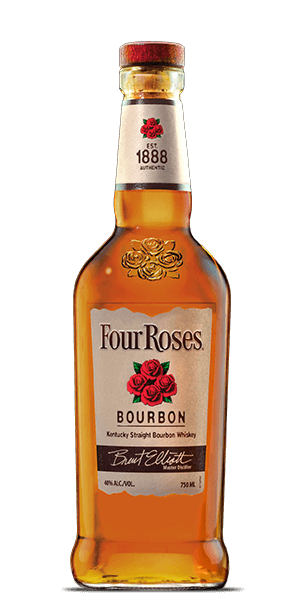