The Barrel Strength Straight Bourbon Whiskey proudly named Old Ezra is a 101 Proof potion with luck etched in its DNA. The corn, rye and barley concoction that was charcoal-mellowed spent seven years in new charred white oak barrels and the sweet floral notes are in cahoots with tones of vanilla, cinnamon and fine wood. The high proof suits this rich and full Bourbon as it promises more bang for your buck. It works as a sipper or in a classy Old Fashioned.

The Flavor Spiral™ shows the most common flavors that you'll taste in Ezra Brooks Old Ezra 7 Year Old Barrel Strength and gives you a chance to have a taste of it before actually tasting it. 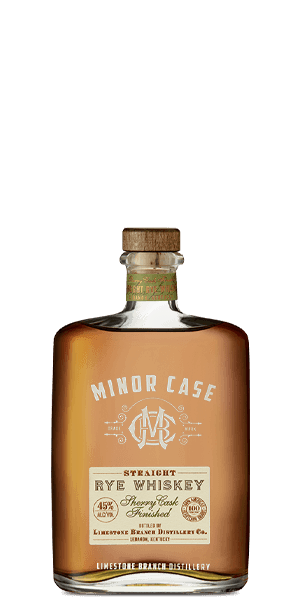 Hunter, Jan 23, 2021
For the price and age this is disappointing. In a blind tasting against cheap bottled-in-bond whiskeys, this lost. You are better off buying 2 cheap bottles or another moderately priced bourbon.

Burton, Nov 14, 2020
This bruiser has an alcohol burn. But behind that are the expected bourbon flavors. Nice texture, long finish. This is a cost effective high proof barrel strength offering for when you want to spar with your whiskey.

Sean, Sep 4, 2020
I picked up a store pick here in CO, and just had a single small pour. So far, agree with the fairly noticeable oak and a bit of vanilla notes, but missing a few of the other flavors on the spiral. Will have to see if this opens up a bit more as i work through the bottle. Store pick at 107 proof was $30, which seems like a steal based on what I'm seeing in other comments. Seeing a quality bourbon at barrel strength, or at least >100 proof and below $40 is very hard to find these days. Several barrel proofs are running at 2x this price. I'd say, pick this one up!

Matthew, Aug 15, 2020
Very reminiscent of Elijah Craig Barrel Proof but slightly tamer. One notable difference is a subtle nutty note -- not peanut like Beam/Knob Creek but more pecan or walnut. Very hard to find but a good value if you can get it for MSRP. I found my only bottle at a small independent store for $45 and was very pleased with the purchase.

guest, Jul 31, 2020
I found it to be somewhat green in maturity, the oak notes were grassy. Letting it settle over a rock calmed some of the earthy notes.

Robert, Jul 26, 2020
A fantastic barrel strength bourbon, very sweet up front followed by a pleasant nuttiness (which is also present in the nose), eventually ending with some woodiness. Full mouth feel and a long finish. A small gem and the price is great (just purchased for $50 at a small liquor store). Highly recommend for any high proof bourbon enthusiast.

Josh, May 5, 2020
Absolutely a great barrel proof drink. My first drink seemed to have a lot of bite. However, after that the flavor really comes out and it becomes a drink very hard to get away from.

Erik, May 2, 2020
Great bourbon for my fellow proof hounds out there

Dat, Apr 7, 2020
Really packs a punch of complexity from the first nose with hints of creme brûlée to the full mouth feel tingled with spices to the long lingering finality of warmth and satisfaction