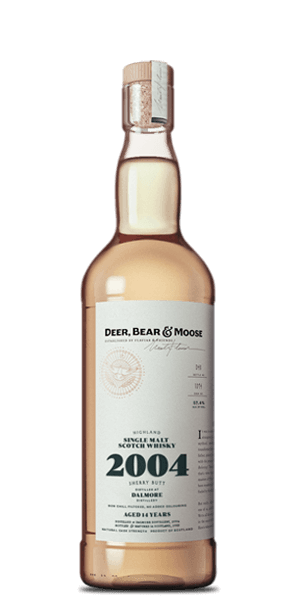 Our wild trio is real picky with their friends. The whims of high society, what can you do?  But they had absolutely zero reservations accepting the twelve-pronged Dalmore stag into the cool beasts club. The 14YO expression the Stag brought with him to the acceptance party is an absolute banger! Deer, Bear and Moose decided it’s worth sharing with the other cool kids club they frequent. That’s right... it feels good to be a Flaviar Member in times like this.

This limited-edition Highland Malt is as rich and interesting as the story behind the distillery and it goes something like this. A mighty stag attempted to end the life of a Scottish King. Attempted to. An ancestor of Clan Mackenzie–who were former owners–brought the stag down with a single shot of an arrow. Now, the history forgot all about the archer, but the Stag remains to impress.

Rich in history. Richer in taste. Distilled in 2004 and kept in sweet sherry butt casks for 14 years before bottling. Cask No. 6529 is the sweetest and we got it all for ourselves! Our Deer is completely taken by the Stag. And so are we

The Flavor Spiral™ shows the most common flavors that you'll taste in Deer, Bear & Moose The Dalmore 2004 and gives you a chance to have a taste of it before actually tasting it. 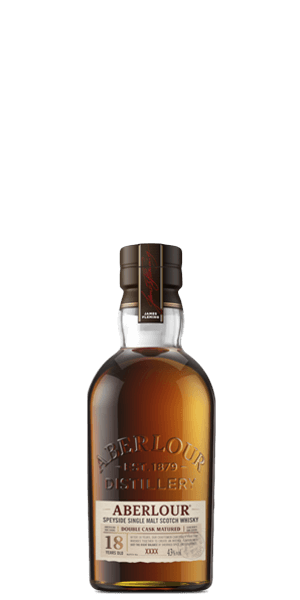 Nic, Jan 5, 2020
A lovely mild sherry bomb of sweet red fruits and raisins. Not as explosive as an Aberlour A'bunadh but pleasant all the same. Need to revisit it to delve deeper into secondary notes

Collin, Dec 16, 2019
Citrusy and sweet without tasting like a bag of fruit snacks; great to have that much flavor with a dry profile

Mark, Nov 27, 2019
Very nice citrus sweet start with a dry nut finish. So glade I was able to experience. Son-in-law would like a bottle. Told him I would like one too.

Giulio, Nov 11, 2019
Smooth but packs a punch. Leaves some spice behind and leaves you wanting more

Thomas, Aug 27, 2019
Outstanding flavor, just enough smoke with a hint of vanilla/ caramel at the finish.

Adam, Aug 16, 2019
Really nice floral aroma, notes of cream and citrus. Tastes of leather, not a smokiness but definitely an earthiness to it. Not too thick or oily, very light consistency. Tastes of apple, orange and lemon on the finish. The caramel and vanilla notes remain throughout the experience. Very good, but a bit pricey for what it was.

Jyrki, Aug 4, 2019
At first go it wasn't that good. It tasted like hand sanitizer (maybe something I had eaten previously...). Second go within two weeks, oh my lord it was good. Sweet with oily finish. I'd buy a second bottle in a sec. Sweet on the nose too. Love it!

Giulio, Nov 11, 2019
Same! First drink I was angry at how much I didnt like it, but it was so much better the next time

Thomas, Jul 29, 2019
Deer, Bear & Moose is extremely smooth. The subtle flavors of vanilla and a bit of peat are wonderful. I highly recommend it!

Adam, Jul 25, 2019
Delicious, complex, definitely worth the money! Would highly recommend if you like Islays. Now if only if it were peated....

Jeremy, Jul 11, 2019
Incredibly delicious, perfectly balanced whisky. Zero burn from the high proof because it's so damned sweet without being too sweet. It's fruity and spicy, like a sparkly pear and clove whisky. Oily, too, in a very good way. And the finish is like sitting by a warm fire with another dram of the same whisky in your hand.

Mark, Jul 7, 2019
Delicious, sweet and well-balanced! Notes of butterscotch and a nice finish.

Michael, Jul 4, 2019
My first Deer, Bear etc and my first cask strength scotch...I’m glad I got my hands in this. Instant oily coating on my palette, which I love and full of sherry

Marques, Jul 1, 2019
Absolutely delicious. Would gladly buy this again given the chance.

Richard, Jun 28, 2019
Sweet, Sherry, delicious. Hints of pear on the palate. Has a bite at the finish I find must be tempered with a splash of water. Can't give this a perfect 10, but I would buy again and be happy to drink more. I can't stop myself from pouring another dram every time I return to the bar. Soon the bottle will be gone.

Burton, Jun 26, 2019
This is my second Deer, Bear & Moose expression and I am very impressed with both. This one has a great oily mouth feel that I enjoy. The nose is fruit and vanilla. A hint of caramel candy. The palate is more berries, vanilla and caramel. Enough alcohol to warm your chest. Delicious.
Load more reviews