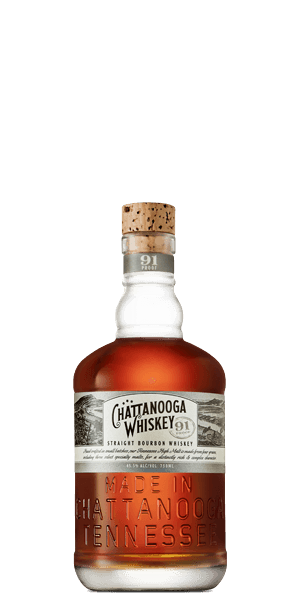 A lovely warm, sweet, and floral Bourbon made in the new Chattanooga style.

For much of the last one hundred years, it was illegal to distill in Tennessee except in a few special counties. In the mid 2000s, the winds of change began to blow and one-by-one, most counties opened up to craft distilling operations. Chattanooga Whiskey is the first legal distillery in the town of Chattanooga after more than a century of Prohibition and complications. It took years of law-changing efforts, launched by the founders Tim Piersant and Joe Ledbetter in 2011, to finally amend the Chattanooga distilling laws. They released their first bottles in 2012 with Spirit sourced from Lawrenceburg Distiller of Indiana and they started distilling themselves in 2015.

Chattanooga Whiskey 91 Straight Bourbon is built on the foundation of what they call "Tennessee High Malt Bourbon." The mash bill is different from anything we’ve seen before — 51% yellow dent corn, malted rye, caramel malted barley, and honey malted barley. The mash is allowed to ferment for seven days (that’s a long time) and aged for two years in new white oak. Then the barrels are married in a four thousand gallon oak Solera barrel. That means they never fully empty the vat. They use ten to fifteen barrels worth per batch and top it off with the same number, so the average age of the Spirit gets older with each batch.

Smartass Corner:
The "91" comes from the formulation being the ninety-first test barrel from their Experimental Distillery. So they also bottle it at 91 proof (45.5% ABV).

The Flavor Spiral™ shows the most common flavors that you'll taste in Chattanooga Whiskey 91 Straight Bourbon and gives you a chance to have a taste of it before actually tasting it.

Nose / Aroma / Smell
On the nose there is a lovely dose of caramel, florals, and fruit over Cracker Jacks and toasted wood.

Flavor / Taste / Palate
The palate is sweet and delectable with plenty of vanilla custard and sticky toffee pudding notes along with ripe apricot, apple cider, and toasted whole grain bread.

Finish
The finish is long and sweet with a toasted oak note lingering. 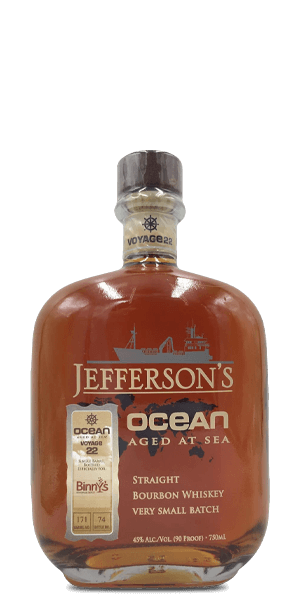 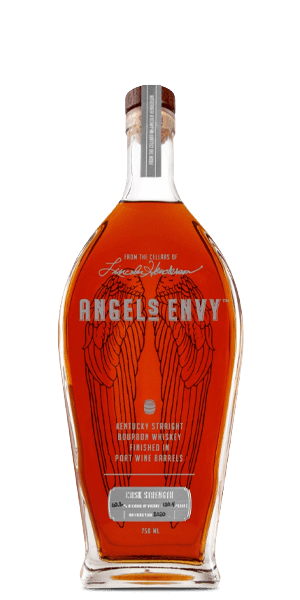