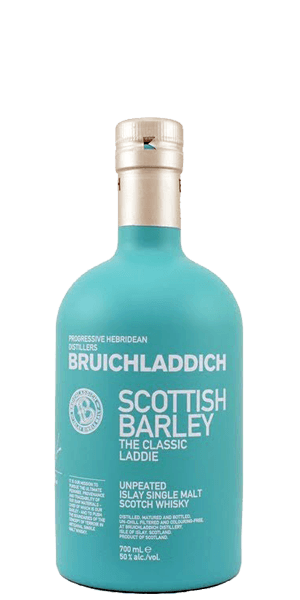 The Bruichladdich Distillery is very impressive. In 1881 the Harvey brothers — who came from a Whisky family dynasty — built a cathedral-like, state-of-the-art Victorian still house with unheard-of six-meter tall stills. Now owned by Remy Cointreau, the distillery remains pretty much the same as it has for more than 100 years. They proudly practice slow fermentation and slow distillation using traditional wooden vats and huge washes made from towering Douglas Fir. The distillery produces non-peated Bruichladdich Single Malt, Port Charlotte which is peated in the classic Islay style, the heavily peated Octomore, and The Botanist Islay Dry Gin.

Head Distiller Adam Hannett set out to craft a signature Single Malt to serve as the standard-bearer upon which the line would be defined. Calling it "The Classic Laddie" is a great way to set it apart and provide a pronunciation lesson at the same time. True to form, this Islay rebel has zero peat and 100% Scottish barley and it’s aged in first-fill ex-Bourbon casks with no chill-filtration and no artificial coloring at 50% ABV.

Smartass Corner:
The name of the distillery is darned hard to say correctly. The trouble is that sometimes the "-ick" in Scot’s Gaelic is sometimes pronounced as a hard "k" and sometimes it’s silent. And in "Bruichladdich" there’s one of each. Say it this way: "Brook - laddie" and you’ll be close.

The Flavor Spiral™ shows the most common flavors that you'll taste in Bruichladdich The Classic Laddie Scottish Barley and gives you a chance to have a taste of it before actually tasting it.

Nose / Aroma / Smell
Barley sugar, fresh apple, a hint of mint. Then caramelised fruits and honey drift onto the scene.

Finish
Fruit remains, vanilla, honey and some sweetness all hang around until drying oaky finale. 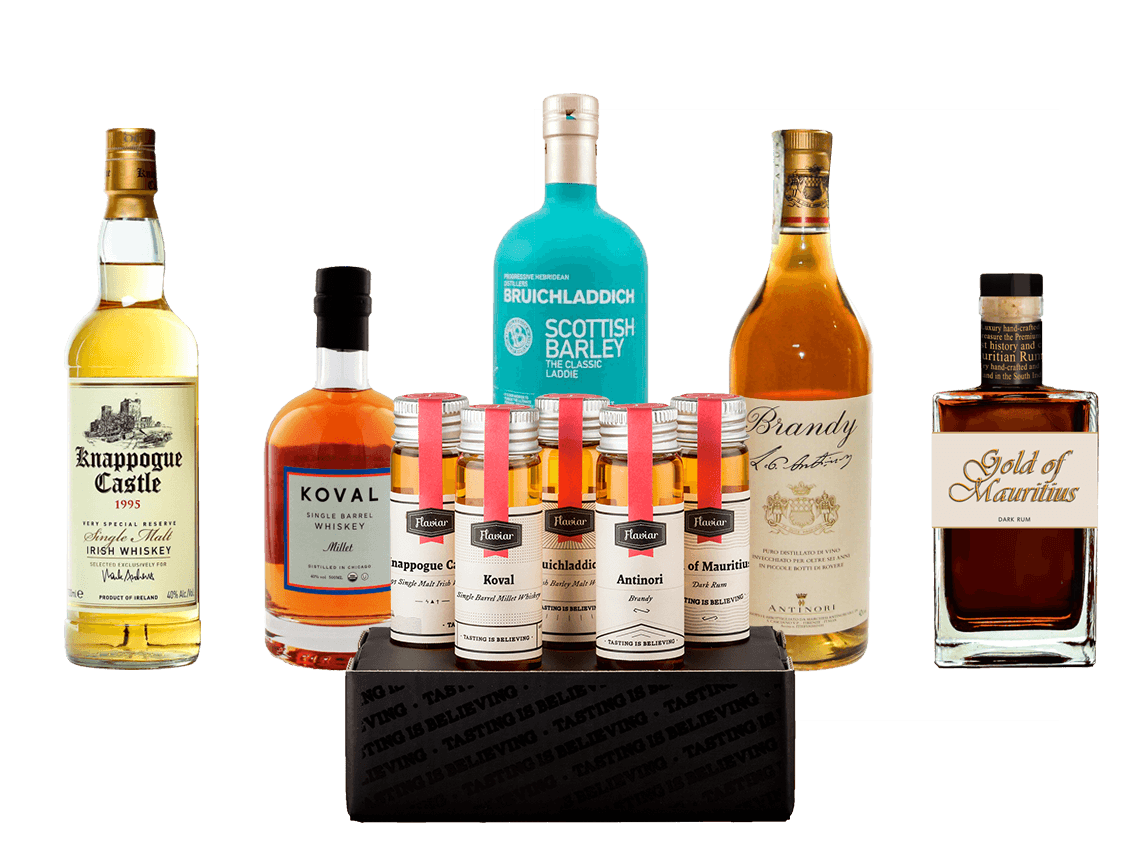 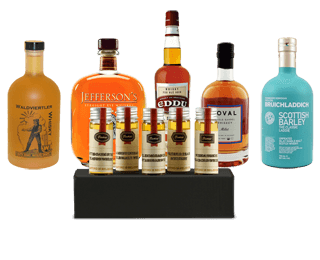 Brian, May 22, 2020
Not sure if my bottle is defective… Definitely smoky… Wasn’t even on the flavor spiral

Kayla, Mar 14, 2020
Definitely a woody finish with phenols (but not really smoky!). It really gets very harsh if you let it sit in your mouth before swallowing -- to the point that it overpowers your ability to taste any complexity. The scent is very appealing. Oily mouthfeel.

Jason, Mar 1, 2020
Aroma of warm honey and salt. Sweet on the pallet with caramel and vanilla with a bit of heat on the finish. Truly great if you think about the price point.

Carlos, Feb 16, 2020
It is a nice scotch but unfortunately there is nothing noteworthy about it.

Michael, Feb 3, 2020
A nice ay to taste Islay without peat, but I definitely miss the peat. A bit hot and the finish is quite short.

Jacob, Aug 24, 2019
Big fan of this! Everything I love about Islay scotch without the Peat I dislike. Hope to find something else like it.

Corey, Jan 30, 2016
This is a fine whisky, but it was not for me. Even being no peat, I could still detect the salty air. This is great for many tastes, but I prefer a little less of the salty/smokey air.