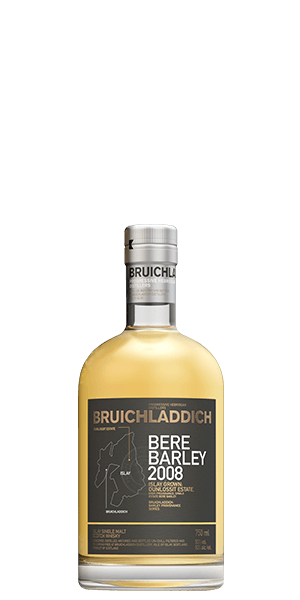 You shouldn’t abstain from ancient grain.

Bruichladdich is a fascinating establishment... To say the least. The distillery, known for making unpeated Whisky in a peat stronghold of Islay, has developed Whisky making to an art. For all one knows, perhaps we’re not really sure what art is, but we sure as hell know what we like and we just love Bruichladdich. They’re not afraid to experiment, but they remember where they came from.

That’s easy-peasy as both are not mutually exclusive in this case. You see, they’ve been set on their trailblazing ways from the get-go. The distillery was built in 1881 by the Harvey brothers, who came from a dynastic Whisky family. The brothers had wanted to create a distillery that was the very antithesis of an Islay farm distillery. They built a cathedral-like, state-of-the-art Victorian still house, where they used 6m tall stills, which was unheard of at that time, and way ahead of its time. Spoiler alert: they still are.

Each and every expression that comes out of Bruichladdich is something special. Case in point - Bruichladdich Bere Barley 2008. Bere? What is that you may ask. Well, bere is a type of super special ancient barley – supposedly it’s more than 4500 years old. Whoa. It also produces desperately low yields – 50% less than a modern crop. But what it lacks in harvest, it gains in individuality. And flavor! The taste is sweet and refined. One of the most unique Whiskies out there, no question about it. Bruichladdich proves once more they’re not afraid to go against the grain. By using the ancient grain, no less.

The Flavor Spiral™ shows the most common flavors that you'll taste in Bruichladdich Bere Barley 2008 and gives you a chance to have a taste of it before actually tasting it.

Ivan, Feb 13, 2020
lots of smooth cereal flavors. Got this in a sample and it's much better than the classic laddie and port charlotte

Jeffrey, Apr 2, 2018
Very smooth, a must for those special occasions!!

William, Feb 10, 2018
Delicious..need to see where I can buy a bottle
Load more reviews