This is a strictly limited blended Bourbon rich enough to swear by.

In a world of super-mega-conglomerates dominating international liquor distribution, Luxco stands out as one of the few larger, family-owned companies. But they have a large footprint. By our count they have 198 Spirit brands and variants across the full spectrum of adult beverages. If you have sipped at a bar or mixed cocktails at home you have had their products — from the classic Triple Sec to Rebel Yell Bourbon. The Blood Oath brand is the passion project of John E. Rempe who came to Luxco more than seventeen years ago to develop their portfolio of premium Spirits.

Each release of Blood Oath is called a "pact" and each one is a unique blend of select casks. Reach release has its own character and flare, but each is an unadulterated joyous offering of quality. Blood Oath Pact No. 6 is the current 2020 release. I tis the union of three superior Bourbons — a fourteen year-old, an eight year-old, and a seven year-old — masterfully combined into one blend harmonized in Cognac finishing casks. It’s the closest thing to grown-up Bourbon candy we’ve seen so far this season.

The Flavor Spiral™ shows the most common flavors that you'll taste in Blood Oath Pact No. 6 and gives you a chance to have a taste of it before actually tasting it.

Flavor / Taste / Palate
The palate follows on the nose with a thick, rich mouth-feel and spice cake with a dash of apricot.

Finish
The finish is medium length and warm all the way down. 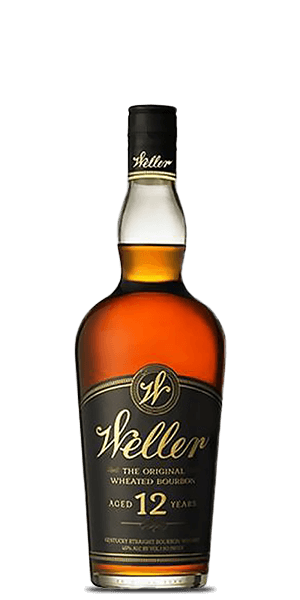