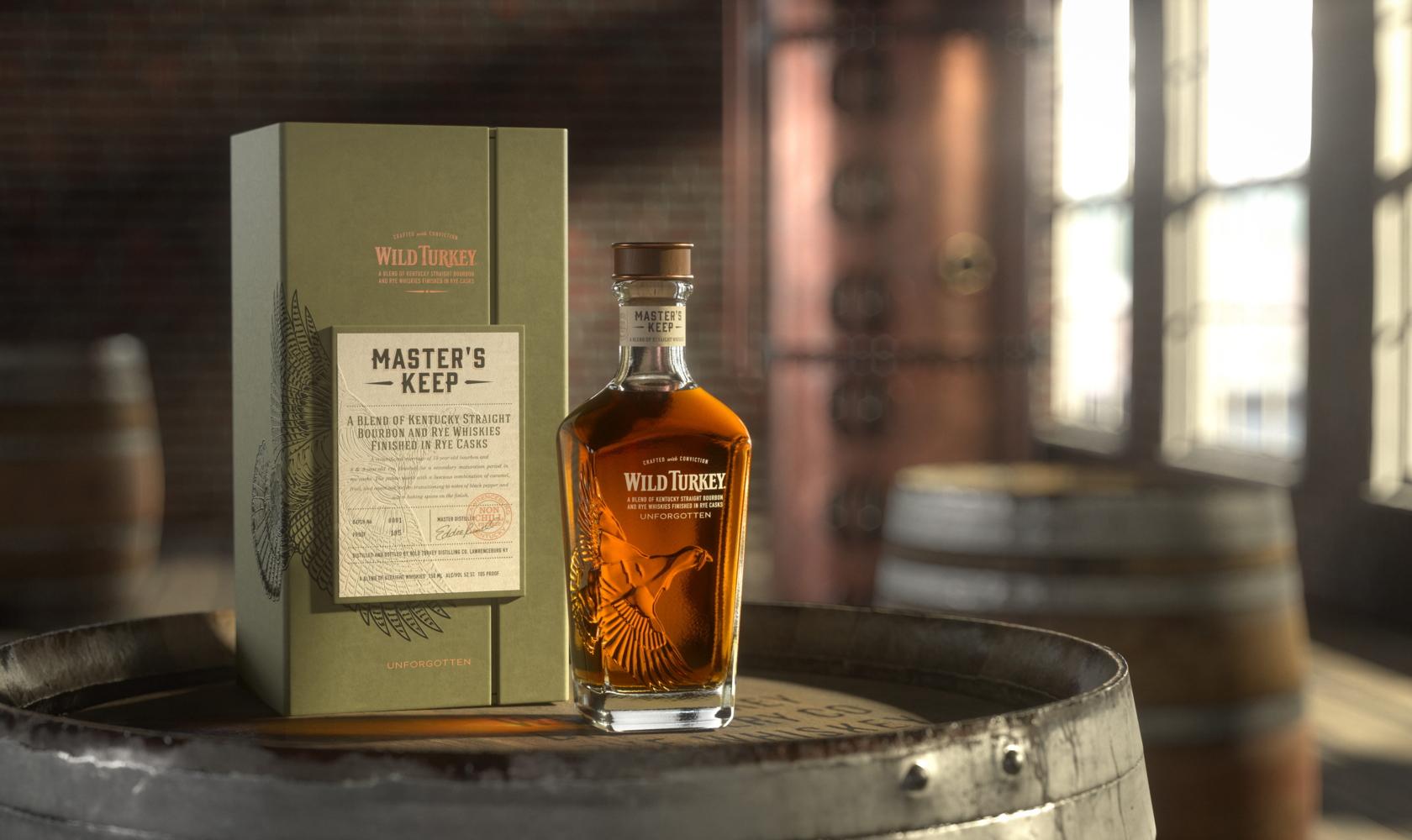 On a fateful day in 2010, an employee at the Wild Turkey® distillery in Kentucky made a big mistake, they mixed some of the historic brand’s signature Bourbon with some of its straight Rye Whiskey. While at first it seemed like a colossal disaster, the brand’s Bourbon Hall of Fame Master Distiller Eddie Russell had the bright idea to taste this inadvertent Whiskey blend.

Amazingly, the unique combination was actually quite delicious. So much so that Wild Turkey® decided to release it with the apt name Forgiven. For the record, the employee who made this mistake is still gainfully employed at the distillery.

To honor this miraculous bottling, Wild Turkey® is releasing this fall the very special Master’s Keeps Unforgotten. Unforgotten is a limited-edition blend of 13-year-old Bourbon and eight-year-old and nine-year-old straight Rye Whiskeys. After the Whiskeys were mixed together, they were then aged for a second time in used Rye barrels. As a result, it is incredibly smooth and has both sweet Bourbon notes as well as spicy Rye notes.

Just like Forgiven, Master’s Keep Unforgotten will no doubt become a favorite of Whiskey drinkers and collectors. So if you want to try this special blend, buy your bottle now.

Please Sip Responsibly. This article is produced in sponsorship with one of our spirited partners.