Published in:
By Max Garrone
Grappa is a traditionally Italian spirit distilled from all the solid matter left over from wine making. That includes all the grape skins, seeds, stems, everything.
Grappa is usually very high proof, above 40%, and has a somewhat justified reputation as firewater because, you know, it’s really alcoholic.

100 kg of moist, fresh pomace produces about 9 to 10 liters of Grappa.
But it also has a soft and subtle side that craft distillers pull from even the ugliest purple mashes leftover from the winery. These are still very high proof but they exalt the flavors in the grapes.

Unlike aggressively name controlled wines like Champagne or spirits like Tequila or Mezcal, Grappa can also be made in the United States where many winemakers and distillers are finding great success.

Grappa is literally made of garbage

Back in the old days, at least to the 15th century as far as the historical record is concerned, Italian peasants were incredibly poor. They lived off kitchen gardens and scraps collected from harvests delivered to the landowners. 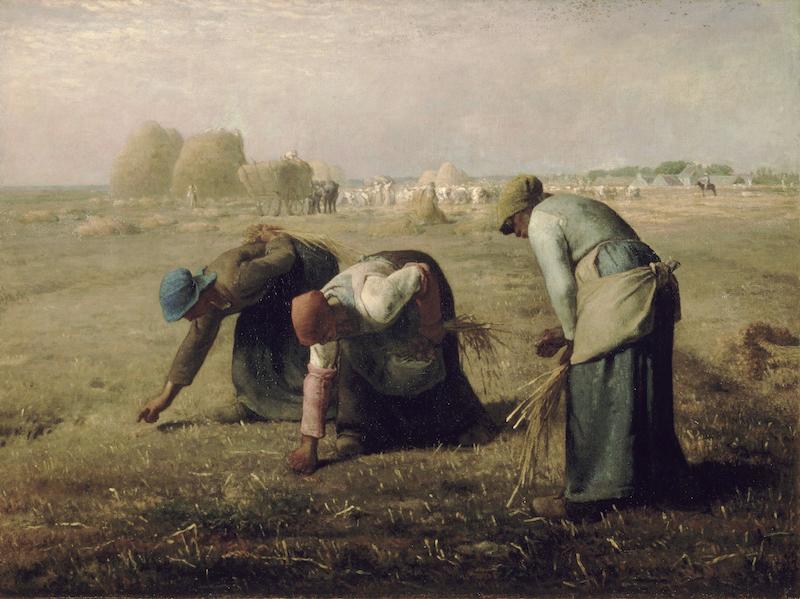 There is even a famous painting by Millet called The Gleaners depicting French peasants picking stray grains of wheat from fields just after the harvest.

Yes, it was incredibly hard to eat as a peasant so they learned to make food from everything.
Italian peasants being resourceful figured out how to make gold out of garbage because they also harvested all the grapes for their landlords, then made their wine, then took all the pressed grapes used to make the wine and spread it on the fields or fed it to farm animals. 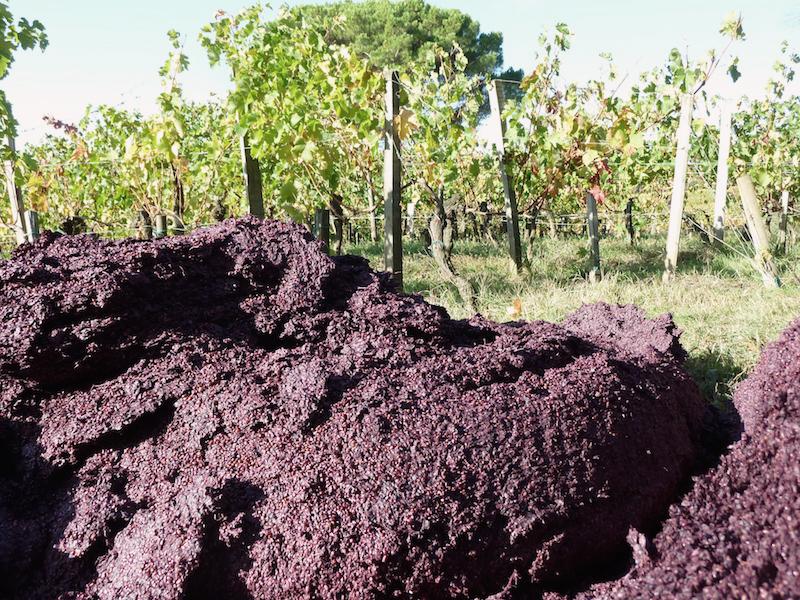 They did except they added a little step to the process.

Instead of dumping all that pressed grape matter called ‘grape must’ or ‘pomace’ directly to the fields or farm animals they figured out that they could take it home, ferment it, and run the resulting liquid through a distiller to create a high proof alcoholic beverage that made the winters, long days in the field, and poverty in general more bearable. Then they dumped the leftovers in the field or trough. That’s Grappa.

Sure, you expect me to believe that Grappa is still made this way?

It’s still made this way in many places, but what we call Grappa has evolved into a highly refined spirit.

Italian law requires winemakers to sell their pomace to grappa makers; this is a measure that was taken against moonshine operations. They say it works. Sfortunamente.
Some Grappas like Nonino or Poli, to name just two, are exquisite and are priced accordingly. Others like Nardini are great and much more affordable.

There must be a good Grappa origin myth

Right you are. The story goes that a Roman soldier in Bassano del Grappa, just outside of Venice, loved the smell of the grape must leftover from wine making and figured that he do something else with it. Of course it helped that he had taken a still from Egypt, whether that was on lay away or permanent long term loan no one knows, and put it to good use.

So there you go, the origin myth dates Grappa back to the Romans. Empirically we can’t back that far, it seems far more likely that Grappa was one of many spirits that emerged from Europe’s middle ages after alembics came from the Muslim world.
Read more about:
Published Oct 6th 2015
By Max Garrone