Mezcal, the Lesser Known Agave Spirit You Should Try Now 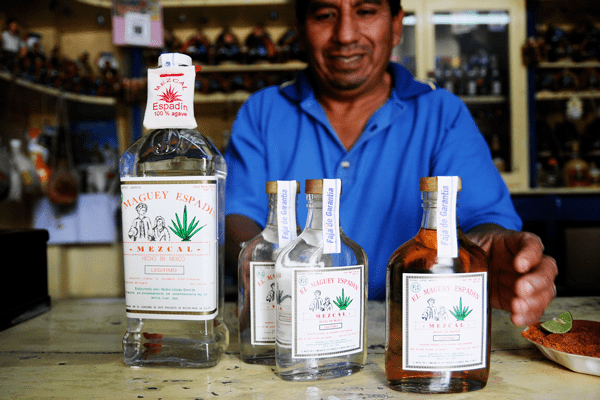 You’ve probably seen it in a bar next to Tequila and noticed Mezcal cocktails on the menu, but surprisingly few people have tasted Mezcal yet. And that’s a pity, because it’s one of the rarest, most underrated, and exciting spirits in the world.

Translated that reads "for everything bad, Mezcal; for everything good, the same.” So, there you go, Mezcal cures all that ails you and if you’re already feeling good, it only makes you feel better.

The Mezcal vs. Tequila Question

Ok, let’s get this one out of the way first. Traditionally any spirit distilled from agave is a Mezcal, so Tequila is a type of Mezcal. The first Tequilas were even called Vinos de Mezcal, that’s right, Mezcal Wines!

But: Tequila can be made only in and around the Mexican state of Jalisco out of Blue Agave and is roasted above ground. That leads to a very specific set of flavours and that’s what Tequila enthusiasts like.

As distinguished from Tequila the legal definition of Mezcal is a drink distilled from about 20 types of agave, in eight states across Mexico.

Traditionally it’s made in almost every Mexican state from a wider variety of agaves. It’s even made in Jalisco, the home of Tequila, but has a different name there, Raicilla – “little root.”

The root doesn’t really have much to do with Mezcal, except this story: When the Spanish wanted Mexicans to drink Spanish Brandy and thus generate more revenue for the crown, they added a heavy tax on Mezcal.

Jaliscan distillers renamed their Mezcal Raicilla, claiming that it was a medicinal drink made from roots and, in one of the many passive tax revolts in world history, pulled one over on the Spaniards.

Agave is to Mezcal What Grape is to Wine

The type of agave, growing conditions, and Mezcal maker are critical to what you pour into your mouth. 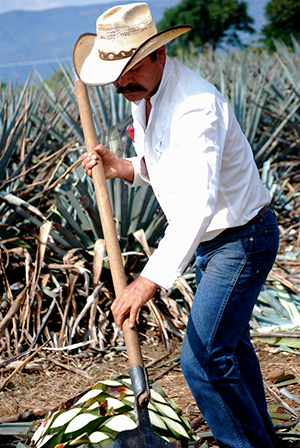 There is plenty of good Mezcal in the world, most of it is made with an agave called espadin, sword, because its leaves are so, well, reminiscent of excalibur. You’ll see espadin a lot on Mezcal bottles because it’s also the agave plant most adaptable to human cultivation.

Farmers in Mexico plant a lot of it and are planting even more to fill the demand from discriminating international consumers like yourself.

But there’s more. There is also the minority of agave plants that aren’t cultivated or just barely so. You can call these wild or silvestres.

Frequently it means exactly that, a crew went out into the communally held lands surrounding a remote village and harvested the agaves that had been quietly sunning themselves for the past 8-20 years and then hauled them back to the distillery to make Mezcal.

Yup, we did. Espadin can take 6-8 years to mature, frequently longer. Wild agaves generally take much longer. Oh and once you harvest an agave plant that’s it, it’s gone forever and you either have to plant another one or hope that a wild one found a way to spread its genes. Yet another reason why Mezcal is so rare and tasty, you’re tasting time in a glass!

More Proof that Mezcaleros Are Wise as Hedgehogs

Mezcal has a justly earned reputation as the product of a very rural existence. Traditionally the production of Mezcal starts with harvesting all the agave by hand. Then it's cooked underground for a number of days, crushed by a massive stone wheel pulled by a donkey, then fermented in open vats, and finally distilled.

Every step of this process is very basic and the fruit of expediency. All the materials can be manufactured on a farm. While some stills are the type you’re imagining with a big copper vat and serpentine copper tubing, most are much more basic and can be made out of clay pots, tree trunks, and many other items.

If, say, the government comes and breaks your clay pot still because it wants more tax revenue, you can just build another out of a clay pot. Or if you hear the troops coming you can just take it apart and the troops will never know what you were doing.

Donkeys, really? Yes, and they frequently have names. One of our favourites is named Rambo. 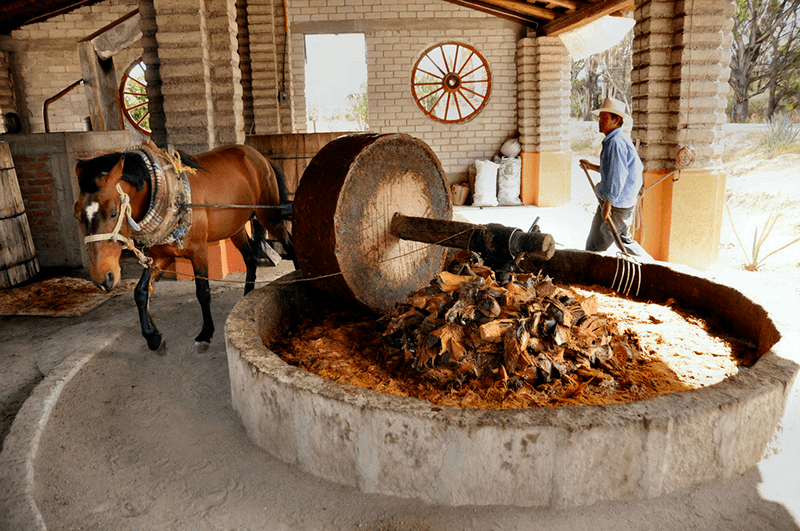 Mezcaleros, which is one of the words used to describe the men, and they are mostly men even if a few women are creeping into the industry, who make Mezcal, also use tractors to pull the grinding stones. This whole mechanism is called a tahona.

Feeling Adventurous? Pair Mezcal with a Pinch of Worm Salt

Good Mezcal really wants to be drunk neat so that you can appreciate the full range of flavours. But one of the classic culinary wingmen is a slice of orange and a bit of sal de gusano. 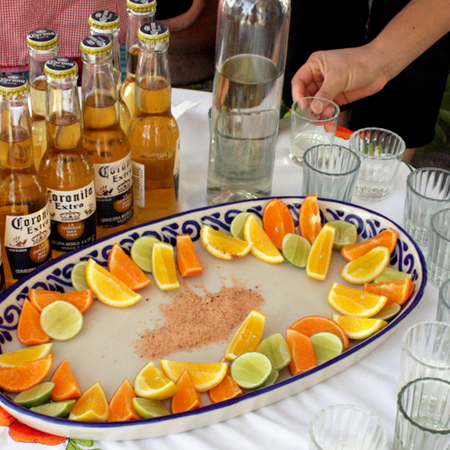 Extra credit if you just realized that gusano means worm, because this is ground up chili peppers, salt, and dried out worms. Sometimes the worms can even be found in the bottles of Mezcal.

You sip your Mezcal, appreciate the flavours, dip your orange slice in the sal de gusano and suck on it. The fruity, spicy, salty flavours really help complement and express the world of flavours in Mezcal.

If that reminds you of the old lime and salt on the crook of the hand method of drinking Tequila, then you’re A) probably older than 45 and B) catching on that citrus and fruits in general go exceedingly well with Mezcal.

And wherever you go, Mezcal is both socially drunk on its own and with meals. Just like the Norman tradition of using Calvados to ‘cut a hole’ in a heavy meal, Mezcal tastes great with fatty meats and spicy sauces.

"I’m a sissy and can’t stand the taste of alcohol on its own.

Is there any hope that I might enjoy Mezcal?"
Yes, you too have a place in the Mezcal world and you’re far from alone! In fact, most Mezcal in Europe and in the United States is consumed in cocktails.

Bartenders love the opportunity to play with Mezcal’s full-bodied flavour and smoky notes. And you should try them at home – here's some guidance on getting started with Mezcal cocktails.