A Brief History Of Absinthe 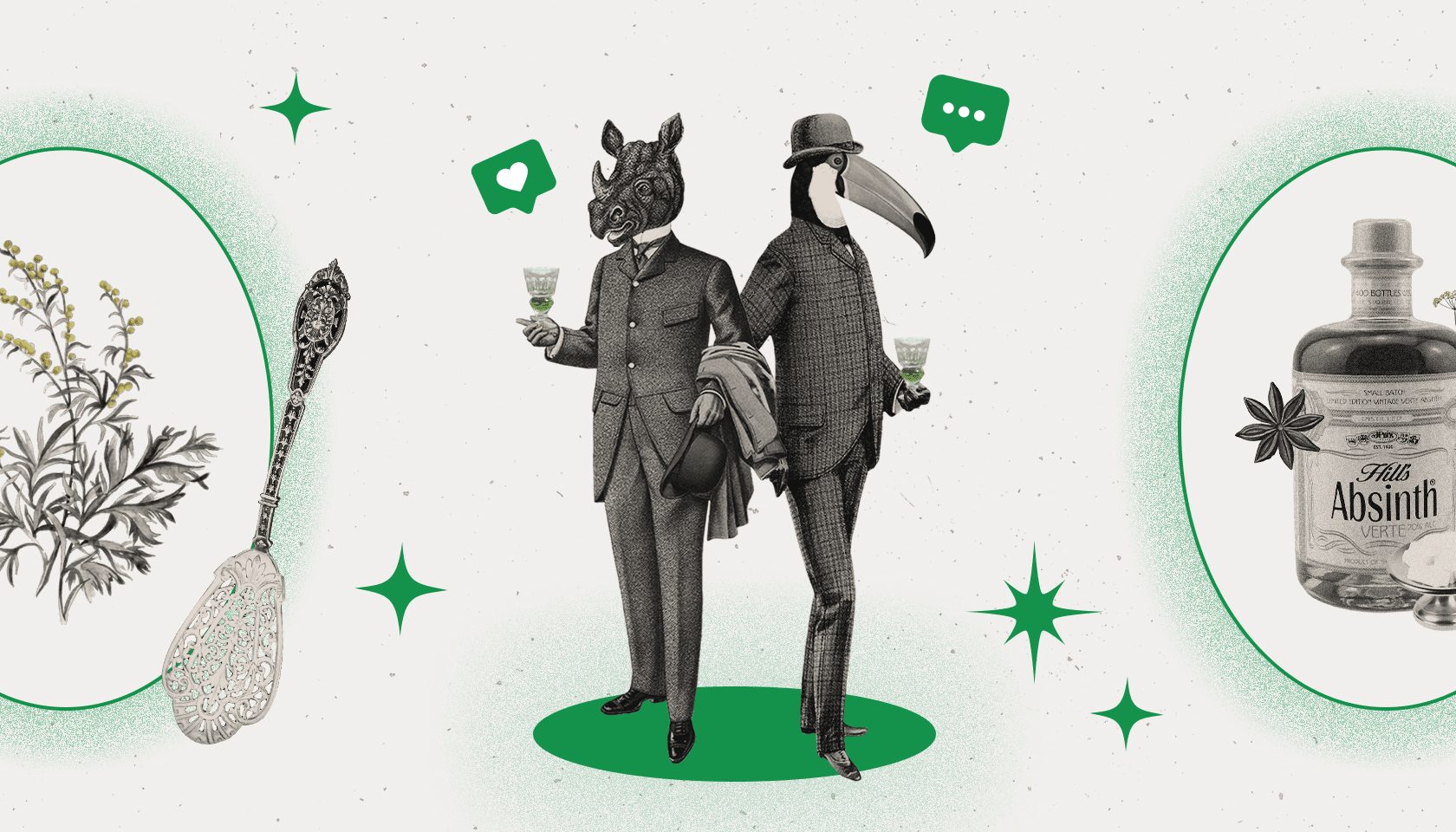 Absinthe, the Green Fairy of Booze, has suffered some bad PR over the years, but it's back and it has a lot to offer. Does it really make you hallucinate? How does it taste? Is it still illegal? Tune in to learn about the history of Absinthe!

Absinthe: The Green Fairy that supposedly makes you trip balls. The Spirit that was banned for almost a hundred years due to a gruesome murder. The medication that protected both ancient Egyptians and French Legionnaires from malaria.
Some of those things are true - some of them are not.
This is a Brief History of Absinthe and before we separate truth from bullshit, subscribe to our channel, hit that bell button, and make sure your YouTube feed hallucinates with spirited facts.

First things first: To get Absinthe, you need wormwood. It's a herb that supposedly cures fever, diarrhea, and malaria. The French Legionnaires even received a daily ration of Absinthe to fight the mosquito disease. And it's so incredibly bitter its name comes from a Greek word that literally means "undrinkable".
Despite the taste, Renaissance Europeans drank everything from wormwood-infused wine to wormwood-flavored beer, but it was the 17th century when apothecaries distilled the herb and actually created the Absinthe we know today.
Now, the mother of modern Absinthe is considered to be Henriette Henriod, but she didn't invent it. What she did was sell the traditional recipe to a Frenchman called Major Henri Dubied, who used his mad skills for marketing and turned the ancient cure into a party drink.

By the end of the 19th century, Absinthe was all the rage in Europe, especially in Paris. Thousands of Parisian bars and cabarets had special happy hour at 5 o’clock called “L’heure verte”, or the Green Hour. In 1880, mass production made Absinthe cheaper and by 1912, 36
million liters were consumed each year in France alone.

What made Absinthe even more popular is the wine shortage due to a disease that infected French vineyards at that time. Do remember this, it will be very important later. The artists obviously loved the Green Fairy, too: Pablo Picasso, James Joyce, Van Gogh, Oscar Wilde, and Ernest Hemingway, just to name a few.

Papa Ernie even invented his own cocktail by mixing Absinthe with champagne. He dubbed it “Death in the Afternoon”. In a letter to his friend, he wrote: “I got drunk on Absinthe last night and did knife tricks. Great success shooting one into the piano.” Oscar Wilde even compared it to a sunset!
But dark days were a-coming for the Spirit.

Remember the angry winemakers? Well, when an especially notorious murder occurred in Switzerland in 1905 that involved a drunk husband who happened to drink Absinthe among a variety of other liquors, they started a media frenzy that turned Absinthe into a hallucinogenic
murder drink.

With some help from the anti-drinking Temperance Movement, the green Spirit was banned before you can say "wait a minute!"
Switzerland abolished it in 1910, followed by America in 1912 and France in 1915. And it stayed that way for almost a century. Funny thing, too, because in reality, Absinthe doesn't make you hallucinate at all. We know, right?

In any case, we're lucky we're living in a world where Absinthe is legal again.

The first revival of Absinthe came in the 1990s from the Czech Republic when Hill’s Absinthe hit the shelves. Sure, it wasn’t the best quality and the recipe lacked a few essential herbs, but Absinthe had a comeback, Bohemian Style.
Then, in 2000, the first real commercial Absinthe in almost a century came out in France. It was called "La Fée Absinthe" and it used nine herbs and traditional strength, Henriette style.

Switzerland lifted the ban in 2005, while America did it two years later. That means Absinthe was still illegal in the States when James Blunt told us we’re beautiful!
Considering new types of Absinthe are being invented all the time - there’s even a frozen one out there - we shouldn’t worry about the future of the Green Fairy.
Tell us what’s your favorite Absinthe in the comments below. Cheers!