Sotol: Take a Sip From The Desert Spoon 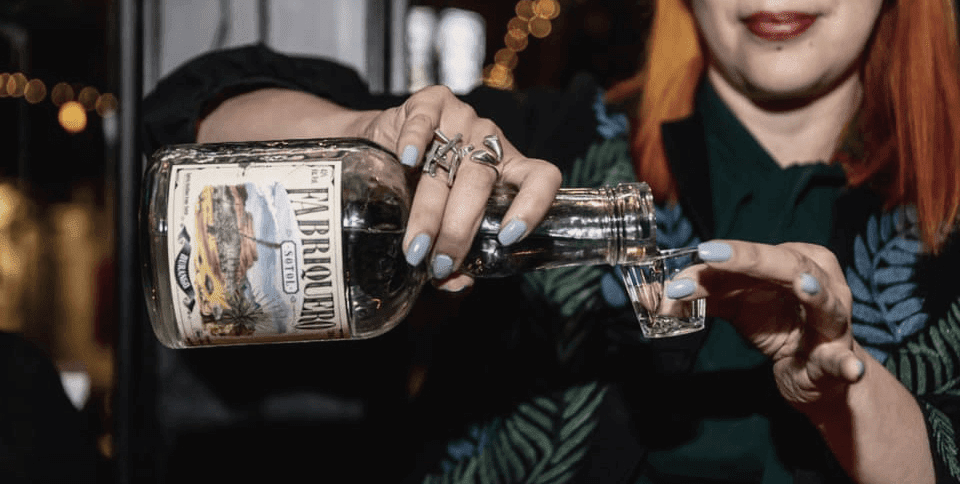 You know Tequila, Mezcal, maybe even the catch all agave Spirits category, but have you heard of Sotol? It’s a desert Spirit very similar to those great agave Spirits but with its own Story and quirks.
Let’s take a sip from this (hidden) desert spoon...

So, what’s Sotol? It’s a Spirit made from Dasylirion wheeleri and similar species in the northern deserts of the Mexican states of Chihuahua, Coahuila and Durango.

Traditionally the name “Sotol” can be used for both the Spirit and the plant from which it is made. It has a long history as a plant and a Spirit, local indigenous peoples may have given it its moniker of “desert spoon” because they roasted it and chewed on the spoon shaped ends just like giant artichokes.


As a Spirit it seems like it popped up soon after the Spanish arrived with distilling technology and has had something of an outlaw reputation ever since. That’s partially because it’s grown in the border zone, partially because Mexican laws have kept it in a semi or illegal state, and partially because people like that idea. But now it’s joining the Mexican Spirits revolution with new labels of exquisite quality.
In sensory terms Sotols tend to have that same sweet roasted foundation as Mezcal but have more herbal in flavors. That is, of course, a huge generalization. Some Sotols are incredibly rich in sugars, some very mineral driven, and some are the most herbal drinks you’ve ever tasted.

Why is Sotol considered similar to Mezcal?

Even though it’s made from a completely different plant, Sotol has been lumped into the same category as agave Spirits mostly because it’s made exactly the same way. Just like Mezcal, Sotol plants are harvested by cutting off the sharp leaves and severing the plant from the roots.


Then they are roasted underground, crushed by hand or with shredders, fermented with wild yeasts, and distilled using mostly small copper or stainless steel stills.

Sotol plants grow wild and widely across the Chihuahuan desert so there is a long tradition of distilling where the plants are rather than always bringing plants back to a centralized distillery.

The distiller and his team will go out into the countryside, harvest a bunch of sotol, dig a pit, roast the sotol hearts there, then dig fermentation pits lined with wood that look eerily like coffins, and do the rest of the distillation work right there out under the stars.


Obviously that approach is terribly work intensive, slow, and doesn’t yield much Spirit. It can also result in a fantastic Spirit but with the growth in demand for Sotol more distillation is happening at larger facilities, even if larger mostly means a very simple location with open air fermentation vats and a still that has many modifications.

Like many Mexican Spirits there’s an active discussion about what constitutes a Sotol.

Traditionally it’s been made in the triangle of states that define the Mexican side of the Chihuahan desert (Chihuahua, Coahuila, and Durango) but plants don’t respect borders and traditions don’t either. Still, legal definitions and branding campaigns being what they are, the official Mexican appellation for Sotol only allows the name to be applied to Spirits made from Sotol plants in those three states.


Spirits are distilled from Sotol plants in many other Mexican states but especially in neighboring Sonora. The heartland of Mezcal, Oaxaca, also produces a Sotol called Palmilla because that’s the local name for the plant. It seems that the plant has been local to Oaxaca for some time so it’s perfectly possible that the Spirit has been as well. And, since Oaxaca is on the other side of the country from Chihuahua, it’s perfectly possible that many other Sotol Spirits have been and are being made throughout Mexico.


And, there’s a long history of Spirits distilled from a mixture of agave and sotol that continues in Chihuahua, Sonora, and other states. Traditionally these may have been called Sotol or something else. Today they can’t officially be called that any longer.
Recently an even bigger definitional question has emerged because distillers north of the Mexican border have been making use of all the Sotol plants that grow throughout the Chihuahua desert because it’s not only plants that don’t respect borders, deserts don’t either and the Chihuahua desert extends into areas of West Texas, Southern New Mexico, and Southwestern Arizona.


The Sotol plant grows wild in all those areas so distillers like Desert Door and Genius Liquids have been making Spirits from it and calling them Sotol. There’s some friction about this legally and culturally with the Mexican state trying to assert control over the name and some arguments that U.S. distillers using the name “Sotol” are usurping Mexican heritage. The discussion is ongoing.

One of the more interesting facets of the Sotol story is that it seems to be a very sustainable resource. Unlike the agave plant, sotol plants don’t usually die when they’re harvested. As long as the root structure is left intact some sotol plants will sprout anew.


There is plenty of research to be done in this area but if this holds true it could be a great development. The fact that sotol plants grow so robustly in the wild, have such a wide range, and don’t require irrigation makes a great case for them as sustainable alternatives. After all, there’s a reason why they’re used as drought resistant plants in nurseries all over the West and Southwest of the U.S.

We're at a very fortunate moment because there are so many, and so many good, Sotols available now. Here are just a few suggestions to get you started:
Clande was one of the first Sotols on the U.S. market and continues to maintain an incredible level of quality with small batch distillations that represent some of the great variety that different plants, terroir, and distillers bring to this category.

Fabriquero Sotol focuses on expressions from two of the states in the appellation, Durango and Chihuahua, to give you a sense of how Sotol flavor changes with terroir.


Sotol La Higuera offers three labels, each the product of a different Sotol species. These are intensely flavorful, and incredible bargains.
What do you think about Sotol’s cross border identity? Tell us in the comments.
Cover photo: Fabriquero Sotol