Hang Out With Fellow Spirit Lovers On Our Live Online Show 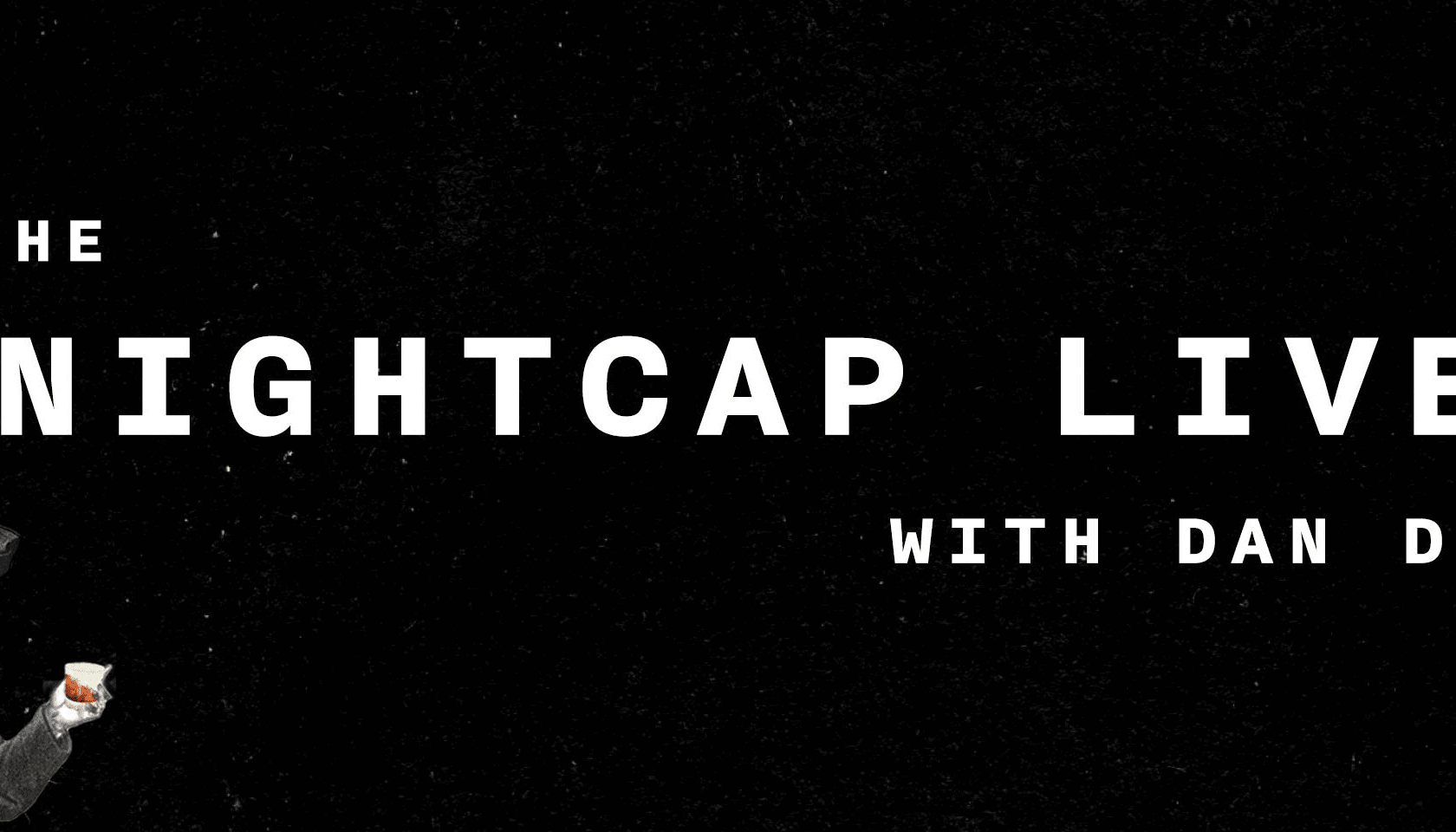 Staring into your glass of a favorite Spirit, craving quality online content about booze? Well, aren’t you lucky! Flaviar introduces its interactive LIVE show - The Nightcap live.
Every week, we host special guests - from actors, comedians to entrepreneurs - and a Spirits expert and they talk about Spirits and literally everything else. You can join the conversation on Facebook live streaming, if lucky, you can also win free Flaviar membership in every episode giveaway.

Late to the party? No worries, scroll down to watch all the past episodes.

But make sure you don’t miss the upcoming ones - subscribe to our YouTube channel and sign up for notifications or just check out this page regularly.

We’re excited to announce this month’s shows on Flaviar’s Facebook and YouTube channel. It’s going to be a fun ride, and if you’d like to taste with us, grab yourself a bottle.


Since the world isn’t flat and we have time zones, each episode is also available on our YouTube channel after its premiere. See you LIVE.

You can’t have Bourbon without barrels, and you can’t make those without oak. Pretty straightforward, innit? That’s why Angel’s Envy came up with a fantastic idea of planting an oak tree for every drink or bottle photo under #ToastTheTrees. Their co-founder Wes Henderson joined Dan to talk about the movement to save Bourbon and to taste two of their delicious Whiskeys.

This was the second time we got a Double Dan treat. This time, Dan Dunn hosted actor Dan Amboyer, and they were tasting Frérot Extra, Flaviar’s new premium Cognac. Brand spokesperson Amy Yabukoff told us all about it.

Mezcal is a mysterious, wonderful Spirit, and we went on a Mexican adventure with Evan Jonigkeit (from Netflix’s Frontier). He and Dan Dunn enjoyed the Mezcalistas Tasting Box that presents Rey Campero, Alipus, and Vago Mezcals.

What do you get if you bring two podcasters together? With this pair, we expect nothing less than frolic!

The two Dans - Dan Dunn & Dan Cummins - joined forces to determine which Whisky they prefer best: Japanese, Taiwanese, or Aussie. Oh, and they talked between the shots - a lot!

On August 13, we hosted two great guys that know all about flavors. Food author and hamburger guru George Motz joined Darrio Prescod from Mount Gay Rum for an hour of chatting and tasting.

Marc Summers of Double Dare fame and What Would You Do? joined to taste a flight of Scotches!

We went back to Hollywood! Dan Dunn hosted Benjamin Norris, a very talented actor whom you probably know as Trent from Netflix’s “Never Have I Ever.”

In this week's episode of NightCap Live, we brought a fighting Spirit (no pun intended) with UFC Fighter Angela "Overkill" Hill and UFC Champion Jens Pulver. We were tasting Flaviar's "Gangs of New York" Tasting Box, while talking about the UFC, sports and more.

In this week's episode of NightCap Live, we brought a fighting Spirit (no pun intended) with UFC Fighter Angela "Overkill" Hill and UFC Champion Jens Pulver. We were tasting Flaviar's "Gangs of New York" Tasting Box, while talking about the UFC, sports and more.

June 24, we were drinking Gin and taking our noggins for a spin. Dan Dunn hosted Britain’s most popular quiz master and Youtuber, Jay Flynn. Have a pen and paper ready, so you can play with your pals at home or over a private chat.

We were mixing Rum and comedy on June 18! Dan Dunn hosted Pavol Kazimir, the brand ambassador for Brugal Rum, who showed us what Rum needs to be to impress Whiskey lovers. They were be joined by TV writer and producer Phil Rosenthal, who created the wonderful Everybody Loves Raymond.

Our idea of a perfect evening is relaxing with friends over Whiskey and just fooling around. Well, put Dan Dunn and Carlos Mencia on the same stream, giving them our Whiskey-centered Welcome Tasting Box to try - see what happened.

Ready for stories about cool grandpas, the Prohibition, and what it takes to make a rich & layered Bourbon? Dan Dunn hosts Dixon Dedman, Kentucky Owl’s Master Blender, and the East Coast rapper Chevy Woods. So, hip hop and quality drop!

How excited are you about Bill & Ted Face the Music? If you can’t wait, we have a treat for you: Steven Soderbergh, the great director of Ocean’s Eleven and Contagion, joined NightCap Live with Dan Dunn! They talked about movies and Hollywood, but their main focus was Mr. Soderbergh’s own brand of Bolivian Brandy, Singani 63. The Spirit has been around for 500 years, but Singani 63 is the first of its kind to go outside Bolivia.

Plus, we had a special giveaway for our viewers: a mint condition French poster of 2001: A Space Odyssey from the director's private collection. We don't even dare to think about the auction value of this. It's priceless!

In the first episode of The NightCap Live, Dan Dunn hosted Oliver Cooper of Project X fame, and a Spirits industry veteran and inspiration behind Hercules Mulligan, Steve Luttmann. They savored and discussed our award-winning Hercules Mulligan Rum & Rye, the tailor-spy behind the name, and lots more.

Tune in for another episode of NightCap Live with Dan Dunn, “Craft Brands” Edition where we celebrated craft distillers.

We chatted with three of them about the magic of Whiskey-making: Louise McGuane from J.J. Corry Irish Whiskey, Bryan Nolt from Breckenridge distillery, and Colin Spoelman from Kings County Distillery.

What pairs with American Whiskey? Country music! Damon Boelte hosted Jarrod Dickenson - he brought the guitar and we brought the booze. They were tasting our Texan Spirits Tasting Box.