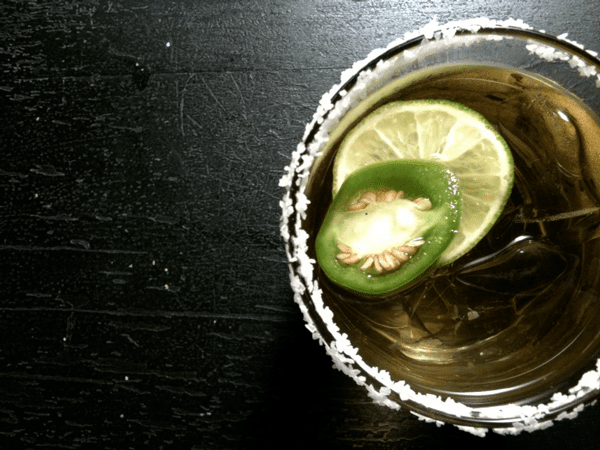 Mezcal is one of the most versatile additions to the cocktail world and its presence on cocktail menus across the world vouch for that statement. If you’re looking for something new to serve at your holiday party, this could be it.

Bartenders love flavour and are mostly really bored with standard mixing spirits like Vodka and Gin, because they tend towards the flavour lite spectrum.

Mezcal brings a very distinctive full-bodied flavour to a cocktail, which can anchor the body of a cocktail or be used as an accent; that thing where you think the whole is greater than its parts. The smoky notes don’t hurt either.

“Most people fall in love with it. It’s similar to Campari in that respect,” Matt Stanton at San Francisco’s Sabroso recently told Medium. That tells you plenty about its distinctiveness and potential. There’s also a hint about a winning Mezcal cocktail in that statement but we’ll get back to that later. 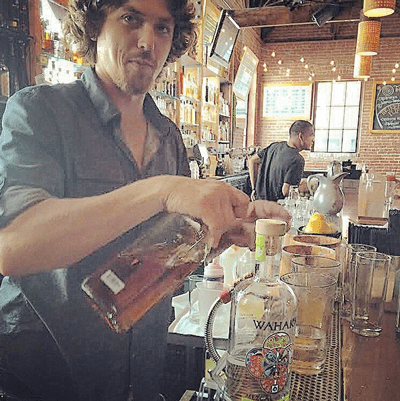 Where do I find them?

This isn’t a safari so you’ll frequently find great Mezcal cocktails in contemporary temples to the cocktail or Mexican bars.

Bartenders, being the creative and smart types that you know and love, are now inventing an entire canon based on Mezcal. Many are currently in love with Mezcal, so ask them for a cocktail with it and you’ll gain more street cred and give them an opportunity to show off.

What if I want to stay in and mix drinks at home?

We get it, you’re a show off, you were the first person to streak at your school, told that joke which promptly got you suspended, oh and that dent in dad’s car that no one could ever figure out? That arrived out of nowhere as a result of driving while blind to impress your friends. Fortunately you just nicked a bollard instead of something ambulatory.

In any case, we're here to help you answer the following question. What is a good Mezcal for cocktails? Here's a few brands that are all a good choice: 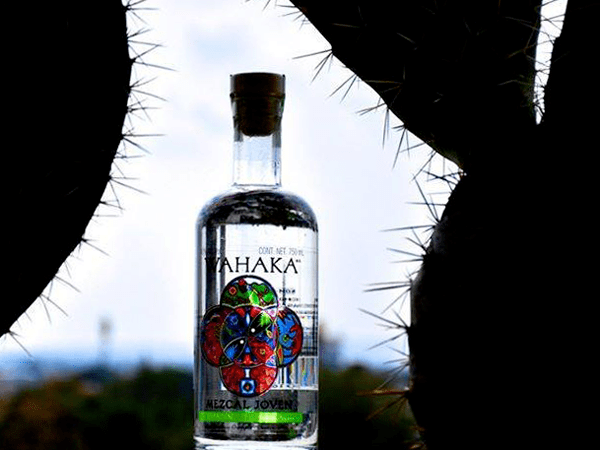 → Vida: Good quality, can be found everywhere and works great in cocktails.

→ Montelobos: Smokier, sleeker body, a bit more difficult to find.
→ Sombra: Easy to find and the smokiest of this bunch.
→ Alipus: Four different bottles to choose from, all with variations in taste, but they all match well in cocktails so give one a spin. If you’re agonizing, pick the San Andres.
→ Wahaka Joven: The lowest alcohol level of this bunch, but very flavourful.

These three Mezcal based cocktails will fire up your bash and keep the social situation lubricated for the duration.

Oaxaca Cooler
A modified margarita or the offspring of the Pimm’s Cup and Margarita. Either way it’s very refreshing, very drinkable, and you can make it by the pitcher or punch bowl so that you can stay focused on chatting up Jennie about selfie strategies.

The ratios are the same as the classic: 1.5 Mezcal, 1 lime, 0.5 Cointreau shaken and strained into a coupe glass. You can garnish with a slice of lime or line the rim of the glass with sal de gusano.

If you're avoiding smoke then opt for Fidencio’s Sin Humo which is one of the more unique Mezcals out there, because it’s made in a manner similar to Tequila which means that you get all the Mezcal flavour without the smoke. Of course we think a bit of smoke helps something like this, so try Del Maguey’s Vida or one of the Alipus bottles to add a bit of distinction.
Mezgroni
(Or perhaps we're just trying too hard? Why don't you try that name out on your guests and report back?)
This could very well rock your world. The ratio is 1 part Mezcal, 1 part Campari or Aperol, and one part sweet Vermouth or something a bit stronger like Punt y Mes. If you want to get really wild try Fernet Vallet in place of the sweet Vermouth, it’s Mexico’s very own version of Fernet. Stir over ice, strain into a glass over ice. Garnish with an orange peel. (source) 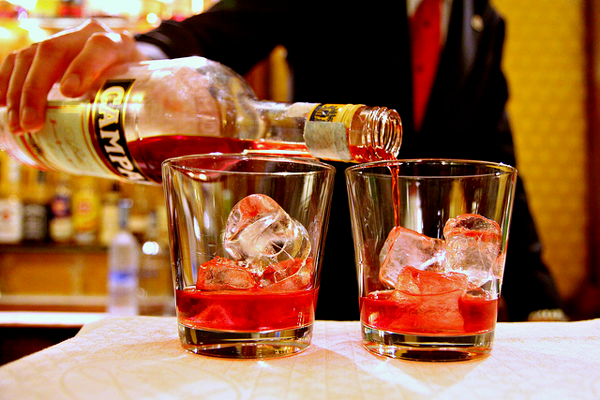 Something like a
Mezcal Manhattan
With two parts Mezcal, one part sweet Vermouth, and a dash of bitters stirred over ice, strained into a coupe glass and garnished with an orange peel. If you want to really sneak up on your guests make it one part Mezcal, one part rye Whiskey and then follow the recipe as normal. Don’t tell them what you’re up to, see what they say. (source)