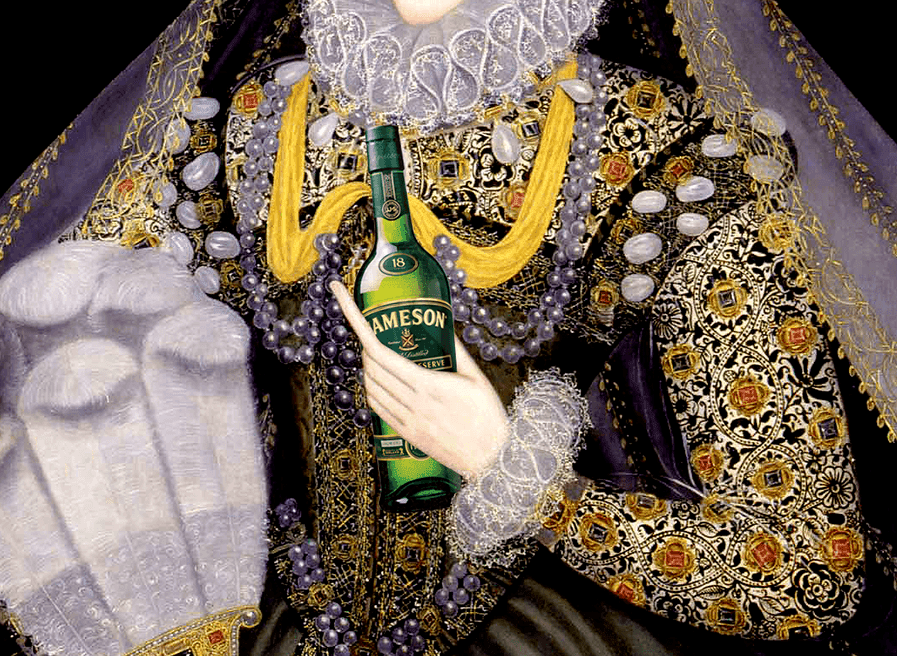 A pint of Irish 'black gold' is not a bad option, but we’re even more excited about raising somewhat smaller glasses of Irish drinks.
The one and only ♣ Irish Whiskey ♣ is our drink of choice these days and here’s what you should know about it:

Maybe you've noticed it before, but let’s just take a wee moment to help you keep your Es in order with this simple rule: There is an E in the word Ireland, so there is also an E in their Whiskey. The rule also holds true for the United States, so while there is no E in Scotland, Japan, and Canada the same goes for their Whisky. All clear? Good.

A style unique to Irish Whiskey, though not the only production method used in Ireland, is called single pot-still. It's a triple distilled Whiskey, made from a combination of malted and also unmalted barley.

The malted barley that is used is typically (with a few exceptions) dried in closed ovens, so the smoke never gets to influence the taste, whereas in Scotland it's much more common to dry malted barley over the fire and in smoke and then distill it twice. The differences in the production method influence the flavor profile of the Irish Whiskeys that tend to be lighter and smoother, which makes them very approachable.

In the Spirit of the Irish and to make things just a tiddly bit more complicated, not all Irish Whiskeys are of this kind. In fact, 90% of them are a blend of single pot-still and another two types: One of the most famous brand ambassadors for Irish Whiskey was none other than the famous 16th-century flame-head, her majesty Queen Elizabeth I.

Whilst the history of Irish Whiskey goes way, way back, it’s not all blue skies and green fields, but the late 16th century is recorded as definitely one of its bright periods when it became a trendy drink of the English court.

#5 Whiskey in the jar

This Irish folk song made it big time thanks to Thin Lizzy and Metallica, but was first popularized by legendary Irish folk band The Dubliners - enjoy the craic and feel the jig flowing in your legs!

Our advice to you: get it while you can! All recent reports are suggesting that the popularity and consumption of Irish Whiskey have been on the rise over the last years. Being produced by only a few distilleries, we’re getting the jitters that the world might run out of this smooth awesomeness, so we tend to drink it every chance we can.

And since we're pretty hot in sniffing out drinks that are well worth your taste buds, you might as well join us in a wee bit of Irish Spirit with our Whiskey tasting set. Similarly, we compiled a selection of the best Irish Whiskeys under $100!