Published in:
By Anna Archibald 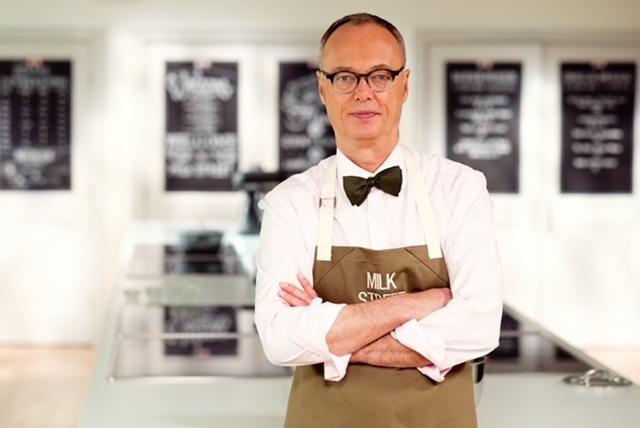 Tucked away in a modest corner off of his kitchen, just next to the staircase leading down to his basement, Christopher Kimball’s home bar in Cambridge, Massachusetts, packs few frills. A cabinet below and a single shelf above provide ample storage for an assortment of other, less frequently used bottles.

“It’s tiny–it’s probably two-and-a-half feet by three feet or something,” says Kimball, the chef, editor, publisher and personality behind Milk Street. “I don’t actually make drinks there. I just keep everything there and then I pull it out to the kitchen, which is six inches away. I make drinks in the kitchen because of the ice, the mess and everything.”

He set up the bar so he can easily make his drink of choice, an Old-Fashioned, which he’ll have “five nights a week, probably seven nights a week on a bad week.” It’s little surprise that Kimball has a soft spot for this classic drink, which is essentially the first cocktail. It’s been in his drink-mixing repertoire now for more than six decades.

“This is probably true of a lot of people my age. I was the bartender as a kid growing up from my parents,” says Kimball, 71. “I always thought that was sort of a unique thing until I talked to a bunch of other people that grew up in the ’50s and ’60s. I was the one who had to mix the drinks and I think that’s how I figured out how to make an Old-Fashioned at age nine or something.”

His parents had a bar in the corner of their living room in Rye, New York, complete with a drink tray and an assortment of bottles. Though the set-up was quite different from Kimball’s current kitchen nook, his affinity for the Old-Fashioned lives on, and he’s perfected his bartending technique.

These days, he prefers his Old-Fashioned shaken, not stirred, with a raw sugar cube, and both orange and aromatic bitters. Thanks to a bartender friend of his in Boston, he also makes his with a split base of bourbon and rye whiskey. “The rye offsets the sweetness,” he says. “I think bourbon tends to be a little flat and sweet on its own.”

Occasionally, he’ll even add a dash or two of chocolate bitters.

“That’s my drink of choice even in the summer sometimes,” he says. “I like Willet Bourbon and High West Rye. Then I actually shake it on ice—which I know is a crime—but I like my drinks cold. I shake it because it dilutes it a little. But then you drink it fast. If you let it sit around for 10 or 15 minutes, the whole nature of the dilution, the proof changes and that ruins the cocktail.” 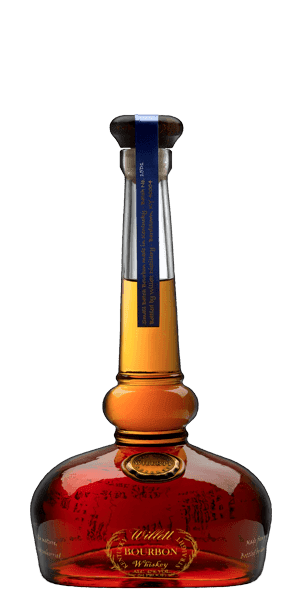 He cites famed bartender Harry Craddock of the Savoy Hotel in London: “He [wrote] a long time ago that [a cocktail should be] very cold and drunk very fast. There’s a moment when the cocktail is perfect. And it only lasts for a few minutes.”

On balmy summer nights when Kimball is in the mood to branch out from his usual Old-Fashioned, he keeps a handful of other bottles on hand. There’s usually some variety of Italian amaro as well as a bottle of anise-flavored pastis. His wife is partial to Aperol Spritzes, and they both enjoy cocktails made with Austrian schnapps they’ve collected during their travels, including ones flavored with elderflower and apricot.

“There’s a place called Sporer on Getreidegasse in Salzburg—my wife has family there—and what they often serve in the summer is a spritzer,” says Kimball. “People go outside and you’re allowed to drink on the sidewalk or on the street, so there’s always a group of people outside speaking a Salzburg dialect that I cannot understand. That’s a great drink.”
There’s a moment when the cocktail is perfect. And it only lasts for a few minutes.

The spritzer includes prosecco, schnapps, sparkling water, mint and lemon. “The elderflower schnapps have, obviously, a floral flavor to it that’s really unique and terrific,” he says. “If I was going to make a prosecco spritzer, I would put that in it. It’s just a great summer drink.”

Though Kimball once enjoyed hosting parties and mixing drinks for guests, he doesn’t find the same thrill in it anymore. Nowadays, the father of five (including two young children ages three and five), only entertains a handful of close friends on rare occasions—and even then, the bottles he and his wife have collected are well guarded: “Do other people drink my Austrian schnapps? No.”

They may, however, get a Jockey Club, for which he keeps bottles of gin and crème de noyaux (“it’s made from apricot pits”) on hand. The recipe also includes lemon juice, simple syrup and orange and aromatic bitters—a “go-to summer cocktail.” Or, perhaps he’d mix some other drink in his antique cut glass Martini shaker—one of his few tools besides a silicone-tipped muddler, a few long-handled spoons and his trusty $10 Boston shaker. “It’s great. It’s cheap. It does a good job,” he says.

“I think when you get older, you get more set in your ways,” says Kimball. “You find out what you like and you don’t like. So I found that I don’t like almost any other cocktail, really, as much as an Old-Fashioned, so why would I drink anything else?”

In our new column, What’s In My Home Bar, we’ll be featuring the set ups of amateur bartenders. 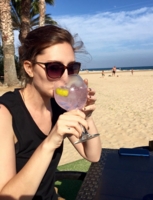 Anna Archibald is a freelance writer and editor based in Lawrence, Kansas, who covers cocktails, spirits, food, and horticulture. Her work has appeared in The Daily Beast, Wine Enthusiast, Mother Earth News, Women's Health, Thrillist, and other publications.