At Glenfarclas, it's all about family − the Whisky comes naturally. 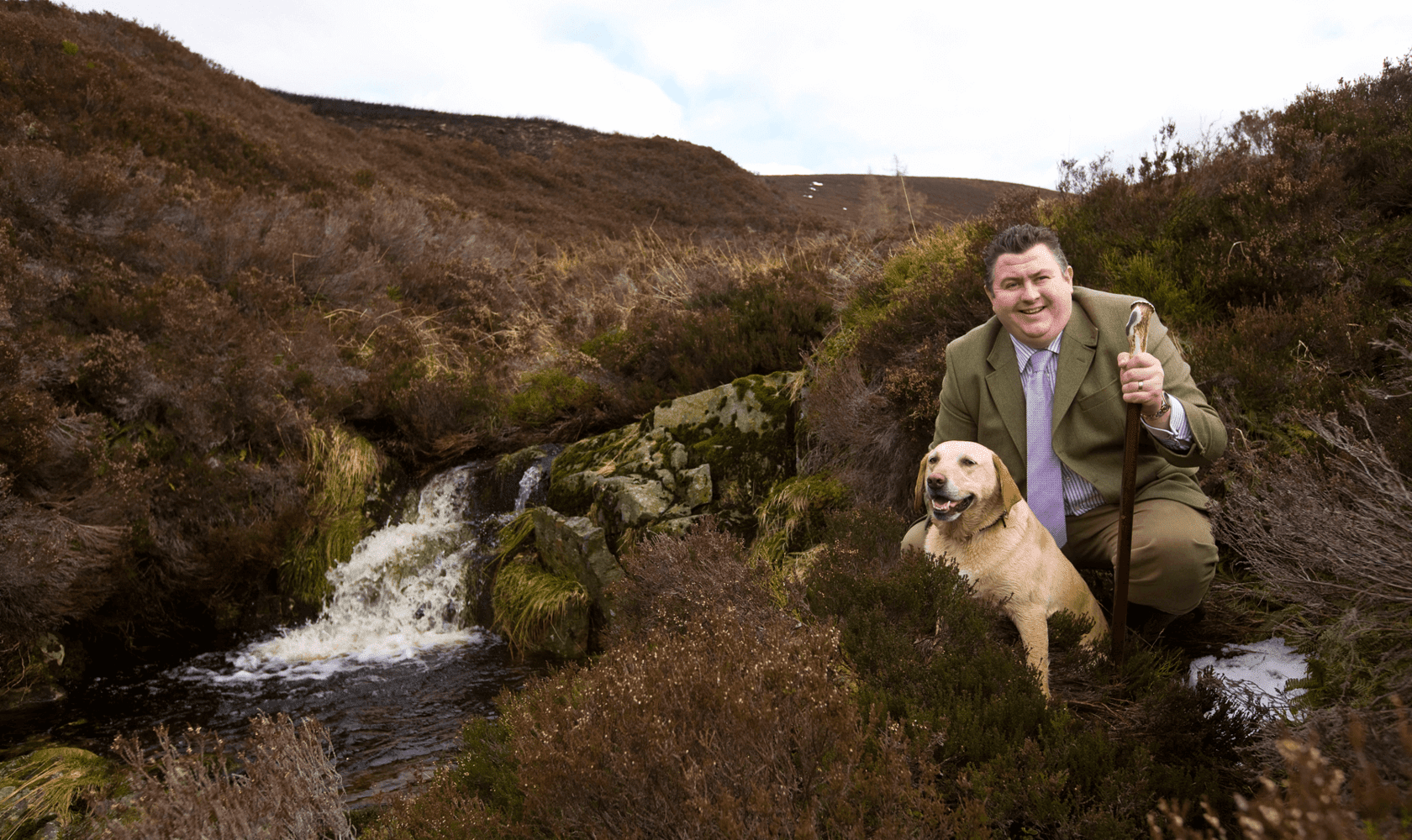 Widely recognized as one of the few distilleries to have been owned by the same family for 150 years, as well as producing single malts of exceptional quality, Glenfarclas is one of the most universally beloved Whiskies.
We were lucky enough to have had a chat with George S. Grant, who is the 6th generation of the family behind Glenfarclas Whisky.

While his father John L. S. Grant oversees the production part of the distillery business, George heads up sales, personally looks after all of Glenfarclas’ special bottlings, and is also involved in the distillery’s tasting panel, deciding on all the other bottlings they do.

George shared his views on Whisky and the industry with us, as well as revealing the exciting plans they have for the very special year ahead…

2. What’s your second favourite Whisky?
My other favourite Whisky is anCnoc. All of them, although I particularly enjoyed the 21 year old they released a couple of years ago. This was also the first distillery that I worked at.

3. What superpower would you want to have?
A time machine. I’d go back to my grandfather’s time to make more Whisky.

4. What is your favourite music and what drink goes with it?
If you had asked me this question 10 years ago, I would’ve had a better answer. I have two daughters, one is 9 and one is 4. The only music that we listen to at home or in the car seems to be their music.

I used to enjoy going to New Orleans a lot, going to all the jazz festivals. I would sit on the banks, listen to jazz and have a nice dram of Whisky, probably the 17 year old Glenfarclas.

5. What would you want to eat and drink for your last supper?
I guess I would go with something really disgusting, because then it would last much longer (laughing)… I have no idea… If it were to be something enjoyable, I would just go with a liquid dinner. A Whisky and then more Whisky.

Growing up with Whisky, you must’ve learned to appreciate it at an early age. What do you look for in a Whisky?
Everybody has his or her own opinion of what a good Whisky is. To me, a good Whisky is something that’s enjoyable. A Whisky that isn’t going to hurt you and that’s actually going to have some flavour. There’s nothing worse than Whisky that’s very light, with no body to it, with no alcohol in it.

There’s also nothing worse than Whisky that has too much body and too much alcohol. You always want to have a balance, that medium in between. You want to have the richness, the fullness, the full-bodied flavours; you want it to be enjoyable to drink.

What defines Glenfarclas Whiskies?
Firstly, it’s pride. My family has made this for over 150 years. I take great pleasure in tasting some of the old Whiskies that we made in the 50s and 60s, Whiskies that were made by my grandfather, who’s been dead for almost 15 years now. These Whiskies were made under his tenure and we’re still able to enjoy them today.

It was my forefathers that made Glenfarclas happen. My grandfather experimented, by filling half a dozen Sherry casks and then deciding that Oloroso Sherry was the best and where we want to be.

You’ve mentioned on several occasions that you don’t approve of adding caramel colouring to Whisky, nor do you approve of finishing Whisky in wine casks. Can you explain to our readers how your position on this came about?
We started off very small, but we’ve always been able to tell our customers about each bottle. Every bottle of our Whisky is a different colour; we’re very proud of that fact and like to explain to people why it’s a different colour. At the end of the day, you’re making a natural product. 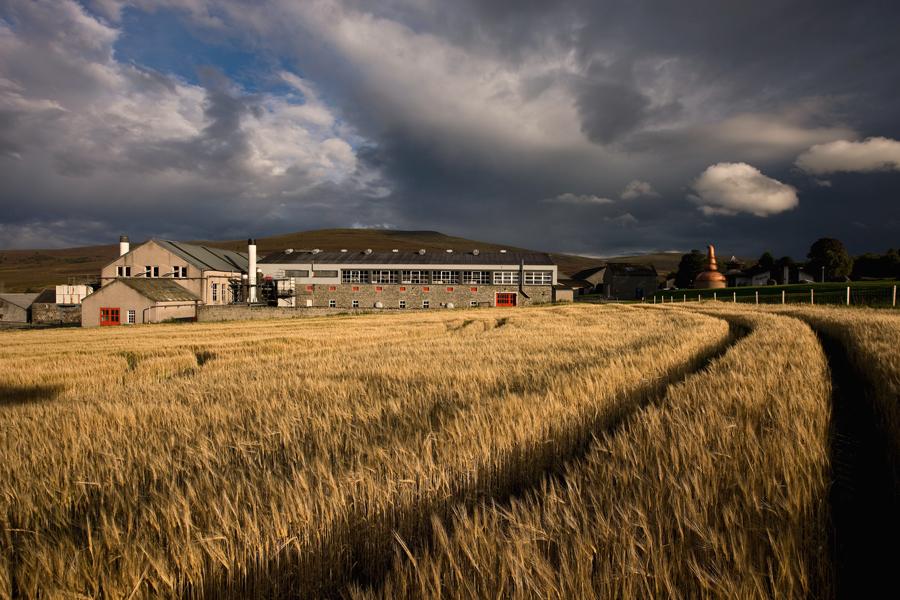 A lot of people just presume that Whisky is natural; they don’t know that it has added colouring or caramel in it. But we are using very good sherry casks and that’s where the colours come from.

Every bottle of our Whisky is a different colour. At the end of the day, you’re making a natural product.

With finishing, it first happened over 20 years ago and it was a fad. Initially Glenmorangie did it and it was good, it brought a whole new generation of people into drinking Whisky.

But the whole finishing thing just got way out of hand. You’re maturing it in a Bourbon cask for many years, than putting it into Barolo or another similar cask for the last six months or a year, why do you have to do that? We firmly believe that we’re making a good quality product from day one, and that we don’t need to make it any better.

I noticed that Glenfarclas has a very passionate and dedicated following. And also your distillery tours keep getting feedback as one of the best. What is it about Glenfarclas that turns Whisky drinkers into such dedicated fans?
I think it’s just that we’re all so passionate about what we do. Yes, we are a family owned and family managed company, but there are also a lot of other families heavily instilled in the history of Glenfarclas. 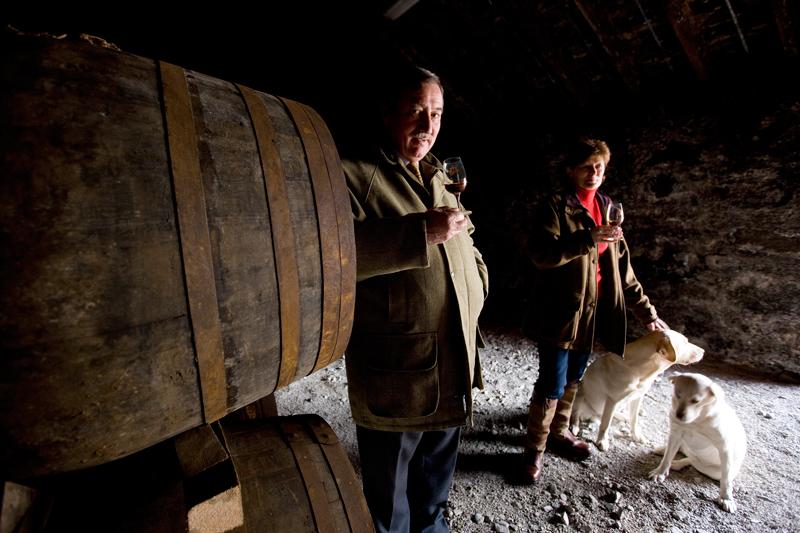 Lady Annette Tweedie when she retired, four or five years ago, it was the end of 120 years of her family working here. We currently have 5 members of the Murphy family that work here. We have members of staff whose fathers had worked here before, and they got their fathers’ jobs when they retired.

We have members of staff whose fathers had worked here before, and they got their fathers’ jobs when they retired.

It’s a very family oriented business, but it’s not just our family. It’s a very close-knit community and we are all very proud of what we see Glenfarclas doing. It does start with a smile and a greeting when people walk through the door to be greeted by the visitor centre staff, or when they meet a master or a still man during the tour. The same pride has always been there with our production staff and in what they’re making.

What’s your favourite part of the Whisky business?
I do still enjoy speaking to people, getting them excited about Whisky. Sometimes you forget where your roots are, so it’s good to go out there to Whisky events, to be able to speak to newbies, people who have never tasted Whisky before, and learn about their experiences and how they got into it.

But then I also really enjoy talking about my forefathers and the struggles and the things that they had to go through to ensure that we are where we are today.

Do you feel they had a harder time than you do today? What were some of the biggest challenges your family faced?
There have been lots of tragedies and things happening within the family and also within the Whisky industry. We almost lost the distillery on a couple of occasions through a relationship we had with the Pattisons and the Pattison related crash in the early 1900s. But, we’ve also had members of our own family who have died very young, and we had a lot of death dues to pay.

In the last of 10 to 15 years, the Whisky industry has gone through a sort of massive boom time. So yes, we’ve been very fortunate to be riding that wave, that hasn’t always been there. 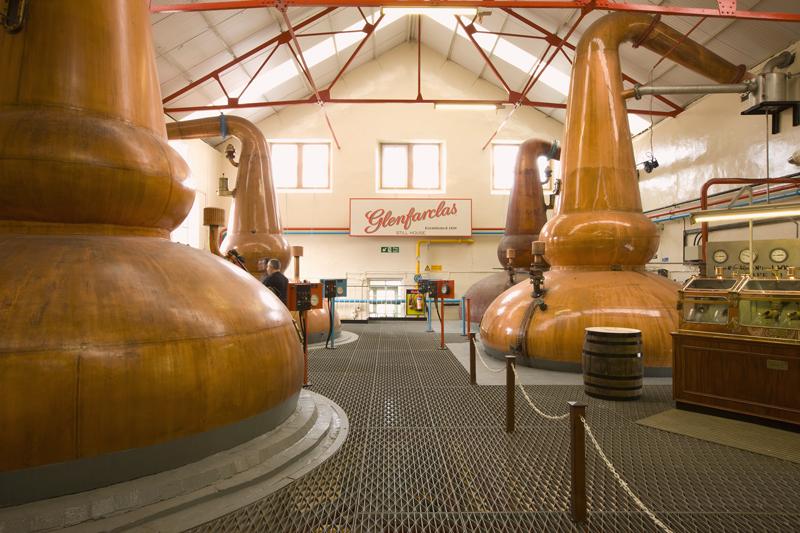 If you look back even 60 years ago, at 95% of the Whisky we were making, we were selling to blenders. We realized back in the early 50s, that we had to change that, so we started laying down more Whisky for ourselves. If we want to survive, we need to sell bottles, not bulk.

Are there any exciting projects you’re currently working on that you would be able to share some details about?
Sure. First it’s something that we continue to do; we continue to do the range of Whisky called the Family Casks, which when we originally started it, was every year from 1952 until 1994. We’re now about to run out of some of the years, we now go from 1954, all the way up until the year 2000. That’s been going for almost ten years. 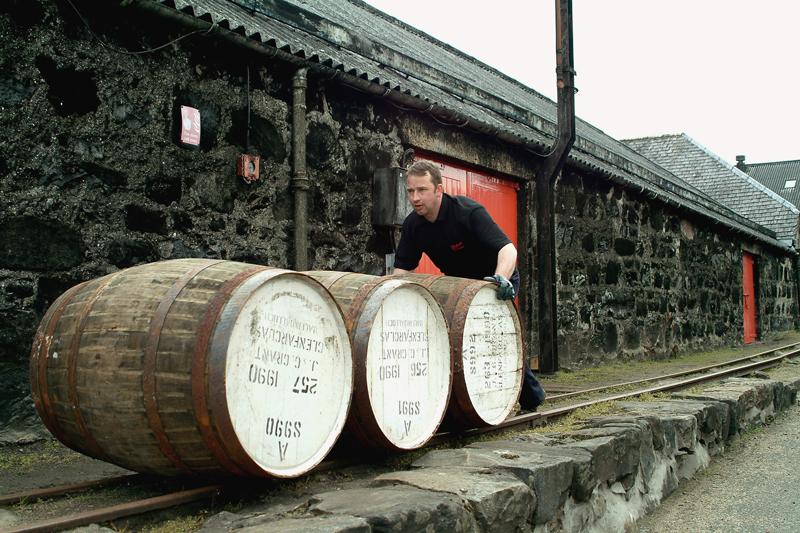 We’re currently doing another family project as well. I’m the 6th generation of my family, so there are 5 different releases; mine is going to be the 6th. Each box goes out with an embossed coin on it and a plaque with a picture of my forefathers on it.

We’re currently doing another family project as well. I’m the 6th generation of my family, so there are 5 different releases; mine is going to be the 6th. 40 years old, because I turn 40 later on this year.

You family has been in the Whisky business for generations, so I imagine you must have built up quite a home bar through all those years. Did you?
No. We don’t really keep old Whisky, to be honest. We have 30 warehouses full of the stuff, so when we look at a bottle of Whisky, we don’t really think of saving it; we just open it and drink it.

When we look at a bottle of Whisky, we don’t really think of saving it; we just open it.

I do collect other Whisky, though. I collect Whisky from my year of birth, 1976. I have a couple of hundred of them and only three or four of them are Glenfarclas.

Throughout the history of your family running the distillery, has it always been men running it? Would you say that there is a difference to how men and women approach business or Whisky in general?
Before my grandfather took over, it was his mother that worked in the company, because there were two brothers that had to go to war. Of course there are always going to be differences, but they don’t really matter and women can be as strong as men. But women have a far better palate, a far better nose than any man. 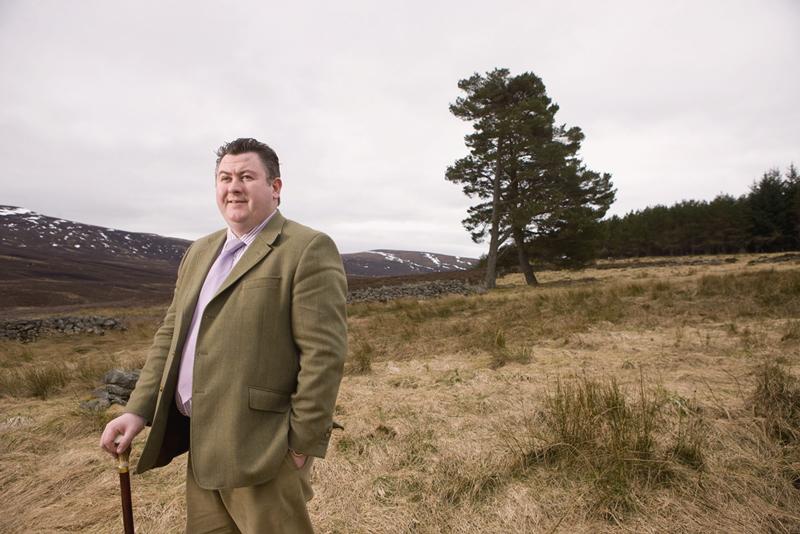 And things are going to change again, I have two daughters, so the next generation will be women again. The older one’s been here a few times, the younger one not yet. They do know what daddy does, and they know that whenever it’s raining or snowing, that it’s going to make for good Whisky.

And we’re very much looking forward to the Glenfarclas Whisky to come from future generations. Slàinte!