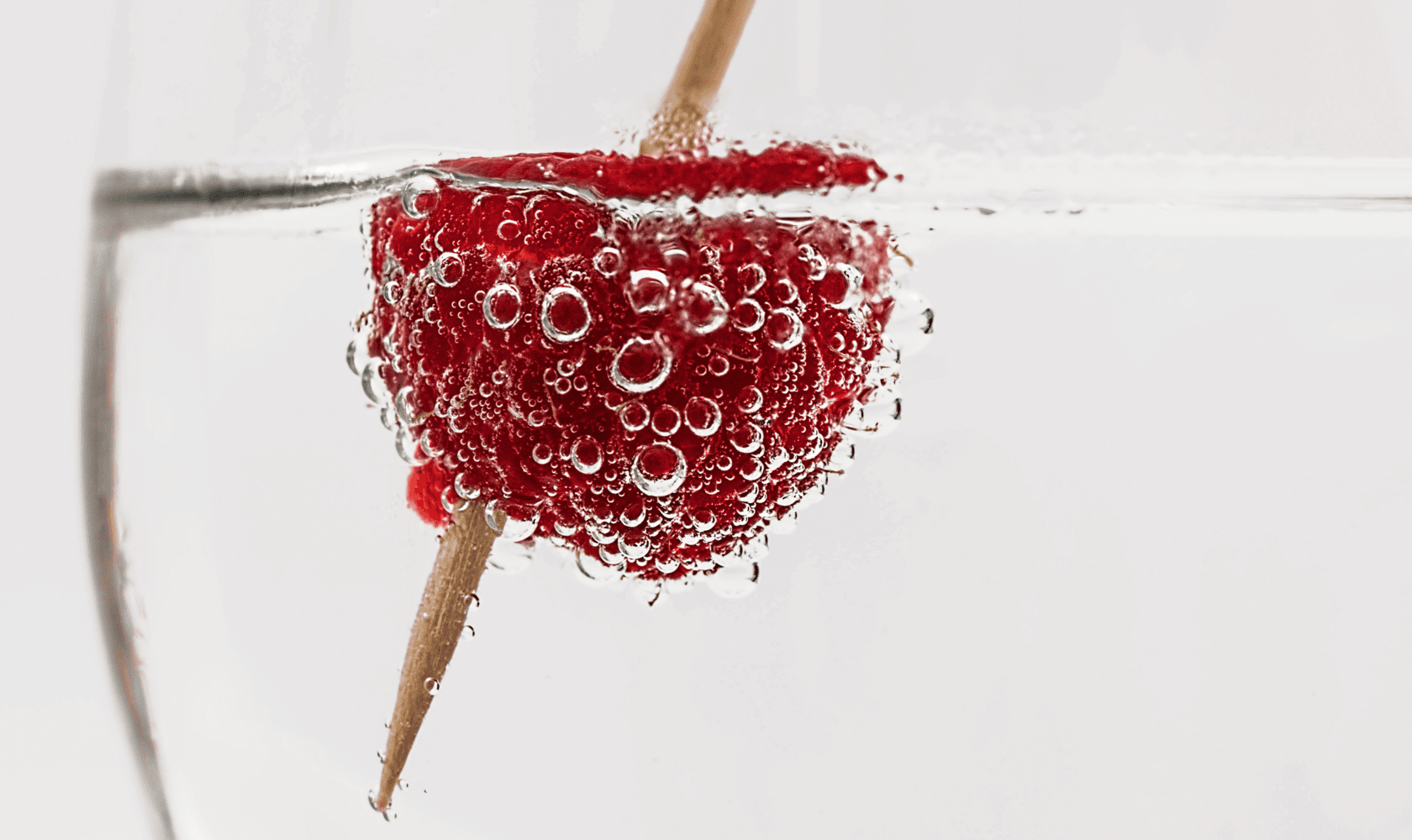 While you could argue that all Gins are flavoured (or, to take a further, perhaps more cynical view, that all Gins are simply flavoured Vodkas), what I’m referring to here is a style of Gin which is cropping up more and more in bars and on shelves.
Gin which has a single, predominant flavour which, like any other style of London Dry Gin, is most often served with tonic or in a cocktail.

What is flavoured Gin?

These new styles of Gin are often flavoured with berries or other fruit, which you might expect to find as a liqueur, but they don’t have the same sugar content. By definition, a liqueur is a ‘base spirit’ (often neutral in flavour, like Vodka), with flavourings and sugar steeped in it for a period of time. There’s no specific requirement for the amount of sugar or flavouring or strength, but most are around 30% ABV. 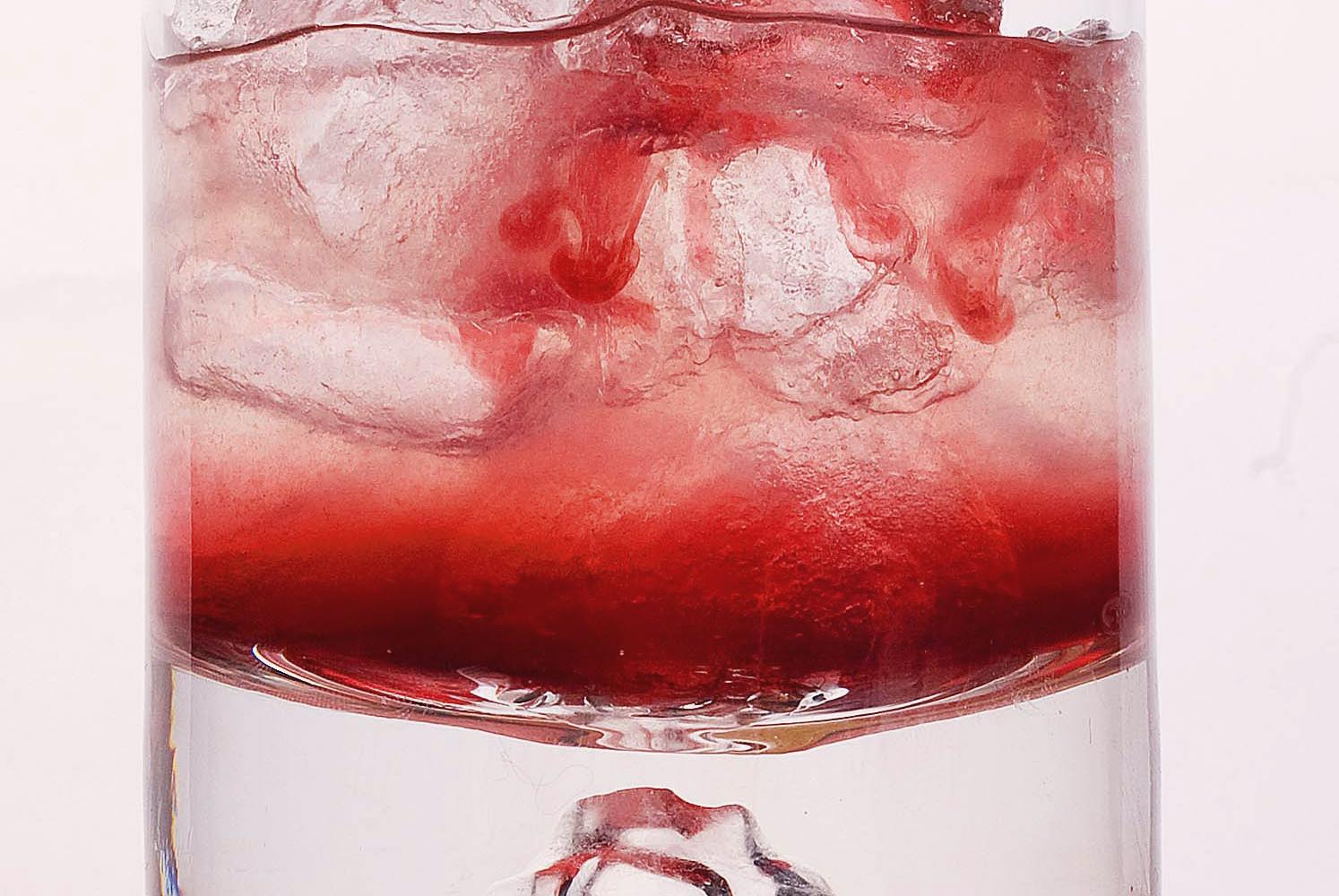 Gin, while also made with a neutral base spirit, must have a predominant flavour of Juniper in order to be named as such, and has a higher alcohol content than a liqueur, ranging from the more common 37.5% ABV to some very strong styles at 50 or 55% ABV.

Sloe Gin - so often made by your granny and so popular at Christmas time - is an example of one of the more popular Gin-based liqueurs. It’s usually served neat, to be sipped at room temperature and is sweet and warming and delicious.

By contrast, these new styles of Gin aren’t as sugary. Flavours range from Grapefruit to Raspberry to Rhubarb. Like any other range of Gins, there’s variety between them; some are complex, with multiple botanicals but an overriding flavour, while others are simple and bold. 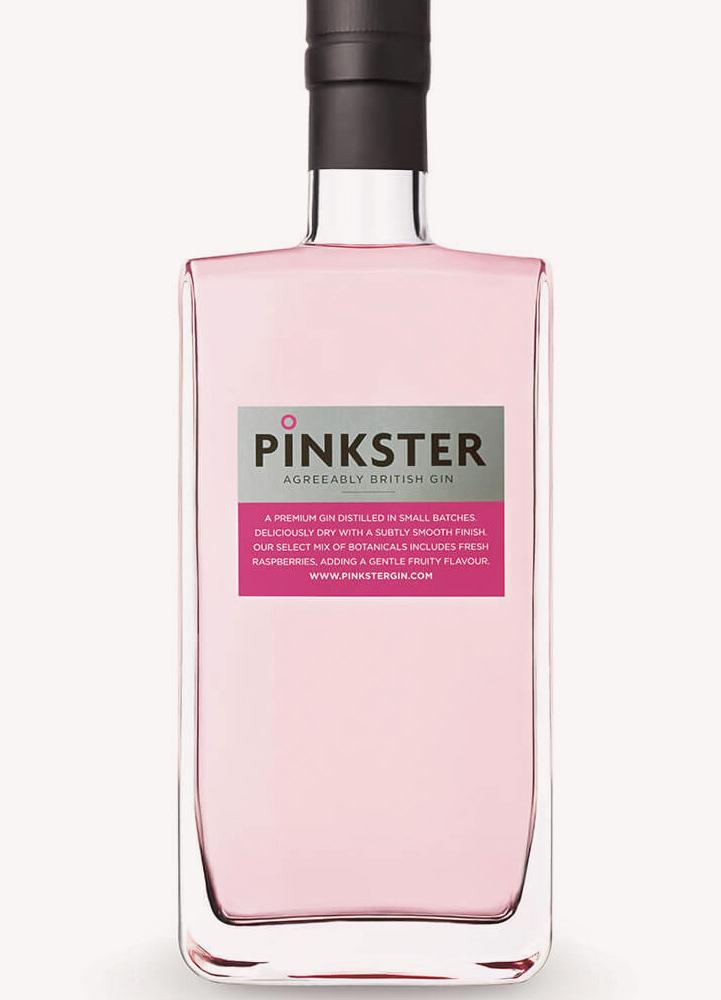 At the Taste of London Food and Drink Festival this year alone, I spotted four producers of ‘traditional’ styles of Gin, each with a number of these new flavoured Gins. But what makes them so popular?

According to Will Holt, Director of Cambridgeshire-based Pinkster Gin, the rise is partly fuelled by the current ‘ginaissance’ — as global demand for Gin continues to rise, people are looking for new drinking experiences and producers are quick to innovate and offer something that stands out from the pack.

Pinkster Gin
Pinkster Gin was launched in 2013, on the cusp of the UK’s Gin ‘boom’. Made with raspberries grown locally to the company’s Cambridgeshire base, and a base spirit made by one of the world’s oldest distilleries G&J Distillers, the end product has a pink tinge and works beautifully with Fever Tree’s Elderflower Tonic Water.
Someone who echoes Holt’s sentiments is Tom Warner, Founder of Warner Edwards Distillery, which makes, amongst other things, Rhubarb Gin. He states that craft Gin category is a hot-bed of flavour experimentation that is really only just starting to scratch the surface of what is possible. There is a relentless march of new distilleries opening in the UK, with each having its own take on Gin. This gives consumers an almost limitless selection of Gin to experiment with. 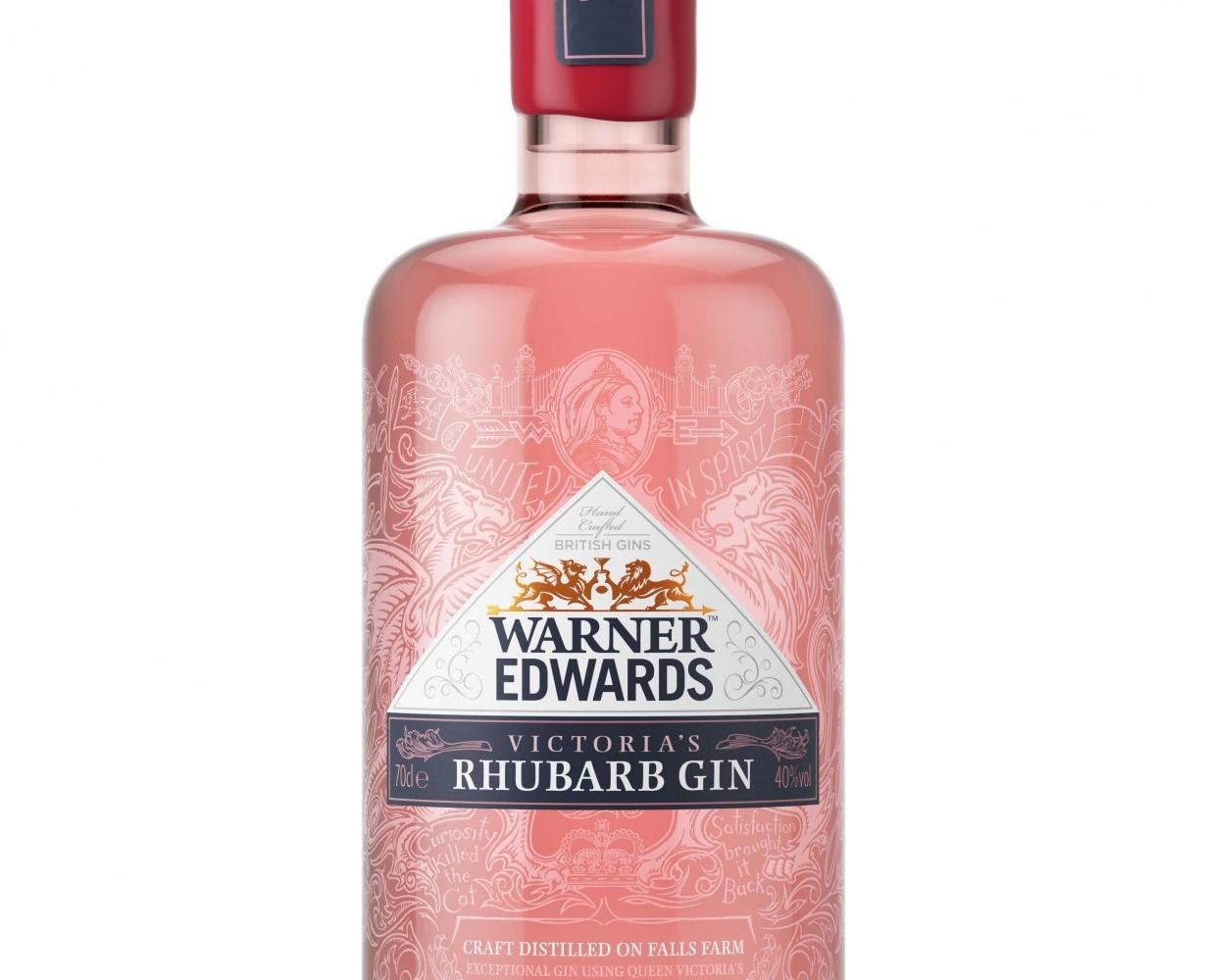 So what’s Warner Edwards’ take on Gin? Well, according to Warner, they want to excite people through “genuine differentiation and flavour authenticity”. Rhubarb is certainly that, as well as being an inherently British product. The distinctive tart bittersweet flavour of rhubarb lends itself to Warner Edwards’ smooth Gin, resulting in a perfect balance of sweet and sour.

Fun Fact: Warner Edwards’ Rhubarb Gin is made using a crop of rhubarb originally grown in the kitchen garden of Buckingham Palace during the reign of Queen Victoria.

Another man who puts a great focus on innovation is James Chase, Marketing Director at Chase Distillery, whose Pink Grapefruit Gin was the best-selling Gin at Selfridge’s over the summer. He says “there’s an absolute thirst for people wanting something new all the time. Gin is on trend, which means producers need to be constantly innovating and finding a niche”.

The Chase Distillery
The Chase Distillery has done just that - creating a Seville Orange Gin and a Pink Grapefruit Gin simply by playing around with flavours. Their setup is different from most Gin distilleries, in that they grow the ingredients to make their base spirit on the same land as it's distilled - from farm to field.
James tells me that they were left over with “literally a tonne” of Seville oranges after producing their Orange Vodka, and decided to experiment with Gin. It makes an excellent Negroni (one part Chase Seville Orange Gin, one part Campari, one part red Vermouth. Garnish with orange peel).

How did ‘flavoured Gin’ come about?

Hendrick’s have arguably one of the most famous ‘perfect serves’ with a cucumber garnish, and could arguably be named as one of the original flavoured Gins - made by adding cucumber and rose at the end of the distillation process. 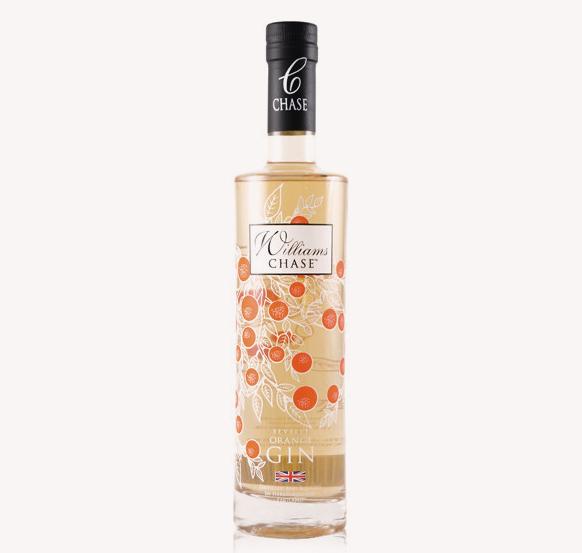 Chase says there are a lot of Gins which will struggle to find a place in the market, but if it’s a quality product with a good fanbase – they’ll stay. But whether they reach the heights of Hendricks is another matter.

The Chase philosophy is to never have too many products. Their dual-named Juniper Flavoured Vodka / Single Botanical Gin is a clever example of poking fun at the flavour debate. Chase is well-aware that with so many producers, competition is high; “it’s almost like who can make the wackiest thing?”

Hearsay or here to stay?

All the producers I speak to are clear that their flavoured Gins are quality products, and not gimmicks.

While there will no doubt be products in this category on the market which don’t quite hit the standard, Holt believes the rise in the number of producers making them is a good thing: “It's excellent news all round, the increase in flavoured Gins will only help raise awareness of the spirit and convert traditional non-Gin drinkers.”

Warner agrees: “We feel that the market is big enough for both the Gin ‘purists’ and those wanting to experiment with flavours – and we have Gins to suit both so we’re not worried about excluding anyone.”

Chase is still a firm believer in quality, whether experimenting with flavour or for more traditional products: “You’d never dream of buying a bottle of wine without learning where they come from – it should be the same with Gin. The number of brands that have hit the market is fantastic for diversity but can also cause confusion for the consumer. We all claim to be the best, nearly everyone has achieved a gold medal in some sort of competition and we all claim our process and botanicals are the best. Time will tell whether we can all stay in the market.”