Published in:
By Team Flaviar
Normandy is undoubtedly famous for a few things. There are the gruesome battle scenes, stinky cheese - that's delicious AF - and, of course, the nicest French people EVER. But for those who appreciate a fine Spirit, the lush green hills of Normandy are synonymous with its production of the ever-so-lovable Calvados.

Calvados is a type of Brandy named after its home region in Normandy. Literally speaking, it's apple cider distilled into Brandy, but, in reality, it's much more than that.

For starters, it's not made from just one kind of apple; hundreds of different apple varieties are permitted in its production. And not only does the Spirit differ by area in which the apples are grown, the production and aging methods also vary. In a similar fashion as their spirited neighbors, Calvados' styles can be as binary as Cognac versus Armagnac. Plus, occasionally, Calvados can even be made from pear cider or perry. The History Of Calvados

The Spirit's got some history, but let's keep it short. While there are different theories behind the origins of the name - the most popular one involves an armada and the shipwrecks that followed.

Official records of the distillate date back to 1553 thanks to Gilles Picot, the Lord de Gouberville (yes, pronounced just like that), who was a Norman squire and a diligent diarist. Fifty years later, a guild for this distillation was born, but it wasn't until the 19th century when phylloxera devastated vineyards in Europe and decimated France's Cognac supply, that Calvados became popular.

Although both are Brandies, they couldn't be more different. Cognac is made from distilling white wine, while they make Calvados from apple cider. You might not be able to taste the grapes in a Cognac, but the apples in Calvados are hard to miss.

Cognac has to be made from 90% Ugni Blanc grapes to be officially considered Cognac. On the other hand, Calvados has more to play with, as there are around 300 varieties of apples one can use when making it. Oh, and there's some court intrigue behind this disparity. King Louis XIV passed a law in the 18th century that forbade Calvados makers to export their Spirit outside Normandy. Why? Because one of the king's ministers was from Cognac. We know, right?

Apples used for production are divided into four categories which are always blended when destined for Calvados. Bitter varieties contribute to flavor, tart varieties offer acidity, and sweet ones come packed with sugar to aid fermentation, while the rest are bittersweet. What is Calvados Made From?

There are three appellation designations within Normandy for Calvados production that each possesses its own set of rules.

Appellation d'Origine Contrôlée - or AOC - Calvados is the largest of the three spanning most of Normandy west of Rouen. These can be distilled by either pot or column still, but the majority undergo single distillation via the latter. After distillation, these are required to spend at least two years aging in oak casks before release.

Covering a much smaller area within the center of Normandy is the AOC Calvados Pays d'Auge. It is required that these are double distilled in a copper pot still and then spend a minimum of two years aging in oak casks. Calvados productions from this appellation are considered some of the finest in quality, offering both concentration and poise with an elegant flavor profile and long finish.

AOC Calvados Domfrontais is where you'll find some pears in the mix. Nestled along Normandy's western border, these must contain at least 30% Perry pears, and, unlike Pays d'Auge, they must be distilled in a continuous column still. Calvados from this appellation must be aged for at least three years in oak casks which contributes to their smoother mouthfeel. How is Calvados aged?

But for Calvados, age can mean any of three categories. When a specific age (in years) is indicated, the number reflects the youngest portion, meaning the blend will also include Spirit that's far older than what's printed on the label. On the other hand, a vintage statement means that Spirit has come from a single year rather than several different ones. Additionally, Calvados can be bottled by age category. Between different producers, apple variety blends, and age categories, the spectrum is broad. Production can even vary in how the apples are picked.

While some producers rely on Newtonesque scenes of apples falling from their branches, others will make haste by harvesting with special machinery that will shake 'em off. Nevertheless, it's never just a game of comparing apples to apples when it comes to Calvados. 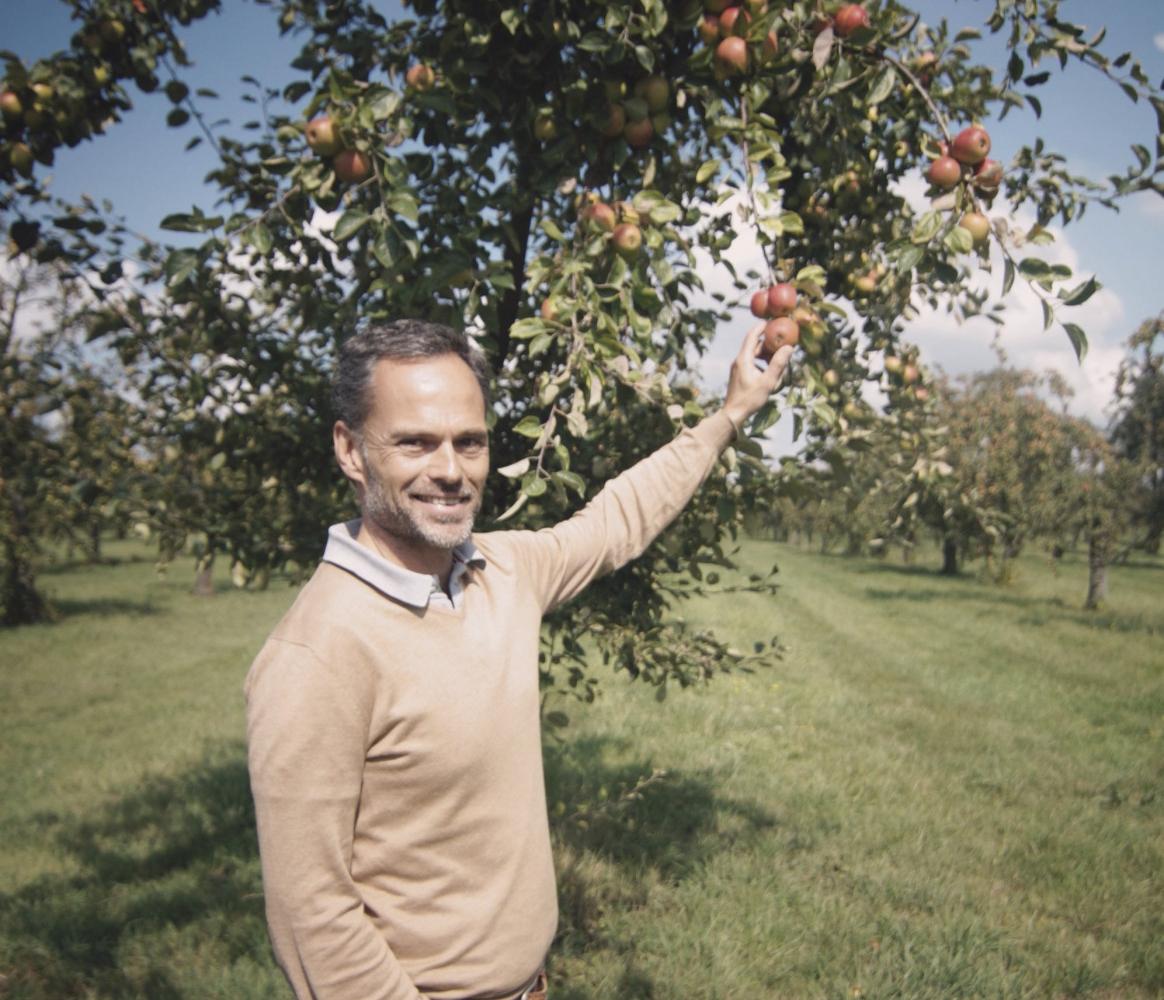 One of the most revered producers from AOC Calvados, Michel Huard's grandson Jean-Francois Guillouet, carries on the family legacy with roughly 30 different varieties of primarily sweet and bittersweet apples. Distilled in a traveling column still before being aged in 400-liter barrels that are so far seasoned they're nearly black, the result is a mastery of complexity and structure that'll live on for ages.

Northeast from there, in the Pays d'Auge, the iconic Calvados production of Famille Dupont comprises 13 apple varieties that grow smaller in size due to the poorer soils of chalky marl. Double distilled in a Charente style alembic, the range includes all of the main aging categories and offers some of the most distinguished Calvados bottlings in all the land.

How to serve Calvados?

Calvados works excellent as an apéritif or digéstif, so before a meal as an appetizer, or after as an aid to your digestion. Traditionally, however, it's a drink to wrap up your supper and enjoy it like you would a fine Whisky.

A tulip-shaped glass is the best vessel for Calvados as it captures the aromas, although a small wine glass should also do the trick. Pro tip: drink it neat sans ice for maximum flavor. If you're more of a cocktail enthusiast, we suggest Jack Rose, The Normandy Flower, or the Harvest Cocktail.

Pair it like a Norman. Then again, the locals also drink Calvados during a meal since it reportedly renews one's appetite. They call it "le Trou Normand," or the Norman hole that magically appears in your tummy after a few sips. The Spirit also enhances the flavors of many a dish.

Calvados' smooth and full-bodied character with oaky and caramel notes pairs perfectly with dark chocolate, fruit tarts, or tiramisu, and a quality cigar. You can also sip it with premium terroir coffee (Panama, Ethiopia, Honduras) or drop Calvados into your morning coffee and revive the fin de siecle tradition of Café Calva that gave energy and warmth to workers and farmers. If you're having smoked fish or caviar, try sipping on a Calvados VS served icy cold. A VSOP pairs perfectly with foie gras and Normandy cheeses. Mouthwatering fact: the creaminess of the cheese mellows the acidity of Calvados and reveals its fruitiness.

So, there you have it; a distant orchard cousin of Cognac with exciting background and fantastic taste. Let us know which Calvados makes you happy, and expand your horizons with Flaviar's Brandy-themed Tasting Boxes.

By the way, for the true lovers of the Spirit, Flaviar offers Brandy-themed subscription boxes with hard-to-find brands.