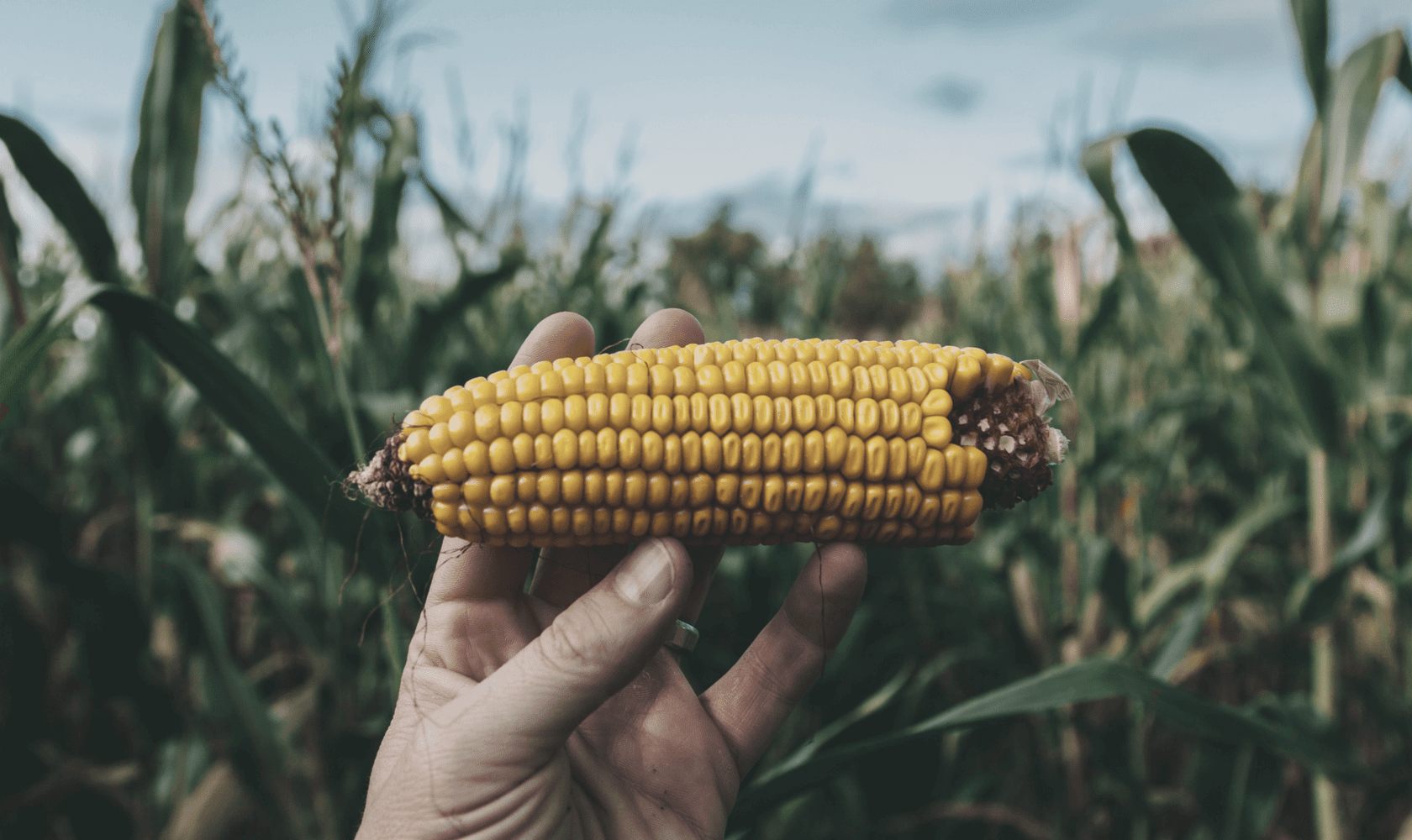 In Kentucky in a week’s time I can eat or drink a dozen different items made from corn and not even realize it. Corn was, after all, one of the staple crops of the New World. Recently as I was enjoying polenta I began to wonder: what is the difference between corn you eat and corn you use to make Whiskey?

“The difference between the corn you eat on the cob and corn that's distilled is maturation,” says Jeptha Creed owner and distiller Joyce Nethery.

Nethery and her family came into the distilling industry the way folks on the frontier did - from farming. In fact, much of the corn they use in their Bourbon and other spirits at Jeptha Creed Distillery is grown on their family farm nearby. But they have taken a somewhat different approach than the larger distilleries, opting to use an heirloom variety of corn called Bloody Butcher for their Bloody Butcher Bourbon.

A post shared by Louisville Business First (@bflouisville) on

But why are so many distilleries using the same Yellow Dent corn when heirloom varietals can yield varying flavor profiles? Aside from consistency and cost, it all boils down to the course of American agriculture through history.

Historical Shifts In Agriculture Have Changed Our Whiskey

“Modern dent corn started as a hybrid between open pollinated Gourdseed corn and Eastern Flint corn in the 1830-50s. By the late 1920s hybrid vigor was understood as greatly increasing yields from 60-70 bushels per acre to 100 plus. Unfortunately taste was not taken into account.”
Bishop continues, “Sweet corn or table corn is a mutation of field corn which causes sugar to be poorly converted to starch during maturation, although truly good Whiskey corns are those equally adept at making grits, polenta, or cornbread, be they dent, flint, or flour. The amino acids that create color each have their own flavor.”

That’s not to say that the Whiskey being made from Yellow Dent Number Two corn is bad. We can see from the various flavor profiles available in traditional Kentucky Bourbons that there are other factors at work, such as yeast and maturation. But if you want to make something truly unique, heirloom corn is one way to achieve that.

Heirloom Corn Can Also Be The Spice Rack

At Ironroot Republic Distillery in Dennison, Texas they are doing just that.

“At Ironroot Republic we use a variety of heirloom corns. Purple corn, Bloody Butcher, and Floriani Flint are staple flavoring grains in some of our Bourbon and Corn Whiskey mashbills; however, we are also experimenting with Magic Manna, Oaxacan Green, Black Aztec, and Amanda Palmer corn - a gift from Alan Bishop."

"I refer to them as flavoring grains because as Rye and Wheat are generally used in smaller percentages in traditional Bourbon mashbills, we use the heirloom varietals in a similar manner,” says owner and Head Distiller Jonathan Likarish. 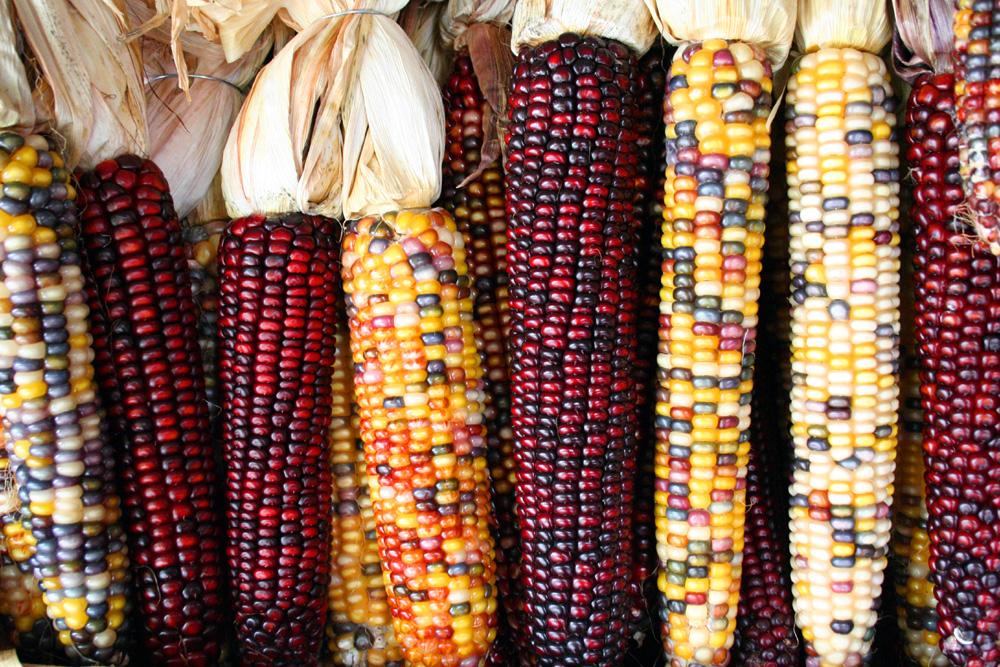 For the longest time Bourbon has only been made in Kentucky, and even Corn Whiskey has strong ties to Kentucky and Tennessee. If you are going to enter an already strong American Whiskey market, you have to set yourself apart somehow, and already Ironroot Harbinger Bourbon and Ironroot Hubris Corn Whiskey have done just that.
Their decision to use small amounts of heirloom varietals for their Whiskeys instead of full heirloom mash bills is a multi-purpose one.

According to Likarish, “This is due to multiple reasons including the relatively high costs of heirloom corns, typically lower alcohol yields associated with heirloom corns, and a desire to showcase the flavor of locally grown grains in our spirits. Many of the heirloom corns are hard to source and when found, are costly comparative to regular yellow dent.

The increased cost is a result of not only rarity of seed, but also because of increased difficulty of cultivation and a lower yield in terms of bushels per acre. Many of the corns commonly used to eat have been either bred or modified to produce extremely high yields per acre, be disease and drought resistant, and most importantly, taste very sweet.”

A post shared by Ironroot Republic Distillery (@ironrootwhiskey) on

That sweetness in modern corn production has a purpose, which is apparent in most modern-day Whiskey production, says Likarish: “In general, by increasing sweetness the carbohydrate content of the corn is increased and in turn the protein content is reduced. For most heirloom varietals, the opposite is true. They usually have a higher protein content by comparison."

From a distilling perspective, the decreased carbohydrate content and increased protein content usually results in lower alcohol yields with increased complexity of flavors. By blending our heirloom corns with our locally grown non-genetically modified yellow dent corn, we are able to achieve both the alcohol yields we need along with the complexity of flavors we desire.”
It’s important to note, however, that there is no wrong way to do this. As long as there is 51% corn in the mash bill it can legally be called Bourbon, regardless of the varietal. Many of the new craft distillers feel that heirloom grains are a way to differentiate their products from traditional Bourbons and Corn Whiskeys. 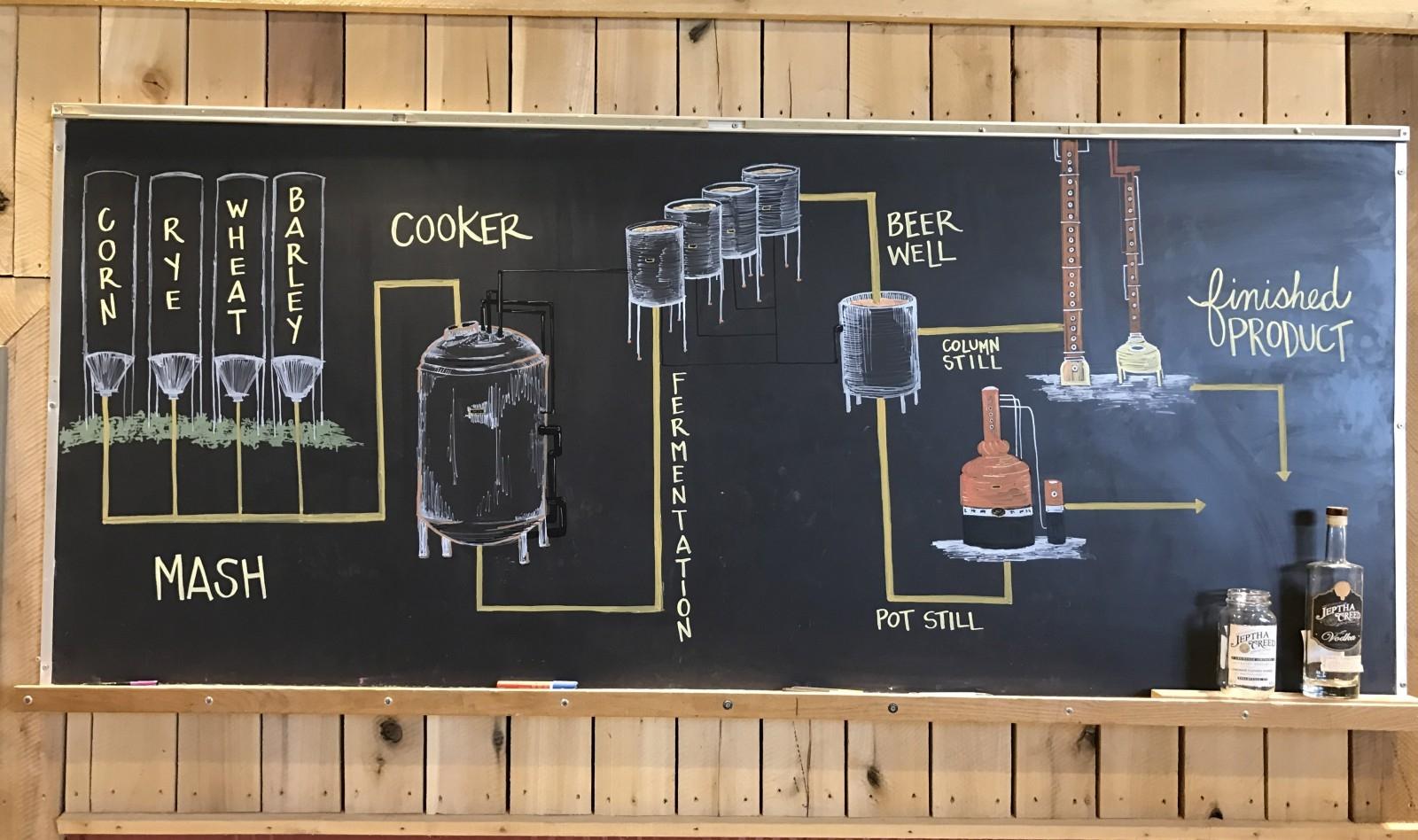 Remember all those different amino acids from the different colors of corn Bishop was talking about?

They make some very different flavors in the end product, according to Likerish: “Through distillation we not only concentrate alcohol, we also concentrate flavors. In the case of Bloody Butcher corn we extract sweet dark berry flavors."

"For Purple corn we find an array of baking spices ranging from cinnamon to clove. Floriani is strange, with spice similar to cayenne but other flavors that fall more in an umami category and dark chocolate notes. Magic Manna smells and tastes like fresh baked sugar cookies and Oaxacan Green has Jalapeño spice and cocoa notes.”
As long as there is 51% corn in the mash bill it can legally be called Bourbon, regardless of the varietal.
Distilling Whiskey in Texas is going to be completely different than distilling Whiskey in Kentucky, so the folks at Ironroot Republic have devised this method of flavoring with heirloom corn to reflect the territory surrounding them.
“Much of our training not only comes from Whiskey distillers but also from Cognac distillers, who instilled upon us the importance of terrior, the flavor of the land. By predominantly using corn grown within 25 miles of the distillery we can give our consumers the essence of North Texas,” says Likarish.

While most of the non-GMO Yellow Dent corn they use is grown nearby, the heirloom varietals are harder to come by and often have to come from farther away by necessity. But this gives Ironroot Republic what Likarish calls a “spice rack” of flavors from which to choose.
"Our heirloom corns have not only helped define our house-style, they have also helped us to discover new flavor profiles and realize that the world of corn based Whiskeys may be much larger than previously thought,” says Likarish.
Corn is often taken for granted in modern American Whiskey production, but it can be just as much a source of flavor and variety as any other part of the Whiskey making process.