Published in:
By Toby Maloney 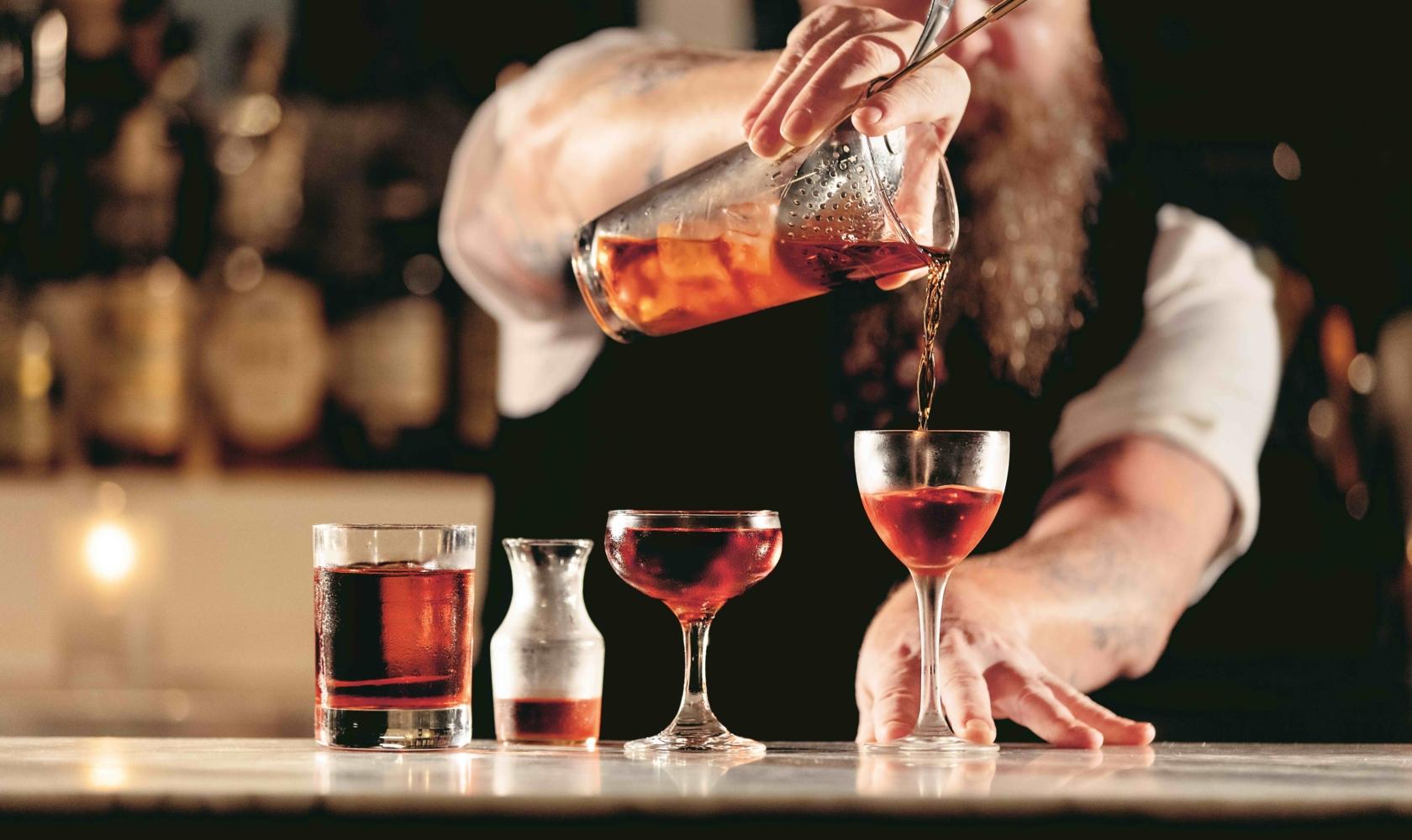 In this excerpt from Toby Maloney’s new book, The Bartender's Manifesto: How to Think, Drink, and Create Cocktails Like a Pro, he shares his approach to finding inspiration and coming up with new recipes.

Chicago has a million places where Al Capone supposedly used to swill illegal gin and nuzzle moles with killer getaway sticks. It’s kind of like the number of quaint bed-and-breakfasts in New Orleans’ French Quarter claiming to be the famous “House of the Rising Sun.” There are a fuckload.

One of the most famous is a jazz club called the Green Mill. A true Chicago institution, where greatness has seeped into its wall murals and red banquets since it opened as a roadhouse in 1907. Going there in the ’90s made me feel sophisticated and worldly. I used to go see Patricia Barber play stripped-down jazz on a baby grand situated behind the bar, and whenever she played “Summertime,” my heart would stop. She crawled into that song as if it was a tauntaun and made it her own. It wasn’t until years later that I understood that the saying “Good artists borrow, great artists steal,” meant that a great artist will take something and make it their own to the point that you can’t imagine that they’re not the originator. There are fun covers of songs, like a bluegrass band doing AC/DC, and then there are covers of songs that seem like they were always done that way (thank you, Cyndi Lauper, for doing “Girls Just Want to Have Fun”). I think this is what we tried to do at The Violet Hour with classic cocktails. Like how Patricia took Inspiration from Gershwin and made something new and beautiful all her own, we didn’t want to reproduce classic cocktails exactly like they were done pre-Prohibition; we wanted to take those originals and cover them in our style.

Without that specific Inspiration, our program would be, in the parlance of our industry, “a fucking shitshow.” A cocktail forged without Inspiration, a core idea or a backstory might as well just be three fingers of Whiskey in a glass. When a cocktail communicates a backstory, a journey, a soul, it becomes an experience that’s worth relishing in the moment and then revisiting.

That’s why every recipe has to have its roots hooked into something, and it’s great when that something is more than “fuck, this is delicious.” That is to say, the way we develop ideas and how we guide them from concept to fruition can make the difference between a decent cocktail and an insanely good one. That’s why we start with Inspiration. At the bar we rotate through new menus every three months to coincide with each season’s solstice or equinox. At the halfway mark between each launch, bartenders begin to workshop recipes for the upcoming list. In the early days, we didn’t set any parameters on invention, so everyone would come to the table with similar drinks and we’d be left with a dozen gaps in style, Spirit, and personality to fill. Now we write down a certain number of prompts on strips of paper and throw them into a hat to kick-start the process. Stemming from the original prompts, Inspiration can come in a bazillion forms: a memory, a favorite song, a season, a mood—everything is fair game.

Try it! Start with an idea. Any idea. The fucking weirder and more stargazing, the better. Write it down. Then push that inkling beyond the first easy option to find an Inspiration with more weight to it. This process doesn’t demand a full dissertation, but rather a quick flurry of brainstorming. For example, let’s say you want to make a cocktail Inspired by fall. That’s a large and abstract source, so drill it down to something more concrete. What fall moment is your absolute favorite? Let’s say it’s the first bite of a fresh cinnamon doughnut dipped into hot cider at your neighbor’s apple orchard—that dialed-in version of the bigger idea offers a direct path to combining ingredients in a way that’ll speak more clearly to the memory.

When a cocktail communicates a backstory, a journey, a soul, it becomes an experience that’s worth relishing in the moment and then revisiting.

Let’s do another round: If the broader idea is to make a cocktail that tastes like a walk in the woods, ask yourself a few questions to whittle that concept down to something more specific. Where in the world is this lovely wood? The flora and fauna of an alpine forest in Italy is going to look, smell, and taste very different from one in New England, so a cocktail inspired by the former might employ Grappa and Fernet, while the latter might include wild blueberries and Rye Whiskey. Take the original idea even further—maybe it’s a walk in the woods, but the woods are in the Pacific Northwest and the rain just snuffed out your campfire. What flavors speak to that, and how can you assemble them in a way that tells that story? Homing in on a single aspect of a broad original thought will set a more interesting foundation for flavors to develop.


*Reprinted with permission from The Bartender’s Manifesto by Toby Maloney with Emma Janzen, copyright © 2022. Photographs by Zachary James Johnston. Published by Clarkson Potter, a division of Penguin Random House, LLC.

Toby Maloney is a James Beard Award-winning bartender with more than 25 years of experience in the bar industry, from dive bars to Milk & Honey, Flatiron Lounge, and Pegu Club, as well as spots in Nashville, Minneapolis, and beyond.