If You can only Stand Gin in a G&T, You Simply Haven’t Tasted a Gin You Like 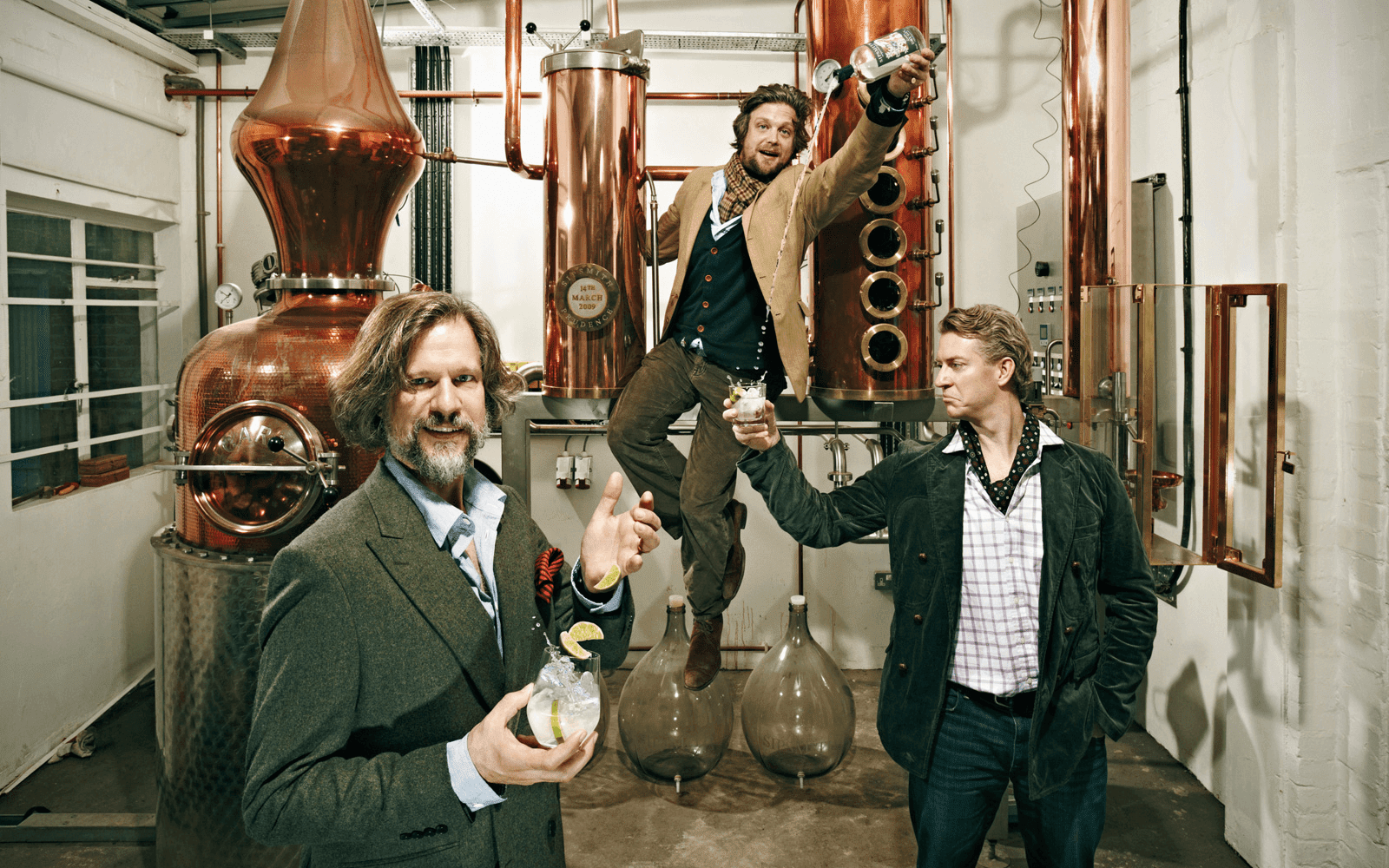 The Sipsmiths could easily be the name of a UK Indie band from once heavily Industrialised Birmingham. But truer to its name, Sipsmith represents a collective of purist craft distillers, whose take on classic London Dry Gin is one of the very best you can possibly get. Anywhere.
Sipsmith’s distillery is based in Hammersmith, London in the same building that was home to Michael Jackson (the one esteemed for his Whisky expertise, not moonwalking) and a microbrewery.

This historic site’s use has been resurrected by Sipsmiths Fairfax, Sam and Jared and blessed with a coppery soul, the beautiful Lady Prudence still.

Sipsmith’s arrival marks it as one of select few London-based craft distilleries that emphasises small batch sizes and handmade products. 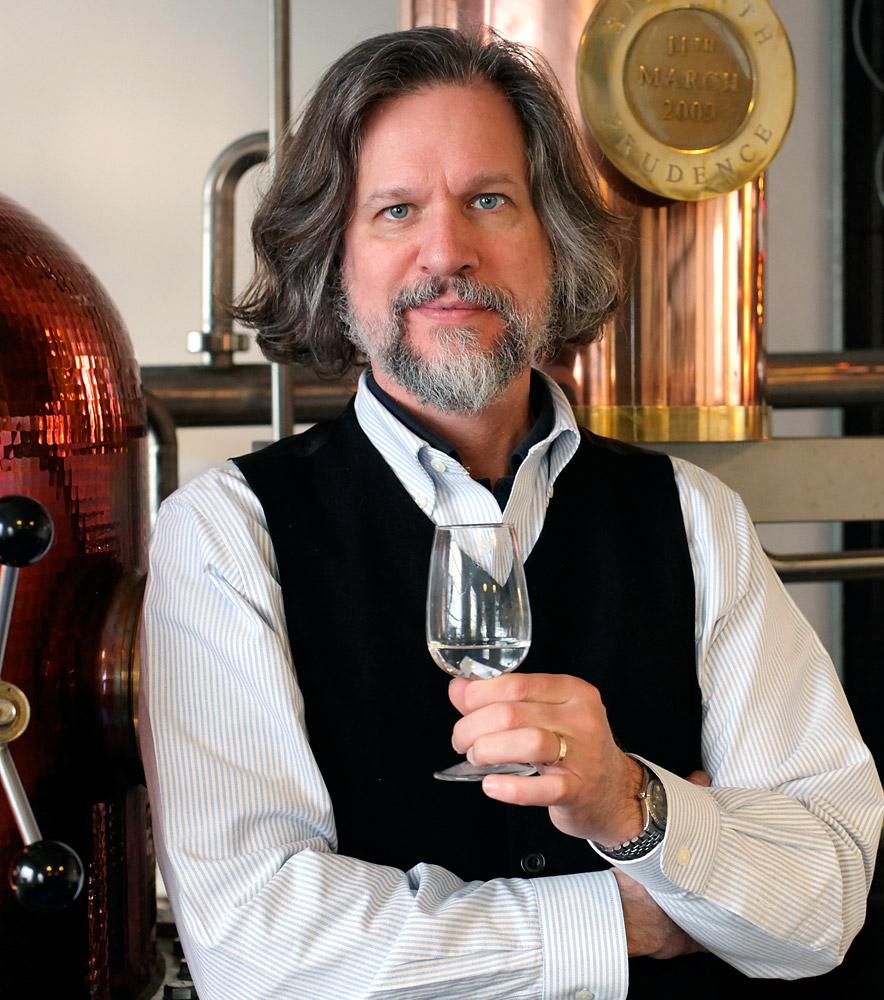 We first met Jared Brown, the Sipsmith Master Distiller, a couple of years ago at the Sipsmith distillery and got absolutely excited about our mutual passion for flavours and drinks – we could chat and sip away hours! It was just a matter of time before we sat him down for an interview to regale us with Gin tales and curious flavour combinations.

1. How would you describe Sipsmith gin to Dalai Lama?
We would end up talking about my watch again. It's a very old Rolex, and he loves vintage watches.

2. What is the second best Gin in your opinion?
I love the classics. In blind taste tests, I always give high marks to Beefeater, Plymouth, Tanqueray. I am impressed with the new Bombay Star of India. Hendricks also surprises me in blind tests. Martin Miller… It's very hard to choose among them. Essentially, I love gin.

3. As a Master Distiller, what superpower would you want to have?
Not hyperosmia again. I learned so much, but it was Hell. I'd love to be in a dozen places at once. That way I would grow all the botanicals, tend them and harvest them, while making the Gin, too.

I have worked the harvests, and I would love to get back every year. But I'd also like to be sat in a nice bar somewhere with a Gin and tonic and in another with a martini. At the end of the day, this is really why I make Gin — to enjoy at the end of the day.

4. What's your favourite music and what drink goes with it?
Mr Blue Sky is playing through my head right now. You just can't beat a bit of ELO.

5. What would you want to eat and drink for your last supper?
Can we make it a very, very long meal? There would have to be sashimi. Conger eel. Fried chicken. Ribs.

No, wait. Actually, for me the best meals are those of discovery.

I would happily turn this to Mark Hix or Peter Gordon or Emily Watkins or Angela Hartnett or Sat Bains or the Hairy Bikers and say: "You've got a month to surprise me."

Then, I'd want Jay Rayner to sit down and eat it all first. He may have the palate of a teenage girl when it comes to negronis, but the man knows his food.
There are many people who can only stand gin in a Gin & Tonic. When you come across such a person, how do you convince them they should change their mind (for they definitely should)?
This is easy. Anyone who can only stand gin in a G&T simply hasn't tasted a gin they like. Imagine going through life only tasting one or two different wines. If you don't like them, you're stuck. Same with Gin except there are exponentially more choices in wine. 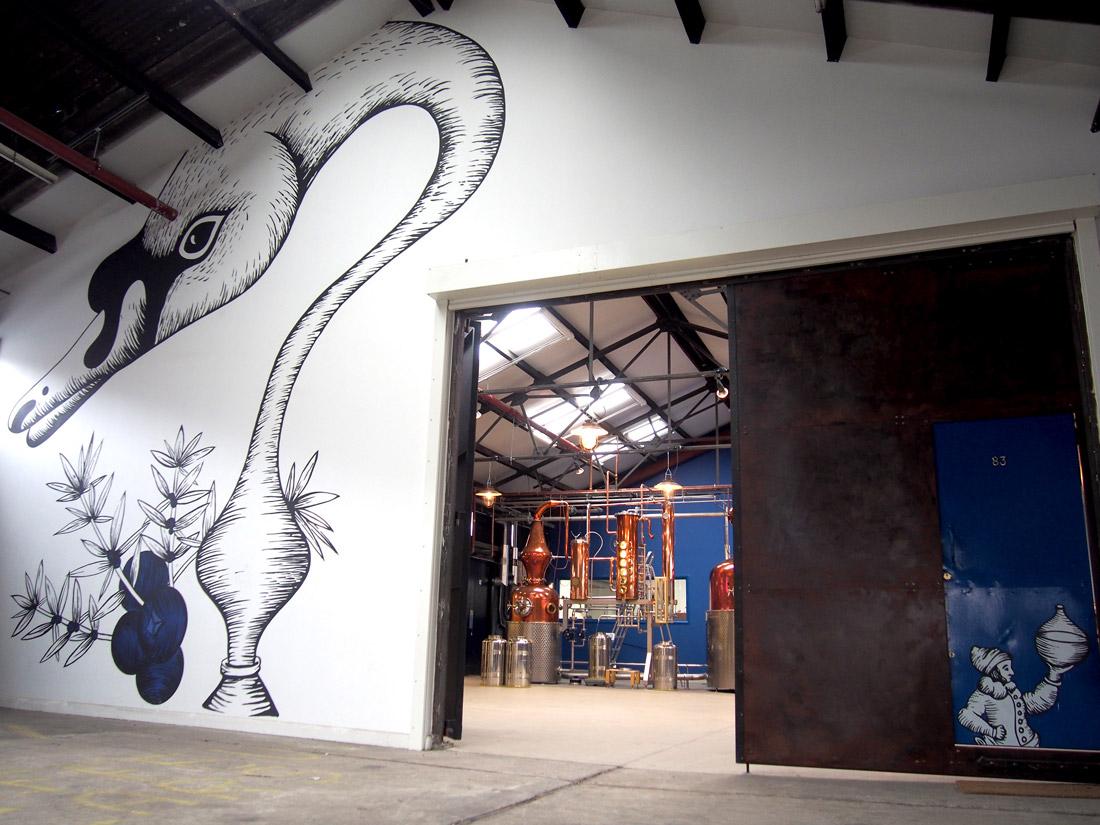 Happily, there are now more and more choices in Gin, too. I have converted more people than I can count, simply by showing people how to taste it.

Anyone who can only stand Gin in a G&T simply hasn't tasted a Gin they like. I have converted more people that I can count, simply by showing them how to taste.
The other reason people feel this way about Gin is because they tried a martini cocktail with old, rotten vermouth in it. Vermouth is a wine (anyone who's ever heard me speak is not rolling their eyes and saying, "Here he goes again.").

Once opened, vermouth breathes, rots and dies. Then it sits on the back bar or in the liquor cabinet for six more months. Then someone pours it into a mixing glass with perfectly good Gin, strains it into a cocktail glass and serves it. And the person drinking it quickly goes back to chardonnay (which would taste equally repugnant if it was left out for six months after being opened). 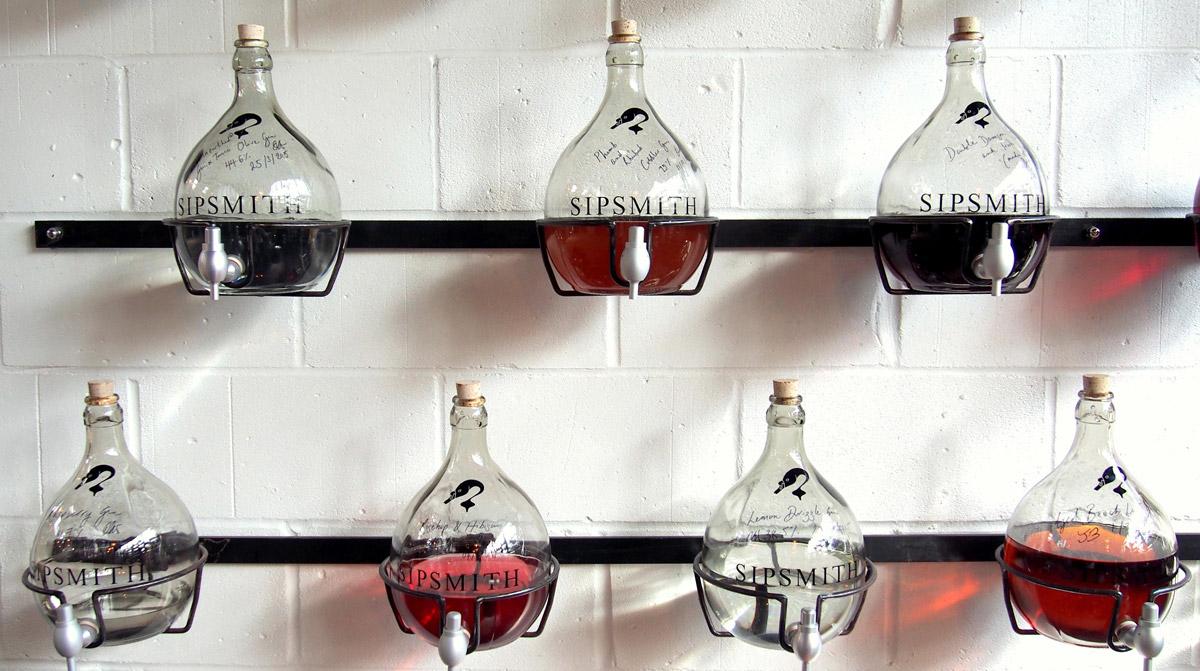 Who are the team that created Sipsmith?
Fairfax Hall and Sam Galsworthy are two childhood best friends who grew up together in Cornwall.

We met up at the Beefeater Negroni Bar where they were introduced to me as the guys who wanted to bring London Dry Gin – made the way it used to be and the way we believe it should be – back to the city where it earned its name (it was to ignite a Gin distilling renaissance in London which we hadn’t imagined at the time).

Getting to know them it became clear that they were serious about doing things properly, and I got on board from there.

We met up at the Beefeater Negroni Bar where they were introduced to me as the guys who wanted to bring London Dry Gin – made the way it used to be and the way we believe it should be – back to the city where it earned its name.
How is Prudence special and what is it like to work with her?
Made by the Christian Carl family in Germany she’s a rather special lady, the first of her kind to be set up in London for the best part of 200 years.

Prudence is a traditional copper pot still that can distill both Vodka and Gin. She is truly a thing of beauty; over the years I've really come to know her distinct personality and style. 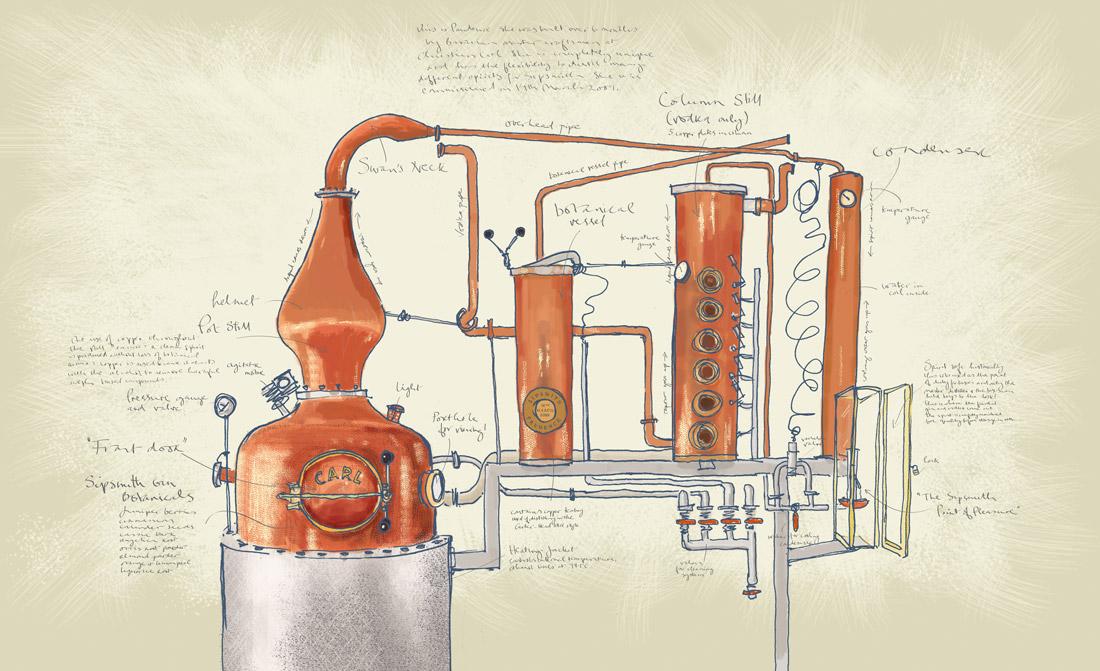 Where did you get inspiration to create the Sipsmith flavour profile?
I trawled the history books; from recipes from the 1600s that was simply a Juniper infused spirit, all the way to late Victorian London Dry recipes.

The aim was to create a quintessentially classic London Dry Gin that would stand the test of time.

The recipe uses 10 classic botanicals that wouldn’t be unfamiliar to a 19th Century Distiller if we went back in time – Macedonian Juniper Berries, Orange and Lemon peel from Seville – and only ever used the One Shot method which means all the flavour carries through perfectly as intended by the recipe.

The aim was to create a quintessentially classic London Dry Gin that would stand the test of time.
What's your favourite way to drink it?
What time is it? Before breakfast, I prefer a Ramos Gin Fizz. Invented in New Orleans, it’s still served as a pre-breakfast aperitif. 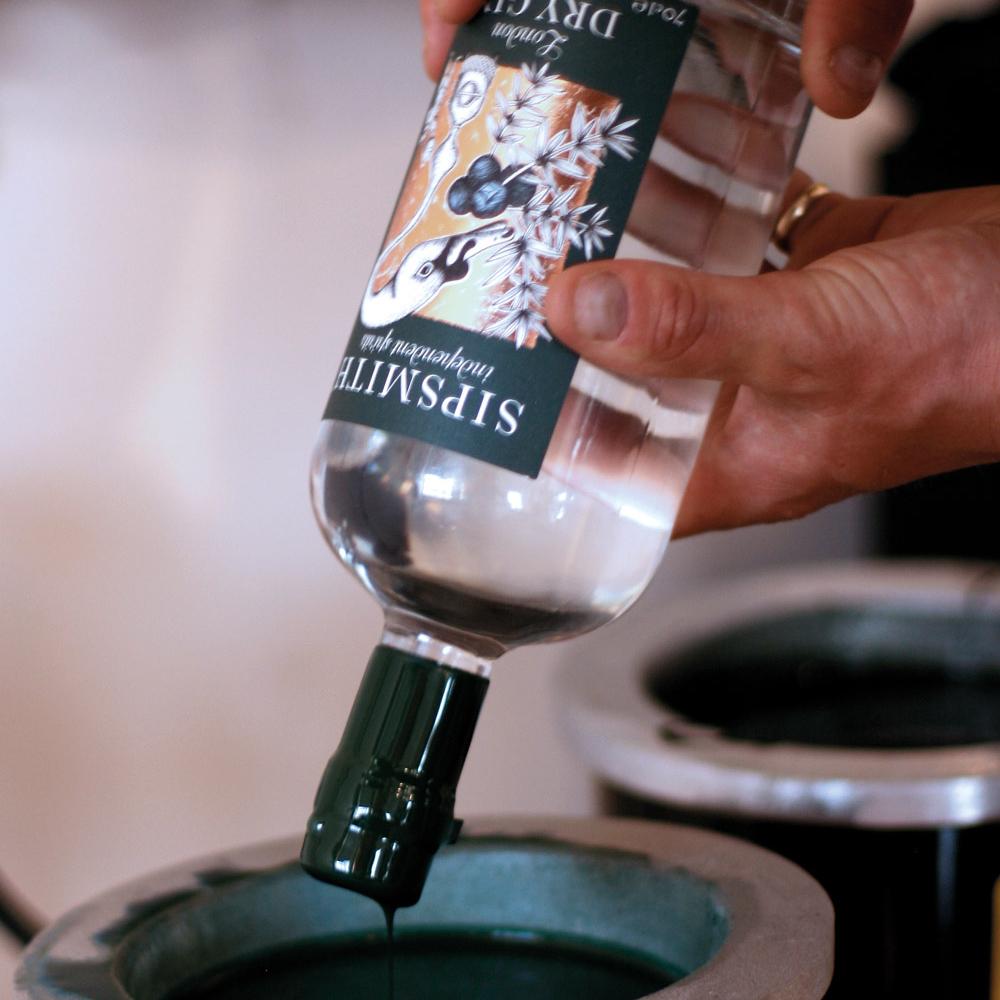 With brunch, a Red Snapper — a Gin-based Bloody Mary.

At the cocktail hour, I love a 50:50 when the vermouth is fresh. Negronis are delicious, too.

After dinner, the original martini is wonderful. Equal parts Gin and sweet vermouth, perhaps with one drop of Absinthe and a dash of orange bitters. It is easy to sip these all evening.

Can you recommend a good food pairing to go with different Sipsmith Gin expressions?
I could write a book.

I like the Vodka as a bloody mary granitée, served with oysters.

I love the Sipsmith London Dry Gin as a martini with lamb chops or venison medallions.

The Sipsmith VJOP in a reverse dry martini against most any fish. Julia Child taught me this drink and dared me to try to find a wine that pairs as well with fish. I have been trying for years now. She's absolutely right. 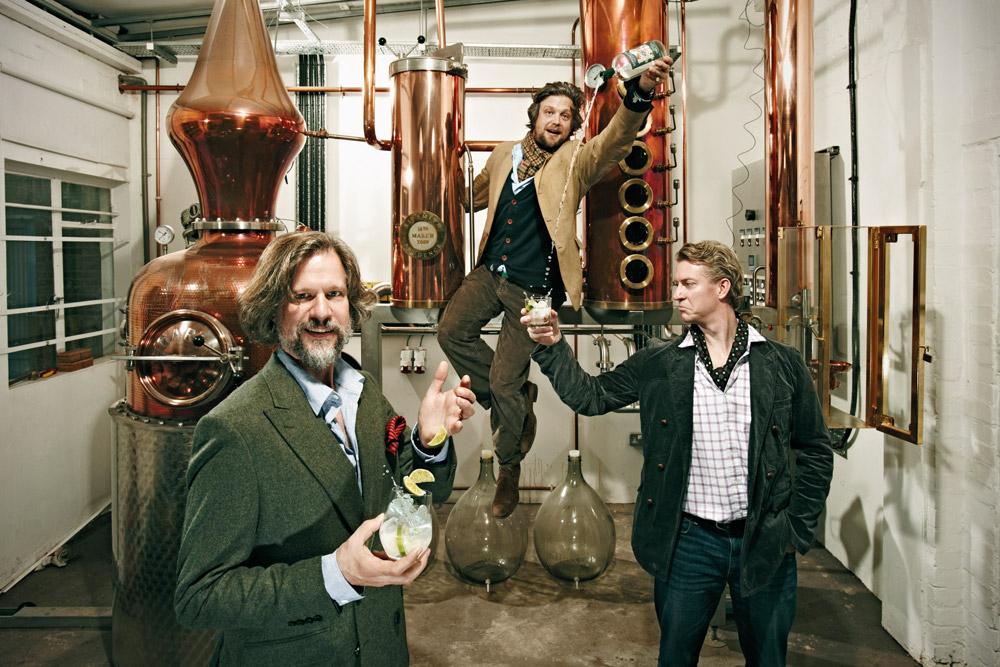 Sounds damned mouth-watering. With a flavour imagination like this, it's no wonder that Sipsmiths created a gin that's perfect for mixing and general playfulness - make sure you don't miss out on it!