Non-Alcoholic Spirits Are a Thing. Time to Get On Board.

Published in:
By Jackie Gutierrez-Jones
We’re going to call it right now. The hottest cocktail trend next year will be… Boozeless booze.

No, no. You read that right.
We’re talking about Spirits without spirit. Liquor-less liquor. ABV sans the “A.” And you probably have a few questions right about now, starting with “how” and most importantly… “why.”

Now’s about the right time to introduce you to Ben Branson, the founder and CEO of Seedlip. 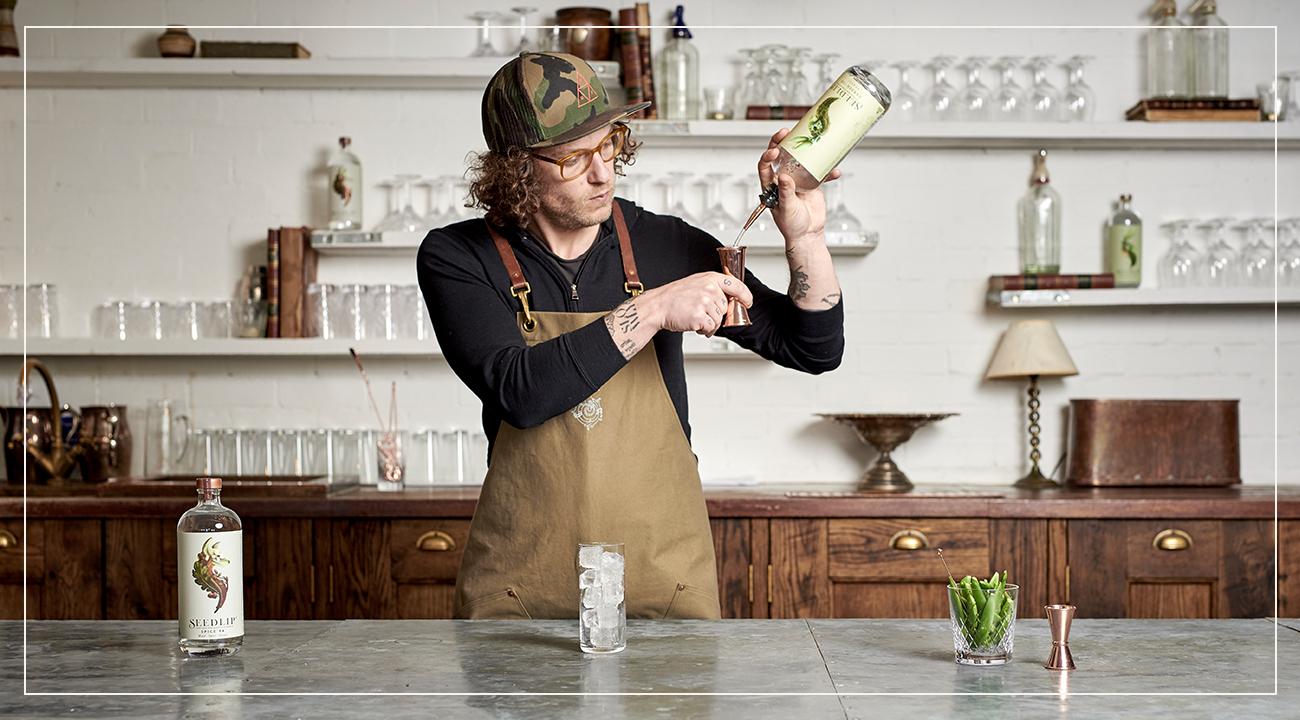 Story goes something like this: one fateful Monday night, Ben ordered a mocktail at a restaurant. The result was a sweet, syrupy mess fit for a five-year-old’s snow cone fantasy. Ben, who had been tinkering with recipes from John French’s 1651 book “The Art of Distillation,” resolved to do better. He combined his family’s farming heritage with his new copper pot still experimentation and began creating aromatic and herbal non-alcoholic elixirs that could stand up to any Spirit.

Some of the best bars around the world have taken notice… and so have their customers. So we sat down with Ben to pick his brain on the brave new world of non-alcoholic Spirits, how to drink them and why they just might offer something a bit more than your usual Gin and tonic.

Why do you think the world needs a product like Seedlip? A lot of people are loving it. Where did that conviction come from?

My family's been farming for over 320 years now. And so I love nature. And I love the outdoors and grew up farming and growing lots of interesting things at home. It started out of a real passion for growing and for ingredients. Then it morphed into, "What else can I grow?" And I got on the internet. And suddenly, it opened up this whole world of ingredients and herbal remedies. I wound up finding this book that somebody scanned online called "The Art of Distillation." 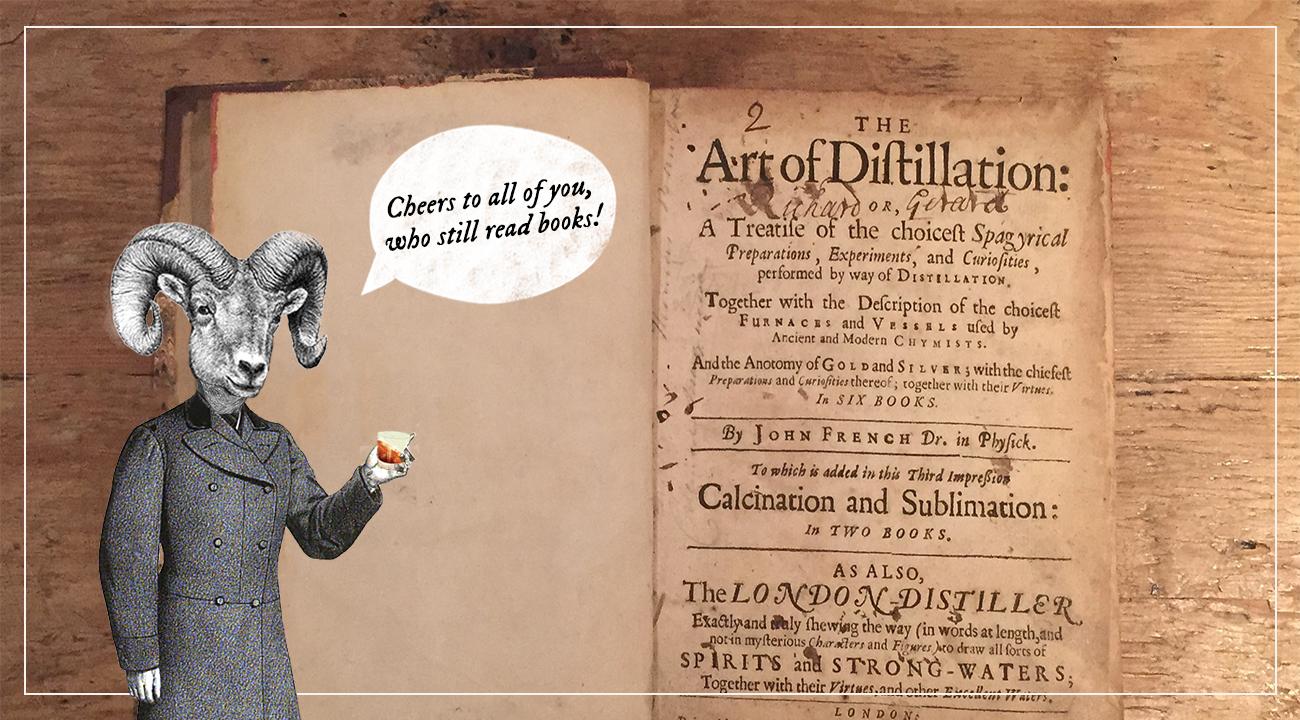 And then, it was that fateful Monday evening out at a restaurant in London, not drinking, where I got served that pink fruity sweet horrible childish mocktail. It wasn't like a lightning bolt moment. But I definitely know that I felt like an idiot, number one. It didn't go with my food, number two. And I couldn't finish it, number three. And I left that evening thinking, "Is it too much to ask a bar or a restaurant to put some effort and care into creating something that's adult and complex?"

“Non-alcoholic Spirits” sounds like an oxymoron. Can you explain what they are?

I can clearly remember when I first heard the terms "mobile phone,” "electric car," "online shopping" and "dairy-free milk." Now, all of those things are quite normal. But when you step back and think about them, they don't make any sense at all because they are complete opposites. 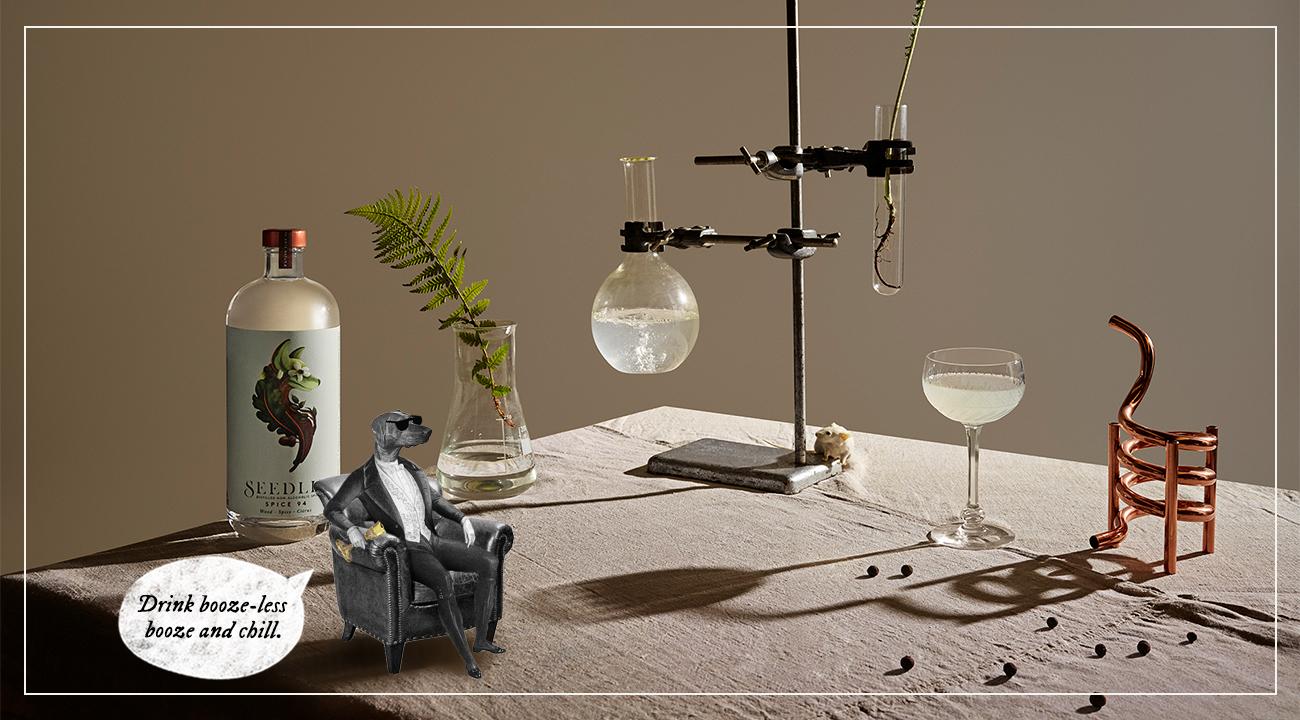 We’re a lot of the same methods and techniques, but with a different angle. We’ll start with macerations of the individual plants with neutral grain spirit and water at a specific ratio for a specific amount of time. We will then use distillation to do two things: one, we can remove the small amounts of alcohol because it has a different boiling point than water. And two, we can use distillation to capture and concentrate the flavor that's left from the maceration.

And then we do that to all 18 of our ingredients individually. And then we can go through the process of blending, filtration and bottling. It takes six weeks to make a bottle of Seedlip. It takes a lot of work to capture the truest character of each plant we work with.

What are some of the expressions that Seedlip has developed and are available on the market?

In the U.S., we have three products available: Seedlip Spice 94, Seedlip Garden 108 and Seedlip Grove 42. 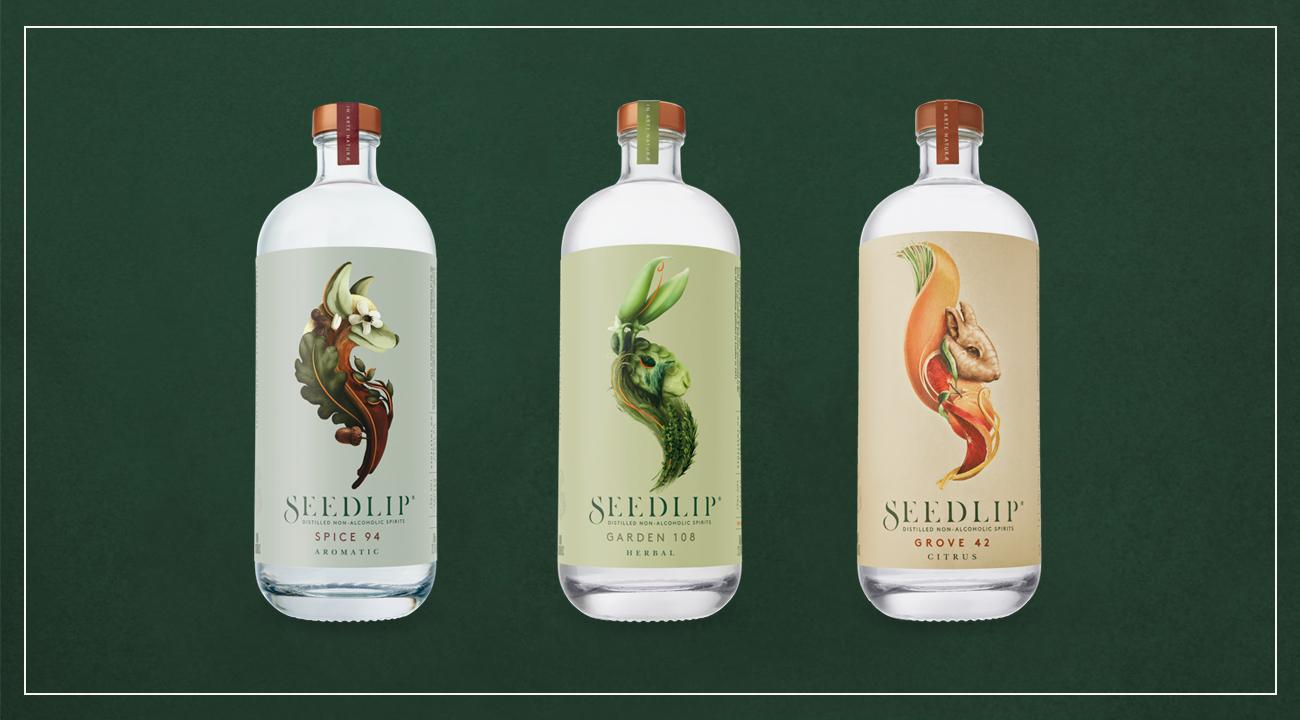 Can you describe the flavor profile of your first expression, the Spice 94?

If we’re just talking about Seedlip Spice 94, which was our first product, it's a very aromatic blend. There are two spices, two barks, and two citrus peels. We've really tried to bring forward some of the spice notes from the allspice berries and some of that floral character that you get from green cardamom. We've worked really hard on getting some of the tannin character using American Oak.

And then there's a lesser known root called cascarilla, which is used in some Vermouths. On top of that, we've got some wonderful, bright grapefruit and lemon peels. When you mix it with tonic or ginger ale, it really wakes the Spirit up. You’re going to get something that has good levels of spice, but still nicely balanced with some of the slightly drier astringent notes of the bark and the nice zesty top notes in the citrus.


How do you drink Seedlip? Can you drink it by itself or do you recommend mixing it with other things?

Education's really important. And I guess there are a few ways in which we do that. Number one: bartenders. Some of them have made incredibly complex cocktails with Seedlip. But there are some really simple cocktails that people can easily make at home. We do a nice play on a Moscow Mule using Seedless Spice with some nice fresh ginger syrup, ginger ale and a wedge of lime. We do plays on different cocktails like gimlets or Martini-style drinks. 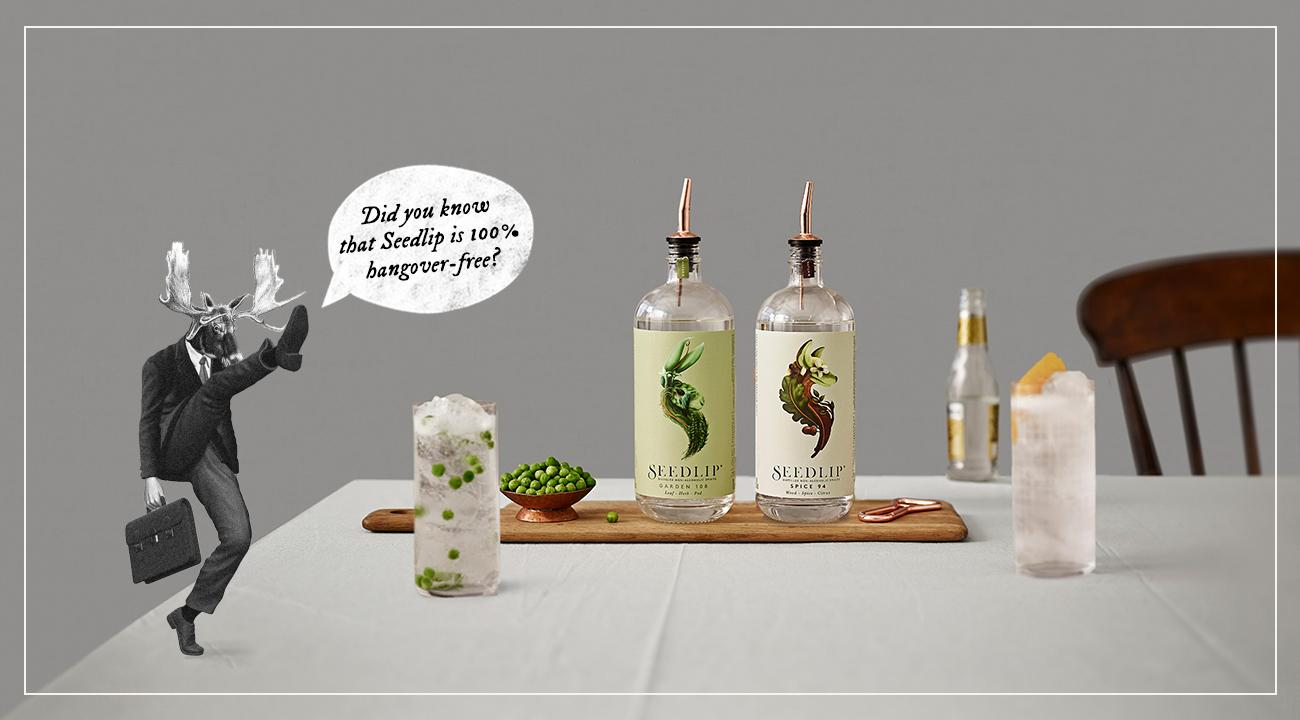 We’re blessed to work with a lot of the U.S.'s best bars and restaurants. So when you want to go out and have something different, the bar programs that have been put together with Seedlip feature some of the more complex cocktails and prep. People get that amazing experience, yet at home, they can just quite happily go, "Oh, I'm gonna have Seedlip Grove and soda this Monday night instead of a glass of Wine."

Do people mix it with alcohol?

I'm not really interested in trying to stop people from drinking alcohol. Otherwise, we wouldn't have built a company that lives in the world of alcohol, right? I think we would have set up a very different business. We launched a global campaign called Nolo for two nights back in July across 16 cities: New York, L.A., San Francisco, Melbourne, Singapore, Hong Kong, London, Barcelona, Stockholm.

It was a two-night take-over of what we believe are some of the best bars in the world. Like Trick Dog in San Francisco, Walker Inn in L.A., Nitecap in New York, Dandelyan here in London. We worked with people who supported us right from the beginning and offered a special non-alcohol cocktail menu and low-alcohol cocktail menu, all using Seedlip. The cocktails were all under 5% ABV. And it was phenomenal. It was an opportunity to say, "Hey, look, this should be about inclusivity. The alcohol content shouldn’t really matter. You should be able to get a great drink.”

If you could have one superpower, what would it be?
Fly.

What’s your favorite music and what drink goes with it?
"Fat Freddy's Drop" from New Zealand paired with a Seedlip Grove nut milk punch.

What would you eat and drink for your last supper?
My mother's English roast dinner, roast lamb with all the trimmings and a Seedlip Spice & Tonic.

What's your second favorite non-alcoholic Spirit (assuming that Seedlip is your favorite, of course)?
My second favorite is “watch this space” because we're launching a new brand in the next six months.

How did spirit enthusiasts react to this? Did you win over the people who love to have a drink?

Good question. I think it's manifested itself in two ways. Number one, we pride ourselves on working with the best bars in the 20 cities we’re in—Seedlip is served in 30 of the world's top 50 bars. And so people at the absolute forefront of influencing, informing and inspiring what we do drink are now doing that with non-alcohol and with Seedlip. I think that's been a huge marker for us, as these guys work in the alcohol industry. They're surrounded by it. They know about it. They're passionate about it. Yet, they're able to also be passionate about making great non-alcoholic drinks. So that was the first test.

The second test has been talking to people who drink, but are not drinking. And we talk to them for a number of different reasons, but primarily because they understand what a great drink is. They understand the care, quality and craft that goes into making alcoholic products and making cocktails. And they appreciate that. So that's very helpful to us because we want to make great drinks. 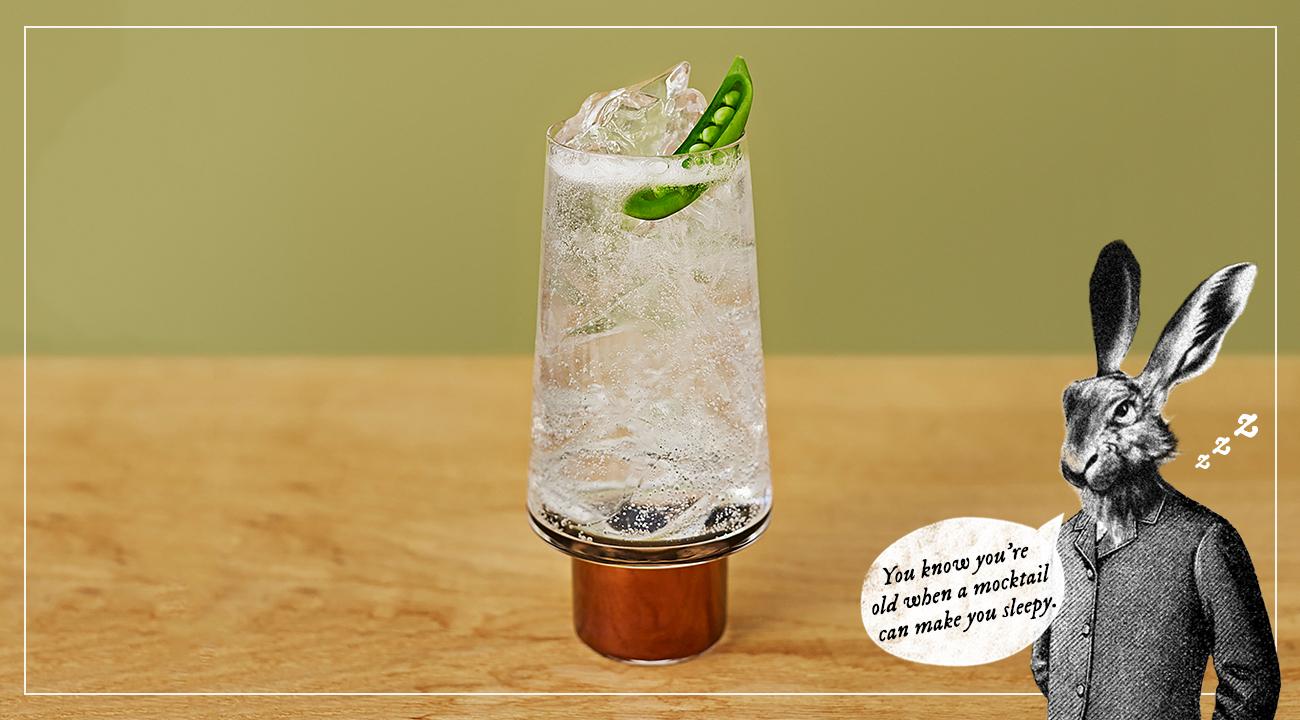 And then the most interesting thing I've found are the people who say to me, "Ah, Seedlip's great, but it's probably not for me. You know, I drink." But the longer I talk to somebody, the more they realize, "You know, I took a week off drinking a few months ago. And the options were really bad." Or they say, "now that you mention it, I had to drive the other week. And I got to this party and all they had on offer was orange juice and diet Coke."

It's not top of their mind, but when they actually step back and think about it, they realize that we don't drink alcohol more than we do drink alcohol. This is evidence of just how new non-alcoholic Spirits really are. It's evidence of how forgotten being a great host is in terms of offering something for everyone. We can cater to that.
Read more about:
Published Oct 23rd 2018
By Jackie Gutierrez-Jones