Hitchhiker's Guide to Whiskey and Rum 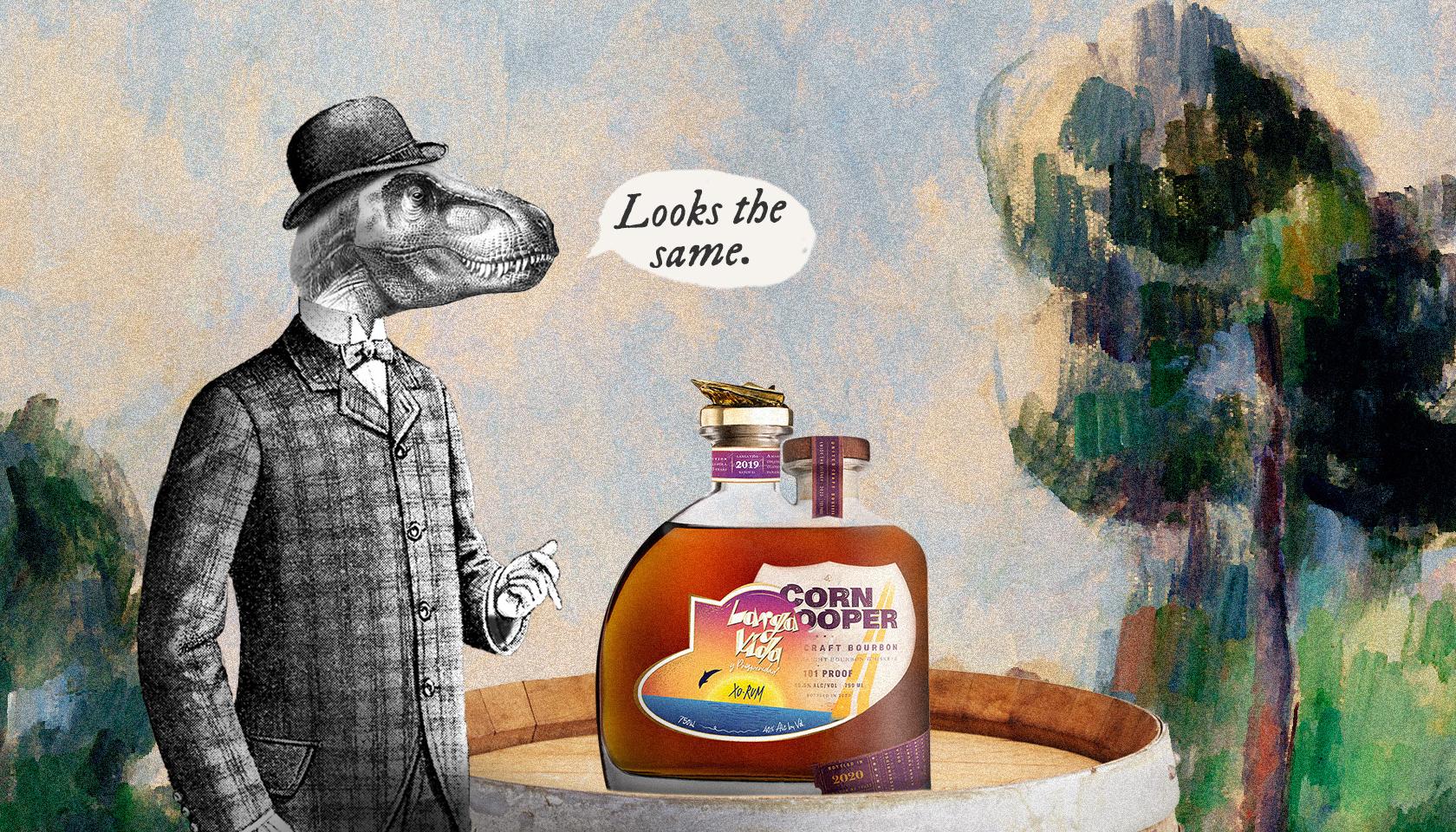 One of the fun rights of passage is reaching the legal drinking age and exploring alcoholic Spirits. Mistakes will be made, and questions will be asked.

After we experience some of the entry-level products, we naturally pick our favorites, our palates evolve, and our curiosity is piqued to explore other Spirits.

Over the past couple of years, a popular trend has some Bourbon or Whiskey drinkers expanding their interests to Rum.

Part of enjoying the Spirits is understanding how they are made and where the differences and similarities begin and end. This primer details some of the factors Whiskey and Rum share and where they diverge to become their unique entities in the world of alcoholic Spirits.

What is Whiskey made from?

Whiskey is made using various food grains, such as barley, corn, rye, and wheat, to create a mash that is the fermentable base material used during distillation.

The grain used dictates some of the dominant flavors found in the glass. In the case of Bourbon, 51% of the grain must be corn, and the same holds for Rye Whiskey, which must use 51% of Rye to create the product.

What is Rum made from?

Rum is made from sugar cane or, more to the point, the ingredients that are a byproduct of sugar cane production, such as sugar cane juice or molasses.

Some craft distillers like to use sugar crystals or dehydrated sugar cane juice due to more convenient storage and the size of their operations. A simple rule to live by is if sugar cane by-product is not used in creating the Spirit, it is not Rum.

Like Whisky, the material ingredient used during fermentation makes up at least half of the flavor profile of the Rum.  Depending on the distillery, the fermentation time will differ, ranging from days to weeks at the discretion of the distilling team and what products they are producing.

With both Whiskey and Rum, the fermented liquid is distilled using pot and column stills. The distillation process is quite similar for both Spirits; the differences lie in the details of equipment used and the time taken to create them. 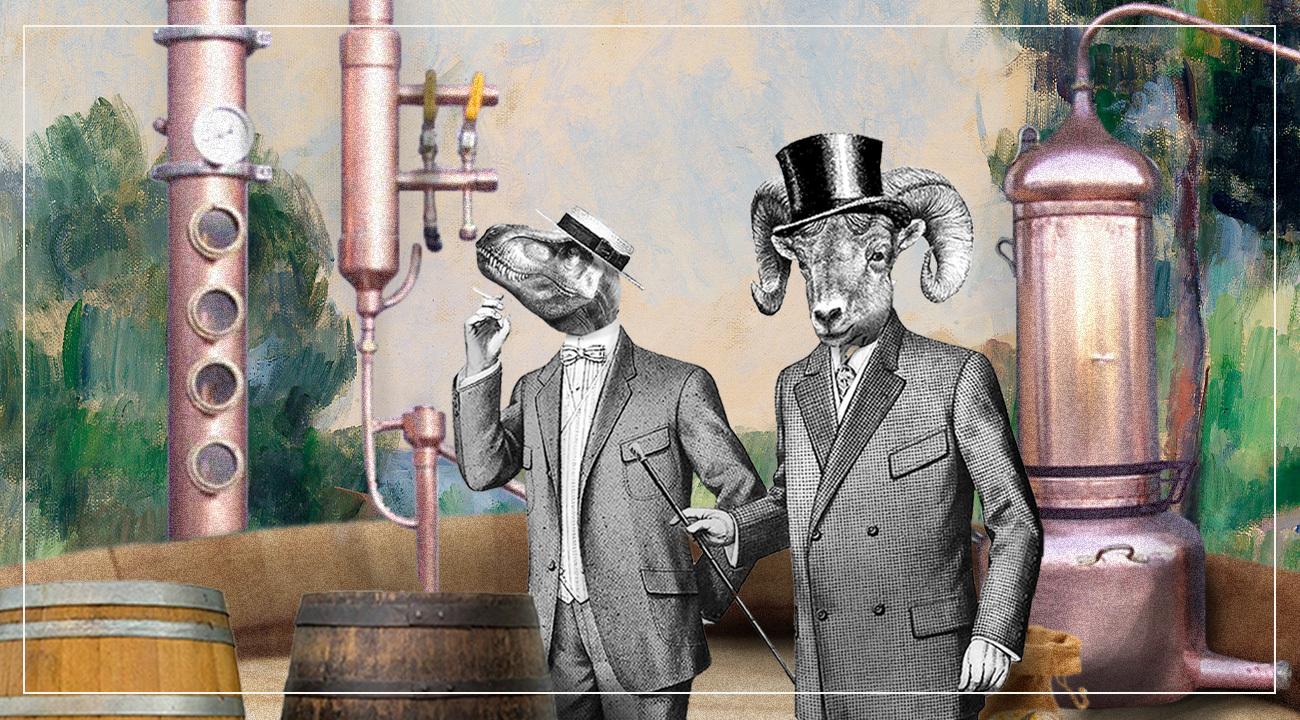 After the liquid is distilled to the desired specifications, the Spirit goes through the distillery’s proprietary steps before filling barrels for maturing or, in some cases, with Rum going straight to the bottling line and packaging.

The Alchemy of the Barrel

Depending on the Spirit, both Whiskey and Rum makers are free to use different kinds of barrels made from various woods (oak, maple, cedar, etc.) that may or may not have previously matured other Spirits.

The exceptions are Bourbon, Japanese Whiskey, and Scotch. Bourbon must be aged in unused American White Oak barrels that usually hold 53 gallons (200 liters). Japanese Whiskey must be matured in wooden casks (700 liters or smaller) for a minimum of three years. Specific cask wood type is not dictated, so distillers use preferred wood types for their products.

Scotch producers predominantly use ex-Bourbon American White Oak barrels. While such barrels are common practice with the Rum producers, it is not a dictated restriction. For example, most French Rhum producers use French Limousin oak to age their products. 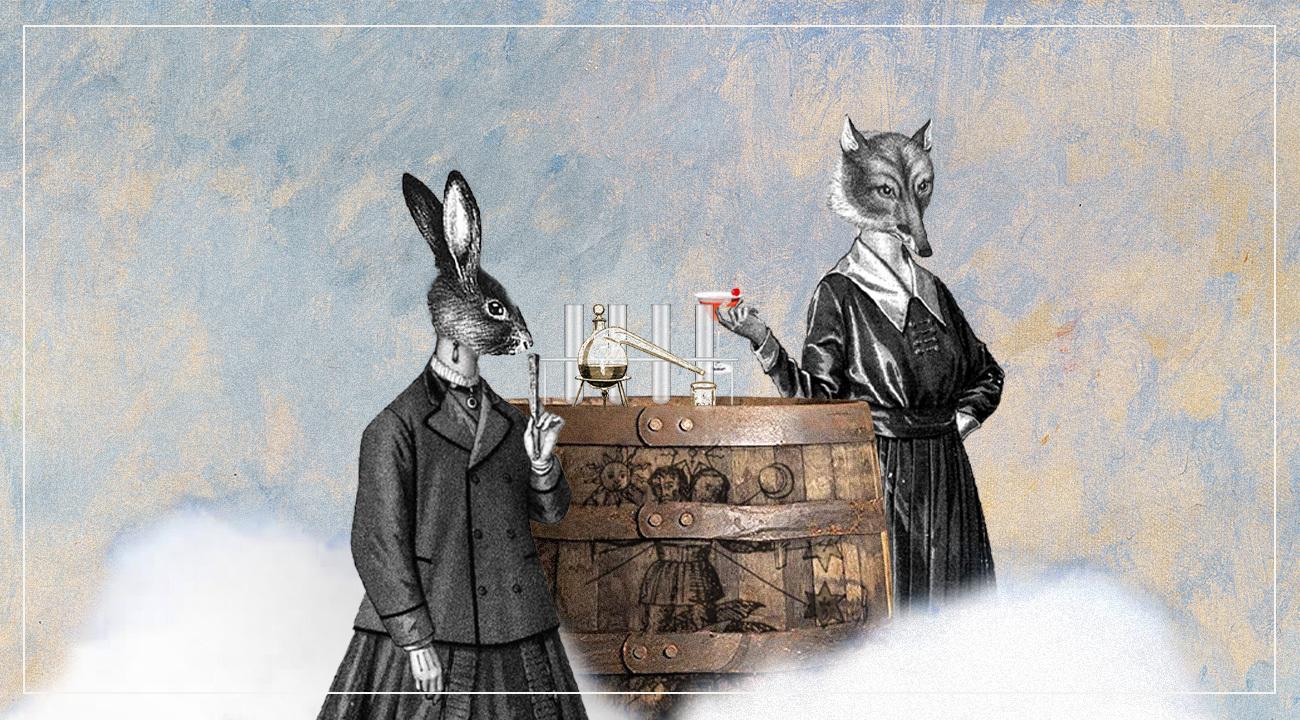 It has become quite common for distillers to mature and finish Whiskey in former Sherry and Cognac casks or Rum in different ex-Whiskey casks to introduce a nice twist to the flavor profile.

Why Do They Char and Toast the Wood?

Another aspect of the barrel that introduces different flavors is the level of charring. A lighter char or “toast” infuses more of the lighter wood flavors (tannins), most commonly applied to wine casks.

Darker chars bring out the caramel, vanilla, and mineral flavors usually associated with our favorite Spirits. The types of wood used for the barrel, the level of charring, and the amount of time the Spirit is matured, allows the blenders to be creative in offering new experiences to enthusiasts.

Location Matters - Where are Whiskey and Rum Matured?

We have detailed in another article the differences between Continental and Tropical maturing. When comparing Whiskey and Rum, it must be part of the discussion. The climate of the barrel and the way the liquid heats up and cools down controls the level of interaction between the Spirit and the wood. 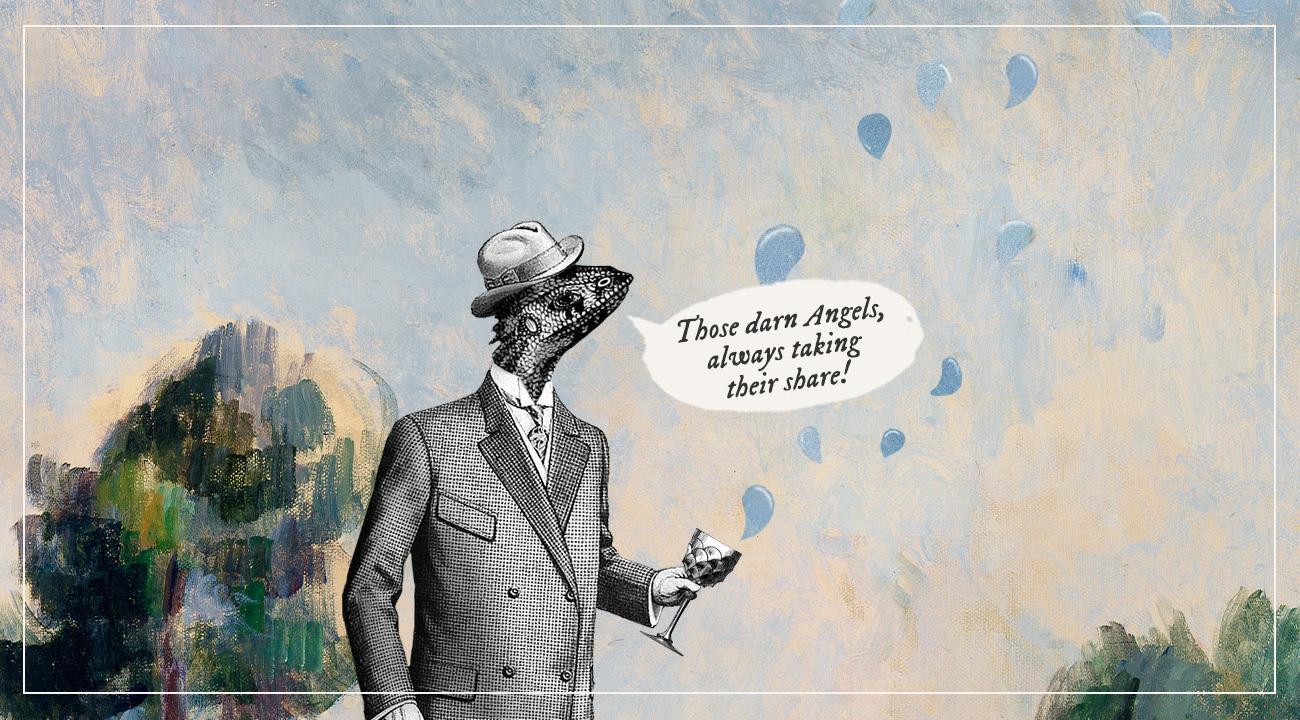 It is important to learn where a Spirit was matured to manage your expectations of the product and deciphering the age statement if there is one.

For both Whiskey and Rum, the blending process is the same. The liquid is blended with water to achieve the desired Alcohol by Volume (ABV).

Whiskey is usually bottled between 40 and 46% ABV, with rare bottlings going as high as 68% ABV.

And don’t even get me started on the flavored Rum category. If you dive even deeper into the world of Rum, you’ll find expressions with ABV going as high as 80%, though they are rare.

The blender may use additives to “smooth” a Spirit, but it all comes down to the law. To ensure a consistent appearance of a product, they may add a flavorless caramel coloring (e150a), mostly used in Rum, Scotch, and a variety of other Whiskeys. It is, however, not allowed to add the coloring to Bourbons and Straight American Whiskeys. 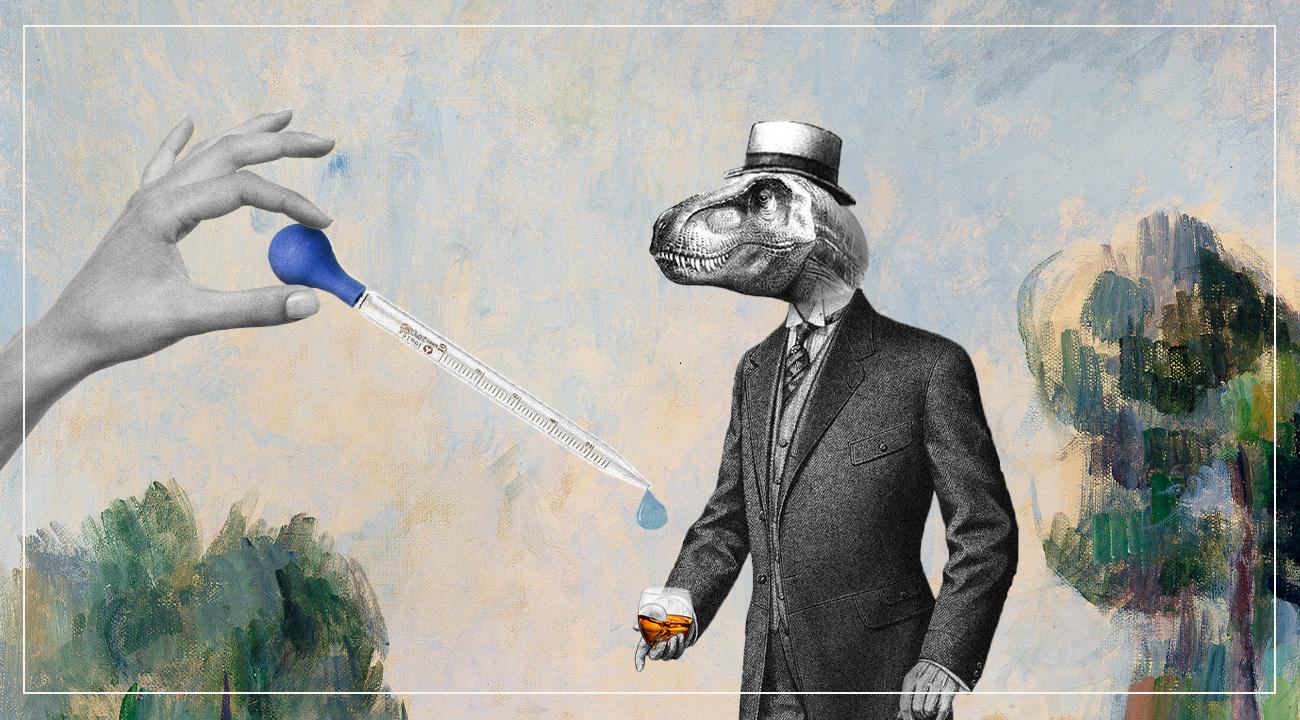 After the blending process is completed, the Spirit is bottled and packaged for distribution.

There are many great resources for your continued Spirits exploration. For example, Fred Minnick’s books Bourbon Curious and Rum Curious, or Davin de Kergommeaux’s book Canadian Whisky: The New Portable Expert. Professional and fan-based websites will also help you along your way.

If there is a particular Whiskey or Rum you’d like to explore further, I recommend going to distilleries and learn as much about the product as they are willing to share.

Who knows, maybe one day you may find yourself writing an article that guides your readers on their first steps in exploring and elevating their appreciation of these historic Spirits.