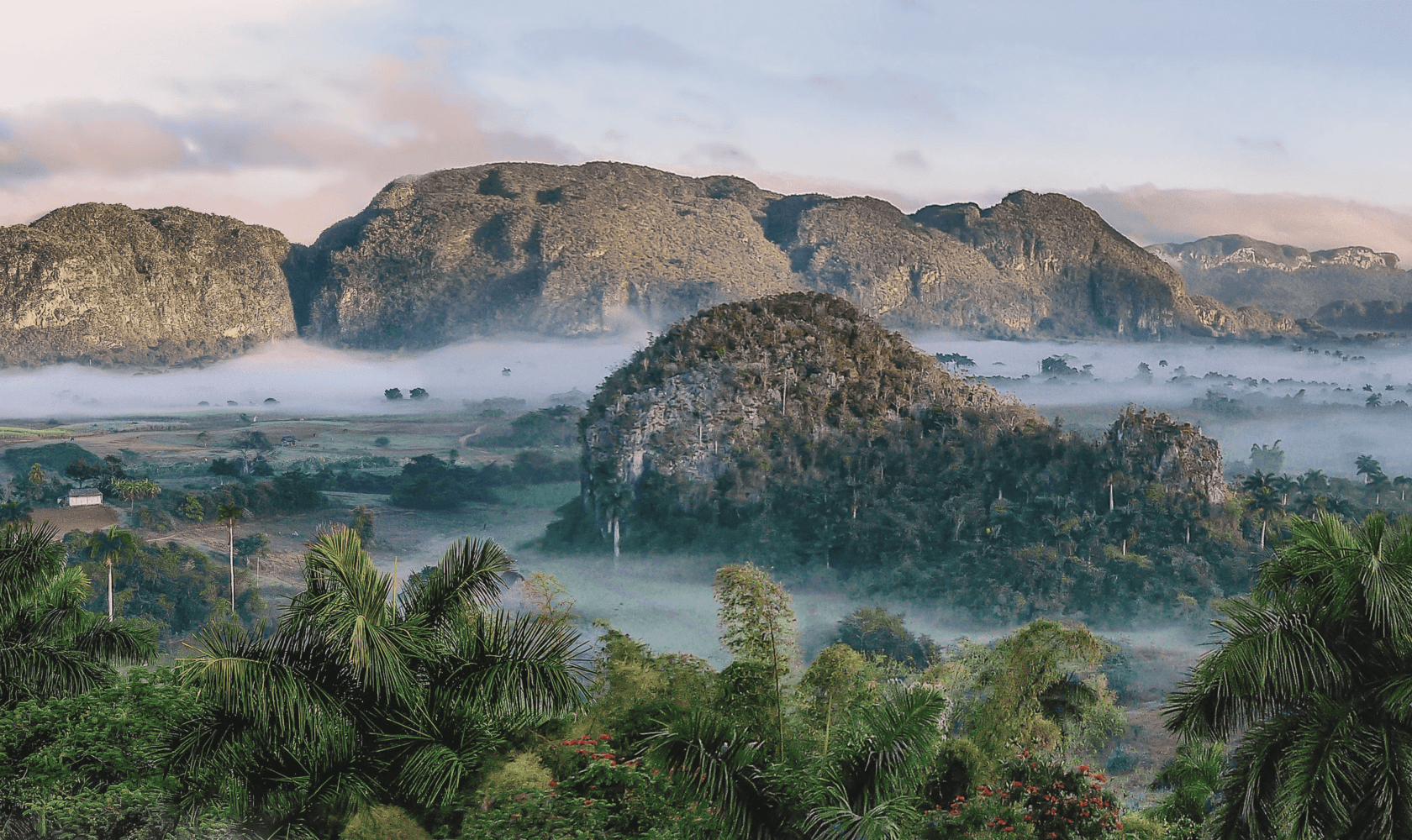 One of the challenges we consumers face while shopping for Rums is interpreting labels in an attempt to figure out their true age or maturation process. With age there is value, and there are brands that slap a number on a label that have little, if anything, to do with the actual maturity of the product which creates trust issues among knowledgeable consumers.
Even having a year or “vintage” on the bottle can be confusing, because depending on the climate the Rum was aged in, you might think you are buying robust twelve year-old Caribbean aged Rum when in fact you have something that fails to meet those expectations.

Understanding the importance and impact of the climate where Rum is matured is one of the key things we can do to manage our own expectations when purchasing Rum. This article is a basic introduction that will enable you to understand and appreciate what you taste when you enjoy Rums matured in tropical or more temperate Continental climates. 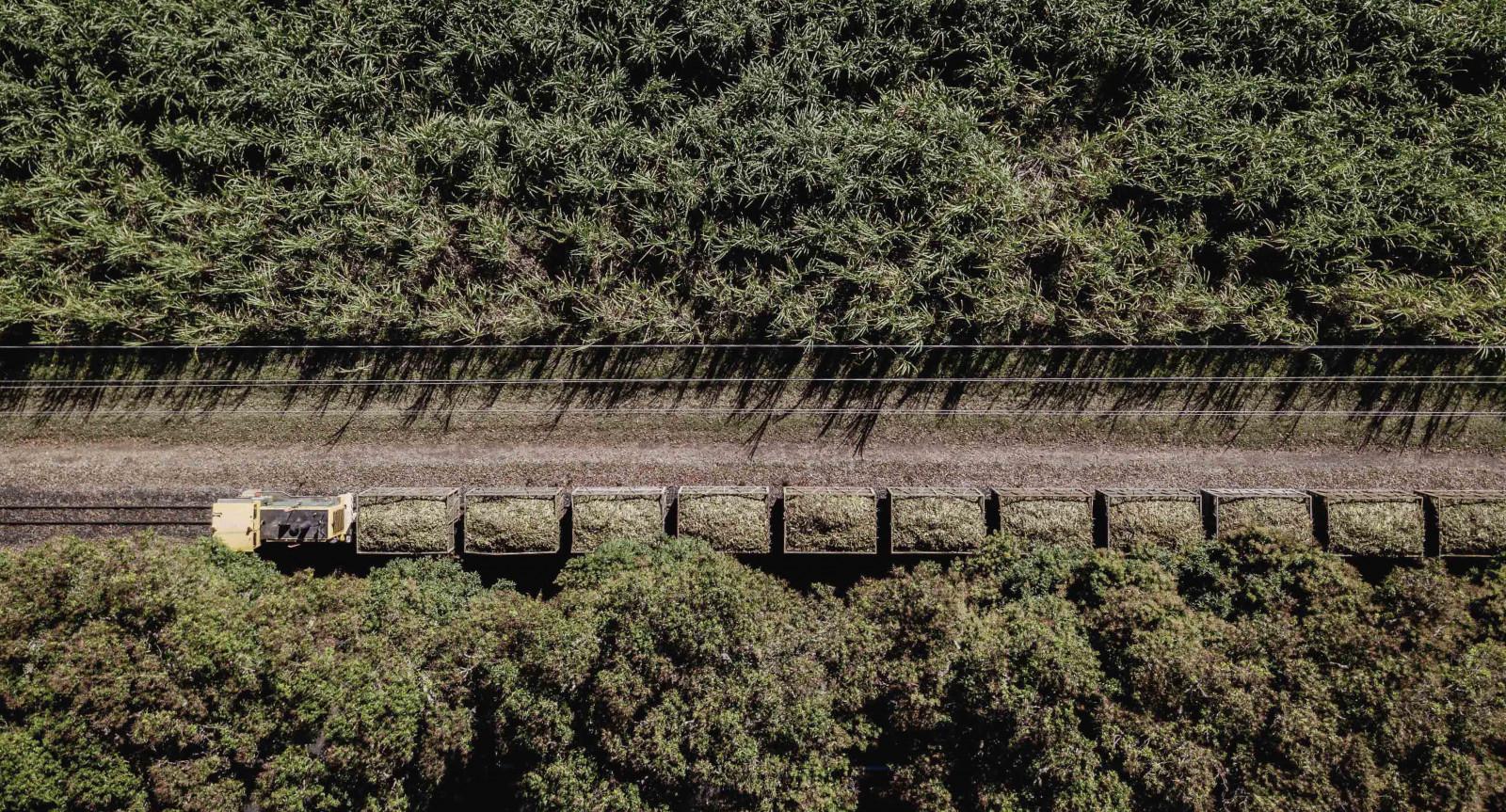 For this scenario we are going to use the commonly sourced “once used” American white oak Whiskey barrel. To begin, we need to understand the important distinction of Tropical and/or Continental aging and what is going on in the barrel.

Two factors that are going to transform the Rum during the aging process are temperature, and the liquid surface contact with the aging vessel. (Yes, these are interrelated.) Upon arrival barrels are inspected, in some cases assembled, then cleaned, charred or in some cases lightly toasted depending on the distilleries needs and set for filling.

Meanwhile the Rum is blended to barrel proof (this varies per distillery) before being poured into the barrel. Depending on the location/climate of the aging facility the Rum will interact with the wood of the barrels differently presenting the blenders with distinct flavor profiles among barrels, which they in turn use to create their product. 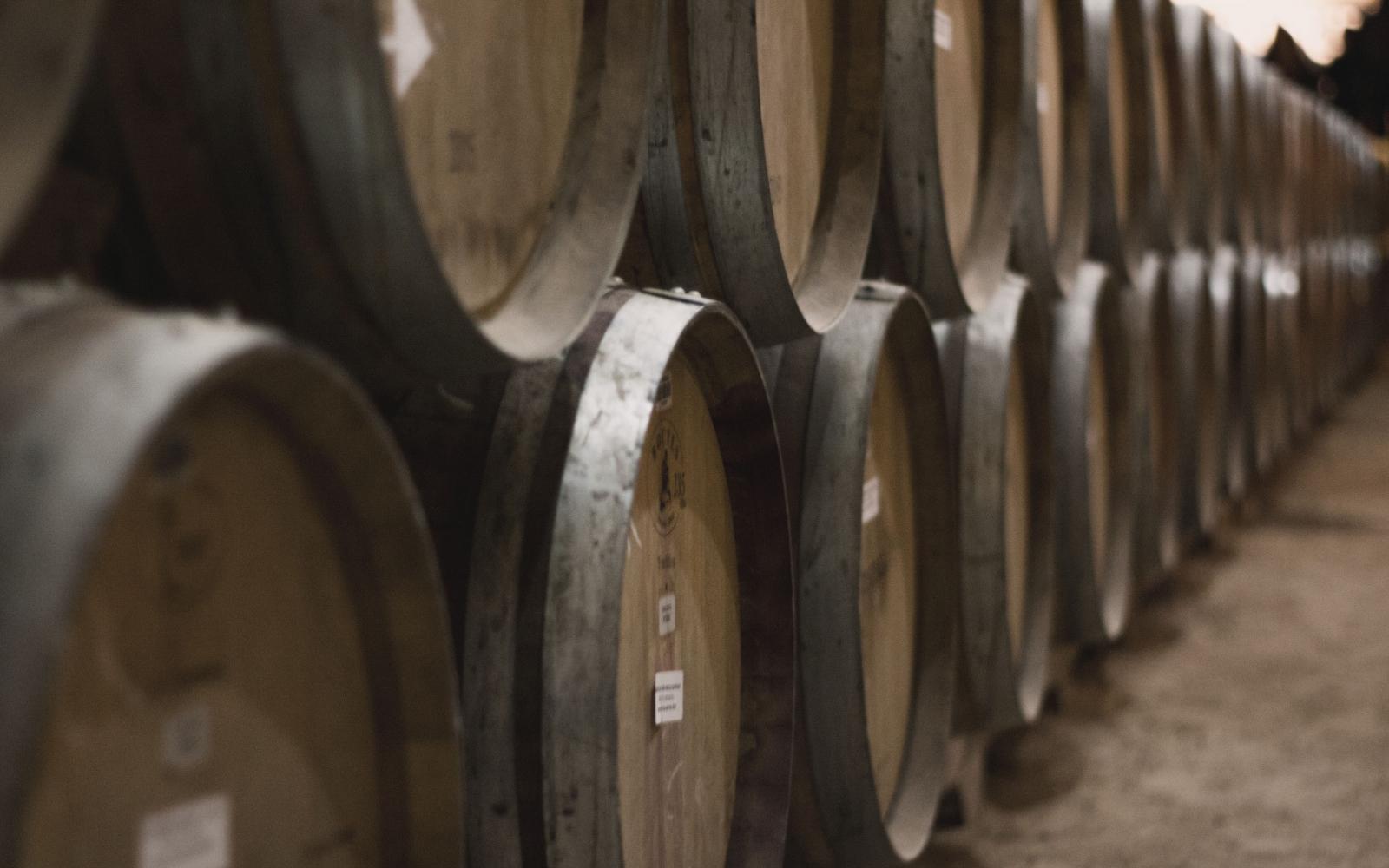 Oxygen enters the barrel through the pores of the oak staves of the barrel, oxidizing the alcohol in the Rum into aldehydes and aldehydes into acids. As the liquid ages the acids react with the alcohol creating esters which add to the aromas and flavors of the Rum.

During this time in the barrel, the Rum is being absorbed and exuded from the oak staves introducing more flavors to the liquid. This is why the kind of wood and char level of the staves matter when we discuss any barrel aged Spirit. When we think about tropical aging, ponder the heat and consistent temperatures of the Caribbean, Central/coastal South America and the southern United States especially Florida. (There are over a dozen Rum distilleries in Florida.) The interaction between the Rum and barrel happens faster than in cooler Continental climates.

Take a Rum and age it in a cool London dock aging facility, a barrel house in Kentucky, or a Cognac cellar in France and the level of interaction between the Spirit and barrel is much slower than that seen aged in the same amount of time in the Caribbean. I have been taught the best rule of thumb is to consider a Rum aged in the Caribbean maturing three times faster than a Rum aged in Europe. Then there is the matter of evaporation.

With the liquid heating up and cooling down, the climate of a barrel’s location factors into how much evaporation occurs. For example, a Rum barrel housed in a tropical (hotter) climate close to the Equator can lose between 7 to 10% of its contents due to evaporation, while a barrel located in a more temperate location may only lose 2 or 3%. This is commonly known as the Angel’s Share, which refers to how much of a Spirit is lost to the atmosphere while it rests in the barrel.

The liquid in the barrel is striving to find balance as air enters due to Rum being absorbed into the oak staves, and as such, humidity also plays an important role- higher humidity leads to faster alcohol losses, while Rum aged in drier climates leads to water loss. 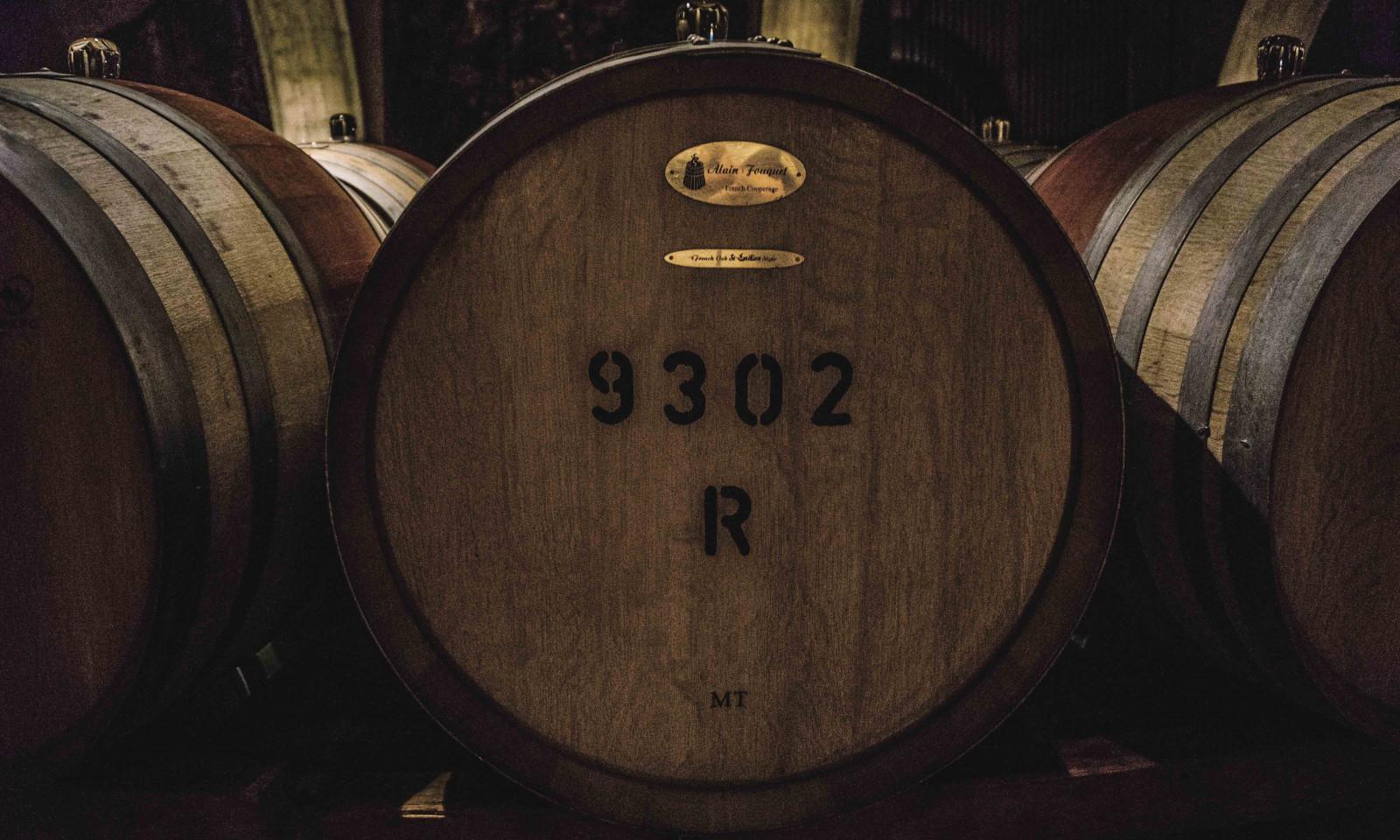 Rums aged in a barrel for a short amount of time are lighter in body and are much less influenced by the oak tannins. The longer the Rum interacts with a barrel the heavier the body and flavor profile becomes as it infuses more and more flavors from the barrel (and more esterification occurs).

In tropical climates, it is not uncommon for Rums over twelve years old to take on too much of the oak and char flavors from the barrel and with the loss from evaporation it may not leave a lot for liquid for the blender to work with. This is why most Rum blends incorporate multiple barrels to develop the final product.

Devil in the details

When we read a Rum label it is not always easy to tell where the Rum is aged. With some private blends they do not disclose where the Rum was located before their product was created. Sometimes all we get is a brief statement of “aged in the Caribbean”, “blend of four and five year old Rums” or “Product of the West Indies”.  Such vague descriptions do little to help us determine the true provenance and worth of specific Rum.

There are also several companies that source Rum from a private broker or directly from a distillery and then do additional aging and cask finishes in a different climate than the origin of the Rum. Examples include Jamaican Rum re-casked and aged in Kentucky, Barbados Rum aged six months in Cognac casks in France. These companies disclose what they have done because they want the consumer to understand a different kind of flavor experience awaits them in the bottle.

This is why I appreciate companies like Hamilton, Denizen, and The Funk Rum that clearly detail the origins of the Rums used in their products which helps us make an educated purchasing decision at the point of sale.

Now when the Rum is from a company like Don Q, Foursquare, Privateer, or Siesta Key Distillery with a small amount of research you can confirm that the Rum is aged at or close to the origin distilleries and that information will communicate if it is a Continentally or Tropically aged. All four companies are also great at communicating what kind of barrels were used for primary aging and if there was additional aging what kind of cask was used.

Knowing and understanding these small details helps you adjust your expectations accordingly and will hopefully lead to a better purchasing experience. The Devil really is in the details and with Rum all the details matter.

Hopefully after reading this, your understanding of the important difference of where Rum is aged will help improve your purchasing experiences as well as better understand the maturity and flavors of a Spirit you are imbibing. As a consumer, the origin of a particular Rum, and the transparency of a company’s production methods are important when I am making a purchase as well as helping me manage my expectations.

The next time you are shopping online or in a store, if you are not sure about a newly discovered Rum, do a little research and by better understanding where and how the Spirit was aged you will hopefully find a new appreciation with your purchase.