Behind the Drink: The Parasol

Published in:
By Shannon Mustipher 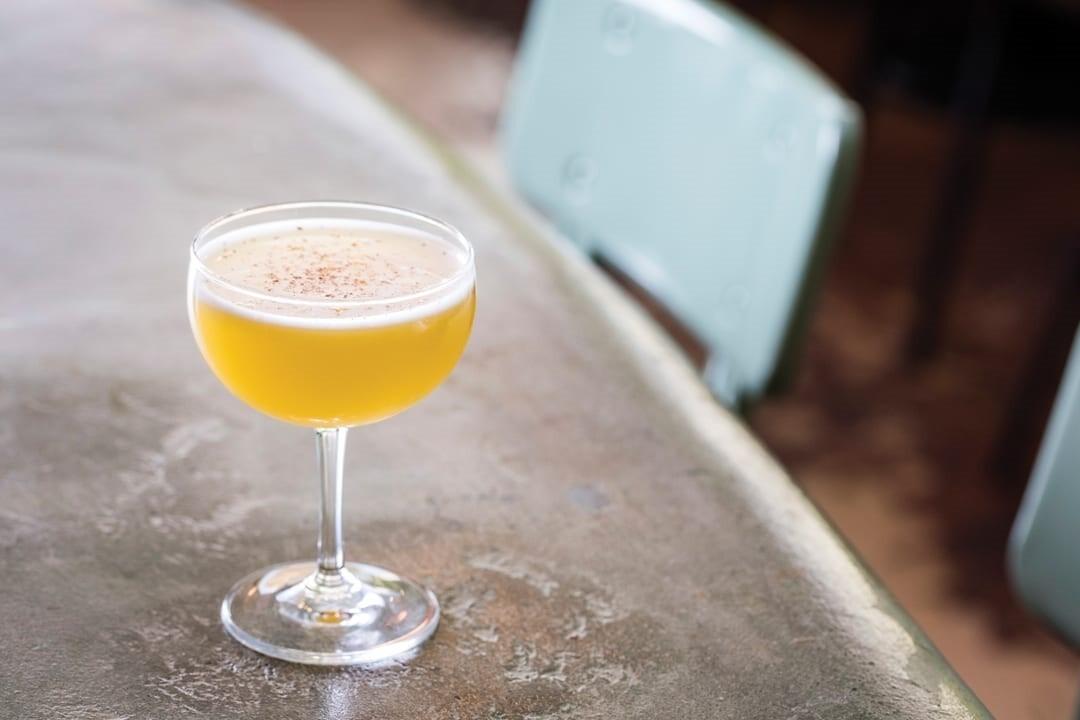 Some of the best drinks in the world—the iconic classics that are firmly established in the cocktail canon—are the result of what those of us engaged in creative pursuits refer to as happy accidents.

The Daiquiri is one such recipe. Accounts suggest that it was originally served as a pitcher drink by Jennings Cox, an American engineer living in Cuba in the 1870s. He was entertaining visitors at his home and discovered, to his dismay, he’d run out of gin. Thankfully, the company he worked for, American Steel, supplied its workers with bottles of Bacardi Rum. Cox used the rum along with local limes and club soda to come up with an acceptable  thirst-quenching substitute.

The drink must have been somewhat appealing as word of this combination of rum, sugar, and lime, eventually spread to bars frequented by U.S. and European expats in Cuba. By the 1920s, it had morphed into its modern form (shaken and served up). Perhaps, the popularity of the gin Gimlet helped change the recipe of the Daiquiri.

But it was at Bar La Floridita in Havana that the Daiquiri came into its own. Night after night, the establishment was packed with throngs of thirsty tourists who were served round after round of Daiquiris by a brigade of white jacketed bartenders. Hemingway was a huge fan and managed to have a special version devoid of sugar devised especially for him. Meanwhile the owner, Constantine Ribuguala Vert, crafted 20 plus variations, including the frozen version that is still served there. The expertly trained cantineros measure out each ingredient by sight and mix each Daiquiri vigorously, which yields a sublime and delicate concoction. (Suffice it to say, La Floridita’s version is a far cry from the mass-market frozen serves found on Bourbon Street in New Orleans that came close to destroying the reputation of the drink.) In 2015, I began working on creating the bar program that centered on rum for Gladys Caribbean in Crown Heights, Brooklyn. I knew that serving a credible (and convincing) version of the Daiquiri would be vital to selling the notion that rum was a solid mixing spirit. At that time, there were not many bartenders outside of the tiki community that took the Daiquiri seriously. I noticed when I called for one at bars around New York, I would usually get a puzzled look. The bartender would then tell me that they did not have a slushie machine or sometimes, puzzlingly, I would get one that was shaken with lemon juice.

This sad state of affairs prompted me to double down and to serve my Daiquiris according to La Floridita’s traditions: the lime juice was pressed to order and right into the shaker, and mixed with sugar on the spot as opposed to using simple syrup.

Mind you, this was in 2016, when limes were running around $1 each and the bar’s owner implored me to use a pre-packaged juice. I refused to back down, and the bartenders then had to learn how to crank out this labor-intensive serve efficiently and real quickly. If people didn’t like rum because it was “too sweet,” I knew that putting a crisp and bone dry Daiquiri on the menu would shut down this objection—no questions asked.

The strategy worked and the Daiquiri became the gateway to not only the rest of the cocktail list, but to the rum back bar as a whole. Soon, guests were ordering rum flights with abandon and a fan club formed around our Mai Tai, which is, in essence, a Tiki Daiquiri enhanced by the addition of orange liqueur and almond syrup.

As gratifying as it was to see these things come to pass, the moment the Daiquiri became real for me—when I discovered a deep and personal connection to the cocktail—came two years later. One evening, I was enjoying a drink at my local King Tai Bar, which I have affectionately dubbed my home bar away from home. I am there at least a couple times a week and short of working a full shift there or being on payroll, it is safe to say that I regard that it is close to being my bar as any establishment that I have ever worked in.

So, it is only fitting that the Parasol, my signature Daiquiri, was born there at King Tai. One night, as I leaned on the corner of the bar chatting up the bartender, another regular, who owns a jam company called BRINS, walked in and gifted me a jar of handmade banana jam, which was one of her latest recipes. Without batting an eyelash, I handed it over to the bartender and rattled off a drink spec: aged white rum, pineapple juice, the jam and lime juice.

The result was pure heaven: bright, fruity but not overly sweet, silky with a full mouthfeel that did not come off as cloying, familiar and yet slightly novel. Fresh grated nutmeg on top brought it fully into the tiki fold. I ran the drink on the menu at Gladys and it eventually made its way into my book, TIKI: Modern Tropical Cocktails and has been covered in multiple publications.

So how does a great drink come about? While learning everything you can about the ingredients and working tirelessly on the recipe is incredibly important, you also need to leave the door open for a happy accident to take place. With that said, if there is a classic that has been calling your name, do not ignore the call. Get to know it inside and out. Try your hand at making it as often as you can and order it whenever you go out.

There is a reason why successful marriages typically involve a habit of going out on regular date nights: there is a commitment to keeping a routine, while leaving some room to spice it up every now and again.

Add all of the ingredients to a shaker and fill with ice. Shake, and fine strain into a chilled coupe. Garnish with freshly grated nutmeg.

Shannon Mustipher is a cocktail consultant, spirits educator, and the author of 'Tiki: Modern Tropical Cocktails (Rizzoli/Universe)'. After launching a Caribbean rum-focused bar at Gladys Caribbean in 2014, she went on to found Women Who Tiki, a tropical cocktail-centric pop-up that gathers a team of women bartenders to share their talents and collaborate on creating a one-night-only experience.