Oh, These Guys? They're the Black Sheep of Bourbons

Riddle us this: what do Fleetwood Mac and Bourbon have in common? Well, if you’re Chicago-based distiller KOVAL, it’s a kinship with “Go Your Own Way.”

Because that’s exactly what Sonat and Robert Birnecker did when they opened Koval Distillery in 2008. These guys ventured to open the first distillery in Chicago since the mid-1800s, leaving their academic careers behind to take on the wild and uncharted territory of making liquor in the Midwest. 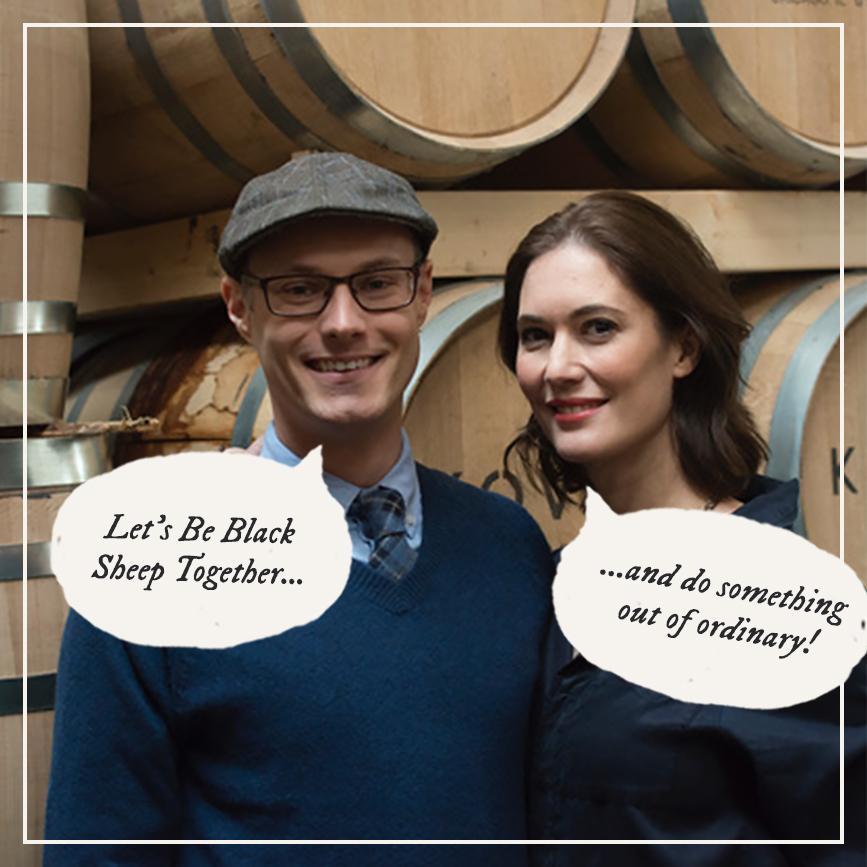 We met with co-founder Sonat to get a little more intel on their booze. And it turns out, it all started with some loving needling from her sister at a holiday gathering. (Siblings. Gotta love ‘em.)

"We were unsure, it sounded daunting to start a liquor company. Liquor seemed very mysterious and there weren't many independent liquor companies at the time,” explains Sonat. “Nevertheless, we thought about what we wanted from life: to live in a city that we loved: Chicago, work together, be close to family and make and do something that we could be proud of. It became very clear that the only way we could do that was if we had our own business because only then can you write your own rules."

"Robert comes from three generations of distillers and grew up distilling, and the more my sister brought up the idea, the more it took root. After researching it, we decided that we were no longer daunted by what it would take and we were ready to give up everything to make a run for our dreams.”

So, what about this whole “black sheep” thing?

Yep, distilling runs in Robert’s blood. His grandfather, Robert Schmid, produces some fine tasting brandies in Austria. But that’s not the only drop of inspiration the boys culled from their lineage. Turns out, both of their grandfathers played a role in the naming of their venture.

You see, Koval means “blacksmith” in several Eastern European languages. But in Yiddish, it also means “black sheep” or someone who forges ahead and does something out of the ordinary.

“My great-grandfather earned Koval as his nickname when, at the age of 17, he surprised our family and emigrated from Vienna to Chicago in the early 1900s to start a battery company. Coincidentally, the surname of Robert's grandfather (at whose side Robert learned the art of distilling) is Schmid—German for "smith."

"Robert and I chose the name Koval to honor both men—and to reflect their own extraordinary decision to leave their careers to make some of the most unique Whiskey in America.”

The heart of the grain makes the difference

The Whiskey industry is booming. No surprise there. So what makes these guys stand out from the pack? Koval monitors the entire process, start to finish—from the certified organic grain sourced from the Midwest Organic Farmers Cooperative to the Lake Michigan water they put through natural charcoal purification.

But the heart of the answer is, well… all heart. “Unlike some distillers who purchase or bottle premade spirits, Koval makes its organic spirits from scratch and using only the ‘heart’ cut of the distillate for a cleaner Whiskey taste. All of the Whiskeys are single barrel and aged in 30-gallon new American oak charred barrels." 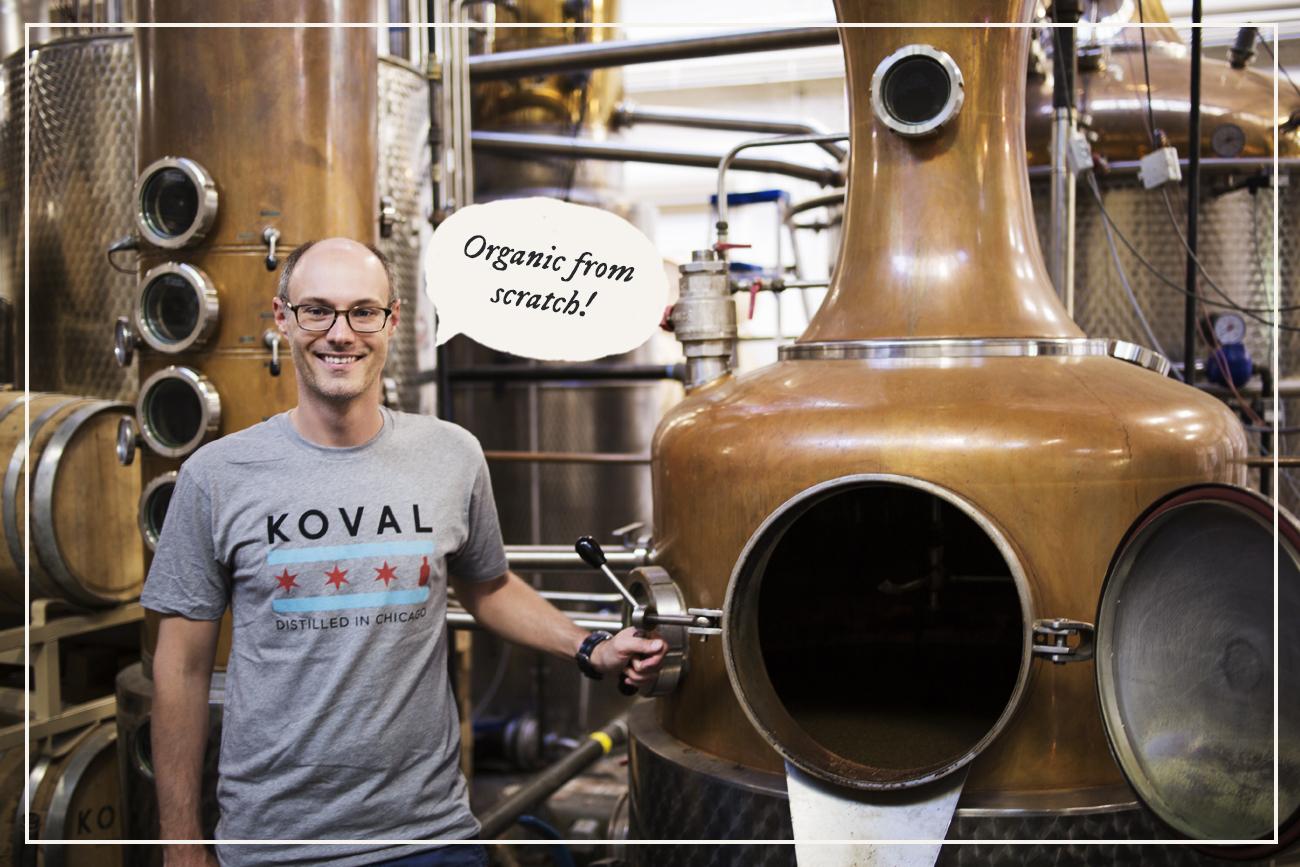 "We are also transparent about what is in our bottle. If it is Rye, it is 100% Rye, which is not always the case as the government allows one to call a product a Rye as long as it is 51% Rye.”

"We do not like to focus all that much energy on our competition, as it takes away from time spent addressing our own mission and doing what we do as best as possible."

"We feel that our use of alternative grains, steadfast commitment to using only the heart cut, and the best ingredients allows us to focus our energy on making spirits—making them incredibly well, and making them in our particular style.” 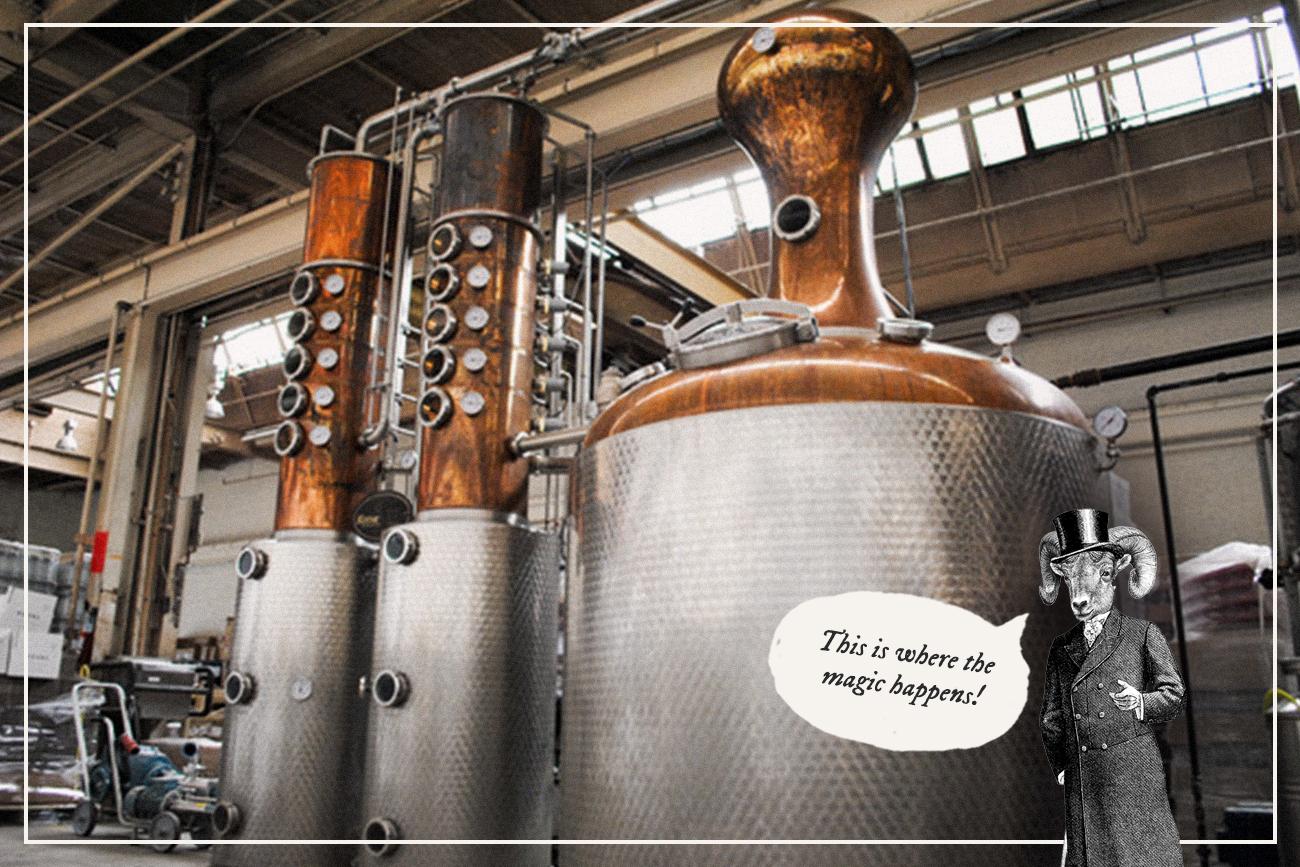 Okay, great. Now what about the taste?

You’ve probably gathered that their spirits are infinitely smooth sippers. And you’re not wrong. But there’s a lot more to the Bourbon you’ll find in your Tasting Box. After all, it’s got a gold medal to call its very own.

“Our Bourbon is a naturally gluten-free Whiskey, bottled single barrel at 94 proof. It’s taste reflects notes of mango chutney, vanilla, and a peppery caramel finish. Winner of the Gold Medal in the 2014 International Whisky Competition, KOVAL Bourbon has the requisite mash of at 51% corn, but includes millet instead of the usual rye or wheat supplement.”

When inspiration runs for President

President of the World. Has a nice ring to it, no? Turns out, it inspired a spectacular brand for Koval. “Everything we do is personal. We get our inspiration from our travels, education, and family."

"Our new line of brandy called ‘Susan for President’ is an example of how our products are an expression of ourselves, and what, or in this case, whom we love: ‘Susan for President’ is an homage to my aunt Susan, a sculptress, who casually ran for president of the world as part of her artistic persona. She passed away of breast cancer and we wanted to keep her campaign alive; so we created a brandy that is beautiful and exquisite—inside and out—just like my aunt.” 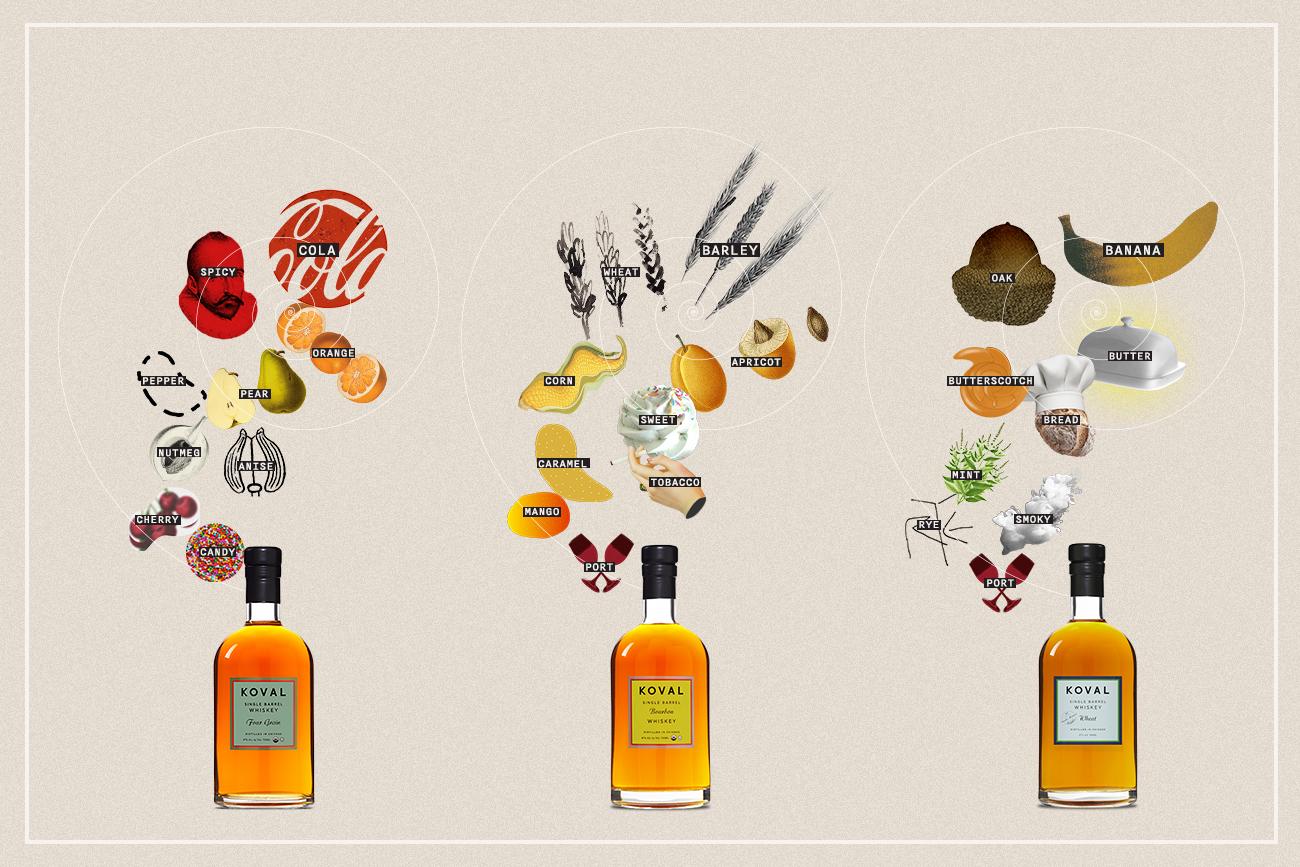 Need some inspiration of your own? Pour out a dram and see where their Bourbon takes you.