Tee up on the Green, Open a Distillery: The Story of Journeyman 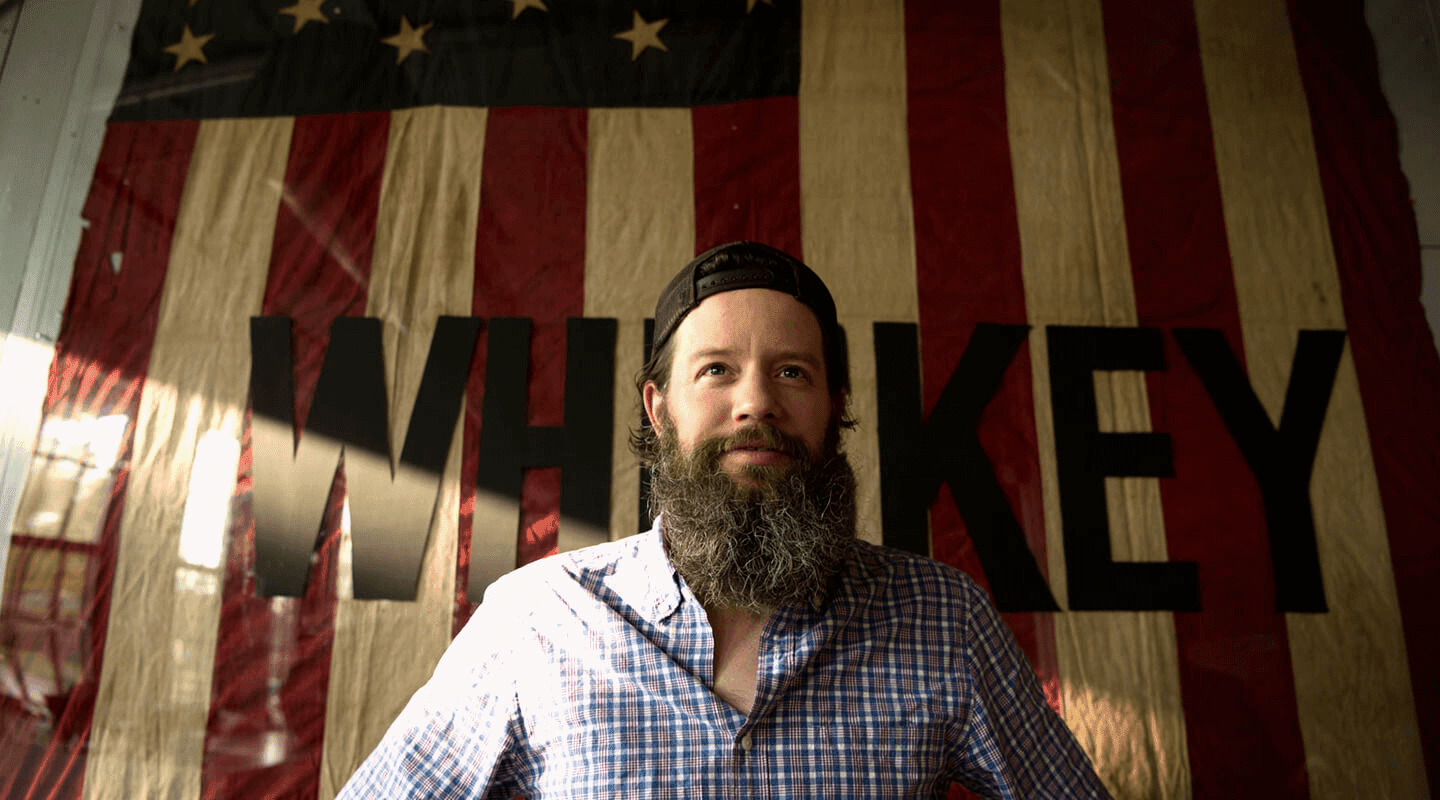 Boy meets golf. Falls in love with the game. Runs away to Scotland to pursue one of the world’s oldest greens. Starts making Whiskey in Michigan.

At least it was for Bill Welter, the founder and owner of Journeyman Distillery.

“Dad played golf. I played with him and loved the game. I ended up being really passionate about it, played it in high school and got a golf scholarship at the university. When I graduated, the passion for the game took me to Scotland, I moved to St. Andrews. Scotland is known for distilleries as well as for golf—it’s believed that golf got its start in St. Andrews and the city has the oldest golf course in the world. So this was a chance to go and learn about the history of the game and pursue my passion for playing golf.”

From golf clubs to jiggers

When Bill wasn’t clocking in time on the green, he was waiting on tables at a local restaurant. That’s where he met a bartender Greg Ramsey, a master barman and a Whisky connoisseur. Fortuitous encounter, that. 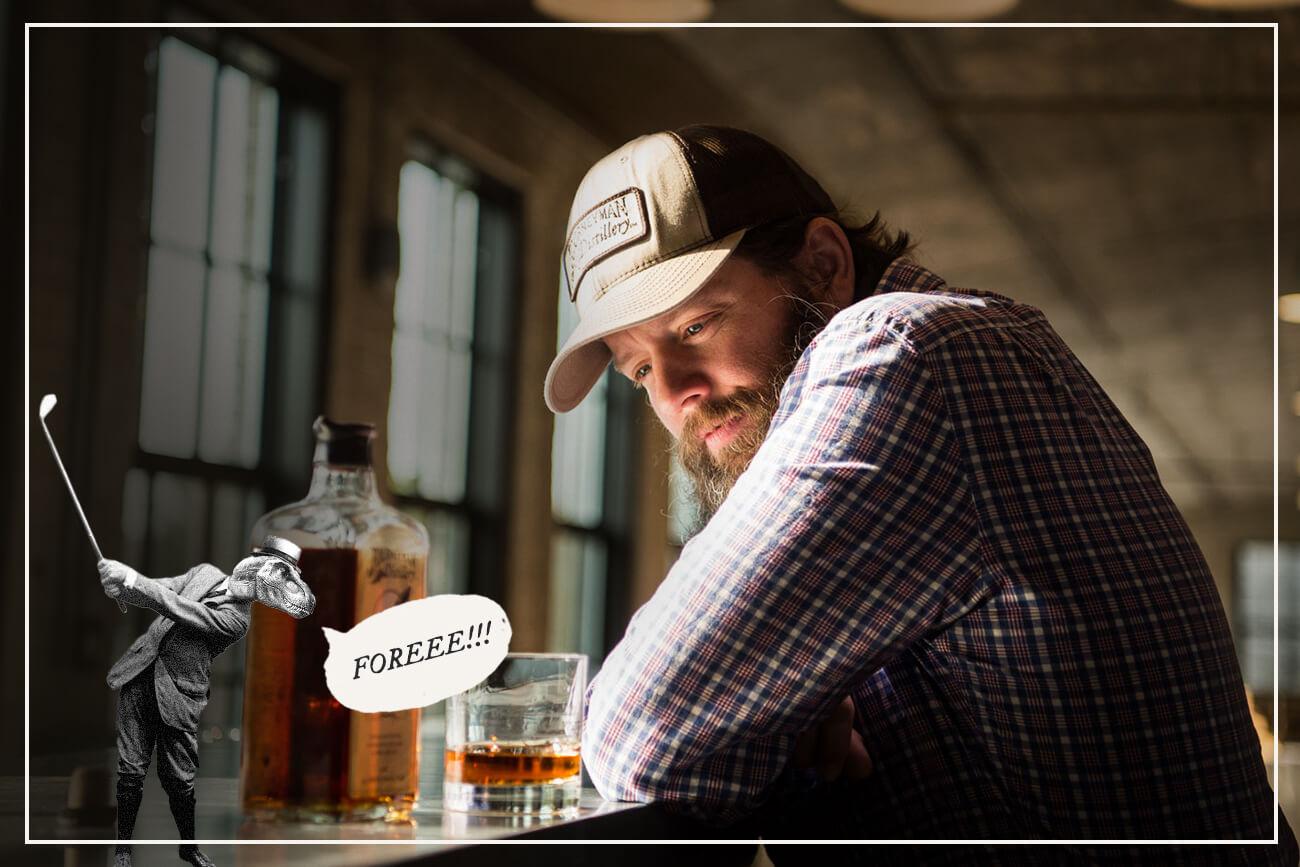 Greg schooled Bill on the nuances of his favorite dram and the two became fast friends. They parted ways in 2001—Bill went on to help run the family business back in the States while Greg turned the family farm in Australia into Nant Distillery.

“After a few years, our family business was unexpectedly sold. So, I started thinking about the idea of distilling and educating myself about Whisky. In January 2010, I traveled to Tasmania and worked at Greg’s distillery along with several others with the idea that I was going to open one in the U.S. I wanted to get an education on how to manufacture distilled spirits.”

After a few years, our family business was unexpectedly sold. So, I started thinking about the idea of distilling and educating myself about Whisky.

Not long thereafter, Journeyman Distillery was born in the old Warren Historic Featherbone Factory in Three Oaks, Michigan—a building that was once used to produce corsets and… whips (the whips were for buggy drivers—ahem). But the history behind the distillery’s name is decidedly different. 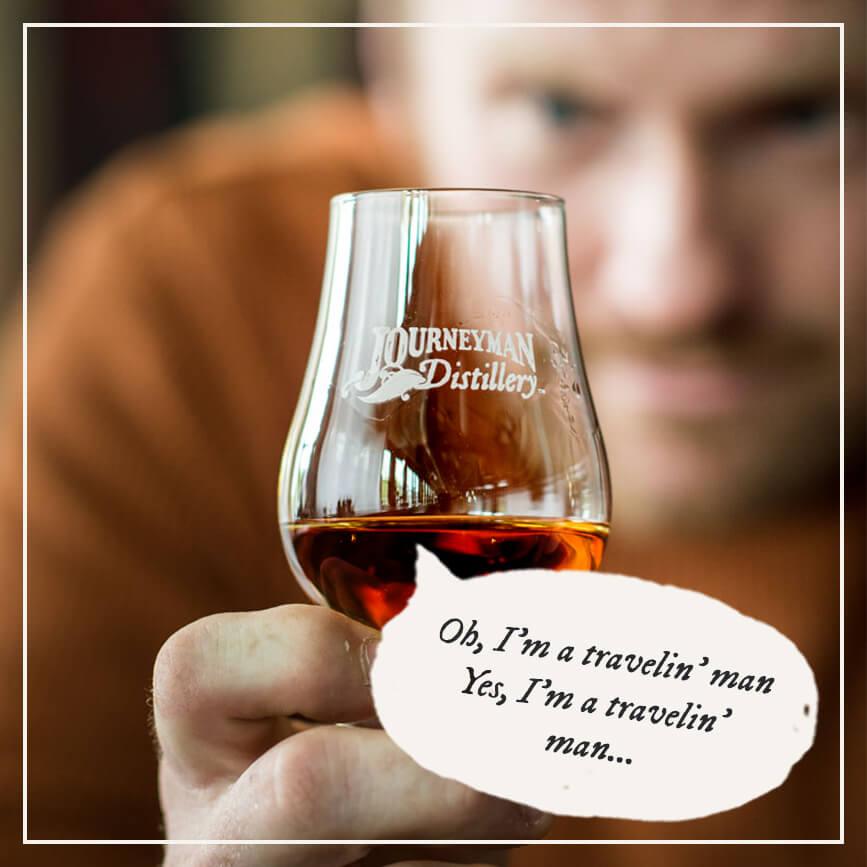 “The name ‘Journeyman’—one, obviously, I traveled to Scotland and then to Tasmania, where I learned how to distill. So, it has a lot to do with the travel aspect. The second part of it involves the sale of the family business. It was unexpected. I had made a commitment to work in the family business as a third generation, but after it was sold, I had to think about what my next step would be."

"So, for me, it has a lot to do with the idea that life is a journey. Life has many twists and turns and we can all relate to that. One minute you’re in the family business, and next you’re trying to figure out what kind of business you’ll start.”

Life has many twists and turns and we can all relate to that. One minute you’re in the family business, and next you’re trying to figure out what kind of business you’ll start.

Today, the distillery’s got their hands full. Journeyman is producing nearly 20 products, although not all of them are in distribution. And they run all their spirits through the Midwest Organic Services Association (MOSA), who ensures that they’re meeting some pretty strict standards—which includes making sure that their organic grain comes from certified growers. 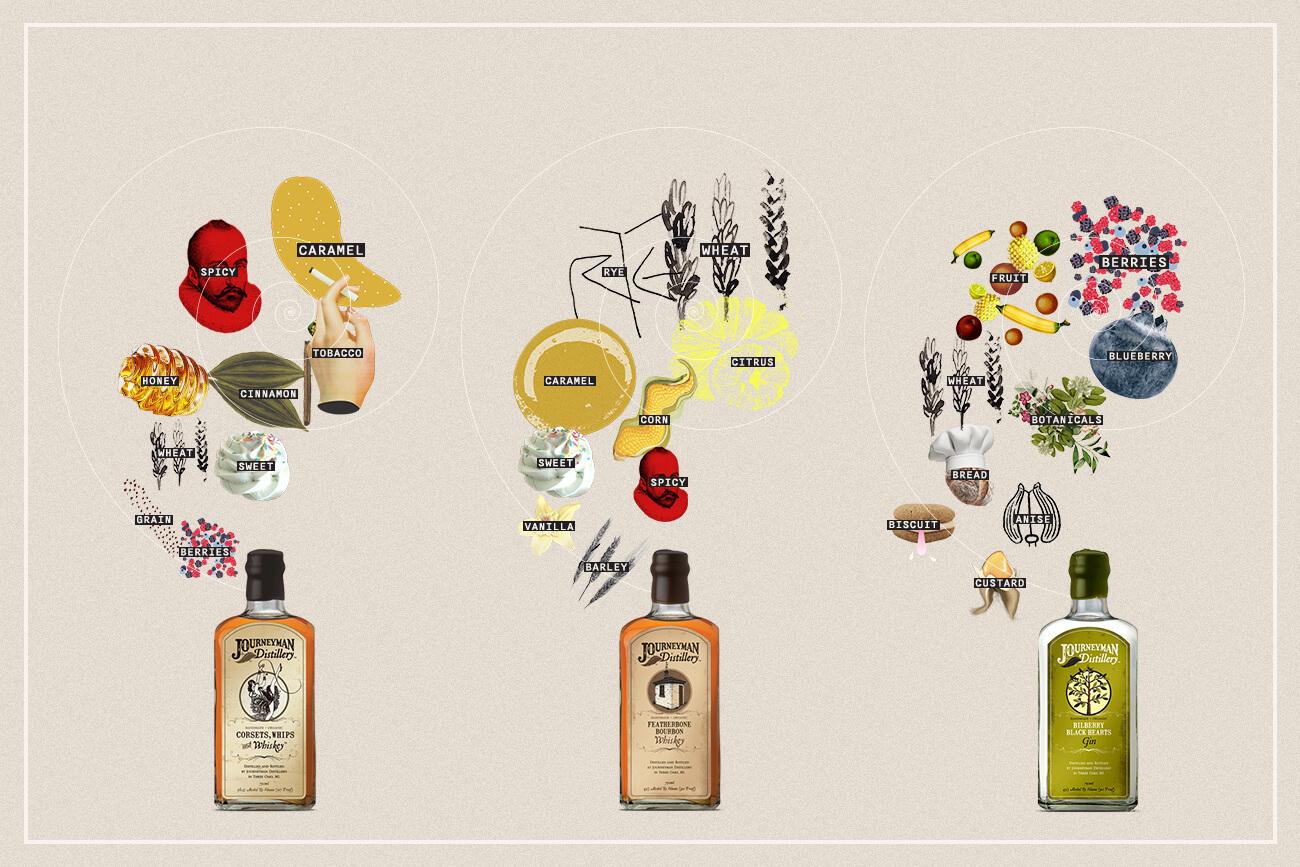 “It was the first product that we made, so it’s kind of like your first baby—there’s something very special about it. I think it’s our best Whiskey. When you start a craft distillery, you’re not looking to replicate what’s been done in the past, you’re looking to put your own stamp on it. When we were starting, almost all rye in the market was from a distillery in Indiana with 95% rye mash bill."

When you start a craft distillery, you’re not looking to replicate what’s been done in the past, you’re looking to put your own stamp on it.

"But we wanted to come up with our own recipe. We thought that wheat really balances out with rye, so ours is 60% rye and 40% wheat. Very approachable to all drinkers—many novice Whiskey drinkers like our Rye for that. At the same time, many experts like the uniqueness of our mash bill and the combination of the two grains. The fact that we make it like this—using water from Three Oaks and barrels from Minnesota—contributes to its unique flavor.”

Sounds great. Onto the Bourbon.

Journeyman’s Bourbon has a classic vanilla aroma and sweetness, with a touch of malt, spice and tobacco thrown in for good measure. It’s a smooth drinker. Turns out, that has a little something to do with the water up in Three Oaks.

“Three Oaks is a village, a very small community. It’s not required to treat their water, so there’s no chlorination and the water comes out of an aquifer. We’re getting this wonderful natural resource of water right out of the ground. I think it goes nicely with our organic mantra—we really wanted a certified organic and kosher product." 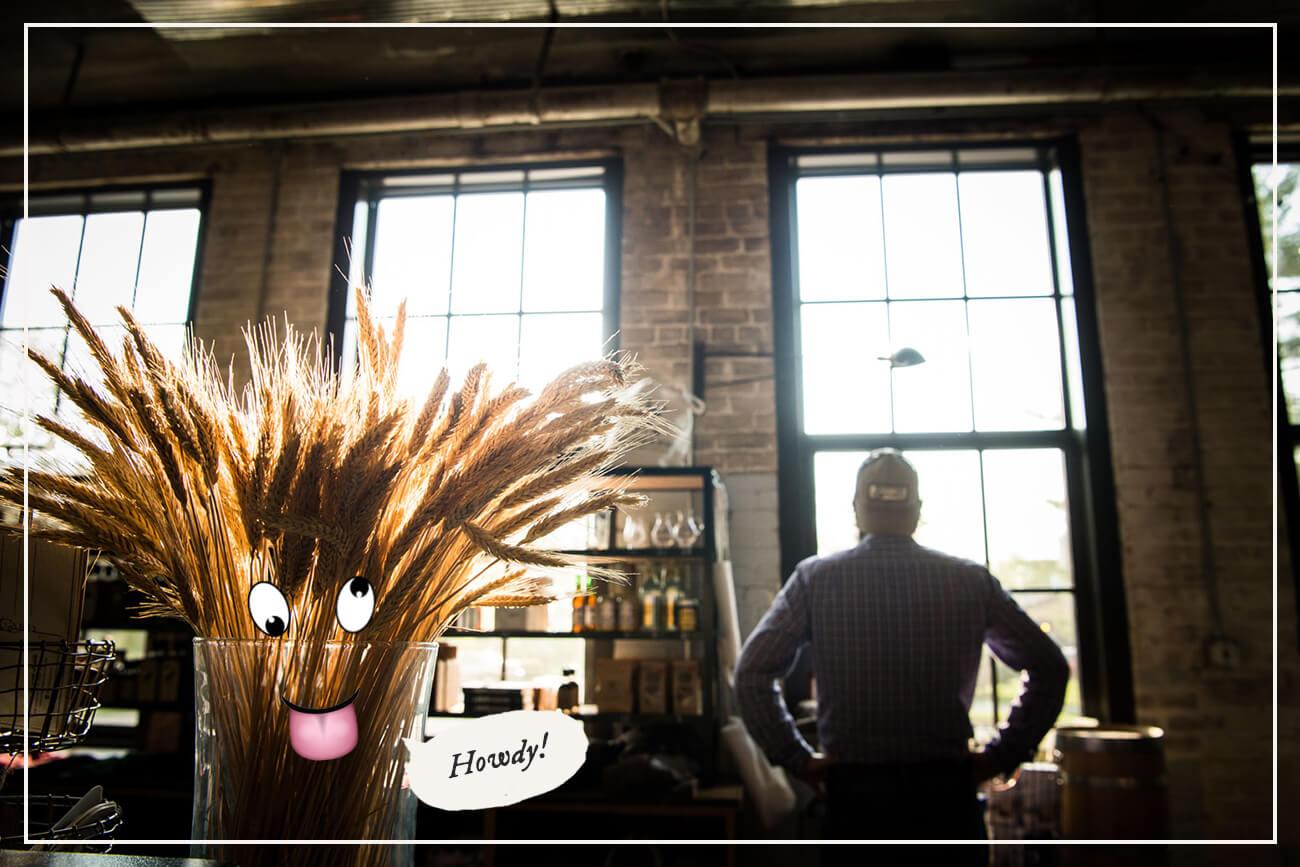 "The mash bill of our Bourbon is 70% white corn from a farm in Marvin and 20% winter wheat. We fell in love with the wheat grain and how it’s distilled. And just to add a little depth and complexity, the remaining component is rye. I believe this combination provides a very unique flavor profile.”

A match made in mash heaven

Turns out, Whiskey’s a pretty great aphrodisiac—Journeyman Distillery hosted over 82 weddings last year. And they’re building a third venue to keep up with demand.

“Walking in here is like stepping back in time. We have a full-service restaurant on site with a great chef and a bar with a craft cocktail program. People love the authenticity—they feel like they’re part of the [distilling] process. They can smell it, feel it, hear it, see it. It’s a wonderful wedding venue choice.”

Not surprisingly, Bill married at the distillery as well.

What’s in Journeyman’s future? Plenty of time on the green.

“The focus is on building a giant putting green behind the distillery, similar to St. Andrews’ Himalayas. It’ll be a place for families to come out and do a fun distillery day. But my love of golf also plays a big part in it. We’re tying it all together with Scotland, where it all started.”