What’s the Most Storied Scotch Whisky Brand in the World up To? Let’s Find Out. 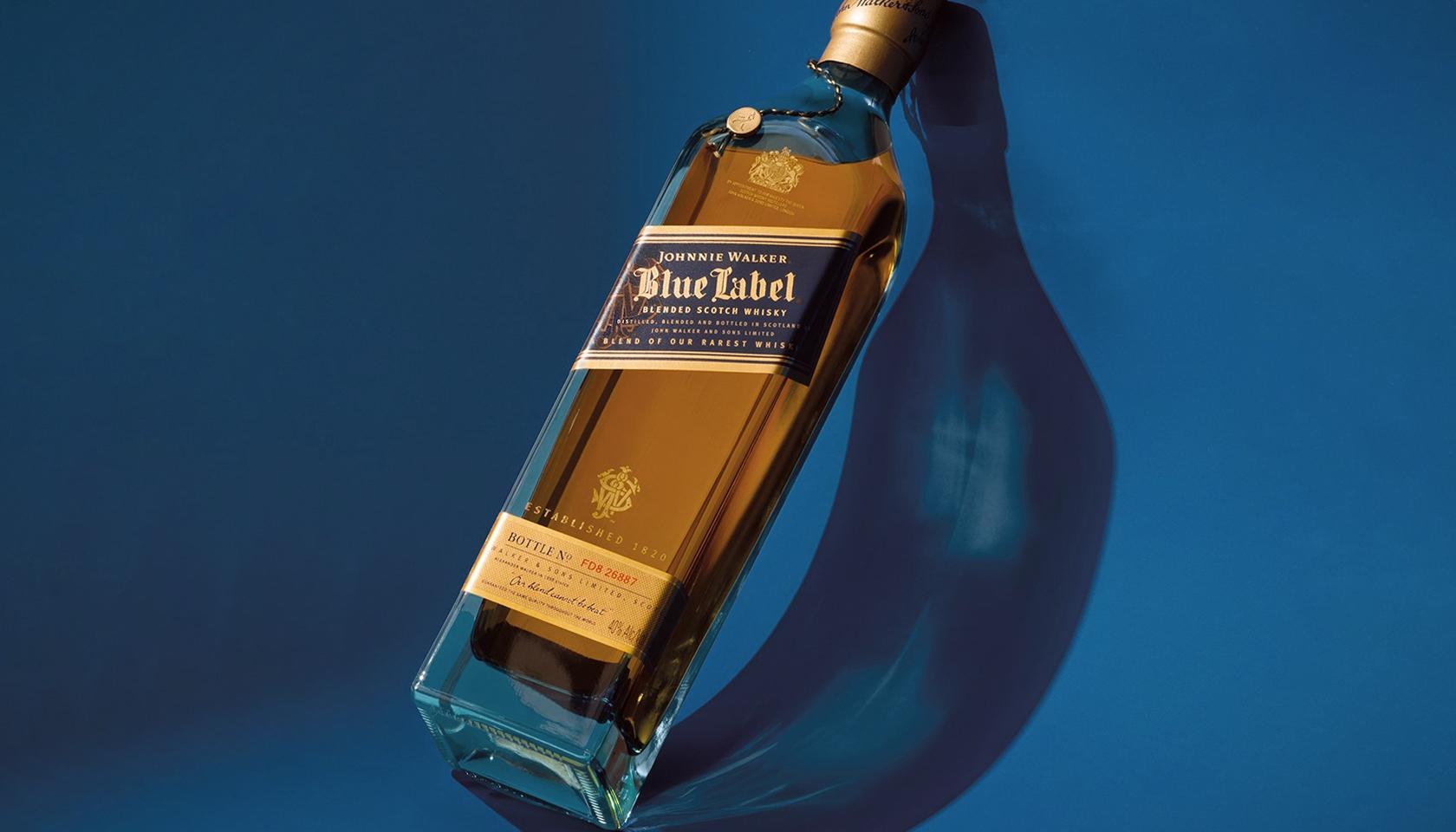 “Pay no attention to the man behind the curtain…” Except, this isn’t Oz. And when you’re granted the opportunity to go behind the scenes with one of the biggest Scotch Whisky brands in the world, well, that’s just an offer you can’t refuse.

Enter: Ewan Morgan, Whisky Ambassador for Johnnie Walker. Ewan had the incredibly good fortune of growing up at a Whiskey distillery in Scotland, a background that inspired him to follow a Whisky-laced path leading to spirits education with Diageo in Scotland and in the U.S.

He’s also created high-level education Bar Labs for the trade and worked on innovation projects like the Game of Thrones Single Malt Scotch Whisky Collection. You can say he’s a bit of a Whisky savant. That said, Ewan was the perfect person to chat with us about all things Johnnie Walker — from its humble beginnings in Scotland to some of the innovative projects it has in its future sights. Without further ado...

What’s the most exciting thing about being Whisky Ambassador for Johnnie Walker? Any fun anecdotes you’re willing to share?

Ewan: The most exciting thing is talking to people who don’t know much about Scotch Whisky or Whisky in general and showing them how to nose and taste correctly. I love watching that lightbulb moment when they find something they love about it.

As for fun anecdotes, that’s a tough one — there are so many! I’ve conducted some fun tastings and worked with celebrities on-set for their films. I also do virtual tastings for Whisky clubs quite frequently!

If you could have one superpower, what would it be?
Time travel. I'd love to go back and talk to some of the world's more interesting characters including John and Alexander Walker.

How would you describe Johnnie Walker in three words?
Complex, consistent and delicious.

What is your favorite music and what drink goes with it?
I like many styles of music and don’t have a favorite as it depends on my mood. That said, a dram of Blue Label on ice with some Johnny Cash sounds pretty good!

What would you eat and drink for your last supper?
As a proud Scot, I’m duty-bound to say haggis but I also love Asian food. I’ve made Dan Dan noodles and replaced the spicy pork with the lovely spicy lamb of haggis. I’d drink a Blue Label Old Fashioned with a half-ounce of Lagavulin for smoke and a spritz of flamed orange oil.

Who was Johnnie Walker? How did he end up producing the most widely known Scotch?

We know from John Walker’s first inventory that he sold a broad range of items in the shop’s earliest days including Whiskies, teas, spices, Gins, Brandy, and Rums — all showing his fascination with flavor.

He noticed that many of the Single Malts he sold were often inconsistent. That’s what drove his experiments with flavor. It was in pursuit of smoother, richer, and consistent Scotch. John started blending some of these Whiskies and after his death, his son Alexander — and later, his grandsons — took this forward. They began bringing Single Malts and grain Whiskies together and were part of a movement in Whisky that paved the way for the world of modern blended Scotch Whisky.

Today, Johnnie Walker is the world’s number one Scotch Whisky brand and enjoyed by people in over 180 countries.

Tell us more about Johnnie Walker as a brand and a product.

Ewan: Johnnie Walker is the world’s number one Scotch Whisky brand, enjoyed by people in over 180 countries around the world.

Six generations of skilled Master Blenders have pioneered and crafted bold new flavors that have transformed a small Scottish grocery store business that was founded in 1820 into an international Whisky business selling stylish, authentic, and iconic blends.

I love watching that lightbulb moment when they find something they love about it.

In 1857 at the age of 20, John Walker’s son Alexander Walker took over the family business. This was the same time the square bottle and famous slanted label were introduced, along with the first three commercial blends bearing the name “John Walker & Sons.” These Old Highland Blends went on to propel the brand forward and created one of the first true globally recognized brands.

Johnnie Walker Blue Label is a universally known ultra-luxury Whisky. What’s its history? What makes it so special?

Ewan: We have over 10 million barrels slowly maturing in our warehouses in Scotland, some from lost distilleries that have closed and will never make Whisky again and some that are very old that show exemplary character and complexity.

Can you tell us a bit about the flavor profile of Johnnie Walker Blue Label?

Ewan: Johnnie Walker Blue Label offers a soft and mellow body with sherry, honey, and vanilla notes. The Whisky builds with intense peatiness and finishes with dark chocolate. The finish is luxuriously long, which showcases the Whisky's trademark smokiness. What are some good food and spirit pairing options for Johnnie Walker Blue Label?

Ewan: Johnnie Walker Blue Label pairs perfectly with dark chocolate thanks to the richness and smokiness of the Whisky mixing with the wonderful fruity bitterness in the chocolate.

How have you seen Scotch Whisky change through the span of your career?

Ewan: Innovation is driving Scotch now. We’re focusing on offering new and exciting flavors along with products that reach a wider audience — all while staying true to the time-honored traditions of making high-quality, luxury Whisky. Flaviar: What do you see coming up for Scotch Whisky in the future, especially non-age-statement (NAS) and blended Scotch?

Ewan: I can see Scotches being developed to specifically work in long drinks or cocktails, though this isn’t by any means a new idea as Johnnie Walker Red Label was in fact created with this in mind. What does the future hold for Johnnie Walker? Any exciting projects coming up?

Ewan: This summer, we’ll be opening Johnnie Walker Princes Street, a new immersive visitor experience in the heart of Edinburgh. This new destination will help people discover the endless possibilities of Scotch! We’re also opening new Whisky experiences across the four corners of Scotland: at the Cardhu, Glenkinchie, Clynelish and Caol Ila distilleries. Each of these distilleries plays a crucial role in the crafting of Johnnie Walker and also represent a key Whisky making region of Scotland.

*Note: This interview has been edited for clarity and length.