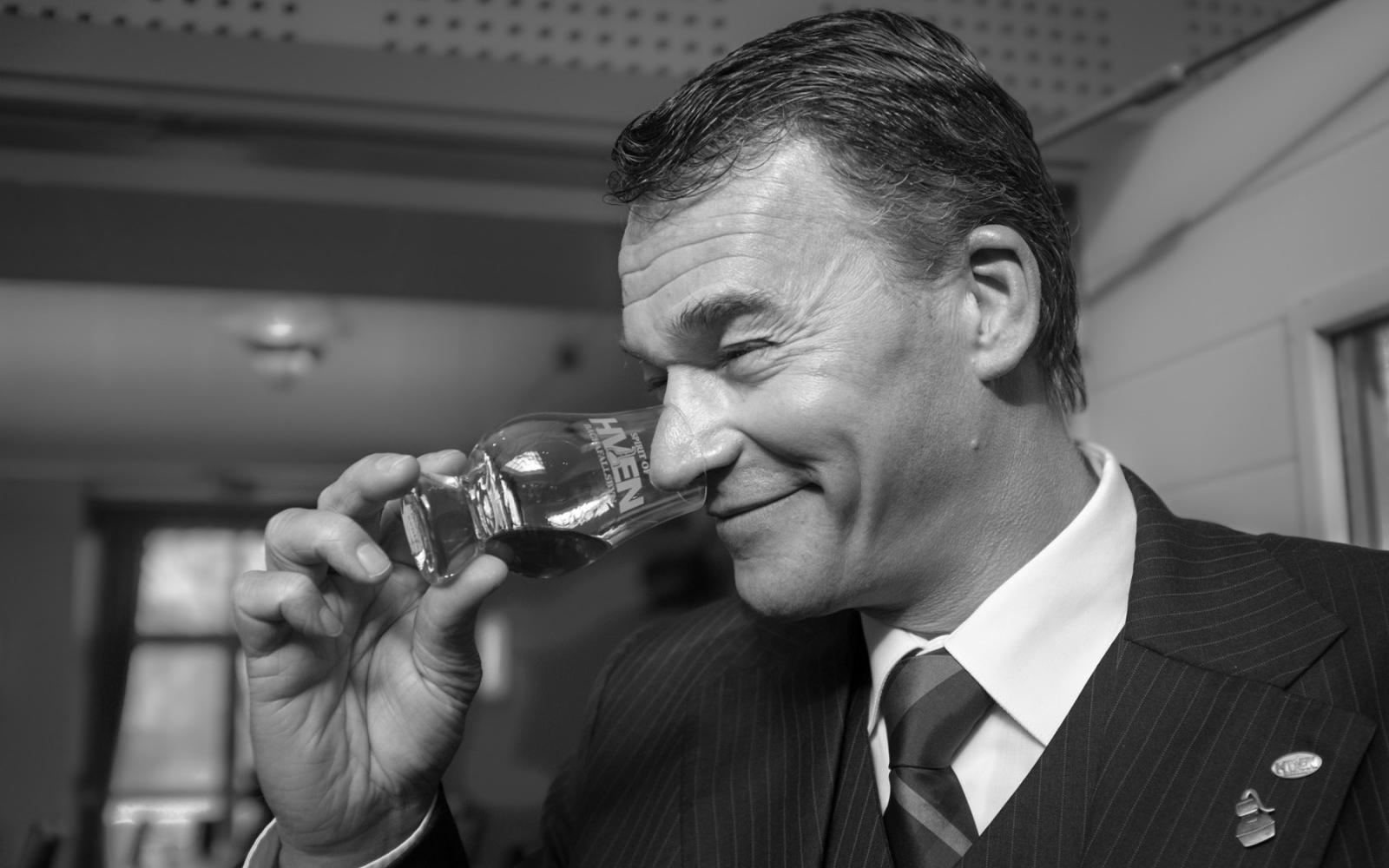 IKEA, meatballs, ABBA, and tons of blonde and tall representatives of the human species are only some of the great things Sweden gave to the world. But even when it comes to Whisky, the country should not be overlooked.

Tiny island of Hven is just a short sail away from the Danish coast. It's home to 371 inhabitants, but also to The Spirit of Hven, mini hotel, restaurant and most importantly distillery, producing organic tipples: Whisky, Vodka, Aquavit, and Gin.

Hven's Master Distiller and owner Henric Mollin is a chemist by profession, especially interested in flavors and after we finished our chat, I just couldn't stop talking about all the amazing things he told me.

1. How would you describe Spirit of Hven Whisky to Dalai Lama?
There are five virtues in Buddhism, the fifth one being not drinking alcohol. Since he wouldn’t be able to taste it, I’d say this is the closest thing to nirvana he will get on Earth.

2. What’s your second favorite Whisky?
Laphroaig 1969 pre 1972 was one of the best in the world - the caramel, the smoke, extremely smooth. There are so many bottles everywhere and I like to try new stuff all the time, so I’m hoping I still have many ahead.

3. As a master distiller, what superpower would you want to have?
The power to heal people. Very altruistic in a way, but I imagine it would also come with the ability to smell what they ate and drank.

4. What’s your favorite music and what drink goes with it?
I like that we actually have different seasons, so I would go with the Spring from Vivaldi’s Four Seasons, paired with our Gin, neat.

5. What would you want to eat and drink for your last supper?
I hope it’s slow food and a long dirk. I love crepes, so it would be crepes with a cup of coffee and a glass of Bourbon, probably one from Buffalo Trace.

How did you get into the spirits industry on the island of Hven?
We started with a kitchen and a restaurant, but we were looking for something that would help us get through the long winter.

I entered the wine business first, wanting to be an enologist, but I realized there were more possibilities in the spirits industry. I’m a chemist by education and this is a good starting point for distilling. 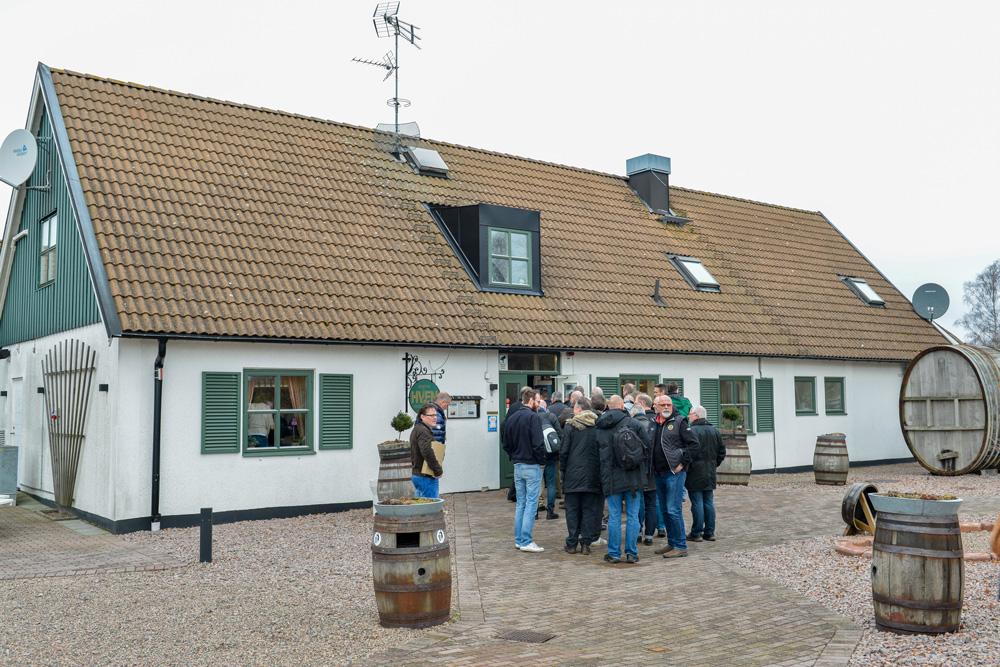 We first started distilling in 2008 and since Whisky takes time to mature, our first products were Aquavit, Vodka and Gin. Now they are 85% of the sales and our Gin is sold to over 30 countries.

Is there a signature flavour profile you’re going for in your distillery?
Wood, mostly oak, influences flavour the most. However, we also have Whiskies matured in fruit tree barrels, since we’re not required to strictly use oak. Even within oak, there are many possibilities: out of 300 oak varieties around 50 are suitable to age Whisky.

There's also a significant terroir difference between different oaks, even if the trees grow just a few hundred meters apart. 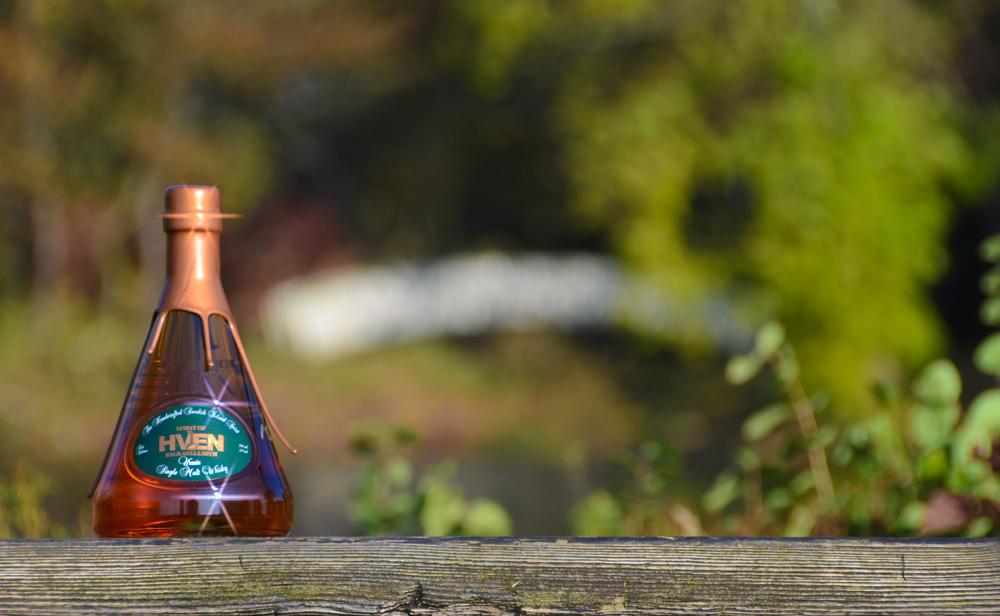 I like to work with barrels that held Bourbon, but most of it is genetically modified, so we oak matured our Vodka and then used the casks for maturing Gin and Whisky.

We also experimented with a cask that previously held red wine. It was completely organic, the grapes coming from a small vineyard we have here on the island, but the wine is usually used for distilling into Eau de Vie.

Not only that you’re producing your own spirits, you’re also doing lab analysis for others and create scents for your clients. It's safe to say you're an expert of flavours and aromas. Can you share some interesting facts about what you do?
We set up our own lab equipment and we provide chemical lab services to many major global brands. Scent and taste are fun things and I enjoy finding ways of using them in a way that brings more texture to the products.

An interesting thing about the smell is that we can actually calculate the scent without smelling it. That’s how they also know what the smell is like on Mars, for instance. It also means we could manufacture the molecules for a certain smell. And this is one thing we do for our clients.

We’re making new car smell for car manufacturers. This smell partly comes from components removed from Aquavit.
I was trained in Scotland and I’ve learned there about removing unwanted residues from our spirits. With our knowledge about flavours and scents, we can then use these components to create other smells.

We’re making new car smell for car manufacturers. This smell partly comes from components removed from Aquavit and the end result includes caraway or dill, orange peels, wormwood, and minty notes. Mint is one of those that we associate with freshness. There’s also a component of leather smell that comes from phenols of Whisky production. 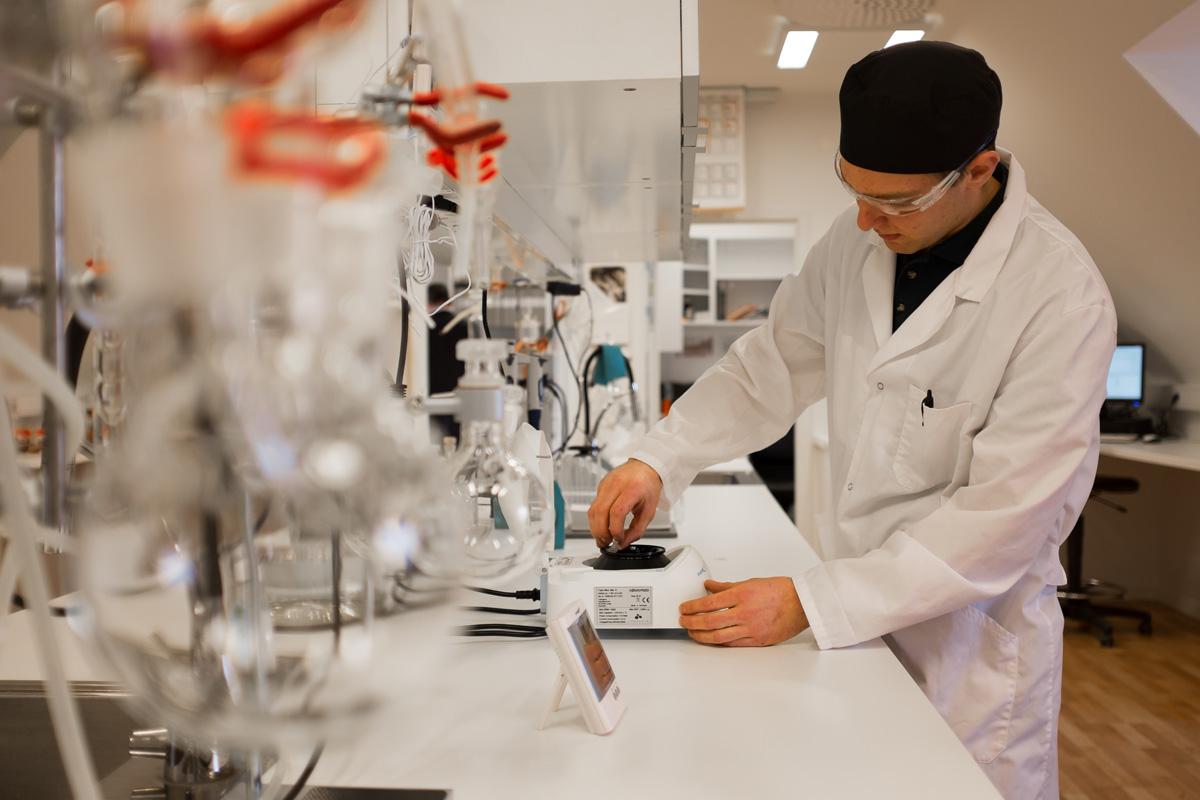 Another example is the smell that we produce for a shirt manufacturer; we take one of the Gin residues to create a citric scent with a hint of coconut. Citric is generally associated with cleanliness and smells like coconut or vanilla convey softness. Their shirt sales went 80% since they’ve started using it, that’s how important the smell is.

Interesting thing about the smell is that we can actually calculate the scent without smelling it. That’s how they also know what the smell is like on Mars, for instance.

What’s your reaction to people who say Whisky can only be made in Scotland?
Scotland is the cradle of Whisky. I believe the Irish have been distilling longer than the Scots, but being more economical, Scots stored it and discovered it makes it even better. There’s no doubt they started before us, but that being said, I think we can still do equally good or even better product.

We produce small volumes and have the opportunity to try new things.

What are the plans for Spirit of Hven distillery in the future?
Always picking up new machines for laboratory, we’re installing new distillation column in the fall for cold distillation, we can also extract some part that can be used for other products, casked enhanced – also vodka, will see more and more of it. Really think that will be the future of Whisky.

This can only mean one thing; many more exciting flavours we'll get to try. The future it bright.