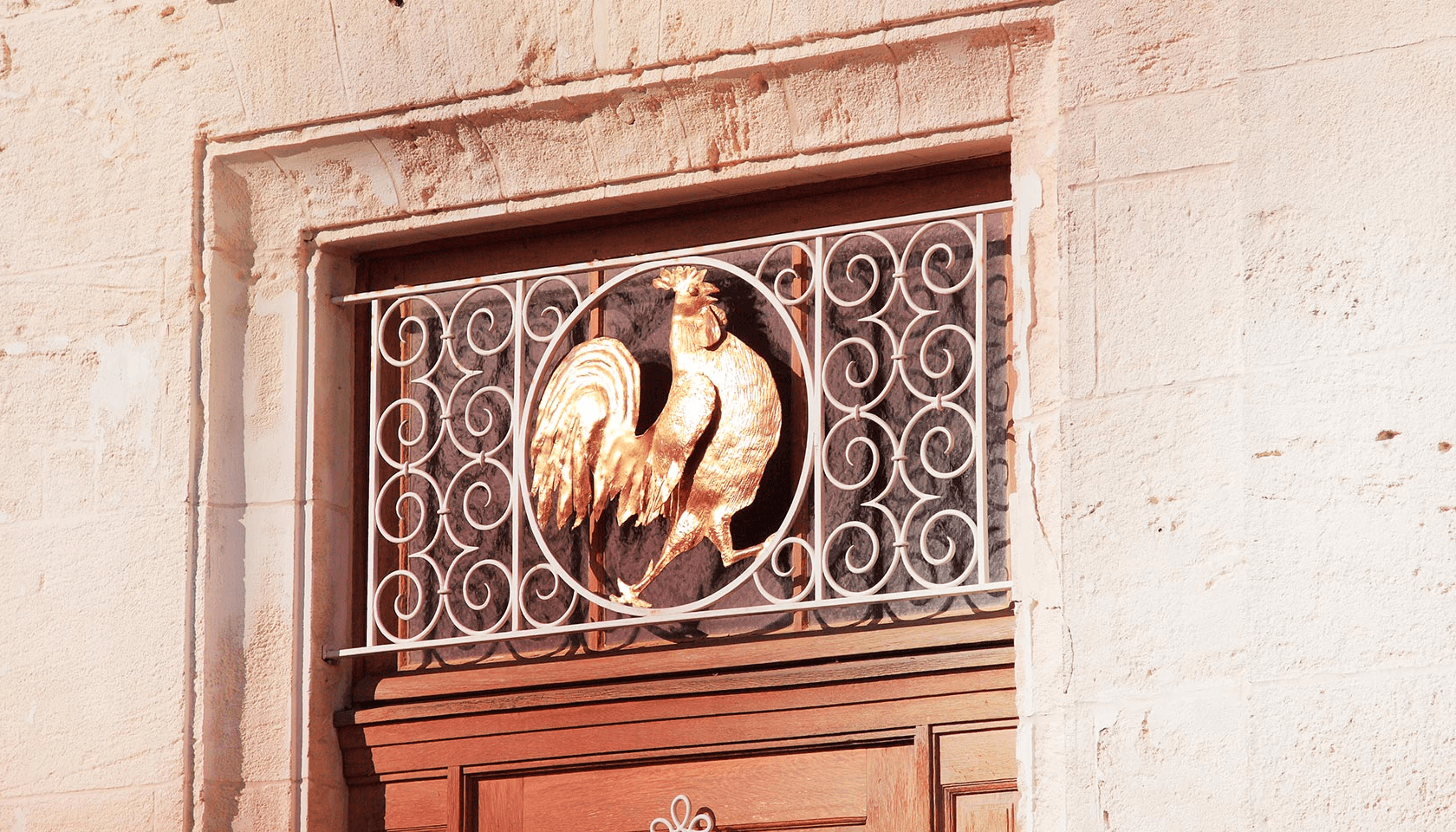 With all due respect to L.L. Cool J’s feelings on the topic, we’re going to call it: Cognac’s making a comeback. And cocktail menus are taking notice. Finally.
Guess who’s not surprised? If you ventured to say, Benedicte Hardy, well, great. Our work is done here. …. But unless you’re a die-hard Cognac fan, chances are, you may not be familiar with the woman who walked away from a career as a maritime lawyer to head up Cognac powerhouse Hardy. And with five generations of Cognac makers coursing through her blood, it’s safe to say she knows her eau de vie.

That makes her the perfect candidate for a Flaviar Times chat on the past, present and future of Cognac, and what makes A. Hardy standout from the rest of the ‘gnac. 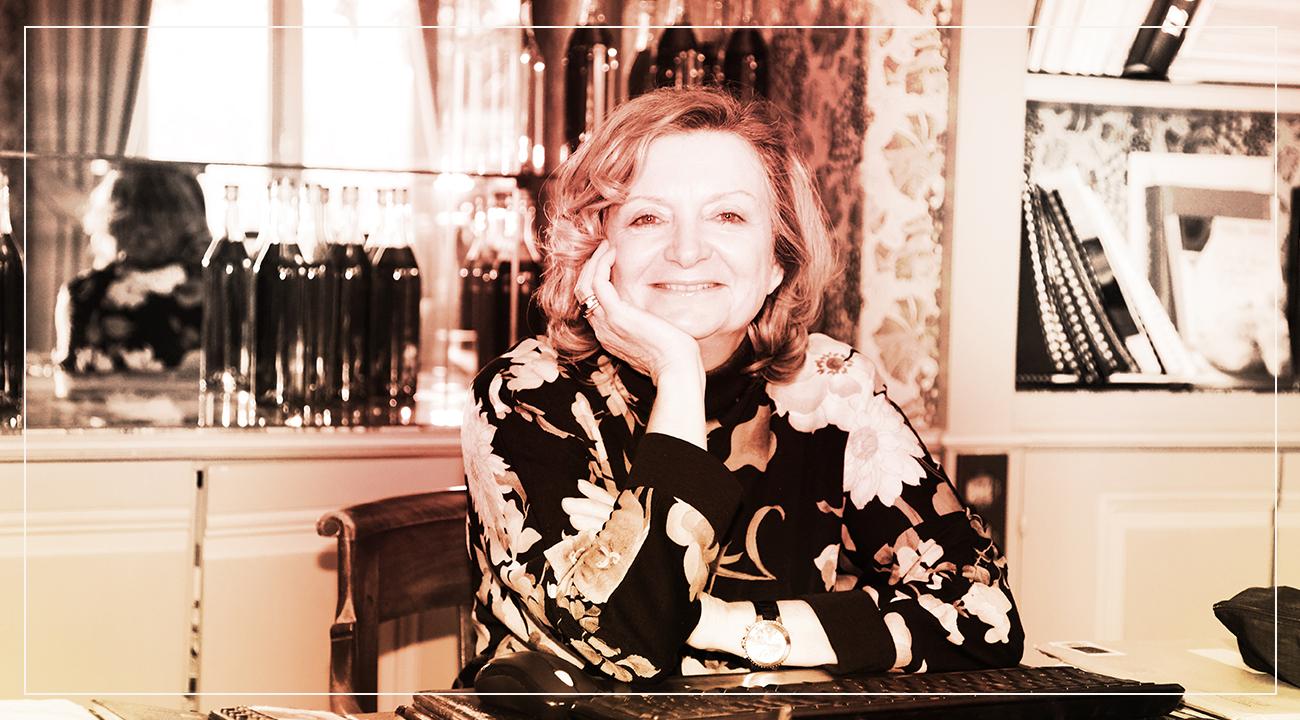 You chose Geneva over New York and Columbia University for the skiing. Is that actually true?

Benedicte: That's the truth. I studied law and political sciences at Sciences Po, which is the one in Bordeaux. After that, I decided that maybe it was time to change and consider something else. I wanted to become an international lawyer. And what motivated me at the time was international law — maritime law.

A few places at the time, we’re talking 35 years ago or more, were really into those kinds of programs. So because my feelings for the United States were strong, I said, "why not go to the United States?"

The first experience that I had there was trying to get on the subway with my dad. The cops stopped us and said, "Where do you think you're going?" And I said, "Well, going to take the subway." And he looked at me and he said, "You want to be mugged, drugged, robbed, or whatever?" And it was a shock for me — an awakening. And even though I was very tempted to live in New York, my father was not exactly thrilled to leave me behind in those kind of conditions.


Tell us more about Hardy.

Benedicte: The company started in 1863 with a gentleman from England named Anthony Hardy, but that became Antoine Hardy when he came to France. He had decided to stop doing what he was doing, which was mostly being a Wine merchant in London. And that's what we know. We're not exactly sure if he was only in London. It’s a little vague because we lost some of the history of the company to many floods and other things.

My grandfather, Armand, was really the one who gave the company its first international push.
At the time, famous people were already starting to promote Cognac. So he learned the trade, and then started his business. We think he arrived in the Cognac region in the 1850s and started his company in 1863. No question that he was in love with this region, started a family and decided that he wanted to do that for the rest of his life.

He learned and he loved what he was doing. His son, Valère didn't live a very long life. So my grandfather, Armand, was really the one who gave the company its first international push. Armand lived through two wars. He was lucky enough to come back from World War I unharmed.

And really, what is interesting, he had a soul of a collector. So he started to put aside some eau-de-vies that he found exceptional for their years, for their quality, for their flavors. As part of having this business, he started his own collection. But he stopped his collection in 1940, when Cognac was invaded by the Germans. 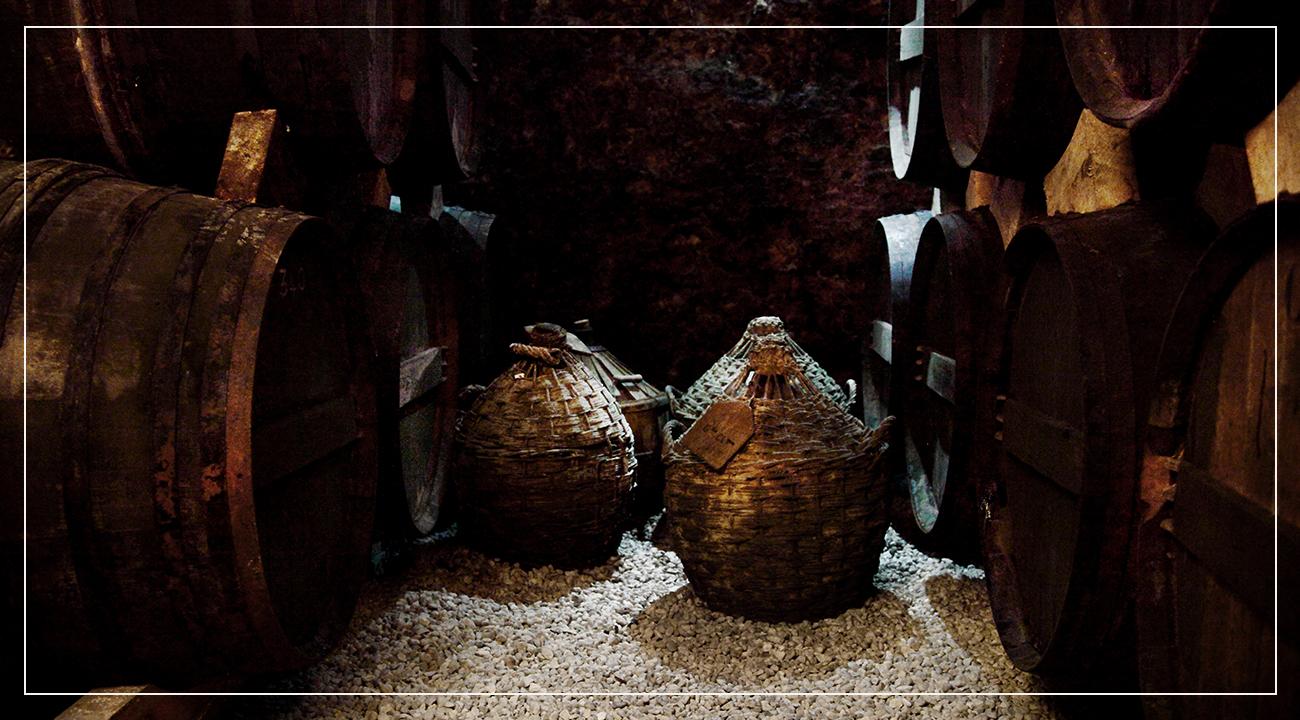 After the war, you basically had to start from scratch again. Imagine that after 1945, 1946. The only good thing that happened is that the Bureau Nationale du Cognac, which is the organization that really protects the appellation, helped rebuild the region.

The Bureau Nationale exists today, of course, and if my memory is correct, was founded in 1946. My grandfather, Armand, helped a lot, because he spoke German at the time during the occupation. And he was like a right-hand man for the mayor at the time, who didn't speak German.

My grandfather had six children. Out of six children, four were involved in the business, and my father, Jacques, became the president of the company. Even though it was supposed to be a rotating presidency, he kept it for more than 50 years. He passed in 2006, and now the next generation is me. My sister was involved too, but she went into the wine business.

You’re a fifth generation member of the Hardy family, known for making great Cognac. Was there even a choice not to enter the business?

Benedicte: I didn't want to come back to the business, to be honest with you. Especially when I was 26, studying in Geneva and having the time of my life.

And then he said, "Well, have you ever thought about Cognac?" And I looked at him and I said, "I don't even drink Cognac." And he said, "If you have an interest, I'll teach you." And I said, "Well, let me sleep on it. Let me think." He gave me a week. I came back and I said, "Here are my conditions: I want the United States." Because at the time, it was not really a booming market for Cognac.

1. If you could have one superpower, what would it be?
To stop hunger. I wouldn't want anybody to be hungry again.

2. How would you describe Hardy Cognac in three words?
Feminine, flavorful and exotic.

3. What is your favorite music and what drink goes with it?
Rock and roll or blues with a good sidecar.

4. What would you eat and drink for your last supper?
I would drink a glass of my ancestor’s Cognac, "Perfection," which is a Cognac my great-great-grandfather put aside in 1863 when he started the company. We have 45 bottles left, approximately a little more juice. And I would eat caviar on toast.

5. Assuming Hardy Cognac is your favorite, what's your second favorite Cognac?
I love Delamain. There are many that I like, but Delamain would be my close second and third.
It was a tough market and still is. But at least, as a woman, you could be respected. Can you imagine me in China at the time, or Japan, where any woman that was in the business was forced not to marry or considered an outcast?

Europe was not as advanced, as far as women’s independence, as the United States. I said, "The United States and Canada, that's where I want to start." And my father said, "Okay, that's your choice. But be ready — there is no United States of America for liquor. Fifty states, fifty different laws. Are you ready for that?"

And I said, "Well, I love a challenge. Why not?" And God knows, I made plenty of mistakes. I met people that couldn't be trusted. I cried a lot. But I'm telling you, I have no regrets. I never looked back.

Tell us more about the Hardy Cognac. Has it changed/evolved at all over the years?

Benedicte: Well, of course, Cognac has evolved. The new way of gaining customers and making people understand and appreciate the product is, really, mostly through mixology.

For many years before Prohibition in the U.S., cocktails were made with Cognac. To name a few: French 75, which is today made either with Cognac and Champagne, or Gin and Champagne. Why did it come to Gin? Because with Prohibition, you couldn't find Cognac.

There’s more competition for Cognac now, but it's good, because good Cognac will prevail.
The mixology world is putting Cognac back on the scene— one which it should have never left. We hadn't seen Cognac cocktails for awhile. But if you live in New York, you should go to a place called Dead Rabbit. You’ll see how many cocktails are being made with Cognac, new and old, which is very interesting.

So of course, Cognac has evolved. You know, there are some old movies in France with Jean Gabin, who was one of our French stars in the 50s. He would go to a bar and ask for a "fine à l'eau," which meant "fine Cognac with water." That totally disappeared, because when the Americans liberated France with the English, they brought Scotch Whisky with them.

It’s the reason why France doesn't drink Cognac as much as the United States or other countries. France drinks what? Scotch. Not single malt — Scotch. Because that's what was sold to our parents and grandparents.

But yes, Cognac is back to its roots, which is very interesting. There’s more competition for Cognac now, but it's good, because good Cognac will prevail. I strongly believe that quality will prevail.

Can you talk a little bit about the Hardy Cognac Flavor Profile?

Benedicte: The Hardy profile is definitely feminine — more on the sweeter side. Not because we add sweeteners or anything, but because we age our products longer.

When I hear someone who isn’t a professional in the industry say, "My God, there's no alcohol," or "Oh, this one is more floral," or "This one, as it gets older, has more spice," — this is what I want to hear. I don't want to hear, "My God, your Cognac was a kick in the face." We are the opposite of that. We want to be a concentration of flavors — not a strike of alcohol. 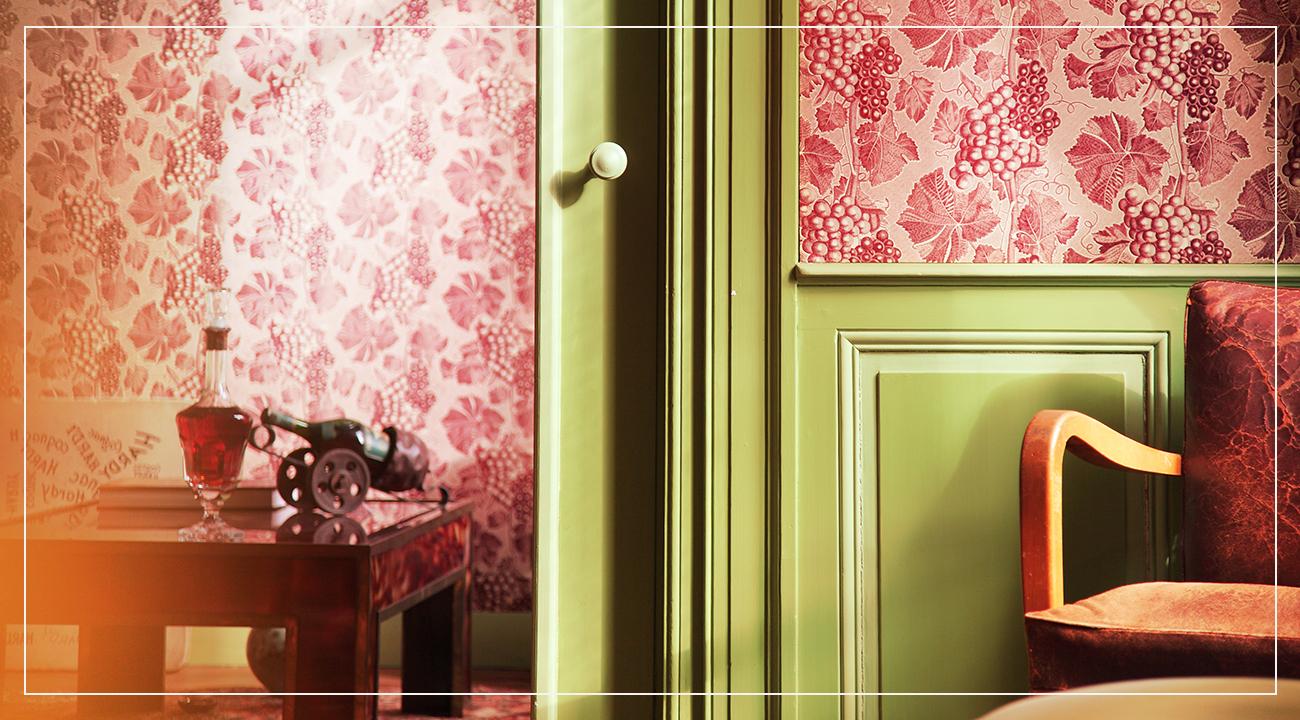 A good Hardy Cognac is the one that has less alcohol and more flavors. This is the profile that our blender defined a long time ago. And our blender, who is only 42 years old, is somebody that perfectly understands what we're looking for.

Benedicte: I love to pair Hardy Cognac VSOP Organic with raw salmon, sushi or sashimi. It's absolutely marvelous. One of my other favorite pairings is with gravlax. It's a recipe from Scandinavia in which they use sugar and dill, and they macerate the fresh salmon or the fresh trout and cut it into small pieces. It's absolutely delicious with a younger Cognac.

For Hardy Cognac XO, I love to use steaks. Peppercorn sauce made with Cognac on steak is marvelous. And so, if you drink an XO, which in our case, is a 20-year-old product, the combination of flavors is exceptional. 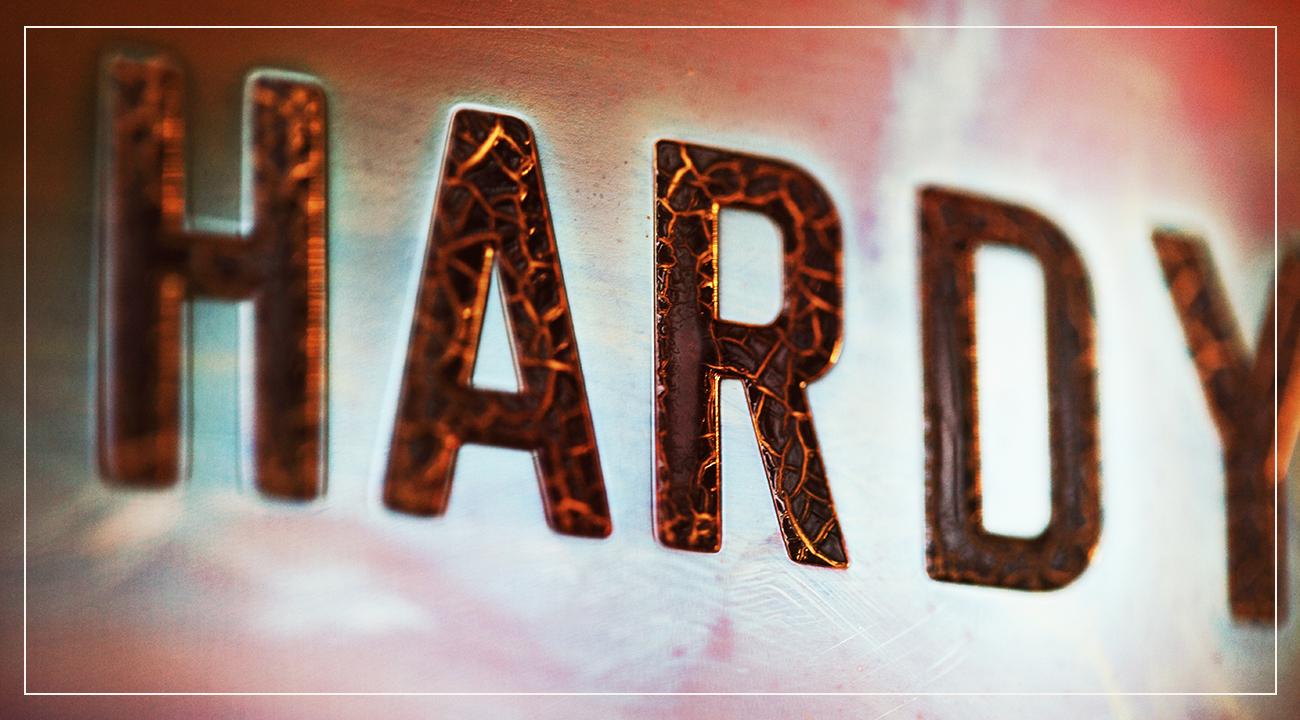 Benedicte: I think there are so many things we can do with young Cognacs in mixology and some of the best mixologists know that. I have discovered that in spite of being raised in a family where mixing Cognac was unusual, I can see that this is the future. We are now living the future.

I believe we can still use the history, the tradition we have when we make the product and still be very innovative in the way we drink it. But not sacrificing that by using bourbon barrels or anything like that. I don't think it should be done. Those are my feelings and not everybody shares them, of course. But it's nice to have opinions that nobody else shares.

This interview has been edited for clarity and length.