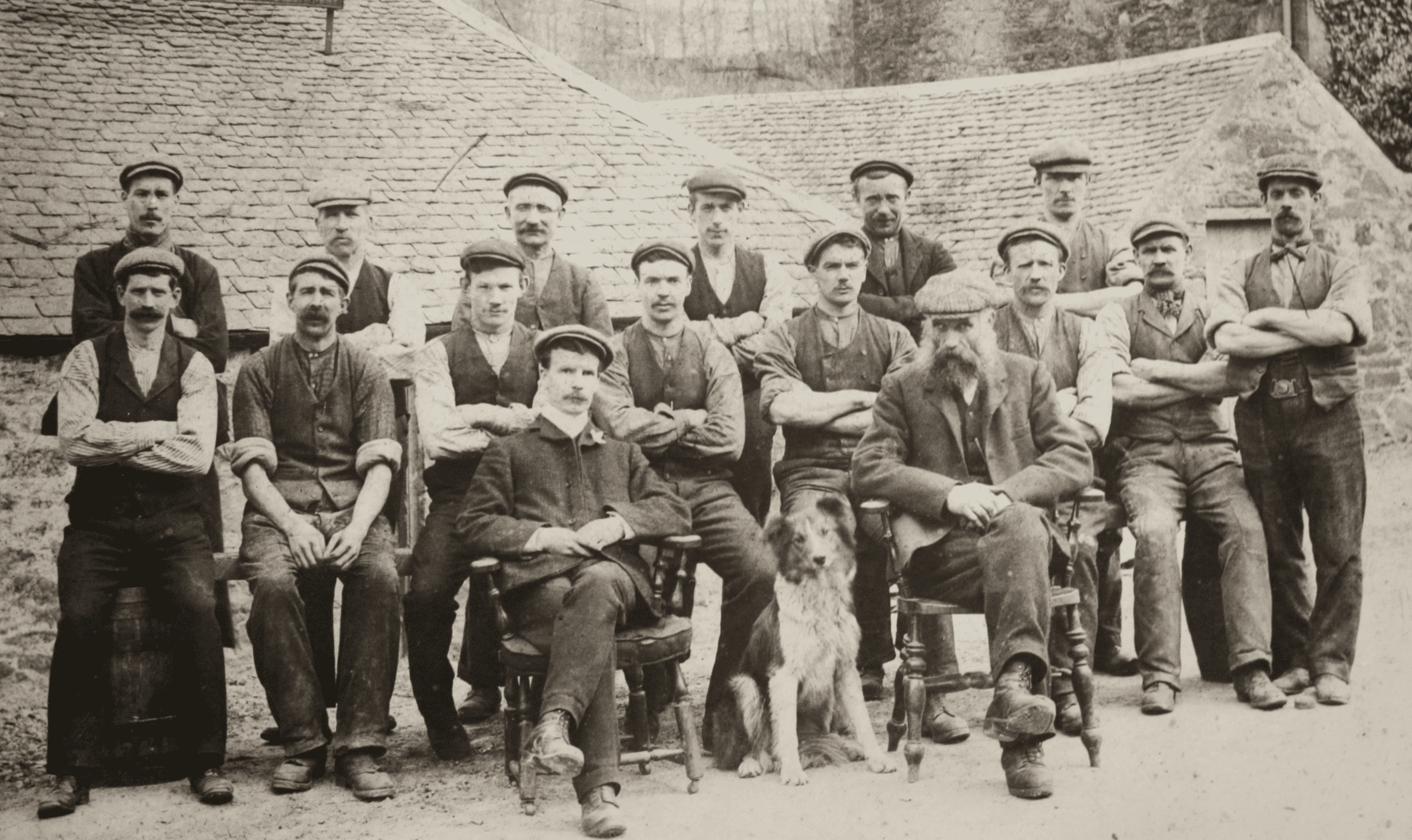 If you’re into Whisky, you’ve probably heard of Glenfarclas. Same with Cognac and Camus, Vodka and Chase, Rum and Bacardi, and so on. Nevertheless, did you know that they’re all family-owned businesses? We chose some companies because we had the pleasure of meeting them in person, others for their recognizability, longevity on the market or for their pure uniqueness.

Family-owned businesses are becoming a rare breed nowadays, especially in the world of spirits. If you’re into spirits, and we’re pretty sure you are, otherwise, you officially got lost on the internetz, you’ve quite possibly heard about some of these brands before – maybe you just didn’t perceive them as family-run.

These companies have their values set in stone, they pass knowledge from generation to generation, and some of them have been in business for more than 250 years. Blood really is thicker than water... Come and meet the family! 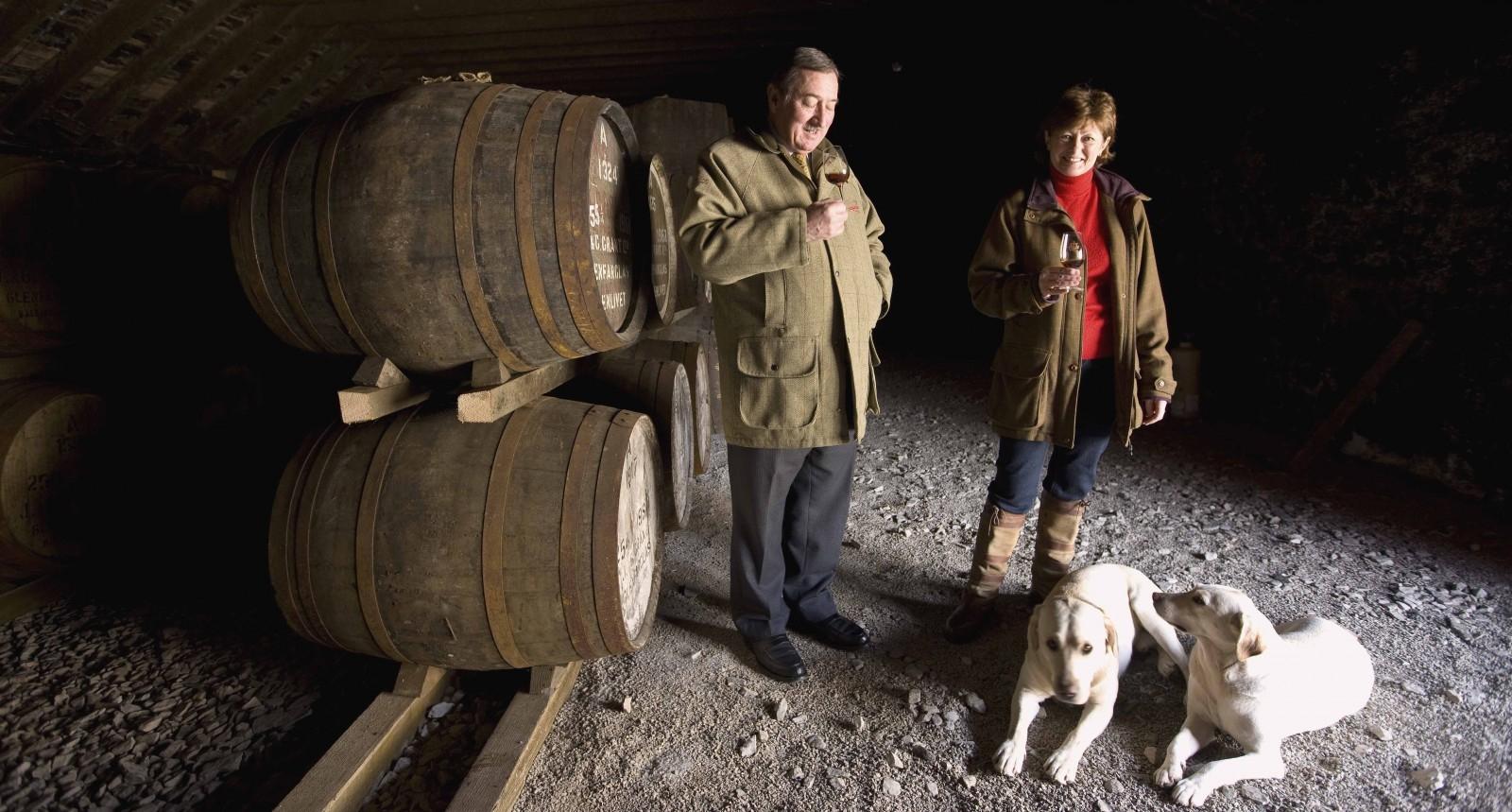 This distillery was first granted a license in 1836, but then John Grant bought it from the tenant farmer Robert Hay in 1865. Hundred and fifty years later, his descendants, the Grants of Glenfarclas, are still proudly running it!

Down the line, it was a mixture of Johns and Georges running the distillery, while never giving leadership to anyone outside the family. Today, John L.S. Grant is the current chairperson and George S. Grant, the director of sales. Now that’s what we call a good heritage! Especially if you consider that the entire distillery was bought for £511.19s.0d in 1865. That’s only $737! Even with inflation, that’s quite a bargain.

Glenfarclas is one of the few remaining independent and family-owned distilleries in Scotland. They produce a range of classic Speyside-style Whiskies with a Sherry influence, all de-li-cious!

In Gaelic, Glenfarclas means “valley of the green grass”, which perfectly describes its Banffshire location.

In 1866, William Grant, along with his family of nine, had saved enough dough to buy some land at Glenfiddich. You like where this is going, do you, Whisky lover? In just one year’s time, they have built the distillery brick by brick and on Christmas 1887, the first spirit ran from the still—and a company was born!

Since their beginning, they stuck to six values, which have shaped the way they work and helped them achieve their vision. Be Proud. Be Responsible. Be Professional. Be Entrepreneurial. Think Long Term. Be Sustainable.

129 years or 5 generations later, William Grant & Sons still remains an independent family business and Grant’s original legacy of creating “the best dram in the valley” now extends to all of their spirits ventures (Balvenie, Grant’s, Glenfiddich, Tullamore D.E.W, Sailor Jerry Rum, Hendrick’s Gin and so on). Today, they remain the largest of the handful of Scotch Whisky distillers remaining in family ownership and the third largest producer of Scotch.

In the second half of the 19th century, Orazio Nonino started distilling Grappa by dragging his mobile still from house to house to distill peasant’s pomace (solids that remain after pressing grapes for wine). In 1897, he established his own distillery in Ronchi di Percoto, Italy.

Roughly 80 years later, in 1973, the fourth generation of Noninos rocked the Grappa world by distilling only the pomace of the Picolit grape in a special copper pot still, thus creating the first single grape Grappa. They had to convince the winemakers to avoid the practice of blending pomace and they paid extra money to have the Picolit separated from the other grapes. The hard work paid off, as they created a very elegant and smooth Grappa that rolls off your tongue as easily as saying “single grape Grappa!”

Today, Grappa Nonino is run by the 5th generation of Noninos. Oh... did we not mention it is run by three women? Antonella, Elisabetta and Cristina Nonino are guiding the company into the 21st century with modern marketing and artisanal equipment and procedures. To provide the best quality Grappa, they only use fresh pomace, collected on the same day when it was pressed. Grappa production at Nonino’s only takes place during the grape harvest season from the end of August to the middle of October and you can taste their dedication and hard work in it; trust us on this one. 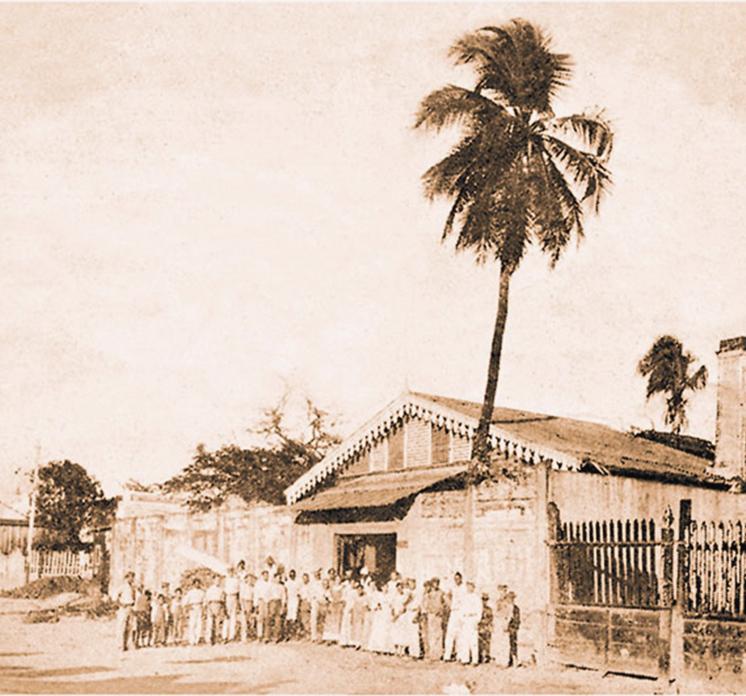 A Spanish wine merchant, Facundo Bacardi Massó, founded Bacardi in 1862. After making the world’s first White Rum, he set up the Santiago de Cuba distillery, where fruit bats liked to hang around, hence the Bacardi bat logo. He entered the business with his sons Emilio, Facundo and José, along with Emilio’s brother-in-law Henri, which was the supposed business genius that transformed Bacardi into the international brand.

Bacardi was originally known for its White Rum, but since their beginning they managed to create a stunning portfolio of more than 200 brands and labels (Dewar’s, Royal Brackla, Bombay Sapphire, Cazadores, Grey Goose, Sidney Frank, 42 Below, and, obviously, many more), making them the largest privately held, family-owned spirits company in the world.

Now, Bacardi is in the hands of the seventh generation, while employing 6,000 people, manufacturing at 29 facilities in 16 markets on four continents. They sell more than 200 million bottles per year in more than 150 countries. Wow. Just… WOW!

The black sheep of Whiskey

This one’s a little bit younger—actually, quite a lot. But does that mean it’s inferior when compared to the other companies we discussed? DON’T YOU EVEN DARE! 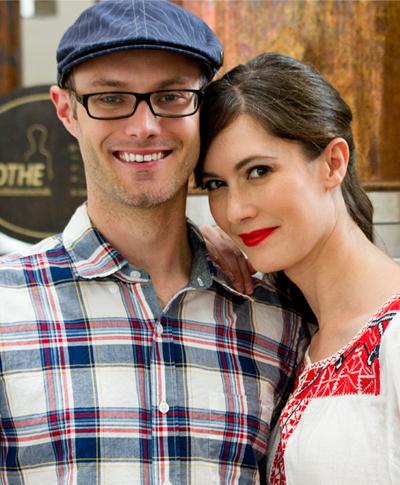 KOVAL was established in 2008 and they produce organic Whiskeys, Gins, Brandies, Vodka and liqueurs in Chicago’s first distillery (mid-1800s). Founders, Robert and Sonat Birnecker, choose to leave their academic careers to bring distilling traditions of Robert’s Austrian family to America. They vowed to make organic spirits from scratch, therefore, avoiding the common practice of purchasing and bottling pre-made spirits, and to change the way people understand Whiskey by creating a new, signature style.

In many Eastern European languages, the name Koval means “blacksmith”, but in Yiddish, it also refers to a “black sheep” or someone who does something out of the ordinary. Sonat’s great-grandfather earned it as his nickname when he surprised his family and moved from Vienna to Chicago in the early 1900s to start a business. Robert’s grandfather, at whose side he learned the art of distilling, was from the Schmid family, meaning “smith” in German. Sonat and Robert chose the name KOVAL to honour both men and to reflect on their own decision to leave their careers to make Whiskey. Pure-bred entrepreneurs!

Potato farmers went bankrupt. They started making crisps and some potatoes were too small to use. What do? Vodka!

It all started with William Chase, a 4th generation farmer from Herefordshire who’s been farming his entire life. In 1996, his family business went under—they went bankrupt but were determined to find a way to start making money again and get back up on their feet. First, they built an extremely successful business with Tyrrell crisps, followed by an even more successful Chase Distillery a few years later.

Chase Vodka has a taste of Herefordshire, so by drinking it, you’re contributing to the land and you’re giving purpose back to the farming community of the region. James Chase, Head Ambassador and William’s son, told us that they “have what every top chef would dream of having.

We grow our own raw ingredients, and we control every part of the process, from the field to the bottle. We give value to the customers because they understand where the product comes from.

Having grown potatoes for 5 generations, the Chase family (William, James, Kate, Harry) know the ins and out, whether in the form of potatoes, crisps or Vodka.

It takes two to tango! Or to make excellent Bourbon...

Heaven Hill Brands is the largest independent family-owned and operated producer and marketer of distilled spirits in America. Family is a guiding principle at Heaven Hill, providing continuity of leadership and consistency of mission in every part of their business. What’s interesting, and different, is that two families – the Shapira’s and the Beam’s – have played a major role in the founding and success of the company.

It all started in 1935 when "Old Heavenhill Springs" distillery was founded by a group of investors and the five Shapira brothers, to produce and market Bourbon and premium American Whiskeys. In 1960, Parker Beam, Heaven Hill Brand's sixth-generation Master Distiller, has started practising his family’s craft of distilling, ageing and selecting some of the world’s best Bourbons. Today, Parker is joined by his son Craig, who works alongside his father in much the same way as Parker did years before with his father, and will replace him in the future and continue his legacy.

Even after all those years, Heaven Hill remains independent and guided by the steady hands of the Shapira family. The company is dedicated to establishing long-term relationships with their customers in order to build strong brands and implement consistent, effective programming. Independence, quality and integrity define Heaven Hill Brands.

In the heart of Cognac region since 1863 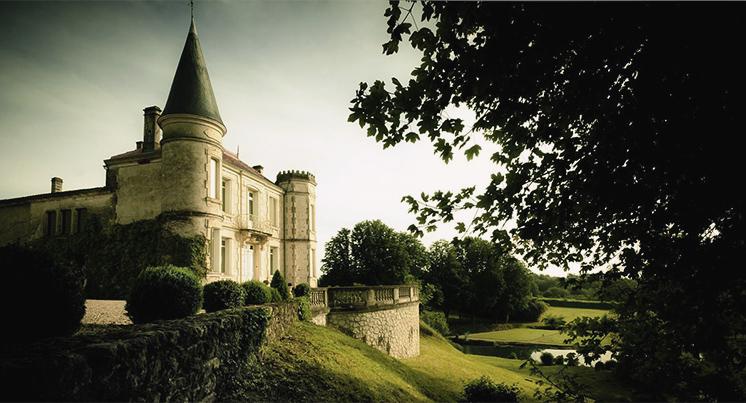 In 1863, Jean-Baptiste Camus organised a group of producers to sell Cognac under the brand ‘La Grande Marque’. Since then, Camus Cognac has continued to be family-owned and is now in the hands of the fifth Camus generation. Today, Cyril Camus heads the company that has 500 employees in eight countries on three continents.

Through the process of handing down experience from father to son, all the generations of Camus family have succeeded in faithfully preserving the brand’s original values, while ensuring the continuity and development of a unique expertise. They regard themselves not only as businessmen but also as winegrowers, explorers and passionate lovers of taste, which really shows in their Cognacs. Oh, and somewhere down the line (in 1910), Camus Cognac became the official Cognac at the court of the Tsar of Russia. That’s kind of a big deal, at least in our books.

Today, the Camus family is one of the largest landowners in the Cognac Borderies appellation—their family home lies right at the heart of the highly sought-after cru. Camus products are sold in most countries in the world, in almost every international airport and on board a large number of airlines. So, no matter where you are, Camus family’s got you covered!

Jose Cuervo has been making Tequila for over 250 years and it all started in 1758. ‘T was the year when King Fernand VI gave some land to José Antonio to plant agave for Tequila production. In the year of 1795, the Tequila production began, as King Carlos IV issued a royal decree in Spain, granting Jose Cuervo the first license to produce and distribute Tequila. This move is widely regarded as the birth of the Tequila industry. 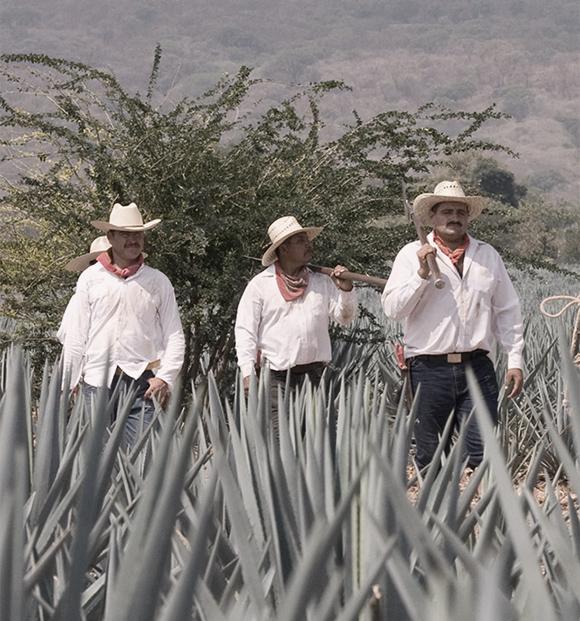 Cuervo was the first distiller to bottle tequila, at a time when other distillers were still using barrels, making it easier to meet the booming demand in Mexico and across the border.

Jose Cuervo has always been family-owned and is run today by the sixth-generation of Cuervo’s direct descendants, the Beckmann family of Mexico. Today it is the best-selling Tequila in the world.