How to Set a GUINNESS WORLD RECORDS™ Title Just by Raising a Glass? 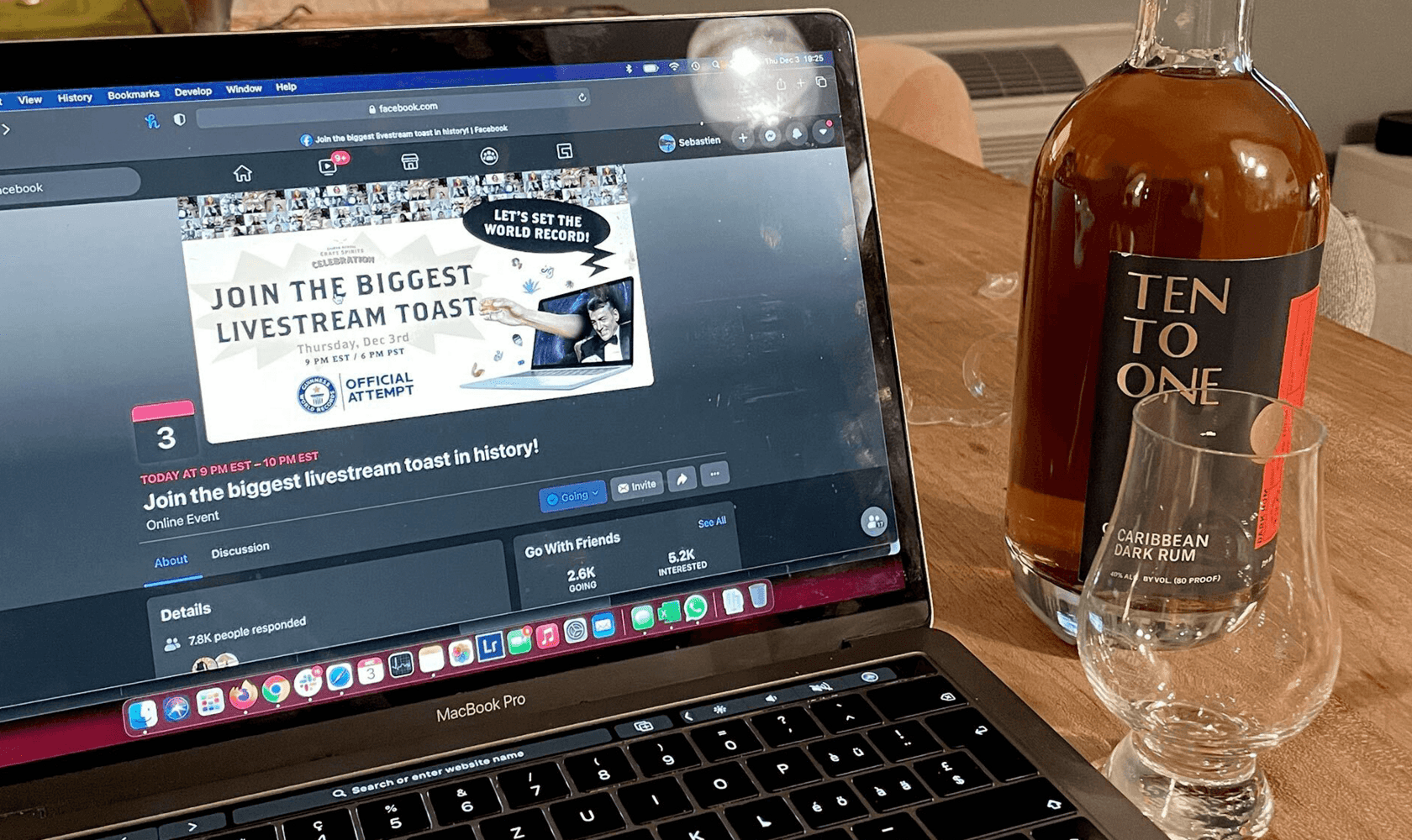 Screw 2020, we’ve just set the GUINNESS WORLD RECORDS™ title for the largest livestream toast, uniting Flaviar’s members and Spirits lovers across the world as they raised a glass to get in the history books.
For the past seven years, Flaviar Members have been gathering in New York for an evening of Craft Spirits Celebration. We were excited to see everyone for the eighth time, but that was unfortunately impossible due to the pandemic.
Here’s to being together and F(&K You 2020!
Instead this year, we hosted a series of virtual events and tastings culminating on December 3rd in the Biggest Virtual Toast - a GUINNESS WORLD RECORDS™ Attempt which we smashed! The official title recognized and recorded by GUINNESS WORLD RECORDS™ is for the most views for a toast livestreamed on YouTube, and that’s exactly what we did. 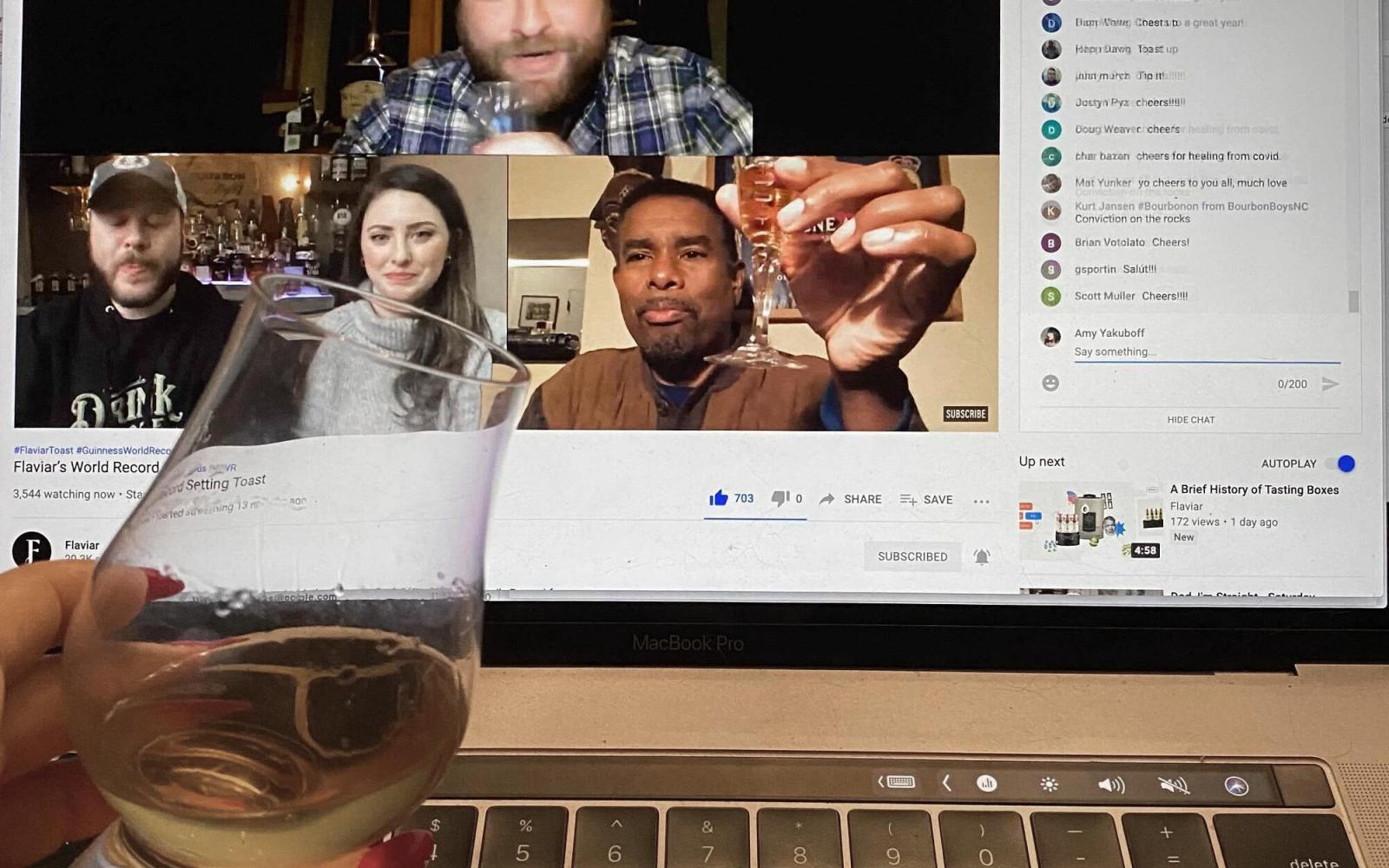 Setting an official World Record is never easy.
The GUINNESS WORLD RECORDS™ Official Adjudicator & Spokesperson, Michael Empric, who attended the event was careful to ensure three key rules were adhered for the attempt to make the record books:
1. The livestream was related to toasting,
2. It lasted at least 10 minutes, and
3. The final total counted was the peak number of concurrent viewers (for a minimum of 10 minutes) of the live stream.
We did it! Together with our members, we made history  - just by raising a glass.
We secured over twice the amount of people needed for the record, with 3,594 officially recorded as tuning in to toast together in a stream that attracted over 8,0000 views, 1,000 likes, and 11,391 comments.

The Guests: Visit from heaven

The toast was hosted by Spirits writer, Brad Japhe, and special guests included Garrett Oliver (the founder & president of the Michael Jackson Foundation), Chad & Sara Perkins (from It's Bourbon Night) and the King of Cool himself: the Spirit of Dean Martin. 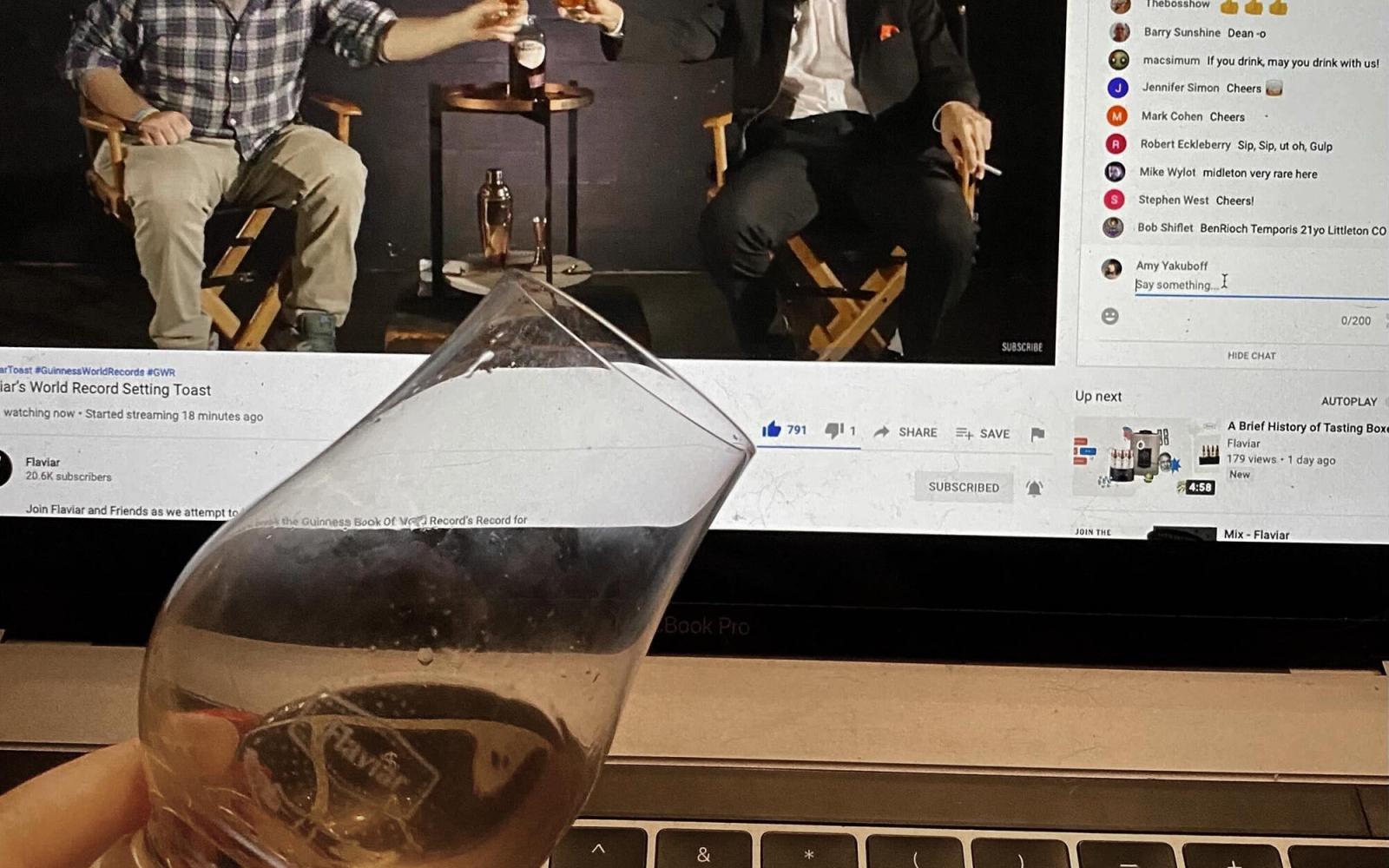 Japhe kicked off the World Record Attempt with a toast, saying: “The challenges of 2020 have been nothing short of monumental; it has made the notion of camaraderie even in the virtual space all the more precious, so I truly cherish this opportunity to bring folks together for a brief moment - a shared celebration - while raising awareness and funds for a worthwhile cause. And let’s be honest, breaking a GUINNESS WORLD RECORD is kinda badass, too. Here’s to being together and F(&K You 2020!”

The Giveaway: a year of booze bonanza

We were feeling extra generous and had a lot of prizes to give away. One of the participants won an epic AF prize: $2000 worth of booze.
- 10 full size bottles
- 1 boozy Advent Calendar
- 1 Homebar stand + cocktail equipment
- 1 Annual Flaviar membership

The shared celebration: drink and be charitable!

Oh, and we weren’t just breaking the record,  we were also doing something philanthropic.

You know who Michael James Jackson was? Not the moon-walkin’ dance machine, no, but the world’s greatest Beer and Whisky writer.
A huge shout out and thanks to our community of Spirits lovers!
Well, during the live streaming, we were raising donations for the Michael James Jackson Foundation for Brewing and Distilling, which offers professional technical training and mentorship to underrepresented groups to provide greater career opportunities within the Spirits industry.

Talk about going down in history!

If you’ve missed the event you can still watch the record - breaking toast here on our YouTube channel.

Big thanks to everyone!

In the words of Flaviar’s co-founder, Grisa Soba: “We did it! Together with our members, we made history  - just by raising a glass. It’s tough right now when you can’t get together with those you want to, and we managed to meet online and hang out like it’s 2019 and get into the GUINNESS WORLD RECORDS™.’’
A huge shout out and thanks to our community of Spirits lovers, we couldn’t have set this record without you! As always, we’re looking forward to dreaming up what we’ll do next to keep you entertained and engaged.
Watch this space!
Read more about:
Published Nov 28th 2020 Updated Dec 11th 2020
By Team Flaviar