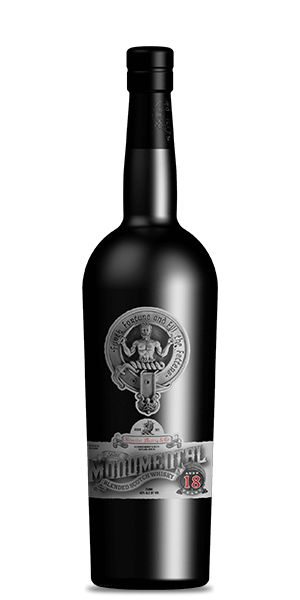 It all started in 1911, when a boy was born in North-East of Scotland. His name was Alexander Murray, a true farmer that marched to his own drumbeat. He grew barley and sold it to local Single Malt producers. He loved Whisky and this love came through genes to Steve Lipp, his great-nephew. He established an independent bottling company bearing his great uncle's name. Based in LA, it searches for the next best thing and lucky for us, they are doing really damn well.

This bottle is a real find and a rare gem. Called Alexander Murray Monumental 18YO, it's a truly unique blended Scotch, a robust concoction with rich flavors and creamy texture. The distiller blended select malt and grain Whiskies following centuries old tradition. A hundred years ago, the single malt content was 75% (today it's 25%). It was matured in ex-Bourbon casks for eighteen years and behold, it's a magnificent bottle of golden Whisky, exploding with character. This seductive bottle won a Double Gold medal at the NY World Spirits Competition in 2017.

The monumental flavor profile makes this Scotch an absolute no-brainer.

The Flavor Spiral™ shows the most common flavors that you'll taste in Alexander Murray Monumental Blend 18 Year Old and gives you a chance to have a taste of it before actually tasting it.

Nose / Aroma / Smell
Sweet toffee, strawberry and yogurt on the nose with notes of malted barley and oak. 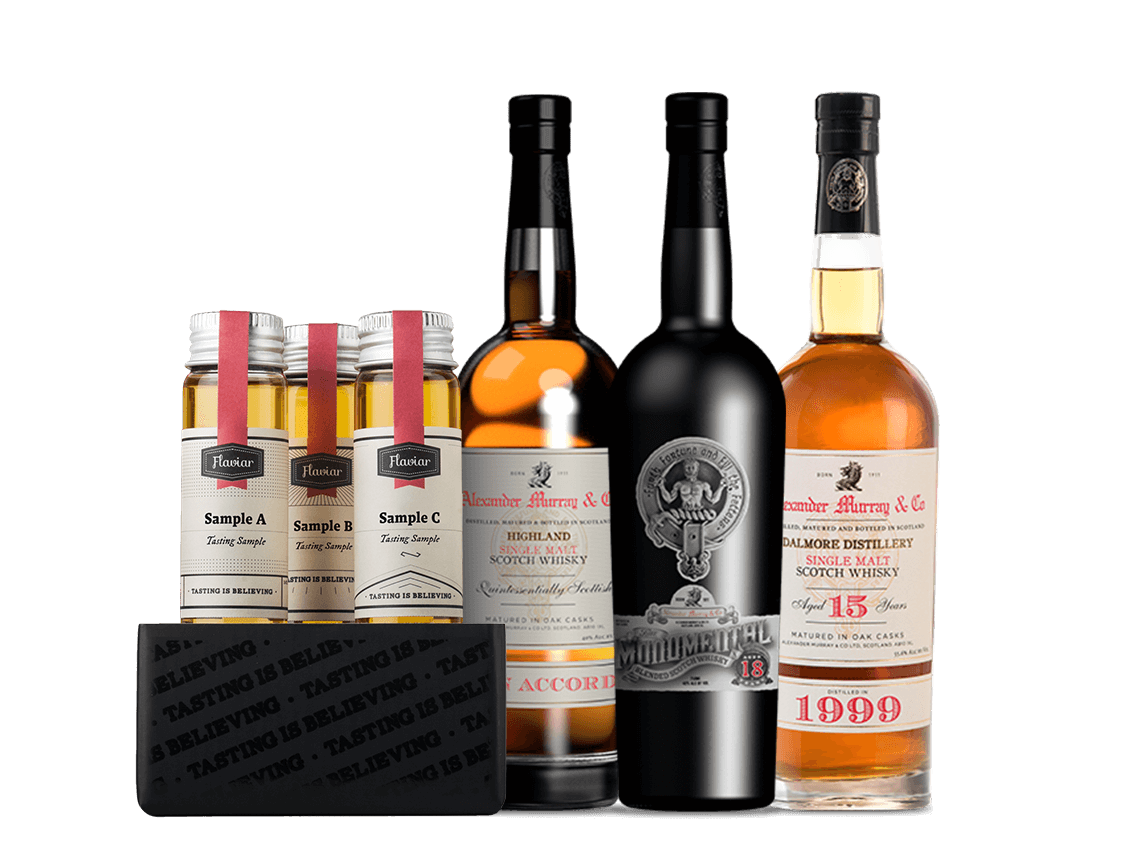 Brian, Jan 21, 2021
Very smooth blend with just enough character to not be forgotten. Been trying to find it for over a year now.

Chris, Jan 19, 2021
This is one sweet scotch. On the nose I got sweet tropical fruit such as pineapple. It almost smelled like a fine, very aged rum. The nose carried through to the taste, I tasted lots of banana, ripe tropical fruit, and sugar, but not vanilla. I have found that Alexander Murray scotches tend to demand a drop of water. That was again the case with this one. After the drop of water I got more of the classic smoky, peatiness of a scotch. It is much better than the 6 rating I gave it, if not for the price. At about $120, there are certainly scotches I prefer.

Antti, Mar 30, 2020
It is a good, complex, Blended Scotch Whisky that has an aromatic birth; while a rich & creamy life leads to a long & complex death with notes of milk & spices.

Mark, Mar 8, 2020
This is a good scotch, I could drink this everyday without thinking about it, but it is nothing to write home about

Gregory, Feb 21, 2020
This blend has a semi-sweet character, medium bodied, and low to medium warming sensation when held in one's mouth. The flavor has a pleasing vanilla or caramel like quality to it, but does not finish as such.

Travis, Jan 16, 2020
Lingers, mellower than the 7 year but still spicy and not at all mellow. Bite really overwhelms the caramel undertone.

James, Jan 15, 2020
It has a tang to it that lingers on the tongue. Not unpleasant but not welcome.

guest, Dec 15, 2019
Pretty smooth and easy scotch. A little sweeter than I normally like but has some light spice and oak notes on the finish. Spice was more prominent with a little water added.

Nakeva, Nov 25, 2019
Smooth and light. Loved the hint of butterscotch & caramel with the light oak hinting to smoky without coming across too strong.

Nathan, Nov 16, 2019
What a lovely, sweet and complex blended Scotch! From the first sip I knew I'd be back to taste again and again... Smelling lightly of fruit or berries with a good, mild Oak note. The tart fruit flavor melts into deep, sugary caramel as it lingers on the tongue, and a hint of spice tantalizes the senses with a luxuriously long finish. The first and still the only blended Scotch I enjoy sipping unaccompanied.

Worth, Sep 28, 2019
Smooth and sweet, but a little too peaty for my untrained-to-scotch palate.

richard, Aug 18, 2019
Smooth with a sweet taste, easy to drink. Just a little kick of heat at the end

Zach, Jun 23, 2019
I get the milky mouthfeel, but you can only enjoy the sweetness of you get past the firestorm!

Christopher, Jun 5, 2019
Good stuff. Smooth and sweet, with enough peat to keep it nice and complicated.

Robert, Mar 21, 2019
Sort of a boring dram. Not much flavor to it but I do enjoy peat and smoke the most. Very smooth. I get the Carmel, butterscotch the oak and the milk. It has a really nice mouthfeel.
Load more reviews